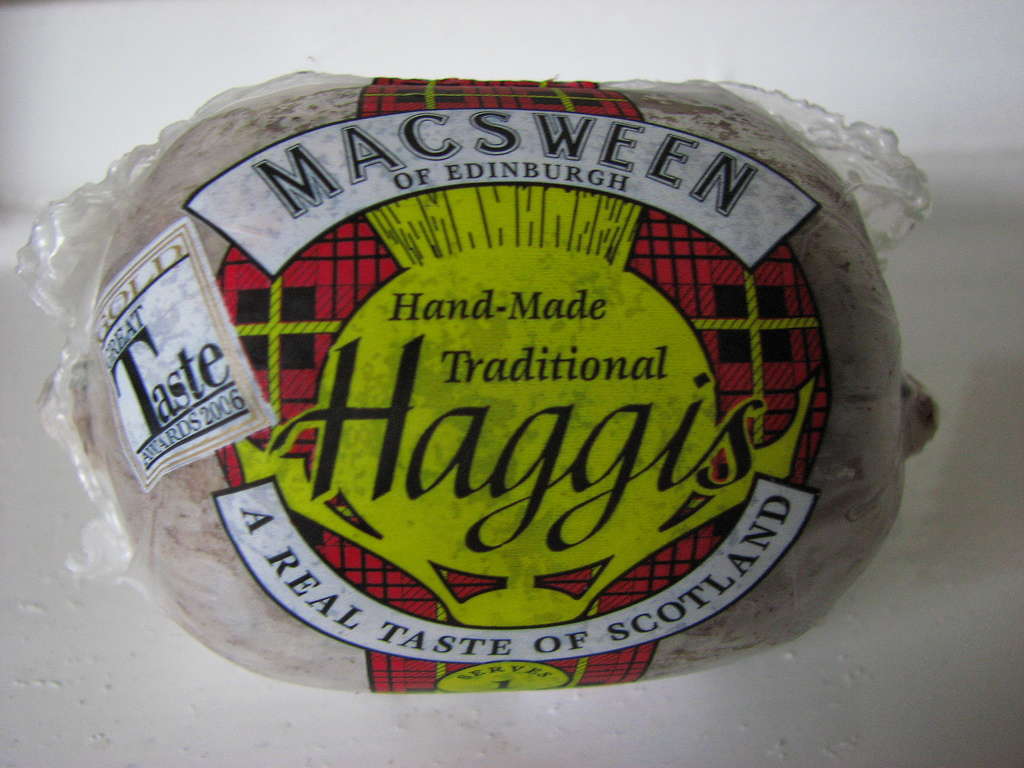 Robbie Burns Day has never been considered a highlight of the international calendar. It’s the haggis-centric nature of the event that tends to work against its popularity. Other Scottish products suggest themselves as far more suitable candidates for celebration but unfortunately for marketers it was this traditional mix of oatmeal and organ meats that inspired Burns to take pen in hand. The Scottish Bard elevated the stuff to the position of “Great Chieftain of the Pudding Race,” but realistically it is a non-elected post. Hard to believe it would win a popular vote.

The unpopularity of haggis was recently brought home to me forcefully.  While visiting family in Toronto a year ago last Christmas I found a can of haggis at a specialty deli. Thinking to honour our family’s Scottish ancestry I bought it, wrapped it up in festive paper, and presented it to a relative. This Christmas I received from that same relative a can of haggis. The same can of haggis. Revenge, unlike haggis, is a dish best served cold.

Simmering family feuds aside, this meant I was now in Toronto with a can of haggis that needed to be taken home to Vancouver (my relatives were firm on that point). It seemed like a good opportunity to test our nation’s airport security system. Reaching the screening area I removed items from my carry-on bag and placed them in trays on the conveyor belt—my laptop, my cell phone, the can of haggis. The laptop and phone got through fine. The haggis, while not exactly exciting suspicion, did get some attention. “What’s in it exactly?” a security screener asked.

I certainly hoped not. “People don’t like it much though,” I offered. “Is there an official policy on it?”

He shook his head. “Never seen it before,” he said. The haggis was cleared for boarding.

I didn’t open the haggis in flight. But I could have. Perhaps it’s an issue that needs to be examined. Write your MP.