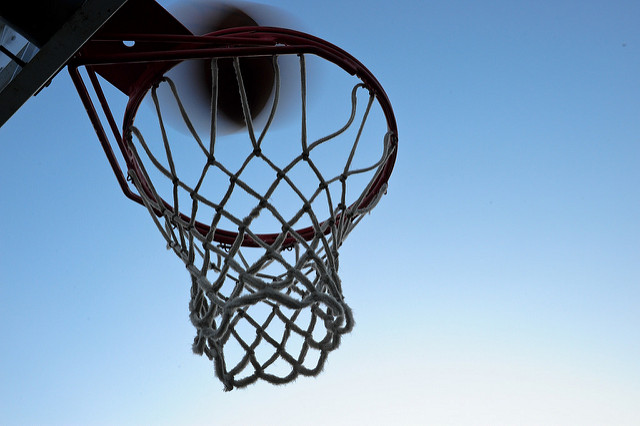 The year 1996 was a good one for basketball. Michael Jordan led the Chicago Bulls to victory in the NBA Finals after an historic season; elsewhere, a young Shareef Abdur-Rahim was drafted to the Vancouver Grizzlies, beginning his impressive career with the franchise. As their leading scorer and rebounder, he quickly became the star of the team. “I tried to be as well-rounded as I could,” he says.

When the Grizzlies left Canada and moved to Memphis in 2001, the Atlanta Hawks acquired Abdur-Rahim. “Playing basketball, I got the opportunity to travel and meet a lot of wonderful people,” he says. “Personal highlights would be winning a gold medal [at the 2000 Olympic Games in Sydney, Australia] and being drafted.”

What began in 1996 ended 12 years later with his retirement in 2008. As any athlete knows, the clock always runs out. “I miss the competition, it’s a void, but you find ways to channel that energy in other things you do,” says Abdur-Rahim. “Basketball is still in some ways an example of life: it plays out; you find different ways to compete.” He went on to finish his undergraduate in sociology at Berkeley, and started the Future Foundation, which provides support services for at-risk youth in Atlanta.

It’s hard to believe it has been 15 years since the Grizzlies left Vancouver. But this past weekend, Abdur-Rahim was back on his old turf for the NBA Canada All-Star Challenge at UBC, where fans could compete in basketball drills for the chance to win an all-expenses paid trip to Toronto for the All-Star Game.

Abdur-Rahim sits patiently for interviews in the storage room of UBC’s War Memorial Gym, the only place where it’s relatively quiet. The sound of sneakers skidding across the gym floor, the pounding of basketballs against the hardwood, and the shouts of young men and women can still be heard from behind the closed doors. Someone in the room leans over to Abdur-Rahim and whispers, “Your Grizzly jersey was the first one I ever owned.” Vancouver in 1996: the time and place that stitched the fibers of that shirt, lasting long after the logo started to fade.

If Abdur-Rahim could go back, he would tell his younger self to enjoy it. “It goes by really, really fast,” he says. “Just stop, walk around, and take it in. I was so focused on trying to do well and be good that I didn’t always appreciate the moment.” The sounds of students playing ball suddenly seem far off, as if on the edge of wakefulness from a dream. The clock stops, and a buzzer echoes through the room and through the years.