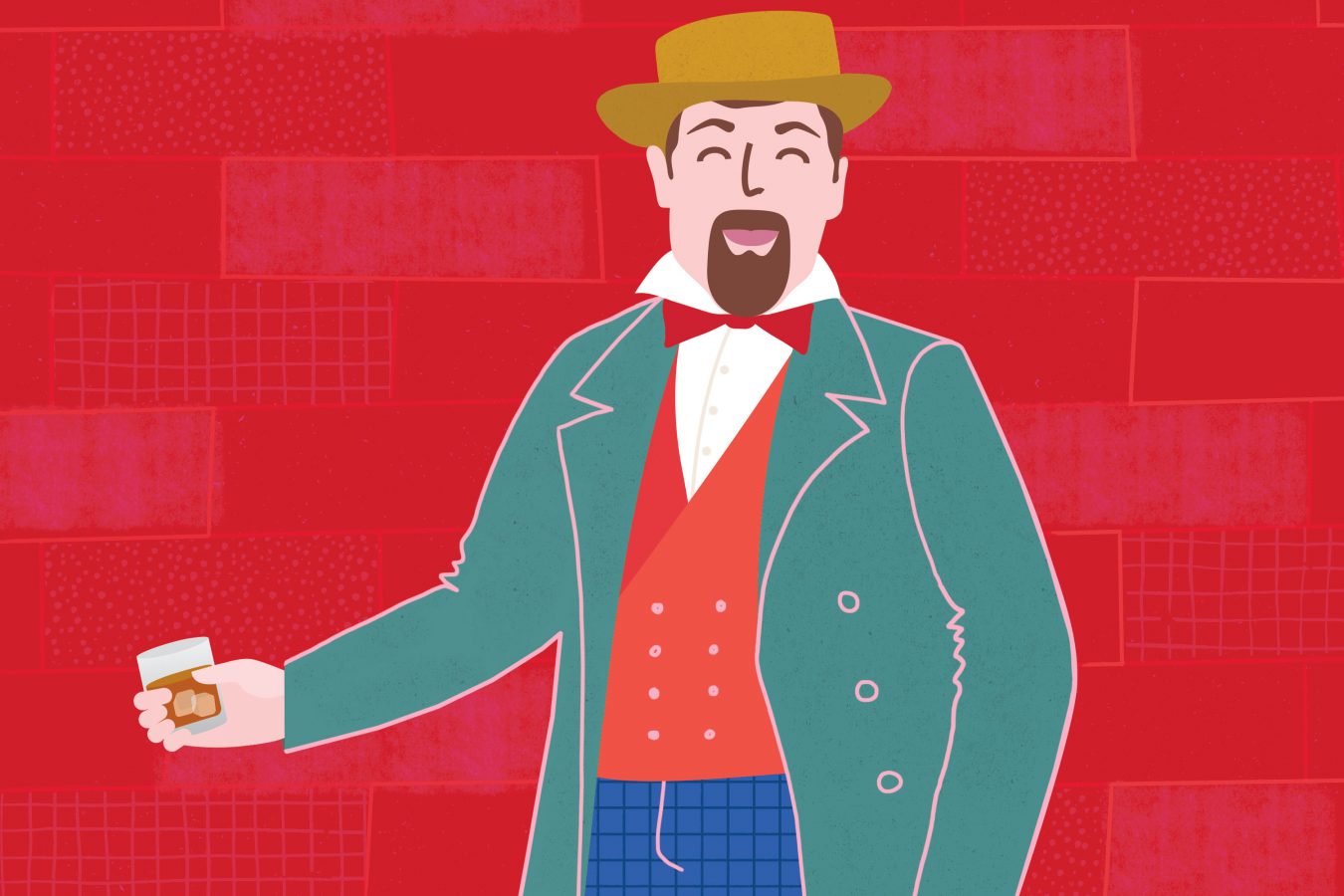 Over 100 years ago, a determined, boisterous man rowed onto the shores of what is now known as Gastown. With him was his small family, and in his canoe sat a dozen barrels of whisky swishing and sloshing as they made their way through Burrard Inlet.

This is what many historians speculate the arrival of Jack Deighton to have looked like. Known widely as Gassy Jack, Deighton is considered the creator of Gastown; a British sailor from Hull, England, he made his way over to North America in the 1850s in search of a fortune during the California Gold Rush.

With a boastful personality and a fondness for spirits, Deighton opened a few saloons in the Lower Mainland after failing to make anything of himself down in California. He was known for being unhinged, rugged, and upfront, leaving behind a piece of his reputation with every interaction.

Today, at the intersection of Water and Carrall, a statue of Gassy Jack, created by Vern Simpson, stands tall on a barrel of whisky, with a plaque at his feet reading “The Founder of Gastown.” Despite his cult icon status, many are unaware of how exactly a British malt-lover from England went about shaping the neighbourhood.

John Atkins, a Vancouver civic historian, author, and heritage consultant, sheds a light on the life of Deighton, and how he incorporated the opening of a saloon into an otherwise quiet, early townsite. “He was stout, barrel-chested—what you would expect an old sea captain to look like,” Atkin says. “John Deighton; Jack for short; and ‘Gassy’ was quite simply because he talked too much.” Deighton was married to a woman from a First Nations community and brought the “Gassy” nickname with him from New Westminster (where he had first tried to open a saloon, but failed). In New Westminster he was known for telling curious, rousing stories of his time spent at sea. “It was part of his nuisance value—he just talked,” says Atkin. “And so, you’re a ‘gasser’ in Victorian slang.” The year was 1867, just months away from the establishment of the Dominion of Canada.

Deighton was among the early waves of British sailors reaching the beautiful coastal terrain of the Pacific Northwest. For thousands and thousands of years prior, the land had been home to Indigenous communities including the Salish, Musqueam, and Squamish bands. These First Nations people established flourishing settlements in areas we now refer to as Stanley Park, Burrard Inlet, and the North Shore. They lived in general peace, exchanging goods and wealth at potlach ceremonies, and using the land for its abundance of natural resources like fish and seasonal plants. Vancouver today is settled on the unceded territories of these communities.

Deighton arrived on the coastline during one of these waves of exploration during the 1800s, and he had the same sentiment found amongst most British sailors at the time: he was an opportunist interested in making a pretty dime in the Gold Rush. But, he also shared a common vision with every surveyor and businessman to put roots down in the area: that this deep-sea port could one day serve as a major trade destination for both European and Asian vendors.

Trade was, in fact, already taking place in the Commonwealth, and a local sawmill was one of the only commercial structures on the coastline, setting the tone for a town-to-be. “There was a group of men on the shoreline, but there was nothing but the mill,” says Atkin, who describes how the Hastings Sawmill provided cities across the British empire like Sydney, and parts of New Zealand, with large, extremely rich pieces of lumber that were used to build structures across the world. With not much going on in the area for early colonial settlers outside of work, Deighton took it upon himself to open something leisurely: a saloon.

“There’s no way of proving or knowing if he went to the mill and said, ‘I got booze and you got lumber,’” says Atkins, pointing out that many historians claim that Deighton had the saloon site established within hours of arriving, bribing the mill workers with his many gallons of whisky. Regardless of how it came to be, the establishment took off. “He’s a much more complex personality than just a guy with a barrel of whisky,” Atkins asserts. “He was that difficult saloon owner who happened to just build it, and people came.” Atkins describes how Deighton, due to his larger-than-life nature, had several run-ins with the law—including opening that first saloon, called The Globe, on government land.

The shabby, 24-by-12-foot structure was built in an area known as Luck-Lucky, or Maple Tree Square, just steps away from where Deighton’s statue stands today. “Early buildings were called board-and-batten, so essentially a wide board or short board to cover the gaps,” Atkins explains. “[The Globe] was relatively small thing. Jack was squatting on government land, and the saloon was a reasonable success.” A trail on what is now known as Alexander Street, stirred up in the early hours of the morning, would soon form between the mill and the saloon.

Though it was quite humble in its construction, so many men and families congregated around The Globe that in 1870, the government implemented a six-block city around the pub. This townsite took on the name of Granville after colonial secretary Lord Granville. “The colonial surveyor was sent over to create order in the chaos of the forest. There were enough men camping outside of the saloon that the government wanted to bring order to that,” says Atkins. “I think what’s important about the name is that it stuck, so that even the British charts didn’t use Granville, the official name for the townsite. They used Gas Town or sometimes Gassy’s Town on the chart. And they used these names right through into the 1880s, up to the incorporation of the City of Vancouver.”

With the city of Granville coming to fruition, Deighton was forced to abandon The Globe, so he purchased a parcel of land just around the corner at Carrall and Water. He then opened the two-storey spot known as the Deighton Hotel. “This establishment was a bit classier, though no artisanal cocktails could be found,” says Atkins. “I’m presuming you’re going to get your hands on the usual suspects, which are whisky and gin. And served straight-up.”

The Deighton Hotel was made up of a billiards room, several bedrooms on the second floor, and a veranda shaded with maple trees outside. It was a local joint that brought in out-of-town spirits from Toronto and Montreal—becoming one of the first of its kind to initiate this kind of trade—and hosted international businessmen.

The Deighton Hotel eventually burned in the Great Fire of Vancouver in 1886. Thereafter, what became known as Gastown saw a period of revitalization, resulting in the buildings we walk by today. Booming into a district of trade and textile factories up until the 1930s, and then becoming a site of historical preservation in the 1970s, Gastown remained true to its core as a locus of entertainment, leisure, and enjoyment.

Deighton died in 1875, shortly after opening the Deighton Hotel. He would not see the periods of growth and change in the community he so leisurely built from the ground up. Though he was not a major businessman, wealthy stakeholder, or even likely one of the more sober citizens, he instilled a sense of life into a community that can now be found among the brick streets, brick-and-mortar shops, and many lounges, bars, and clubs.

So next time you take a stroll along Carrall, pour one out for old Gassy.