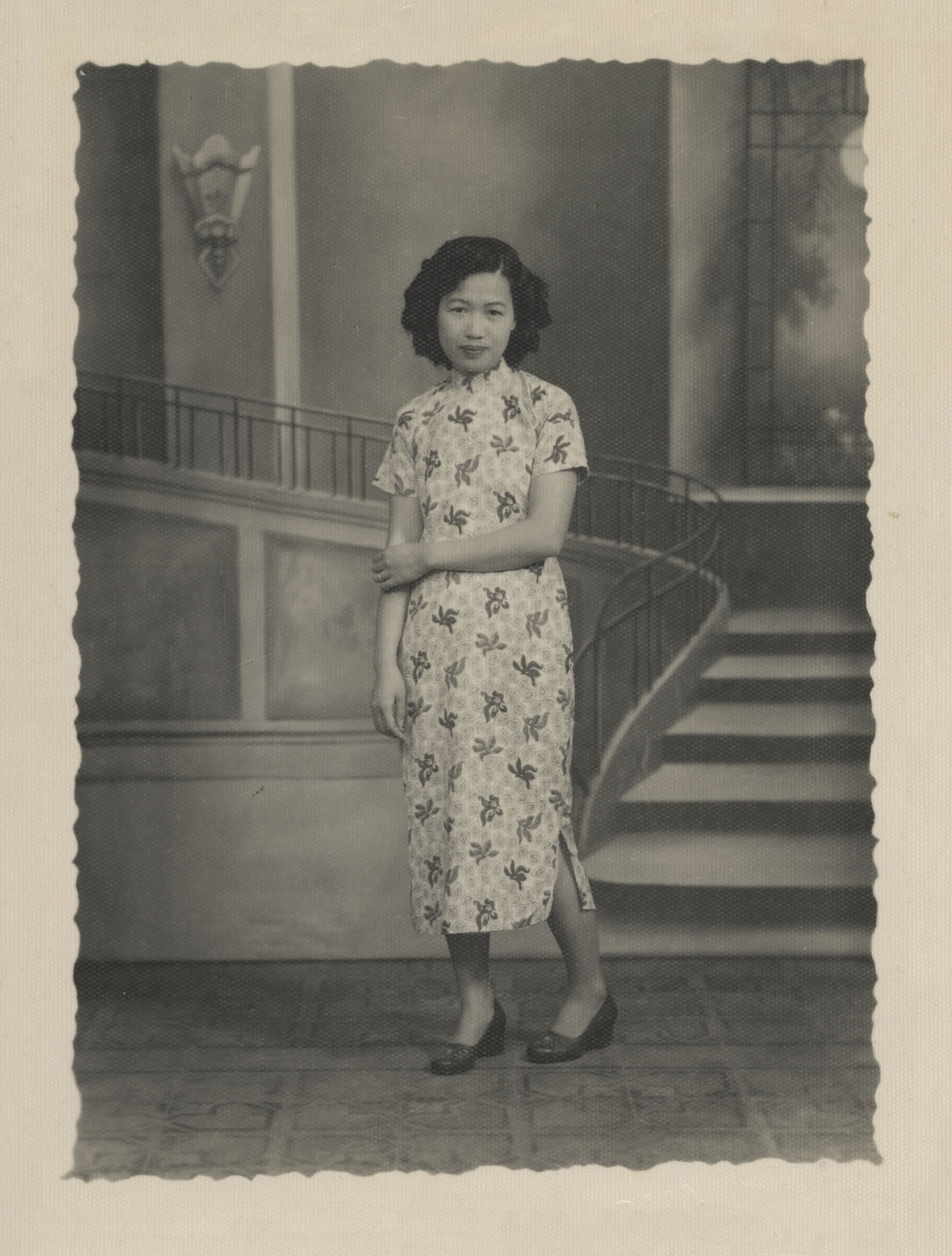 In 2015, my 90-year-old mother, Susan Suk-Fong Wong, went into a long-term care home. Although physically independent, she had for a number of years been living with progressive Alzheimerʼs. Upon clearing out her house, the family discovered bundles of letters strewn throughout her bedroom. Many were tied together and still in the original envelopes. The letters are written in Chinese, which I cannot read or write.

For several years prior to the discovery, I had been living with Suk-Fong in her house, experiencing firsthand a person “losing their mind.” In this case, it was gradual and mostly affected her short-term memory. The brain disorder had a lesser effect on her ability to recount long-term memories. Though at times she could not remember what she had just had for lunch, she could vividly remember specific people, places, and events from her formative years. Conversations with her were akin to watching or creating a Structuralist loop film, where ideas or images are repeated, edited, ruptured, and repeated again. Often in Alzheimerʼs cases, a person can return into using only the first language for her, Toisanese which is also my first language, one that I speak fluently.

Living with a person “losing their mind,” I was struck by the concept of what is being lost. My observations included deep listening, photographing, and video recording. I recorded the subjectʼs environment: a rose blooming in the garden, empty rooms, moments of silence, and Suk-Fong singing Chinese karaoke. I found myself drawn to mostly the “things Chinese.” My approach to documenting has been developed from over four decades of making art. There is almost always a lens between me and framing the world; I shoot the everyday. Here, the subject was intimate: my mother was accustomed to my creative processes and very familiar with where I have previously used family stories and materials of the Chinese diaspora in projects such as Chinese Cafes: The Five Elements (1966), Yellow Peril: Reconsidered (1990), Chinamanʼs Peak: A Walking the Mountain (1992), Blending Milk & Water: Sex In The New World (1996), Wah-Q, The Overseas Chinese (1998), Class of 2000, and I Am a Refugee (2000).

Suk-Fong was the third of eight children, the only one to escape communism and go abroad. In 1949, when her Chinese Canadian fiancé, Hoy Ming, came to get her in Hong Kong, she fainted. He had been introduced to her by mail and had only provided her with photographs of himself as a much younger man: he was thirty years her senior. He had arrived in Canada in 1923, during the period of the Chinese Exclusion Act and the head tax, when Chinese women were also barred from entering Canada. He followed in his fatherʼs footsteps, who had come to Canada as a labourer in the 1880s.

As a sojourner, Hoy Ming travelled back and forth to China and raised a family by earning money in Canada. His first wife committed suicide during the Japanese army pillaging of their village in the 1940s. I suspect my motherʼs willingness to marry this old man was that she was considered a “tainted bride.” They married and came to Canada. In Prince Rupert, BC, Suk-Fong gave birth to two girls and two boys, between 1951 and 1954, of whom I am the youngest.

In 1962, she moved to Vancouver with four small children, for better economic opportunities. Hoy Ming remained working in Prince Rupert, while Suk-Fong owned and operated a corner grocery store until her husbandʼs death in 1969. After that, she worked as a waitress. Through all of this, she had been regularly receiving letters from her family in southern China. For them, she represented their hopes and dreams of also going overseas: she was their ticket to freedom.

Regardless of her own limited financial resources, Suk-Fong fed into these hopes and dreams by managing to send them bundles of used clothing, goods, and money, for which many are grateful to this day. She did this during her own tumultuous life, raising a family as an immigrant woman in Canada during the 1950s, ʼ60s, and ʼ70s, when the effects of one hundred years of legislated anti-Asian discrimination was still very widely accepted and practised. The pressure to help must have been an enormous burden.

Over the decades, the siblings not only report on their day-to-day struggles but repeatedly beg for extra help, first for themselves and then later for Suk-Fong to do everything in her power to get their children abroad through student visas, marriage, or jobs. The letters include incessant requests for more money, help for food, medicine, education, celebrations, radios, watches, sewing machines, bicycles, televisions, tape recorders, cameras, motorcycles, fridges, and more. Suk-Fong speaks to this on camera prior to her first return to China in 1982, featured as the opening scene of Ordinary Shadows, Chinese Shade. The film includes many scenes with those siblings in China.

This book is the result of five years of working with the letters. It has been a daunting task to know how, when, and where to start or stop engaging with these epistolary materials. This process has involved the time and resources of many people, who assisted in identifying, cataloguing, digitizing, and translating these nine hundred letters written by ninety writers from 1956 to 2015. As a visual artist who cannot read or write Chinese, I was first attracted to the aesthetic and tactile qualities of the handwritten paper letters. Some letters in their original envelopes contained messages from multiple writers, written on scraps of rice parchment. Others were beautifully written on neatly folded paper with formal letterheads. Many of them included photographs, drawings, and newspaper clippings.

The letters, which span nearly six decades, cover an extraordinary period of personal, Chinese, Canadian, and global histories. Suk-Fong was born into the violence of the early twentieth century, experiencing the dismantling of feudal China, the Japanese Occupation, the Second World War, the communist revolution, and Canadian colonialism and discrimination. This is a rare collection of letters written to one individual whose voice is absent but nevertheless present.

Intriguing is what is said between the lines and the distance created by the epistolary form in which news is often delayed by weeks, months, and even years. What should or could not be written down was a dilemma for the writers, fearing authorities could intercept the internationally destined mail. The communists had classified Suk-Fongʼs family as members of the bourgeois. In China, they suffered greatly during the 1950s: some family members were sent to re-education camps, banished to remote parts of the country, or executed. The extreme political periods account for gaps in letters received or letters with sparse information. What makes this collection unique is that not only is it a rare history of Chinese Canadian migration, but it is told in the traditional handwritten letter a form of daily communications that has been replaced by digital technology.