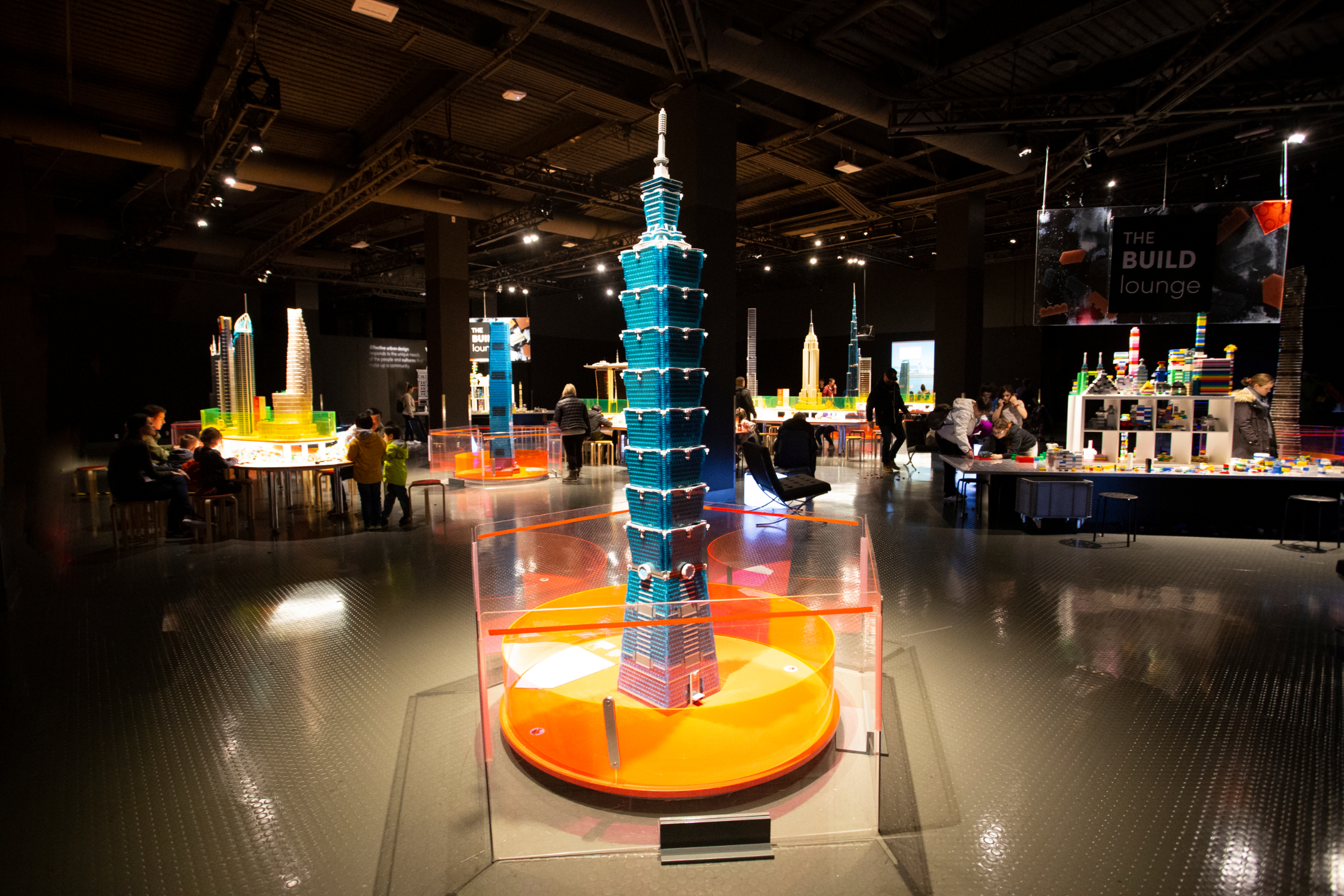 “He’s nailed the shape of it,” he says, pointing to the Shanghai Tower’s curved façade, and the way each floor rotates slightly as it stacks up, tapering with a twist.

Sather is one of 15 people in the world certified as a Lego professional, and currently Canada’s only official expert. Known to hop on a plane to build Lego across the country at any moment, last week he was in Vancouver putting the finishing touches on Science World’s new exhibit, Towers of Tomorrow, featuring 20 of the world’s most iconic skyscrapers.

Though Sather wasn’t the architect behind this particular set of buildings, he tips his hat to his Australian counterpart, Ryan McNaught, who spent six months and more than half a million bricks building the towers before shipping them to Vancouver for the latest stop on their multi-city tour.

Sather is particularly impressed by McNaught’s deft rendition of the Shanghai Tower. In real life, China’s tallest building tops 2,000 feet; its Lego doppelganger stands over 10 feet tall and is accurate down to the smallest detail, including its upper-storey wind turbines and indoor gardens.

It took 104,800 bricks to build this Shanghai Tower. Photo courtesy of Science World.

If you were to horizontally slice out a single floor, it would look like a guitar pick, he says. “It’s a very tricky build to do in Lego—all these organic shapes.” Especially without cheating—Sather and McNaught are both Lego purists: no bricks were modified or cut to build these towers, nor were any custom-made.

Does that mean anyone with the time, skill, and bricks could make a tower like it at home? 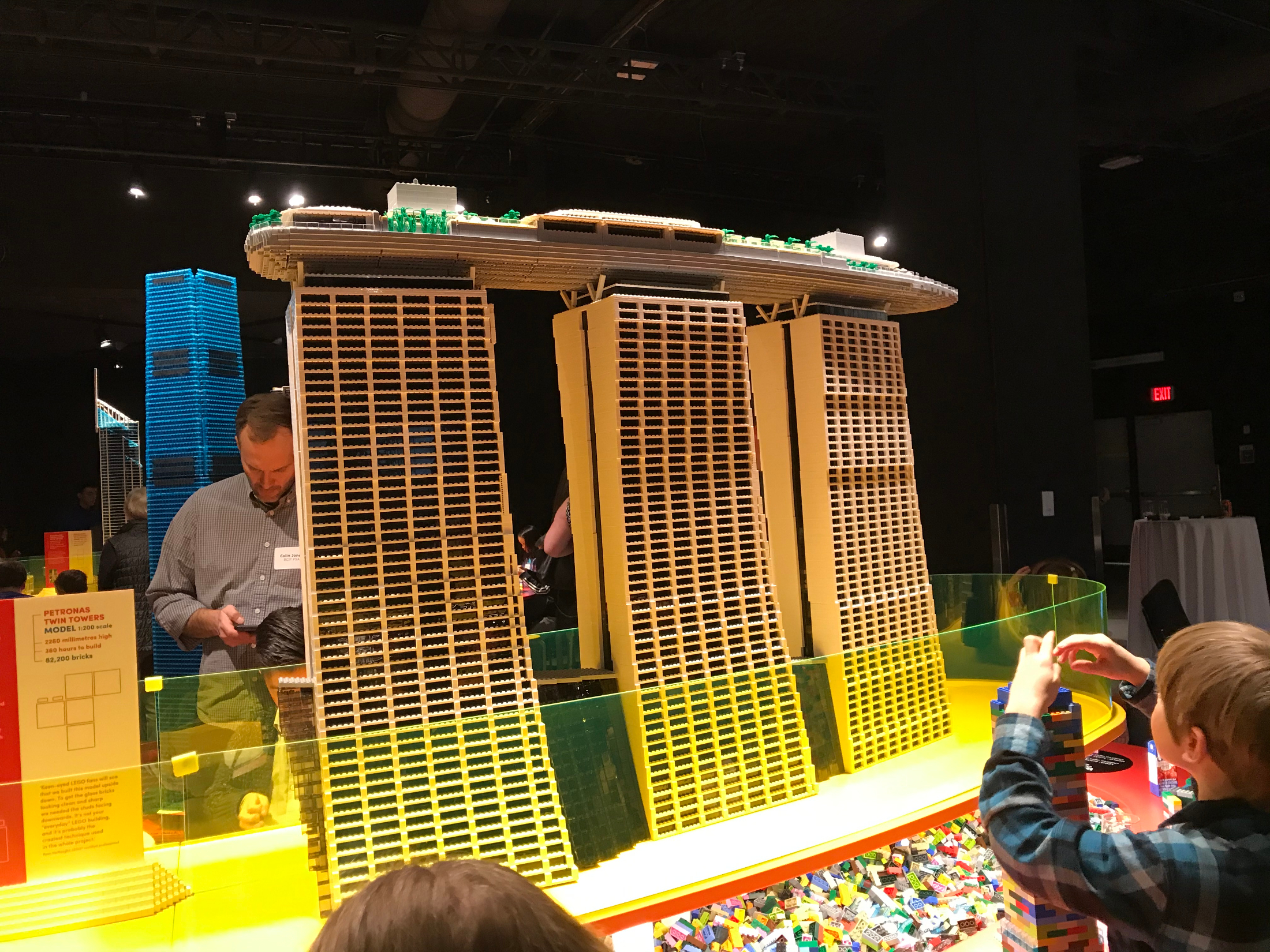 It took 155 hours to build this Marina Bay Sands out of 26,400 Lego bricks. Here, enthusiasts of all ages try to build their own. Photo by Robin Perelle.

Science World wants to nurture precisely that creativity and ambition; they’ve even supplied the bricks and assembly space to give it a try, right there in the heart of the exhibit.

Perched on long tabletops above troughs of colourful lego bricks, many of the exhibit’s main attractions stand surrounded by opportunity—the means and encouragement to replicate great works of architecture ourselves, if only at 1/200 of their size. 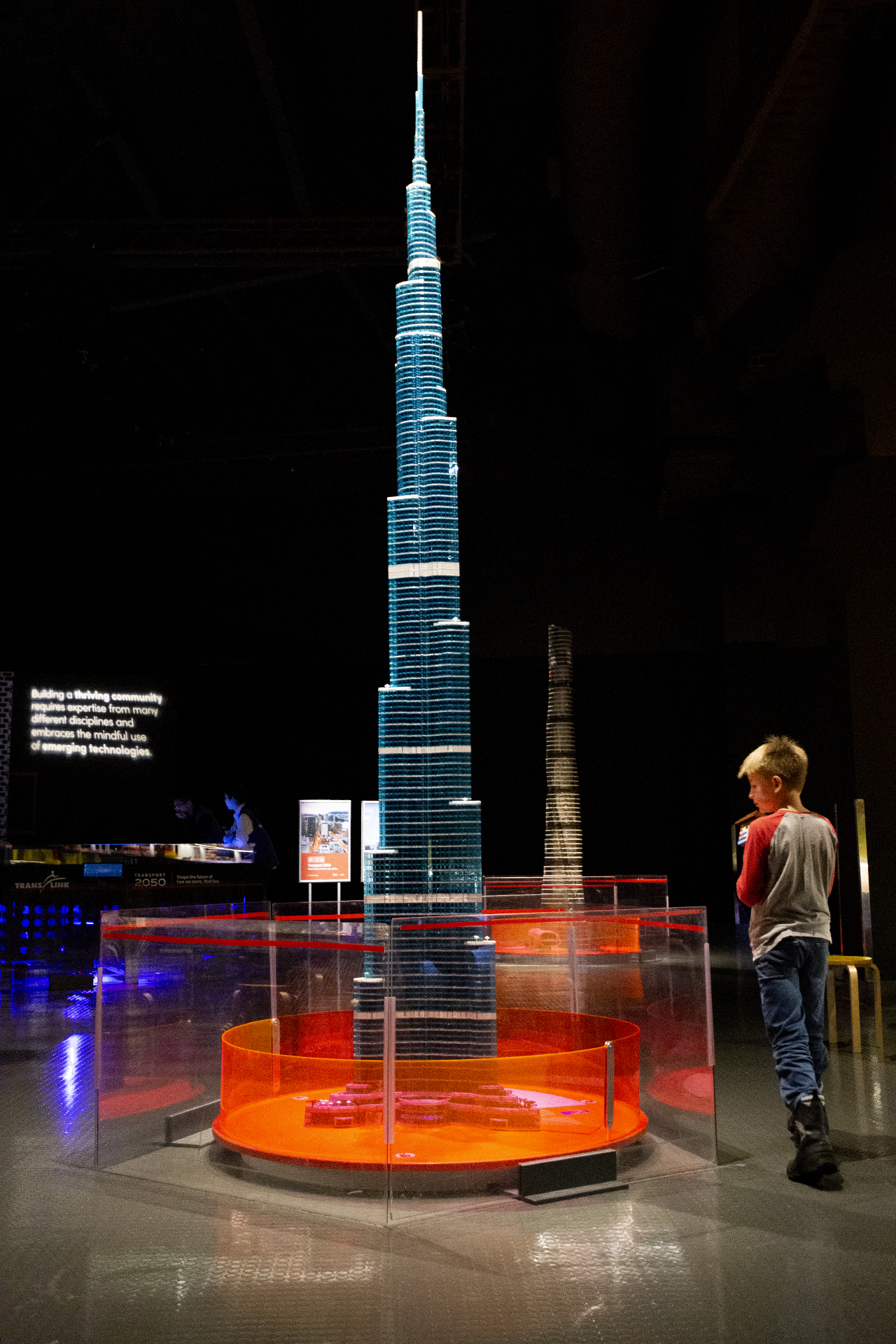 At 2,716 feet the Burj Khalifa in Dubai is the tallest building in the world. This Lego version was built in five tiers since it was too tall to fit in the workshop. Photo courtesy of Science World.

Towers of Tomorrow runs until September 7, 2020 at Science World at the Telus World of Science in Vancouver.