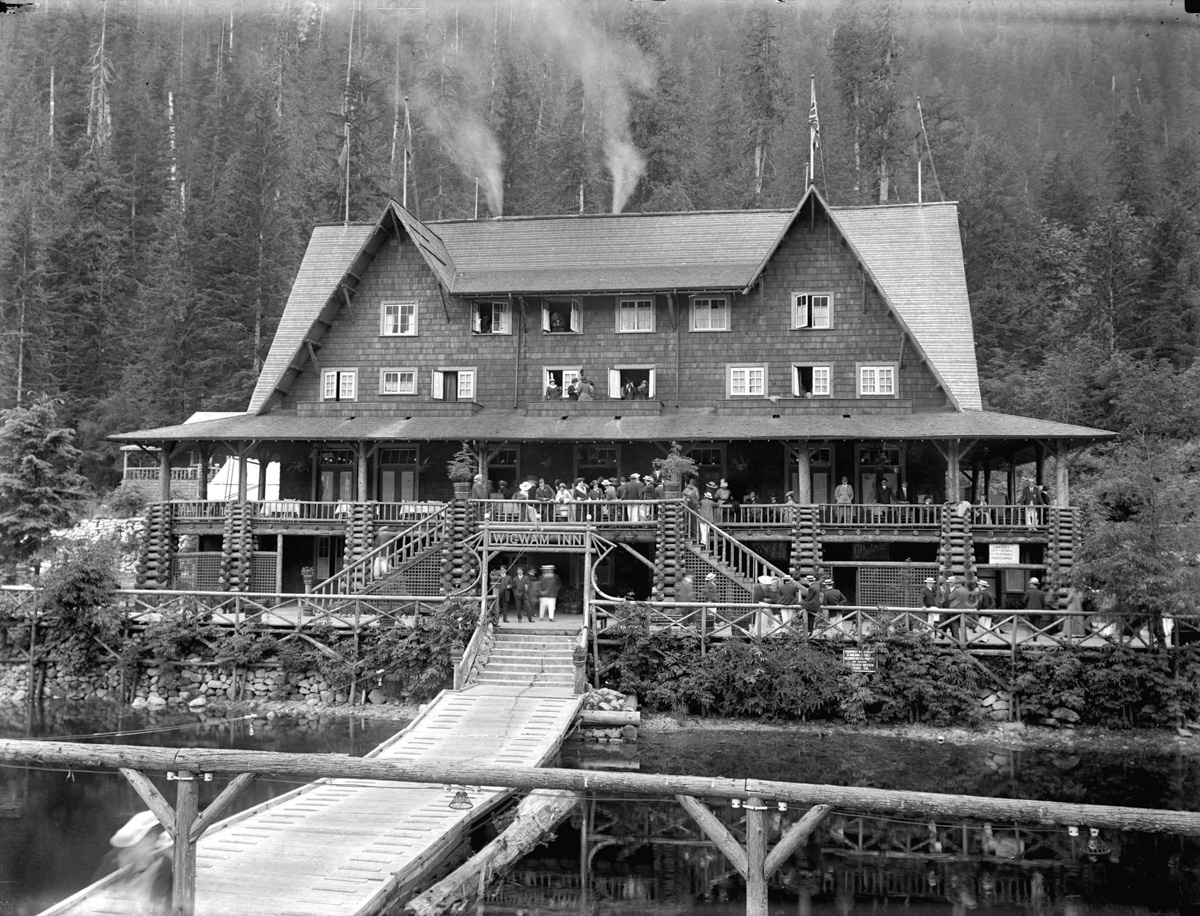 The Wigwam Inn, circa 1912, when it was a German resort. Photo courtesy of the Vancouver Archives, LGN 1028.

The following excerpt was taken from the chapter “The Wigwam Inn at Indian Arm” in Vancouver Exposed: Searching for the City’s Hidden History by Eve Lazarus. Permission to reprint this excerpt was provided by the publisher, Arsenal Pulp Press.

A few years ago, when I found out that the Deep Cove Heritage Society offered a boat ride up Indian Arm as one of its summer fundraisers, I immediately booked a ticket.

I’ve wanted to see the Wigwam Inn since I started researching its first owner, Alvo von Alvensleben, for my book At Home With History. Aside from having a name you couldn’t make up, he was the son of a German count, and after having a row with his father, landed in Vancouver in 1904 with just a few dollars in his pocket. He fished for salmon and did other labouring jobs, started speculating in land, and within a few years became a successful financier and developer.

In the early 1900s, Benny Dickens, an advertising manager for the Daily Province, saw potential in creating a resort at Indian Arm and bought up a few hundred acres of land. He quickly ran out of money and turned to Alvensleben for help. Alvensleben financed the building, changed the theme from Indigenous to German, and created a Luftkurort (fresh-air resort). It attracted guests such as American millionaires John D. Rockefeller and John Jacob Astor, before he went down with the Titanic in 1912.

Unless you own a boat, Indian Arm is fairly inaccessible, yet that wasn’t always the case. In 1910, the year the Wigwam Inn opened, there were four different sternwheelers taking guests up and down the arm from Vancouver. Alvensleben was selling lots for $200 to $300 and promising a private boat service to Vancouver that guaranteed to get business people to the office by 9 a.m. 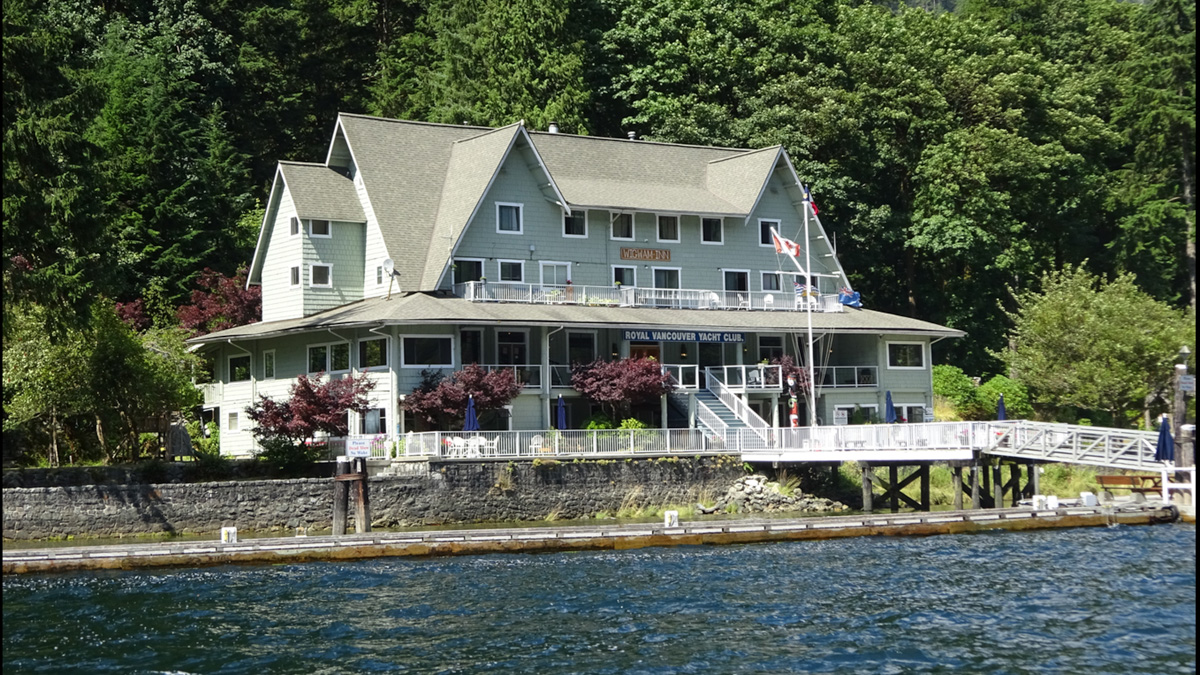 When the First World War hit, Alvensleben became an enemy alien, and the government seized all of his property. The Inn was sold and changed hands many times, and it all but disappeared from public view until the early 1960s when William “Fats” Robertson and his lawyer Rockmill “Rocky” Myers took control.

On Saturday, July 28, 1962, Marine Constable Gale Gardner and others from the Gibsons RCMP detachment were ordered to report to HMCS Discovery at Deadman’s Island in Coal Harbour. When they arrived, they met up with a second police boat full of officers from the liquor, gambling, and prostitution squads, as well as general investigators, senior members of the force, and a police dog. They arranged to leave Deadman’s Island so they would arrive at the Wigwam Inn just after midnight.

“Timing was essential so that the raid could take place early Sunday morning, because then all activities at the inn would be illegal,” Gale told me. “When we were close, all the running lights were shut down and our vessels were moored at the marine dock. Then members rushed ashore and all hell broke loose.”

Robertson, 34, was arrested and put in the galley of one of the RCMP boats. Twenty-three-year-old Gale was sent to guard him. “Even today, I can still see the forlorn Fats Robertson sitting there, his empire busted,” says the former RCMP officer.

Fats Robertson and 30-year-old Rocky Myers were charged with conspiring to bribe Corporal Jack McDonald of the RCMP drug squad. They were sentenced to six years in jail.

After his release, Robertson lost his trading privileges on the Vancouver Stock Exchange for manipulating the share price of two junior mining companies. He was back in the headlines again when he was caught heading up a major drug trafficking ring. Police seized over $4 million worth of cocaine, and Robertson was convicted and sentenced to prison, this time for 23 years.

He was out in eight, had his trading privileges reinstated, and in 2003 was back in the news yet again when a former insurance salesman from West Vancouver who moonlighted as a hit man said Robertson had contracted his services for two murders in 1969.

As for the Wigwam Inn, the Royal Vancouver Yacht Club bought the inn in 1985. Now it’s strictly for members only.

Eve Lazarus is an award-winning North Vancouver–based journalist and author. Her passion for true crime and non-traditional history has led to nine books of non-fiction, including Arsenal titles and B.C. bestsellers Murder by Milkshake (2018); Blood, Sweat, and Fear (2017); and Cold Case Vancouver (2015). Read more stories of Hidden Vancouver here.