“There’s a language and a history behind everything,” says Bruno Moinard.  We’re at the Gastown location of the design showroom and concept store, Avenue Road. The French designer, best known for his work on Maison Cartier retail spaces worldwide, is here to discuss his furniture line, Bruno Moinard Éditions, exclusive to Avenue Road in North America.

Moinard’s history as an artist (he is a sketcher first, he insists) began in Normandy, France, where he learned the upholstery trade from his father, a furniture store owner.

“With my father, it was very classical,” he says. He recalls making curtains and tie-backs before entering the École nationale supérieure des arts appliqués et des métiers d’art at the age of 16. In 1979 he joined Ecart International, working with architect Jean-François Bodin and production designer Andrée Putman on the interiors of boutiques including Yves Saint Laurent and an apartment for then–French president François Mitterrand. Moinard opened his own design firm, 4BI et Associés, in 1995. 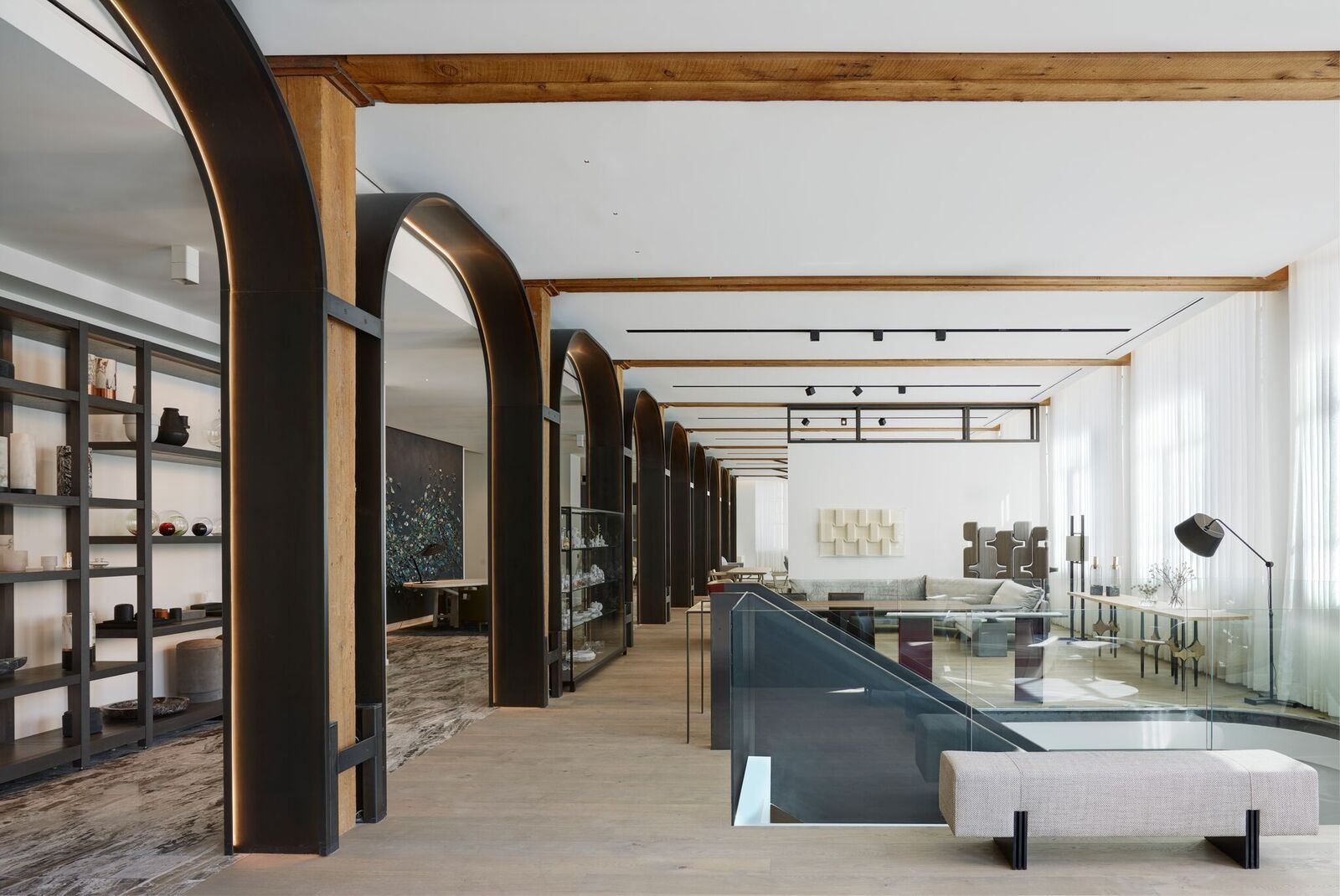 “It’s always full of little secret details you can discover over time,” Moinard says of his designs.

“The eye draws you to it so that the hand touches it.” Some of his armchairs and sofas are constructed without visible seams—a major feat in the design world—and varnished bronze and woods such as oak and walnut can be found in shapely table lamps and sleek coffee tables. “I always want to make the materials suffer a bit, and change a bit,” he notes.

With 4BI, he has become synonymous with luxury design, working with Cartier, Hermès, and Balenciaga. He has worked on the interior of hotels (most recently London’s Four Seasons) and created public spaces including Qatar’s Galeries Lafayette. Although his scope is worldwide, Moinard remains true to his French roots.

“I love Paris. It is my culture,” Moinard says, describing his studio and its view of the Eiffel Tower. Casting himself as the director of an orchestra, he regards his team in France as crucial to bringing Bruno Moinard Éditions to life. “It’s not so much design,” he argues. “It’s more about style and savoir faire.”

Bruno Moinard Éditions is available exclusively in Canada at Avenue Road’s locations in Vancouver and Toronto, and online at avenue-road.com

Read more from our Design column.