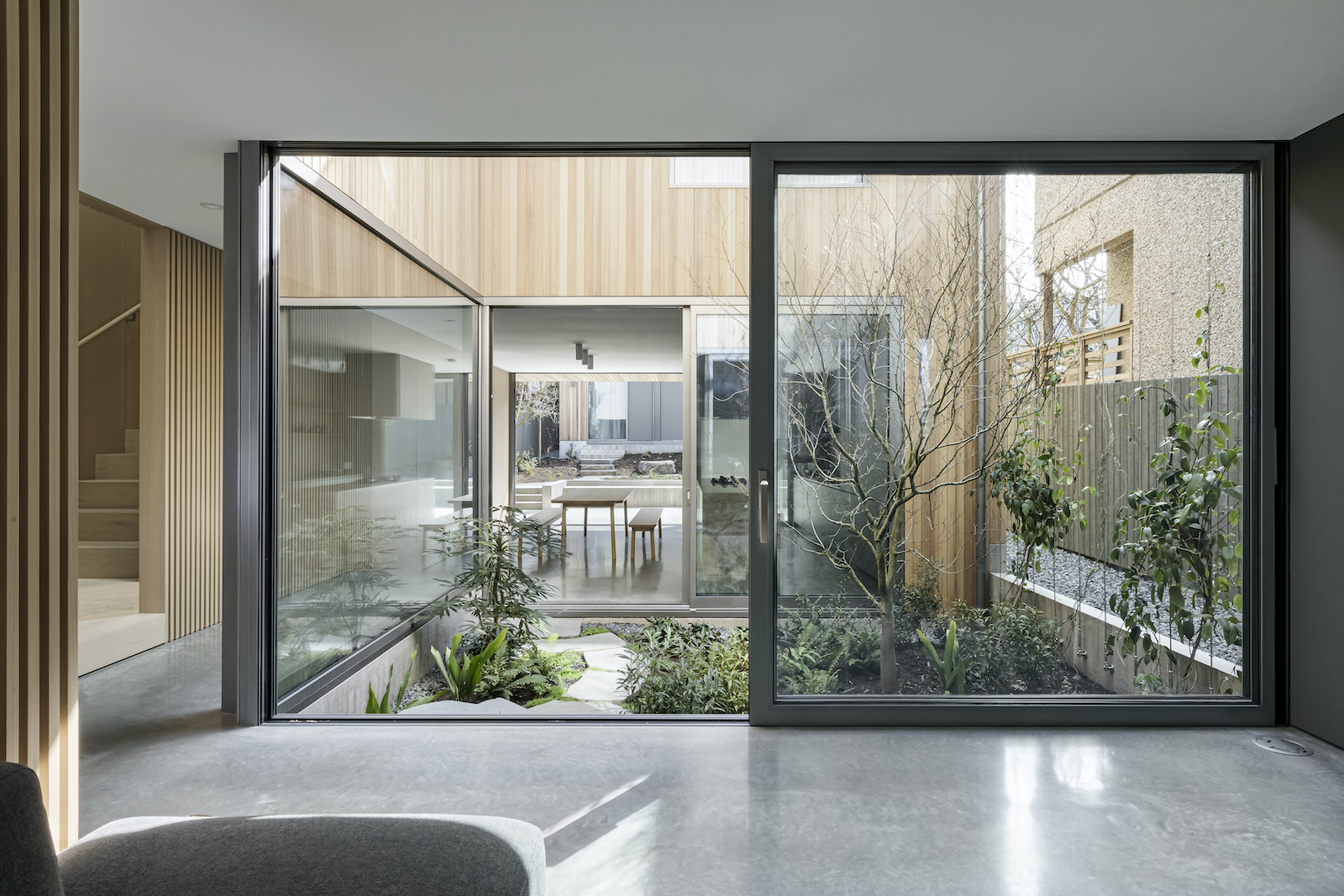 According to the latest Statistics Canada housing data, single-family homes in British Columbia have been getting larger every year. Our fixation on bigger and better houses is sending  developers and designers scurrying to push every allowable millimetre of the building envelope because, conventional thinking goes, who wouldn’t want more space?

Not everyone, it turns out. The couple who commissioned this refined, modernist beauty in Vancouver’s Mount Pleasant neighbourhood chose to build a smaller house than their lot size allowed. 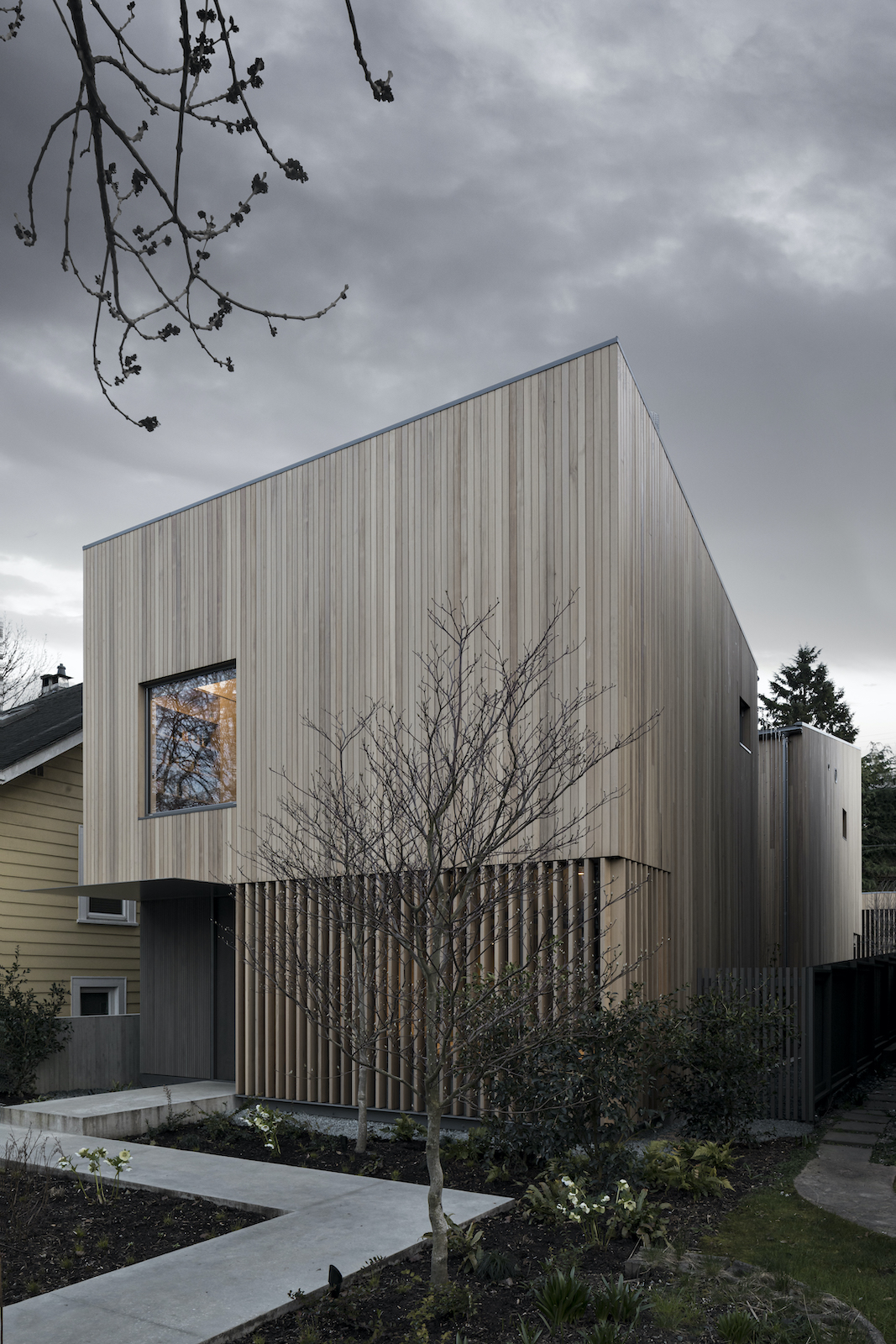 The firm they selected for their “not so big house” (a term popular in the late 20th century among those who championed high-quality “right-size” housing), was Vancouver’s Leckie Studio. Michael Leckie founded the practice in 2015 after stints at prestigious firms such as Patkau Architects and Atelier 66. Since he went solo, his impeccable work regularly appears in professional and popular journals, racking up serious honours to go along with all the exposure.

This house, one of two projects Leckie Studio recently submitted to Dezeen’s annual design awards competition, has earned his office a spot on the agenda-setting webzine’s shortlist of five international firms still in the running for the top 2021 emerging architecture studio worldwide. 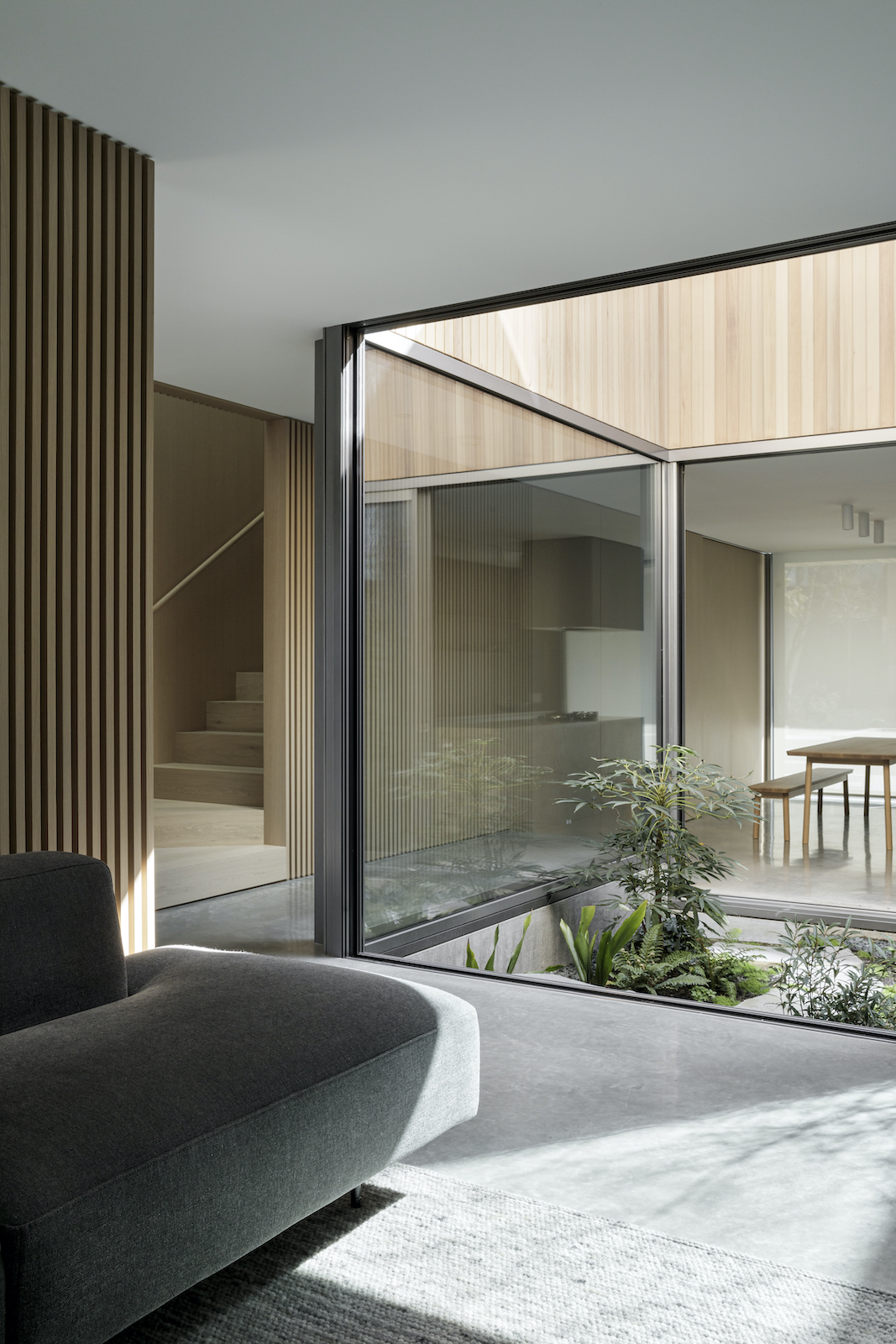 Michael Leckie says his clients, long-time Mount Pleasant residents with a tween son and an adult daughter, were adamant from the outset that they “did not want or need a ton of space.” The first time he called on the couple to see how they used the space they were living in at the time, he was surprised to discover they quite naturally practised the gospel preached by minimalist architect John Pawson, a love of the absolute minimum. “When I opened their closets and cupboards, most of them were empty,” he says. Neither having nor wanting to live with a lot of stuff, “they embody a true essentialist lifestyle.”

While “less is more,” pioneer modernist Ludwig Mies van der Rohe’s oft-repeated first principle, could be applied to both the look of this house and its contents, Leckie says “less but better,” industrial designer Dieter Rams’ dictum, is more to the point.

By economizing on the size of their structure, the owners were able to direct more of their construction budget to the generous application of a limited number of beautiful surface finishes, edge grain oak, polished concrete, and Italian quartzite among them. These materials are immaculately rendered and flawlessly installed, and the intersections where any two meet are as attractive to a designer’s eye as artwork would be. 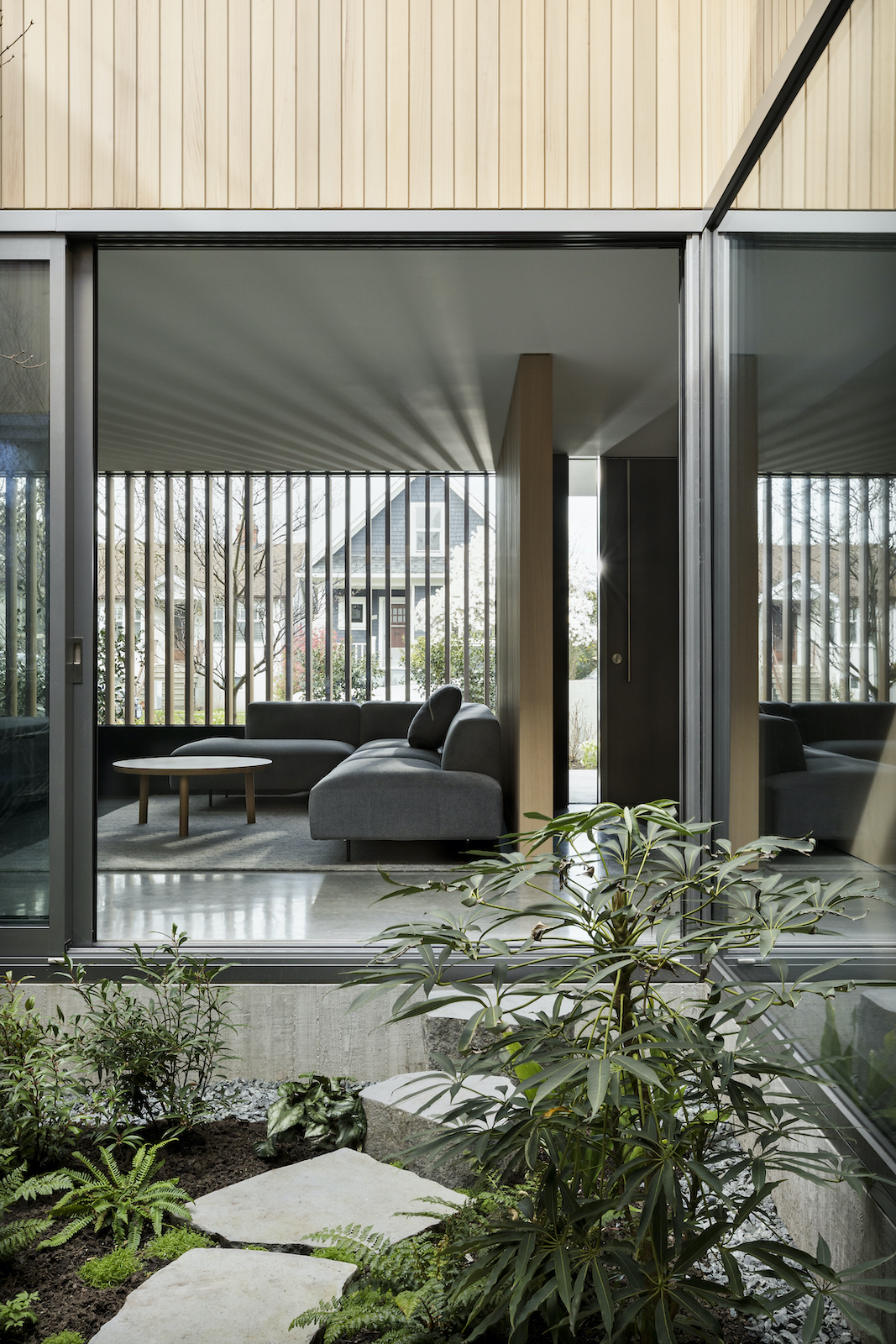 Biophilia in the city

Most conventional detached houses in Canada have a designated front yard and a backyard; this house also has a “middle yard,” Leckie’s clever label for the open-air courtyard enclosed on three sides by glazing that is situated between the living room and the kitchen/dining area. Wherever you are on the main floor, the natural world is visible and accessible mere steps away (the middle yard can be viewed from the second floor, too).

Leckie’s courtyard carve-out is about biophilia in the city. The goal in biophilic design, he explains, “is to address our innate need to stay connected to the natural world by bringing parts of that world into buildings in order to engage the senses.” 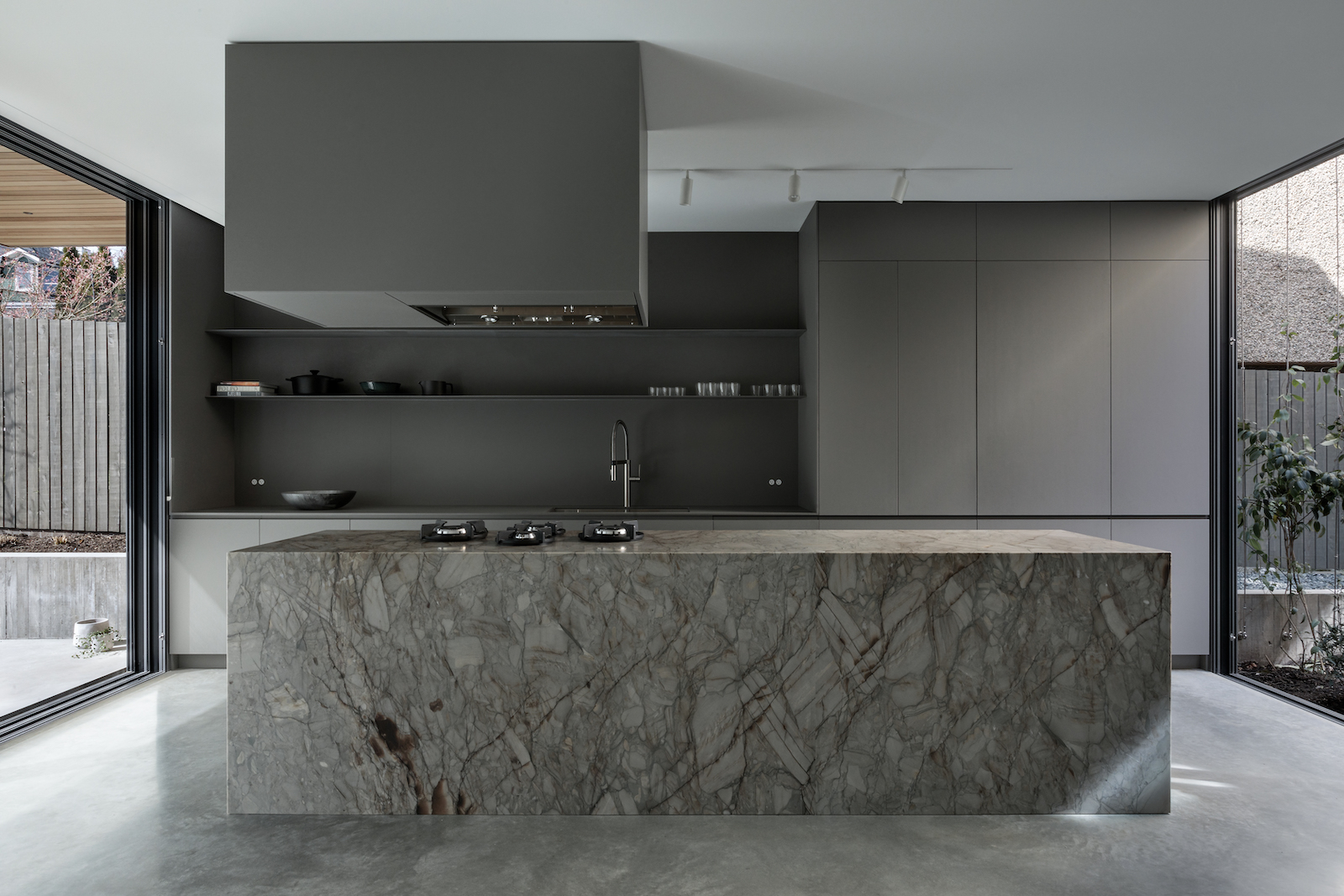 In Leckie’s endeavour, not only is nature visible from almost everywhere, it is also easy to touch. Super-wide sliding glass doors allow the indoors to merge with the outdoors, encouraging the urban-lite equivalent of “forest bathing,” an immersive experience that would be difficult to pull off with a typical front yard or backyard setup. 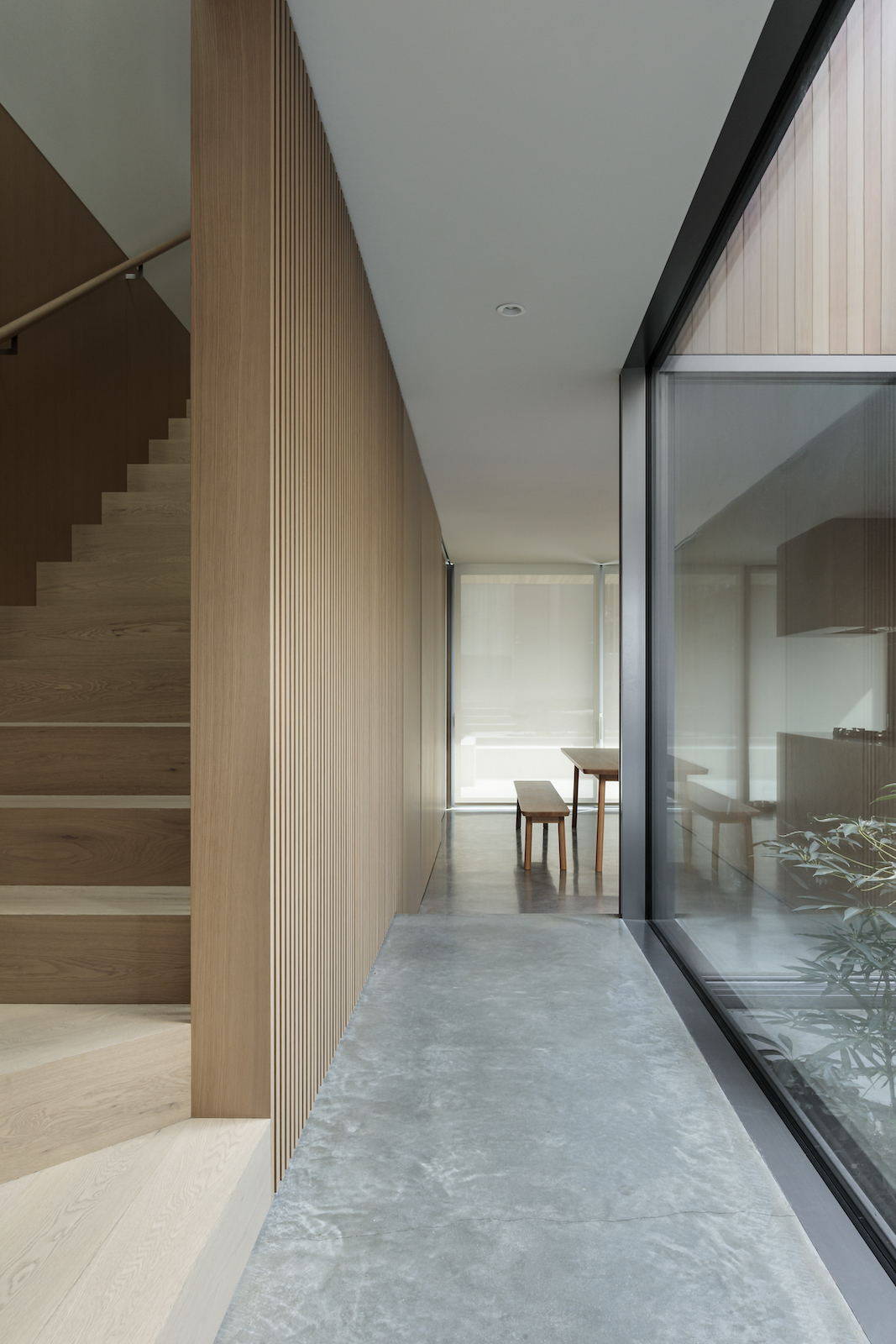 All the light we can see

Like natural landscapes, sunshine is a proven restorative. Here the architect fixed his gaze on including it everywhere. The courtyard glazing sends light deep into the kitchen, living room, and hallway where it runs into and through a slatted screen made of oak that partially conceals stairs leading up to the bedrooms.

Similar fins, this time in cedar, have been employed on the front facade to obscure what’s going on inside and cast perpetually changing, visually engaging light patterns into the living room. In addition, strategically situated skylights also blast daylight into otherwise windowless spaces such as bathrooms.

For all of its human-made precision and polish, Leckie’s compact home for this essentialist couple also contains an important, counterbalancing oasis—a welcoming and unexpected dip into the natural world.