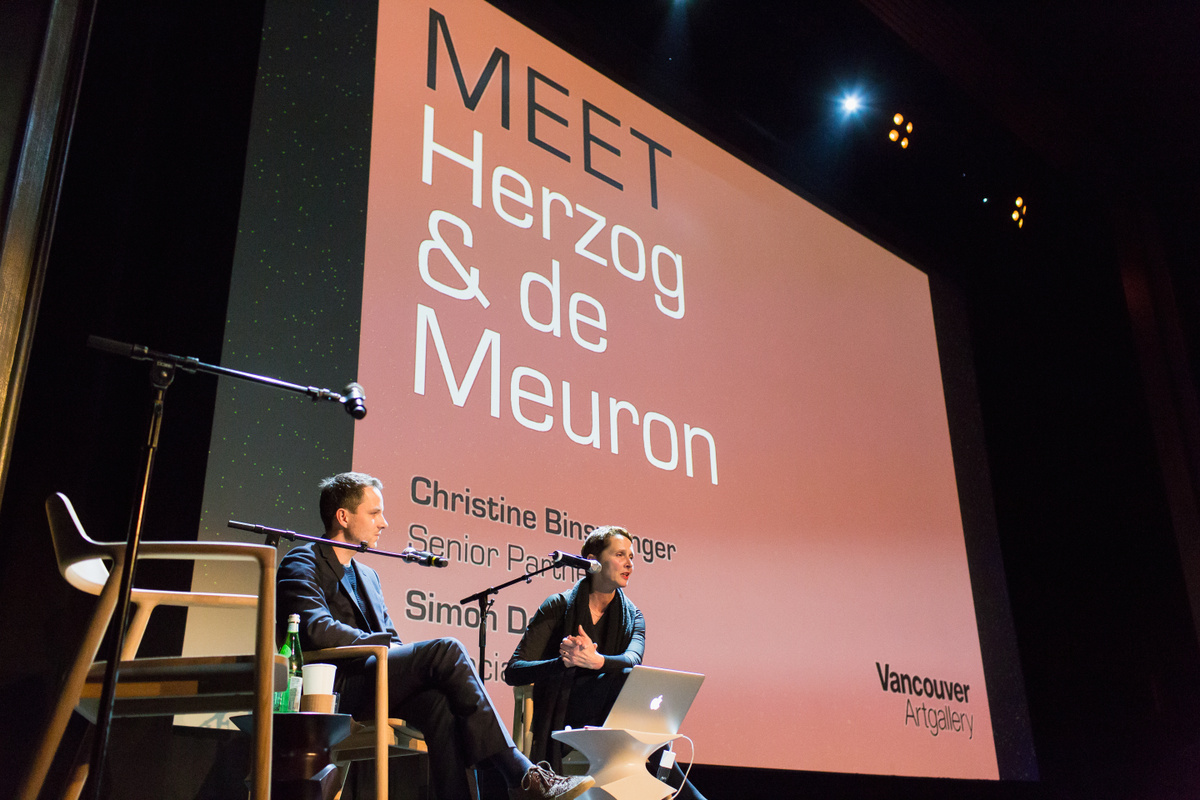 Vancouver is about to receive some much needed grease for its squeaky architectural wheel. Back in April, the Vancouver Art Gallery (VAG) selected the Pritzker Prize–winning Swiss firm Herzog & de Meuron from a shortlist of five firms—each with its own collection of international accolades—to design the new facility. The VAG held a public meet-and-greet at the Vogue Theatre followed by a discussion with senior partner Christine Binswanger and associate Simon Demeuse, who shared their design philosophy and initial impressions of Vancouver with a considered humility.

If the name Herzog & de Meuron doesn’t ring any bells, their projects likely will. They were the firm behind the iconic Beijing National Stadium of the 2008 Olympics and the retrofit of the Bankside Power Station into the Tate Modern in London. In the world of art and architecture, however, Herzog & de Meuron are lauded for their gallery designs. One look at their portfolio leaves little wonder why their selection was unanimous.

Great museums don’t just display art. “Museums are catalysts,” says Binswanger. “They change cities. They change neighbourhoods.” In the case of the Tate, the whole South Bank of the River Thames has developed into an important civic space that connects several places and programs along the riverside.

“We are convinced that moving the art gallery down the road is the right decision,” says Binswanger. The new site, located at West Georgia and Cambie, occupies the nexus of Downtown, Yaletown, Gastown, and Chinatown, which all are dense and well-functioning neighbourhoods, but aren’t yet successfully connected. Binswanger and Demeuse will use the latent potential of this site to connect with the surrounding neighbourhoods and establish a new and active public space for Vancouver that will help to solidify a larger sense of community.

The current location of the VAG has been a critical public space and the symbolic heart of Vancouver for just over three decades and its relocation has been nothing short of polemical. With the experience and sensitivity that Binswanger and Demeuse demonstrated on Thursday, however, Vancouver can rest easy. “Let’s move down the road. Let’s move to a place that is not finished yet,” says Binswanger. “Let’s move to a place where the gallery and the rest of the functions on the site can create a new public space for the city. You will never lose the one that you have.”