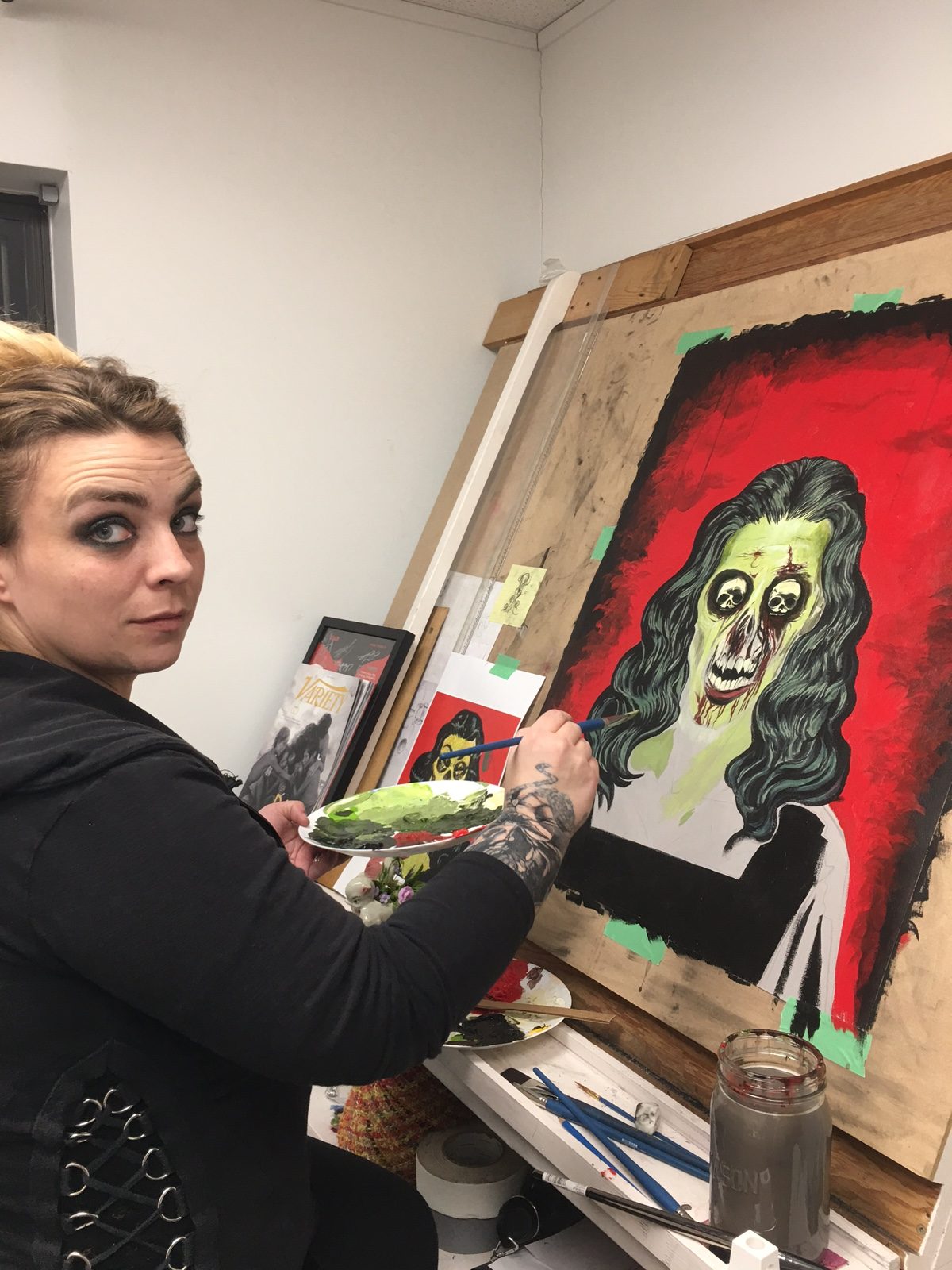 Sitting across from Lieselotte Soper in a bustling Commercial Drive café, a bright smile spreads across her face as we discuss her curious haunts, and her heavy commitment to the supernatural Netflix series, Chilling Adventures of Sabrina.

“I live in Cerberus Books & Spirits,” she says, grinning. “And it’s great. I get up in the morning, come down the stairs and I’m on set.”

Born in North Bay, Ontario, but raised in Florida, Soper admits to “bouncing all over Canada” before settling in Northern Ontario where she owns 300 acres “in the middle of nowhere.” 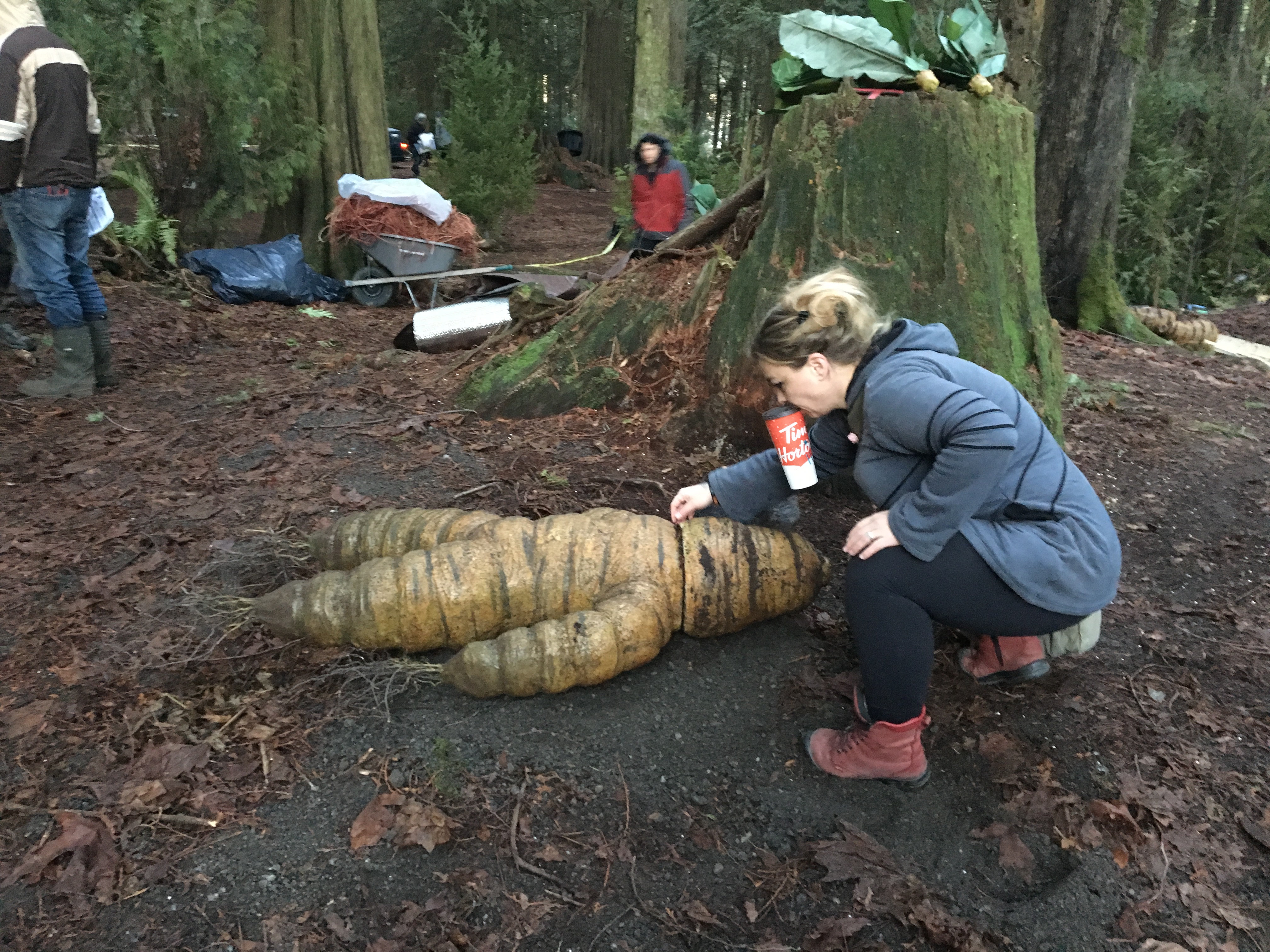 An extended stay in Vancouver meant laying down more roots, so why not reside in Greendale’s offbeat bookstore?

“We were looking at this shopfront in Langley that we could use for Cerberus Books and that’s when I walked upstairs and thought: ‘This is great!’ There’s a space I could live, an area where I can draw, I’m really close to work, and it’s no problem.”

Such submersion into Sabrina’s neo-gothic world is helpful for Soper, whose production designer duties are also braced by her animation background, and a longtime love of comic books. 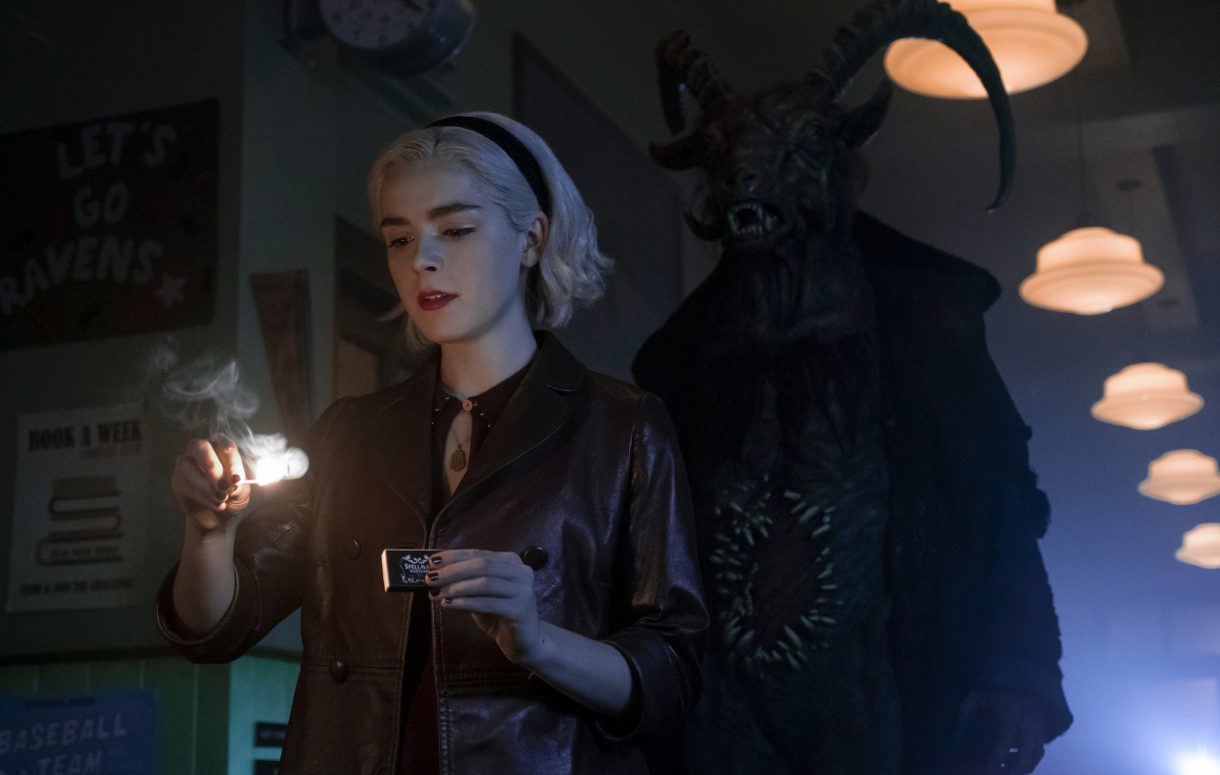 “Rob Hack is the artist that does the current Chilling Adventures of Sabrina comic and he’s absolutely amazing,” says Soper with considerable awe. “What drew me to the style of the comics was all the colour. When you watch horror nowadays it’s all desaturated and it’s that old Disney thing where bad guys are blacks, greys, purples and all this, and good guys are these crazy beautiful vibrant colours. The real world isn’t like that. Anybody and anything can be dangerous. So on the show we’re big into primary colours. Red and blue are huge.”

Soper admits being lured to Sabrina partially because she’s a fan of horror. Having production designed several genre films over the years, a favourite is Oz Perkins’ atmospheric arthouse headtrip The Blackcoat’s Daughter.

Perkins’ film was another fluky instance where Soper lived on set. “We were in Kemptville, Ontario, and the crew lived in the girl’s dormitory set––a closed down school––and it went really well,” Soper says. “It was such a beautiful piece. To have that kind of complexity and character layering—Osgood Perkins is an amazing writer—It felt very much one of a kind, one of those unicorn shows that you don’t often get.” 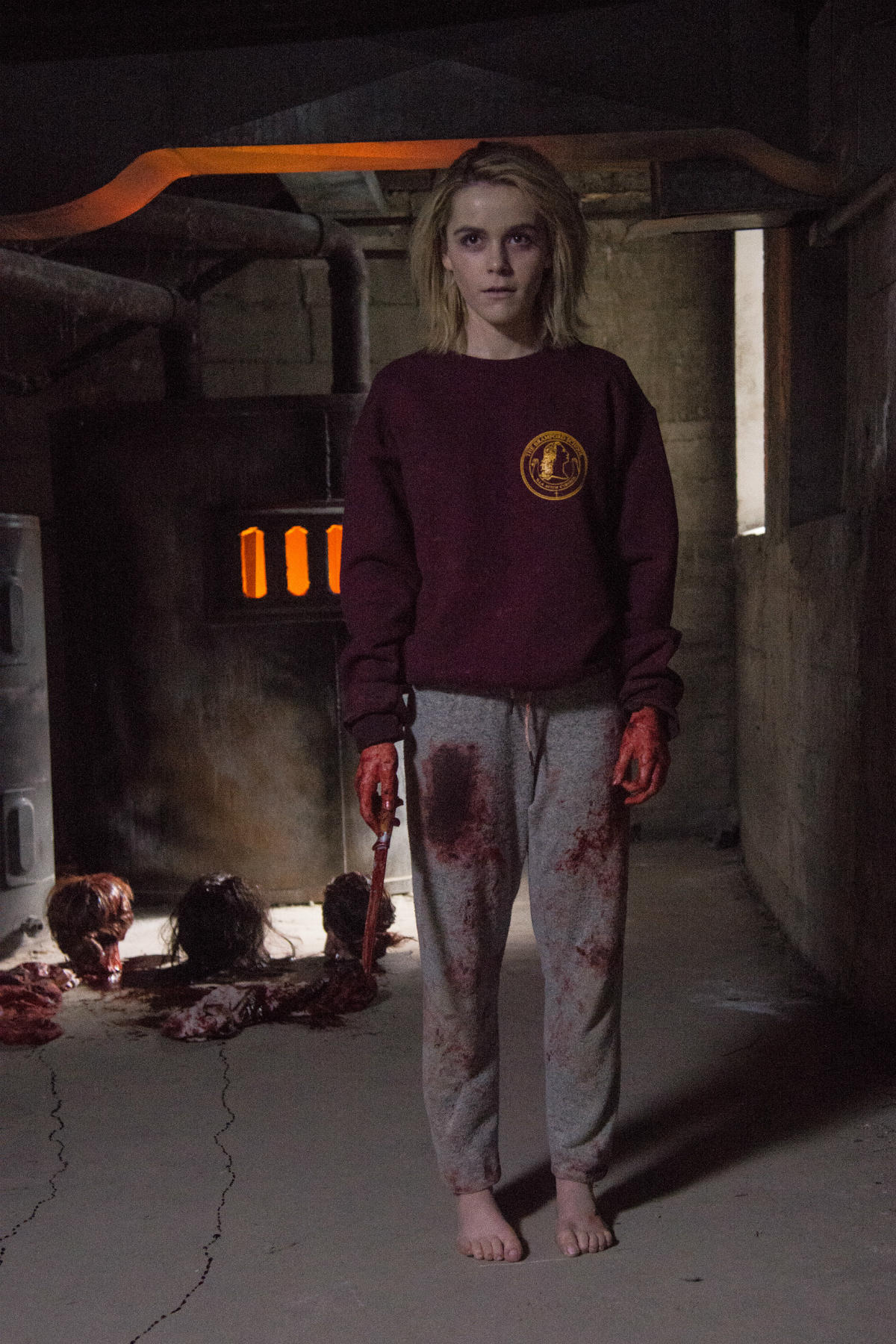 The Blackcoat’s Daughter. Image courtesy of A24 Films.

“When I initially got the outline for Sabrina she wasn’t cast. I was putting my pictures together and kept pulling images from Blackcoat’s Daughter because I saw Kiernan’s face as Sabrina.”

And when Shipka was cast in the role? “I was all, ‘Oh shit, amazing!’ I couldn’t be happier. She’s such a joy and a pleasure to work with.”

Soper’s so busy on Sabrina that soaking up the city life is a challenge, unless it’s work related.

“Vancouver has so many great places to find unique set dressing and antiques and all the different elements we’re looking for,” she says. “I really savour having a day off. The last one I had I was getting tattoo work done at The Fall, where I have this amazing tattoo artist. And there’s so many art galleries and museums and they give me so much inspiration.”

When it comes to artistry and inspiration Soper makes it look easy, even when it’s not.

“We have a limited beautiful opportunity to grab people’s attention, which is hard to do nowadays,” she says. “But we have 60 minutes or whatever it is to try to focus everyone’s attention. If you can tell a really good story then we’re succeeding, but if it’s just trash it gets channel-surfed through and that’s not the kind of television or feature that I want to work on, especially when you’re putting so much of your life into it.”

Hearing Soper say it so modestly is bewitching. After a thoughtful pause she adds: “If I didn’t enjoy it I wouldn’t be doing it. And that’s the thing I feel very fortunate about. I get up in the morning and I have the coolest job in the world, I get to work with the coolest people in the world. I can’t complain.”

This story from our archives was originally published on May 2, 2019. Read more from Vancouver entertainment and design.