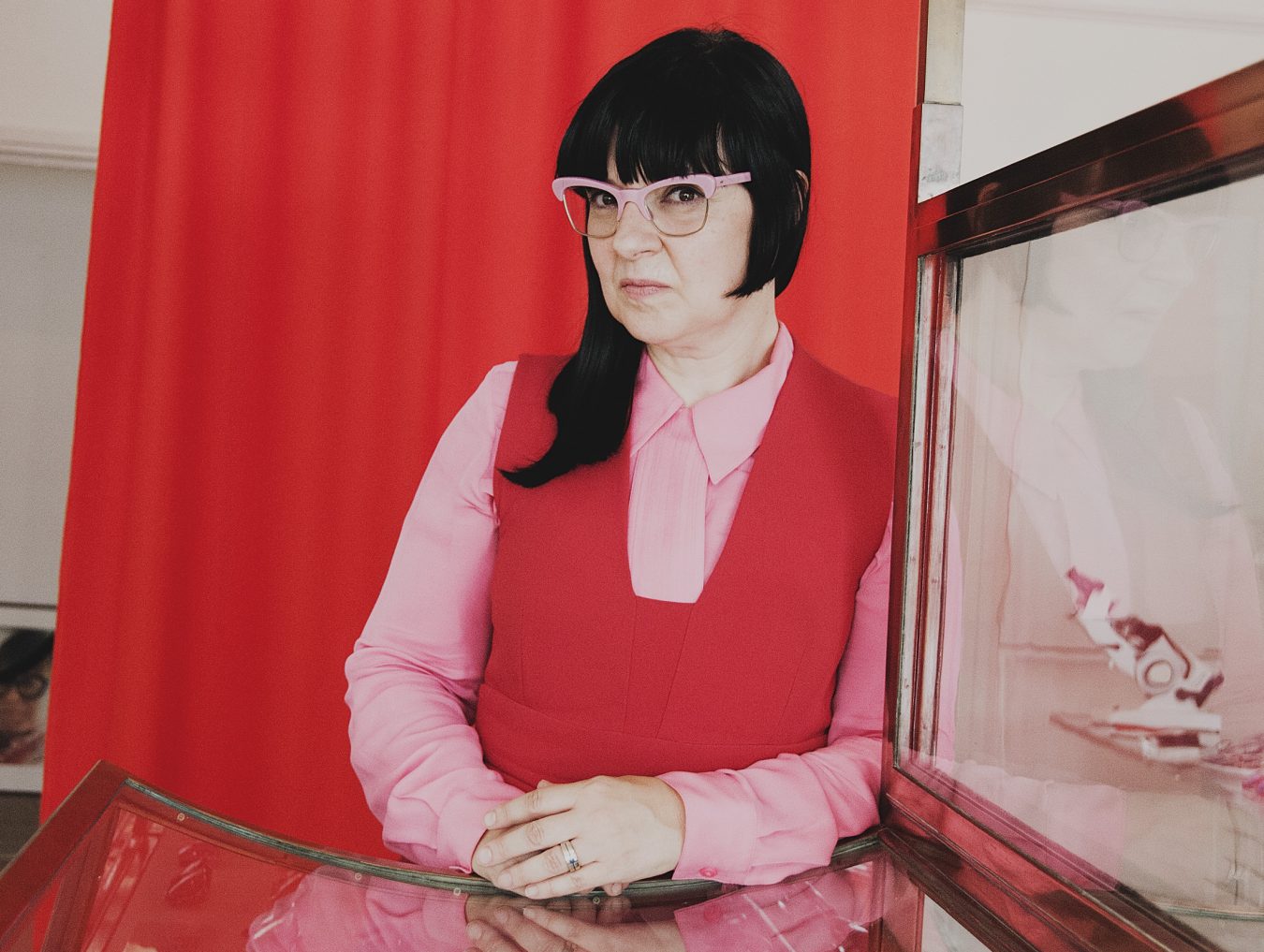 Marie Wilkinson at Cutler and Gross Vintage in London.

Elton John wanted new glasses, so he invited Marie Wilkinson over for tea.

The Cutler and Gross design director gathered as many colours as she could find into a sample case that unfurled like a giant jewellery box, frames nestled in little drawers. House calls aren’t the norm for the 34-year veteran of the British luxury eyewear brand, but for the spectacle-loving singer and his husband, Wilkinson made an exception.

“He’s got the most beautiful house filled with fragrance and flowers,” she recalls. “And to be invited over for tea!”

John didn’t use a mirror; his husband, Canadian David Furnish, was his mirror. One at a time, John slipped on a pair, turned to his partner, and discussed.

“Do these come in other colours?” he asked Wilkinson.

“Yes, they come in eight colours.”

She wasn’t surprised—it’s alleged John once bought so many products at the Cutler and Gross store in West London’s Knightsbridge (the company’s home base) that they had to design a special oversized bag just for him. “He just went through as if he was curating a collection of glasses to go with his lifestyle, his flowers—just loving the colours and the diversity,” says Wilkinson of her visit to the John household, her words honeyed by a warm British accent. “I thought, ‘I shouldn’t be enjoying this so much,’ but this is loving what I do.”

If Graham Cutler and Tony Gross are the grandfathers of luxury British eyewear (Cutler and Gross was created in 1969), Wilkinson is its cool, quirky aunt. Sitting inside the brand’s gleaming Toronto showroom, she is dressed in a floor-length red frock layered over a collared shirt and silver ankle boots. But it’s the bright acetate glasses and black, blunt cut that lend her that unmistakable air of fashion authority—she looks like a cross between a Vogue editor at Fashion Week and Edna Mode from The Incredibles.

Wilkinson developed an early fascination with eyewear when she was taken to an optician at age eight. It was a “magical” experience; she couldn’t understand why people felt sorry for her for having to wear spectacles. “I just remember being really puzzled,” says Wilkinson. “I realized I didn’t want to be a pharmacy assistant, dispensing prescription glasses. I actually wanted people to love their glasses. Making them was appealing, and learning about how people are reinventing how items are worn, challenging attitudes. That’s how it grew.”

Decades later, Wilkinson is more obsessed than ever with her vocation. Her sentences are peppered with loving descriptors, like her Hello Kitty theory of eye design (that lenses set far apart give a wide-eyed, curious look to the wearer), or the Champagne-hued frames she describes as looking like a crystal pair that a smoker has worn for 20 years (“It could be called Nicotine—we’re calling it Champagne”).

At the helm of the Cutler and Gross creative team, Wilkinson has helped the history-steeped brand—Ava Gardner, Madonna, Grace Jones, and Princess Diana have all been noted as admirers—shape-shift into the 21st century, thanks to collaborations with the likes of Maison Margiela, Comme des Garçons, and Victoria Beckham. But despite its star-studded fanbase and high-profile partnerships, Wilkinson says it’s still a word-of-mouth company. “Celebrities won’t talk about us. We haven’t paid them to talk about us,” she says. “It’s kind of a secret.” Discretion was part of the reason for the brand’s initial success: because its name was stamped on the inside rather than the outside of the frames, it became the go-to eyewear for journalists who couldn’t be filmed sporting logos while reading the news on the BBC. (It’s also probably why a collaboration with the Kingsman: The Secret Service movies was such a natural fit.)

To Wilkinson, that subtlety helps the wearers truly own their glasses. “We’re not product designers—we’re making for people. It’s the collision of the perfect style on the right face that makes it work,” she says. “When we hand them over, they’re not ours anymore. They’re your glasses. You own them in every respect.”

This article from our archives was originally published on October 6, 2017. Keep your eyes on eyewear.