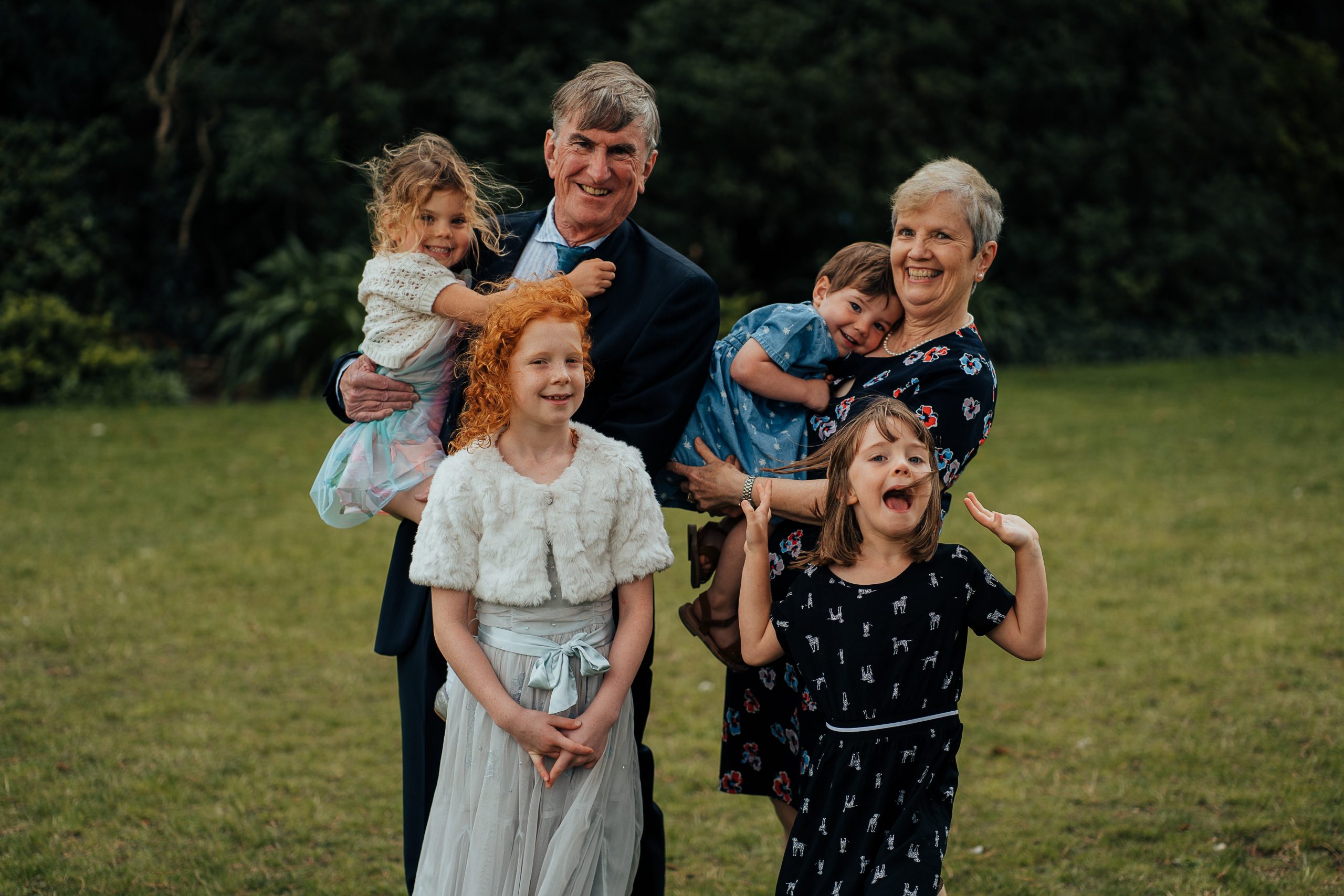 The author’s parents, Brian and Aileen, with their grandchildren. Photo by Nicola Ross/Courtesy of Aileen Lalor.

Like most people, as soon as it became clear COVID-19 was going to be a serious and ongoing problem, I began to worry about my parents. My mum, also called Aileen, is 70, and my dad, Brian, is 71 and has a heart condition. They’re healthy, active, and independent, but the governments of the world decreed that 70 was the age where people became more vulnerable to the virus, and overnight, my mum and dad were weak and in need of protection. “Reading the paper is a weird way to find out your parents are elderly,” my sister said to me on the phone from Berlin, where she lives.

When things started to look bad, my mum and dad were staying with me on one of their twice-annual visits from Ireland to Vancouver, and arrangements were hastily made to cut short what was to have been a three-week stay to just six days. As my parents debated whether or not to fly home early, my husband and I talked about how they didn’t seem to be taking it very seriously, how perhaps they didn’t understand the risks. We were caught up in the characterisation of older people as not just vulnerable, but needy and a bit feeble. It didn’t occur to us that they understood the science—my dad is a retired endocrinologist, after all—but the desire to be with their grandchildren overrode everything. 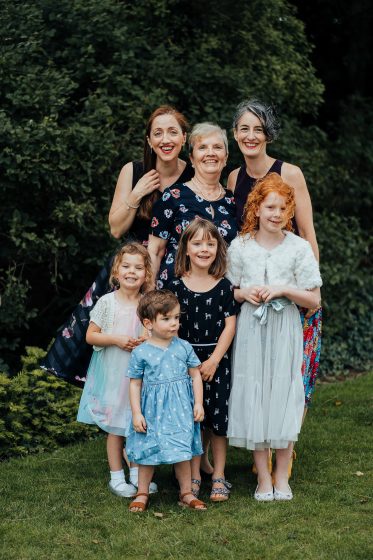 They arrived home safe and quarantined for two weeks, with some support from extended family members—it was necessary, but my parents found it galling, since they have always been more the helpers than the helped. “I didn’t like the assumption that we couldn’t manage,” my mum tells me. “I’m more of a giver than a taker, and that was suddenly taken away, which wasn’t easy.”

I began to reconsider my initial reaction—how I babied my parents and became, in my dad’s words, “oversolicitous.” Then I started to see that attitude everywhere on social media and in magazine stories. There was gentle piss-taking and eye-rolling—“My dad loudly tutted at me because I got pecans instead of walnuts!” There was genuine worry—“My mum won’t stop going to the grocery store every other day.” These all came from love and concern, but aggregated, they painted a picture of older people as demanding fusspots, recalcitrant teens, or generally burdensome.

Then there was the other stuff—the idea that COVID-19 wasn’t that big a deal because it “only” affected older and more vulnerable people. Or worse, the #boomerremover hashtag that briefly flared on social media, suggesting that perhaps the virus was a good thing, as it would take the baby boomer generation out of commission. And recently, the idea that older people are a nuisance—if we didn’t have to worry about them, we’d all be back to normal by now.

I know those characterizations annoyed my parents—my mum told me she found them offensive—but I was still surprised by the vehemence of their response when I discussed it with them in more detail. They aren’t “old people” in the way my grandparents were—no rocking chairs or roller-set hair—but they have certainly experienced ageism, and in their view, the attitudes I thought had been created by COVID-19 had just been exposed by it.

“Older people have always been patronized,” my mum says. “I only knew one of my grandmothers, and she was always talked about like she was a naughty child. If she was 50, she wouldn’t be talked about the same way if she did the same things. It’s almost expected of older people to be caricatures.”

The loss of status and the feeling of being dismissed was nothing new for them, either.  “I did feel a loss of autonomy in getting older,” my dad says. “People don’t listen to me the same way they used to. I was in a position of authority for many years. Then I retired, and all of a sudden I was not a doctor any more. When I say something in a group, people carry on talking. It’s a sense of my authority being diminished—really, I’ve no authority any more. This situation feeds into that, but I haven’t dwelt on it because it’s just another yard on the slippery slope.” 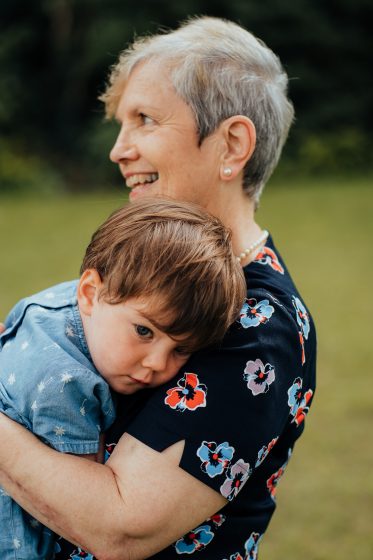 While they are empirically at greater risk than younger people, they’re not frightened of the disease per se, though reports of teens deliberately coughing on older people worried them. “What I was really afraid of at first was being triaged out of intensive care, that I would be viewed as a 71-year-old with a knackered old heart,” my dad says. “I didn’t fear dying from COVID-19, but I had a fear of being thought not sufficiently worthy of being treated vigorously for it. That bothered me, not because of a fear of dying, but because of an idea that my life wasn’t valuable.”

Our society is ageist, without a doubt, says Dr. Alison Chasteen, a professor in the department of psychology at the University of Toronto. “From an early age we’re bombarded with negative messaging about ageing. We see people being discounted and shown a lack of respect, and we internalize these ideas,” she says.

That the virus was initially characterized as preying on older people, who were suddenly viewed as especially vulnerable and in need of our protection, only made things worse, Chasteen says.

That it revealed a steady stream of ageism blindsided me. Somehow, I had  thought of ageism as more of a middle-aged-person, workplace thing—like when someone gets passed over for a promotion. Perhaps comically, I thought my parents were too old for ageism.

While the most hostile, blatant expressions of ageism, such as the #boomerremover hashtag, quickly became undeniable, most of the ageism that my parents experience is pernicious. People aren’t trying to be nasty, and they’re maybe even trying to be nice—it’s known as benevolent ageism. Patronizing comments and unwanted offers of help fall into this category. This can be tricky to navigate when older people might actually be in need right now.

“It’s fine to check in and see if people want anything in this time of crisis,” Chasteen says. “But if the older person says, ‘I can manage, I can get to the shops on my own,’ that should be the end of the conversation. Otherwise it can lead to people feeling undermined and getting the sense that they’re not viewed as competent. There’s an underlying message of, ‘I don’t think you can handle this on your own.’” 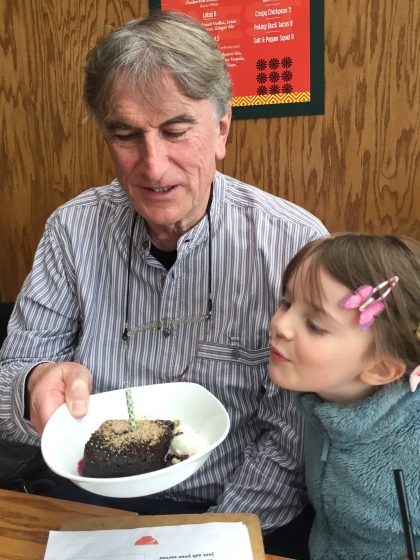 Two months into the lockdown, my parents are experiencing isolation much like everyone else, though the rules in Ireland have been stricter than in B.C.: Over-70s have been confined to their homes and gardens for weeks now, a practice the Irish government calls cocooning (“We’re not going to be turning into butterflies at the end of this,” my mum points out).

My parents are lucky enough to have no money worries and a big garden, and recently, they were allowed to go farther afield for walks—literally, a change of scenery. Mostly they occupy themselves as we all do now and they always did: cooking and gardening, crosswords and reading. My mum is working on a 4,000-piece jigsaw puzzle that she hadn’t touched for three decades—it’s extra challenging because the picture on the box has faded and now the pieces don’t match it.

They don’t mind this day to day; it’s not that different from the regular life of retirees. My mum feels sorry for those who have work and childcare responsibilities. However, both my parents feel a time pressure that isn’t there for most people. “It’s very hard to say I’ll go fishing tomorrow when there might be no tomorrow because we’re old,” says my dad. “That is in fact the biggest downside. That we’re wasting our time in terms of things we could be doing. Life is passing us by, and we’re not able to do anything about that.”

We all live far away from each other—as well as my sister being in Germany, my brother and his wife and daughters live in London—so we gather every week on Zoom. It’s something we’d never done before, but will continue after this is over. We play I Spy and word games. My nieces put on a puppet show last week. But it’s not the same as real life. “Every time we visit family members and leave, we wonder how long it’ll be till the next time,” my mum says. “Now it looks like it will be well into next year.” That’s a lot of missed birthdays, hugs, visits to Science World, and, “Granny, feel my wiggly tooth.”

Restrictions will be further relaxed for other people over time, but my parents will still be cocooned, watching others get on with their lives, waiting—as we all are—for when this is over, and we can be together.