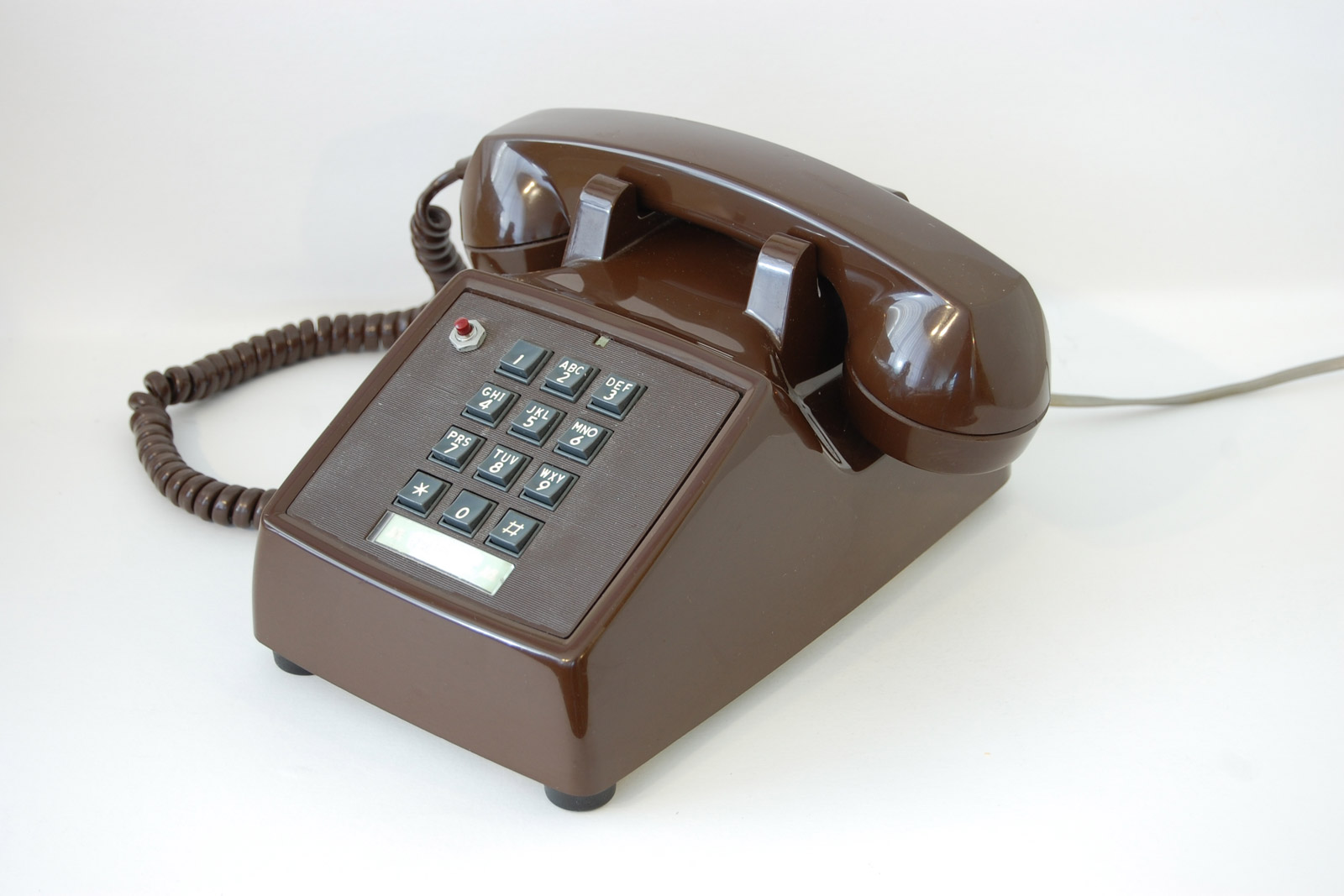 For years, my Northern Telecom Model QSQE 2500BX telephone (manufactured circa 1981) followed me at work. If I had to switch radio shows, assignments, pods, or desks, I unplugged the phone from the wall jack and hauled it with me. I didn’t know why at the time. I just did it.

The phone is brown, like a good English teapot, and quite heavy. Its base is stamped steel. It has 12 grey push buttons with white digits 0 to 9, the good old “star” and, presciently, the number symbol now known as a “hashtag.” The handset has a beefy grip, and the speaker and mic are about 10 times larger than those found in smartphones.

One day at work, a notice popped up in email. All the old units would be replaced by black upright digital ones with multiple lines and auto dialling that could be easily adapted for hands-free use. Lawrence, Tate, or Gary went from desk to desk swapping them out. When they came for mine, I put my hand on my old Brown Bess. I was certain it would end up on a giant pile of other Model 2500s near the tech workshop on B Level. Who knew where they would go after that?

You could say I absconded with it, but really I saved it.

It now sits on the bedroom dresser about a yard from my writing desk. I’ve extended the mounting cord to 20 feet. It means I can cradle the handset in my shoulder and wash dishes in the kitchen. That’s right, we don’t use cordless phones in this household. Or mobiles. It’s exclusively landlines here.

I did temporarily consent to carry a Motorola flip phone when I worked as a reporter, and I sometimes monitor our apartment building manager’s emergency phone in case of floods when he’s away.  But generally—ever since our sons Emmet and Jack were born—Melissa and I have kept cellphones out of our home. We didn’t want to be those parents gawking at a screen while pushing a stroller with a toddler inside staring at a tablet. 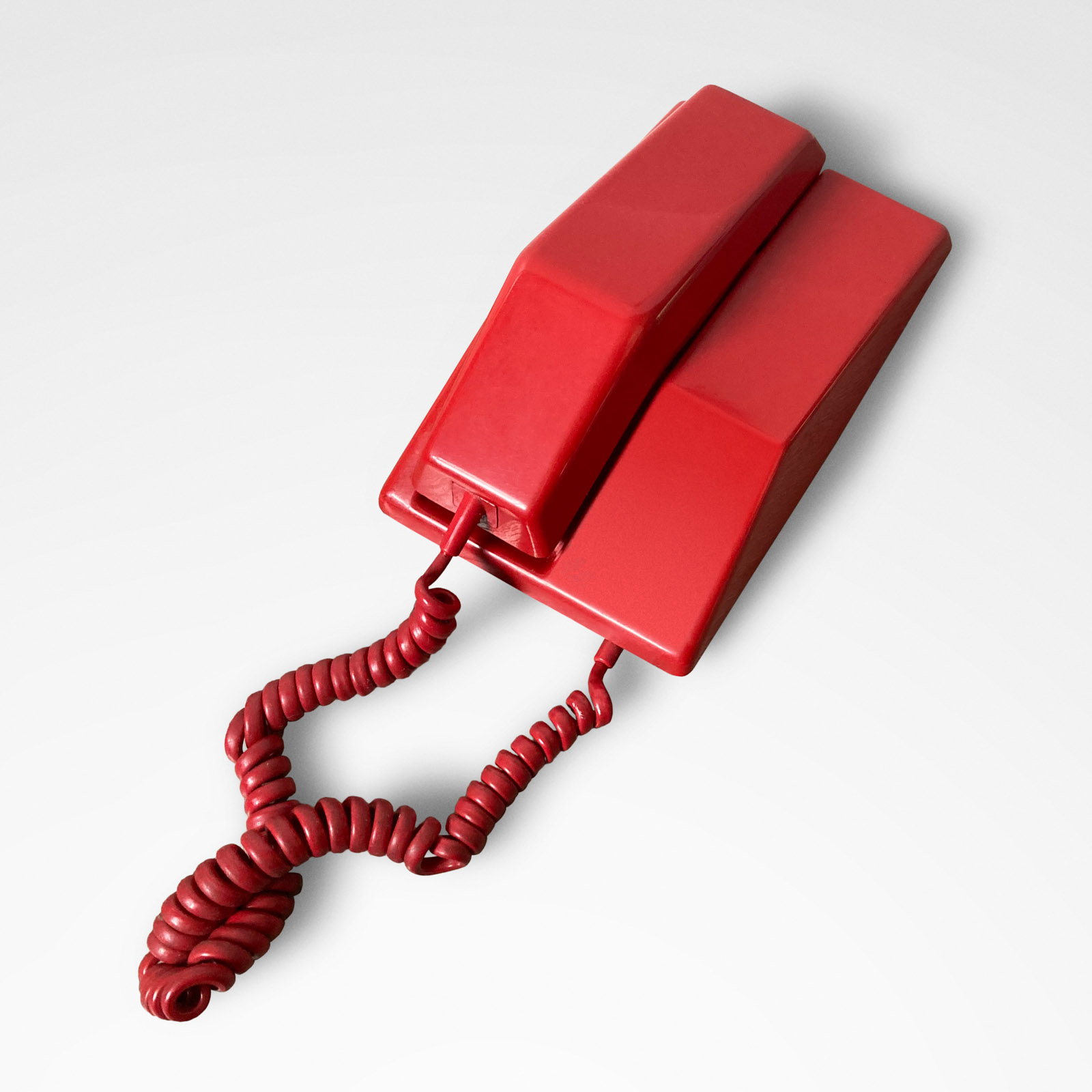 Sometimes, when I tell people I don’t have a mobile number, they give me a funny look as if I must be lying or simply unwilling to share the number with them. Those moments make me wonder if I’ve become a bona fide eccentric.

The exclusively landline lifestyle may be having a moment now that many of us are hunkered down at home. (In the first episode of Netflix’s new show Pretend It’s a City, Fran Lebowitz quickly established she doesn’t use smart devices, either. It’s nice to not feel alone.)

As a small boy, I couldn’t wait to grow up and use the pinky dial on our old rotary phone. I still remember the time my dad’s friend, a big beefy union guy, came over for lunch and inadvertently demonstrated the technique. He wore a leather vest, a giant beard, and Porsche sunglasses (okay, he was probably an organized crime figure, but hey, it was 1970s Montreal). He had to make a call, most likely to order a hit. He had massive hands and sausage-thick fingers. In his left paw he took the handset from the cradle. With his right, he delicately extended his pinky and began to dial numbers. It blew my mind. Right then and there, I decided that the second I grew up and had giant hands like this guy I would always pinky dial. My hands never became so big as to require the pinky dial. And rotaries were soon displaced by push-button pads.

In the house we lived in between 1978 and 1983, our family had expanded to two phones. My sister, Tammy, had blossomed by then into a full-fledged teen. The phone that lived in the kitchen was an angular type called the Contempra, a Canadian design. It had a miniature dial pad inside the handset, which had a sharp boomerang-type angle. The base could sit either on a counter or hang on a wall. In the movies, it’s the one that has the long trailing handset coil that gets stretched into the hall so the hero can have a few private words. For Tammy, that wouldn’t do. We had to get another phone.

It was a Northern Telecom LN-10 Harmony. It was red, flat, the size of a trade paperback book, with the handset on the left and the numbers on the right. The phone lived in my parents’ bedroom, but if you saw the cable stretching out to the hall and under Tammy’s door, you knew not to barge in.

She could hog the line for hours, and if she was on the line, no one else could be. Nowadays, an entire multigenerational family can be under one roof, each siloed into their own cellphones—physically together but socially apart.

By the time I was 15, I found myself trailing the line to my bed so I could call a girl whose nickname was Charlie. She lived in Chambly, Quebec. I lived in Brossard, so the calls were long-distance. Our conversations were a delicate matter. I remember straining to hear the background sounds in her room, what song she may have had on the radio, even the quality of her breathing. Would she ever like me as much as I liked her? I suppose she hung onto the phone and me for a reason. I could be quite diverting. And I said whatever I thought could make the difference. The call went for hours. On occasion, she grew pretty quiet, but not once did I ever have to ask, “Are you still there?” 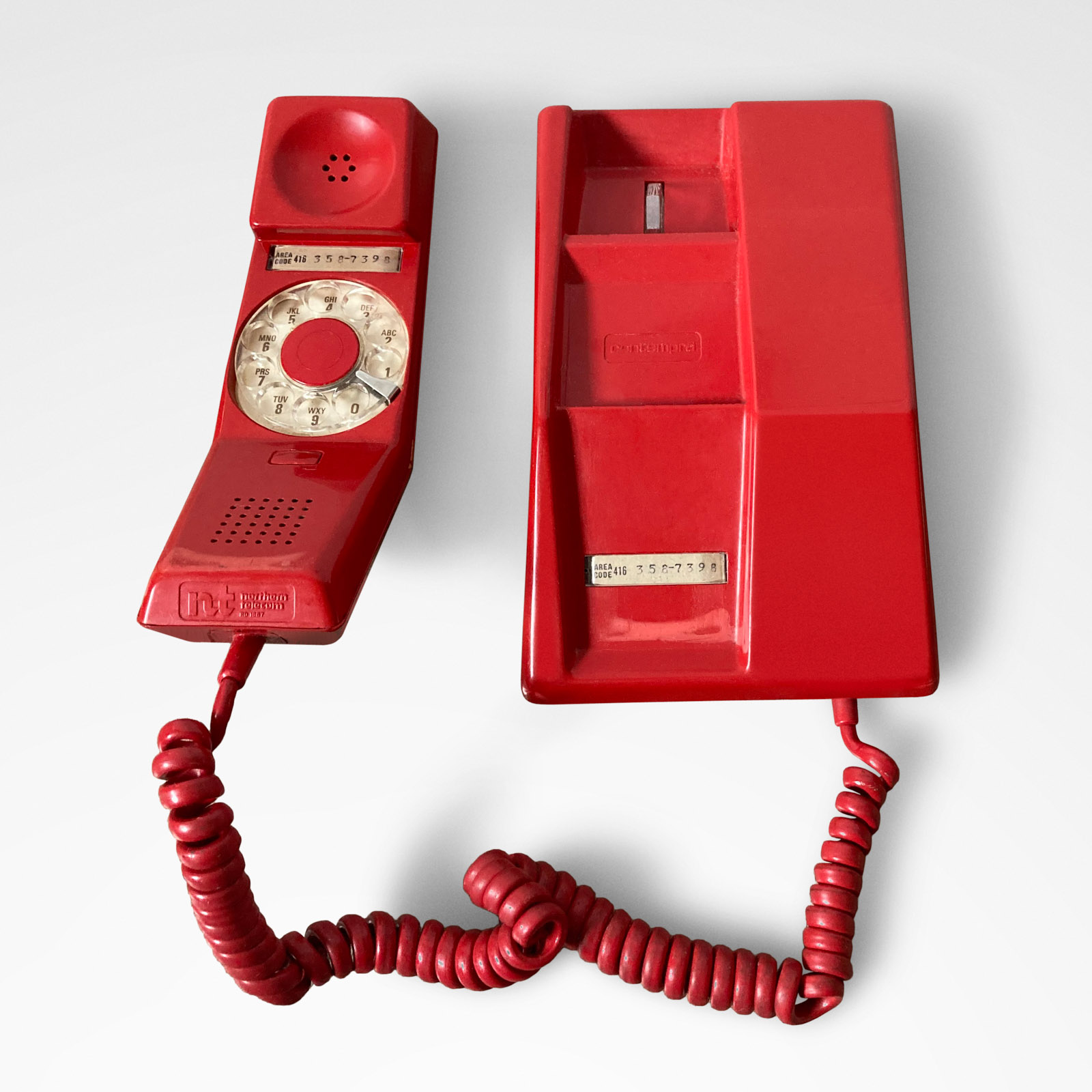 Today, I never know where I’m going to reach someone on their cellphone. Landline calls have a setting. You are where you’re supposed to be and I am where I’m supposed to be. With landlines, people fix themselves in both time and space to come together. If we follow the actual wires, they will lead us to each other. The connection is directly physical.

Last week, I noticed the living room phone (it’s a white Panasonic) trailed into the boys’ bedroom. They’re 17 now and are quite exotic to their peers as they too have no device. Soon enough, though, they’ll be old enough to move out, fall in love (if they haven’t already?), get a job, and, yes, probably, finally, they’ll get their hands on a pair of cellphones.

They’ll notice that landline phones, when compared to mobiles, are heavy, fixed, and stodgily unchanging. They’ll marvel at the convenience of a smartphone, how they can reach out and be reached any place, any time. They’ll be able to carry their cells with them on the great adventure of adulthood wherever it may take them. But, if things go awry, if life takes a turn for the worse, if it feels like no one can help them in this world, all they have to do is call the number they know by heart.

All they have to do is phone home.