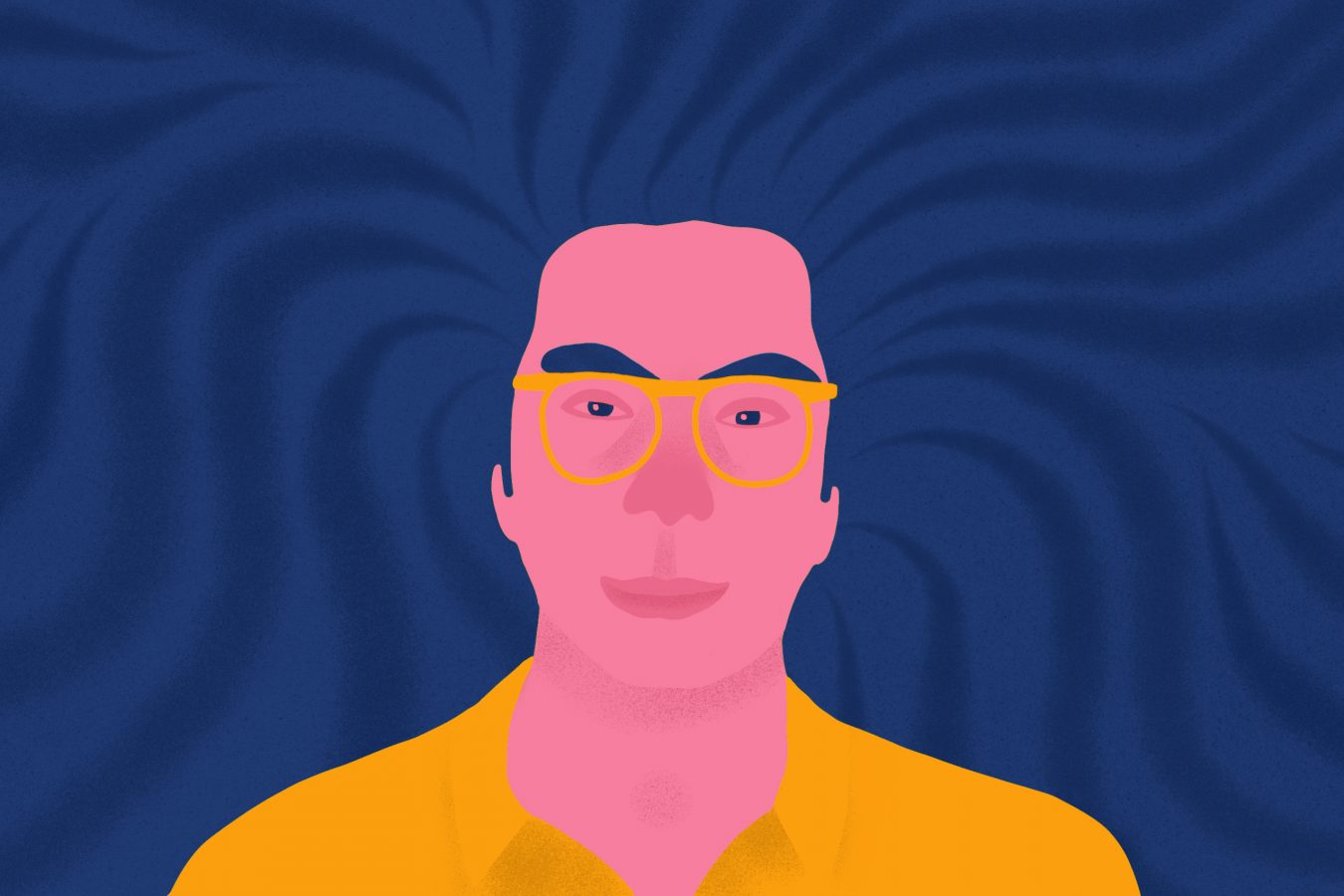 It’s embarrassing to admit the sources of certain sartorial and style choices, because the inspiration can be considered less than, well, inspiring. So let me get this out of the way: I blame the television show Veep and the movies John Wick and John Wick: Chapter 2 for the current length of my hair.

I started watching Veep, the foul-mouthed political HBO comedy starring Julia Louis-Dreyfus, last year. On it is a character named Kent Davison, played by Gary Cole. A member of the vice-presidential staff, Kent serves as chief strategist. He is a man of polls, percentages, and cold calculation. If that doesn’t ring a bell, he’s the guy with the mane. His hair is sweeping and longish (these days, quaintly short compared to my locks) with a base of gunmetal grey streaked with silver.

I can’t recall the exact scene or episode, but in one shot, Kent looked to the right, and as he turned I caught the full sweep of his hair. It had flow. It had distinction. It impressed. He looked like a king of yore.

Now, I’ve just Googled “Kent Davison hair” and “Gary Cole hair,” and it is simply not a thing. Not like “Korean curler glasses” or “Emily Blunt’s arms.” I may be alone in my appreciation, but it is real.

I let my hair grow out until I could tuck the sides behind my ears. Instead of a comb, I started to brush it. When I stood in front of a mirror, a voice popped into my head: “You’ve got to brush it a hundred times if you want your hair to look lustrous.” Can a belief be called an old wives’ tale if the notion likely came from a movie or television show where a medieval lady sits in front of a looking glass and strokes her hair before she goes to sleep? Does it matter? I swept my hair with a Goody boar-bristle brush until it took on the sleekness of a seal.

A few more months went by and my hair, like Anakin the apprentice surpassing Obi-Wan, outgrew its role model. My hair began to lose aesthetic direction; it was getting longer without aim. Once again, Google played a role. In February 2018, I wondered if a third installment of the Keanu Reeves John Wick franchise would hit the silver screen. My query provided not one, but two answers, the first being that I would have to wait another year for John Wick 3: Parabellum. The second answer was for a question I didn’t even know I had: what to do with my hair now that it’s so long? The solution was Reeves.

When playing John Wick, Reeves’s locks are long and parted in the middle. The ends threaten to sweep the jawline and the overall effect makes his face look narrow and long. Less like a mane and more like a frame. I set course towards this goal.

It is a long way between Kent Davison hair and John Wick hair. For months, my locks suffered an awkward phase. They grew longer than I had ever grown them. My hair was eventually lengthy enough that I had to flick it out of my shirt lest it be caught under the collar. It grew so long that I had unobservant shopkeepers and passers-by refer to me as a “lady” or address me as “ma’am.”

I confess I became more reluctant to shave. Somehow the gender confusion alarmed me, when, of course, it shouldn’t, because to each their own, right? Still, male fragility is real and I found myself shaving only when the face hairs became unbearable. As for the hair on my head, it kept on growing.

Since I’ve grown out my hair, people who I have known for years have walked by me on the street without a second glance. I let them pass. I’m not sure why. But this unexpected anonymity has given me a chance to re-evaluate the reasoning behind my sense of style.

In the past, I cultivated my personal appearance to stand out from the crowd. I was that guy with the heavier-framed glasses, the suit, the bowtie, and, to be honest and immodest, the perfect full head of hair. No fly-aways, no strands, with a side part as straight as a prairie highway. I was that guy. I even carried a jar of Australian beeswax in my bag just in case my hair got out of line. I had a look.

Another factor in these choices was a degree of racial self-loathing. I never would claim that I tried to look less Asian; I have no problem looking Asian, though a few Asians have asked me if I’m mixed (I’m not. I’m 100 per cent). But I can confess to spending a good part of my life trying to avoid looking like any other Asian around me.

When I was working in radio, I was often addressed by the name of another Asian colleague at the station who had medium-length hair. He, in turn, was addressed by my name. I’m sure it stopped after I left, but during the years we worked side by side, and were good friends, I sensed that we made ourselves go in opposite directions. I became more dapper (hence suits and bowties). He became more slack (which works perfectly well in the field of radio current affairs).

One could argue I was being paranoid, but to this day, when I do make the odd public appearance as an emcee or give a talk about fashion or writing, people often tell me how much they love my Vancouver radio column. The thing is, I don’t have any such column. That would be Fred Lee.

I know we Asian men don’t all look alike. But I have responded to other peoples’ confusion the way a set of quadruplets might differentiate themselves by wearing different coloured shirts: “See, I’m JJ.” It’s not particularly healthy to define myself sartorially or hair-wise as a means to avoid the racial cluelessness of a few white folk, is it?

If it’s hard to believe that my hair is racialized, take this example: a month ago, an acquaintance said my hair made me look like a samurai. Another time, a neighbour said it would make a beautiful wig. I took their words as compliments. What else could I do?

I’ve been brushing off the tension around my hair for years. When I think about it, I became quite aggressive with my hair when I hit the age of 15 and started trying to date white girls. I remember joking about avoiding Asian girls because they reminded me too much of my sisters. And deep inside, I guess I reminded myself of too many other Asian boys. I didn’t want to feel typical. So I started to shave down the sides of my head to the skin.

In university, I had longish hair on top and nothing else. When I met my wife, who is Australian and white, I was bald. It was only when I became a writer, working full-time at home, that I was relieved from the daily possibility of mistaken identity. I grew my hair out, at first, the same length as my Asian broadcasting colleague—a normal medium length, short on the sides and longer on the top with some variation depending on my mood. I kept the ‘do the same for about eight years, through my forties.

I know I started by blaming a TV show and a Keanu Reeves movie series for my hair, but maybe they have nothing to do with it. Maybe it has to do with age.

Born Sept. 2, 1964, Reeves is 53 years old. I’m 49, but I pretty much tell people I’m 50 just to get it over with. My twin boys, who are as lean as whippets, keep pointing out that I have love handles (does Reeves have love handles?). So I use a frame of black locks to buttress the sagging lines. It is my answer to my mid-life crisis; some people get a Ferrari, but I get a full head of flowing hair.

It has a couple streaks of grey, my hair. When I drink from a tap, I notice that I make the feminine gesture of brushing strands from my mouth. In fact, I can whip my hair back and forth, or at the very least flip it. So, people may tell me I look like a samurai, a wig model, heck, even a pirate. Whatever—all I know is my hair is changing the way I move, feel, and reflect. And I don’t think I’ll cut it out.

This article from our archives was originally published on July 5, 2018. Read more from Essays.