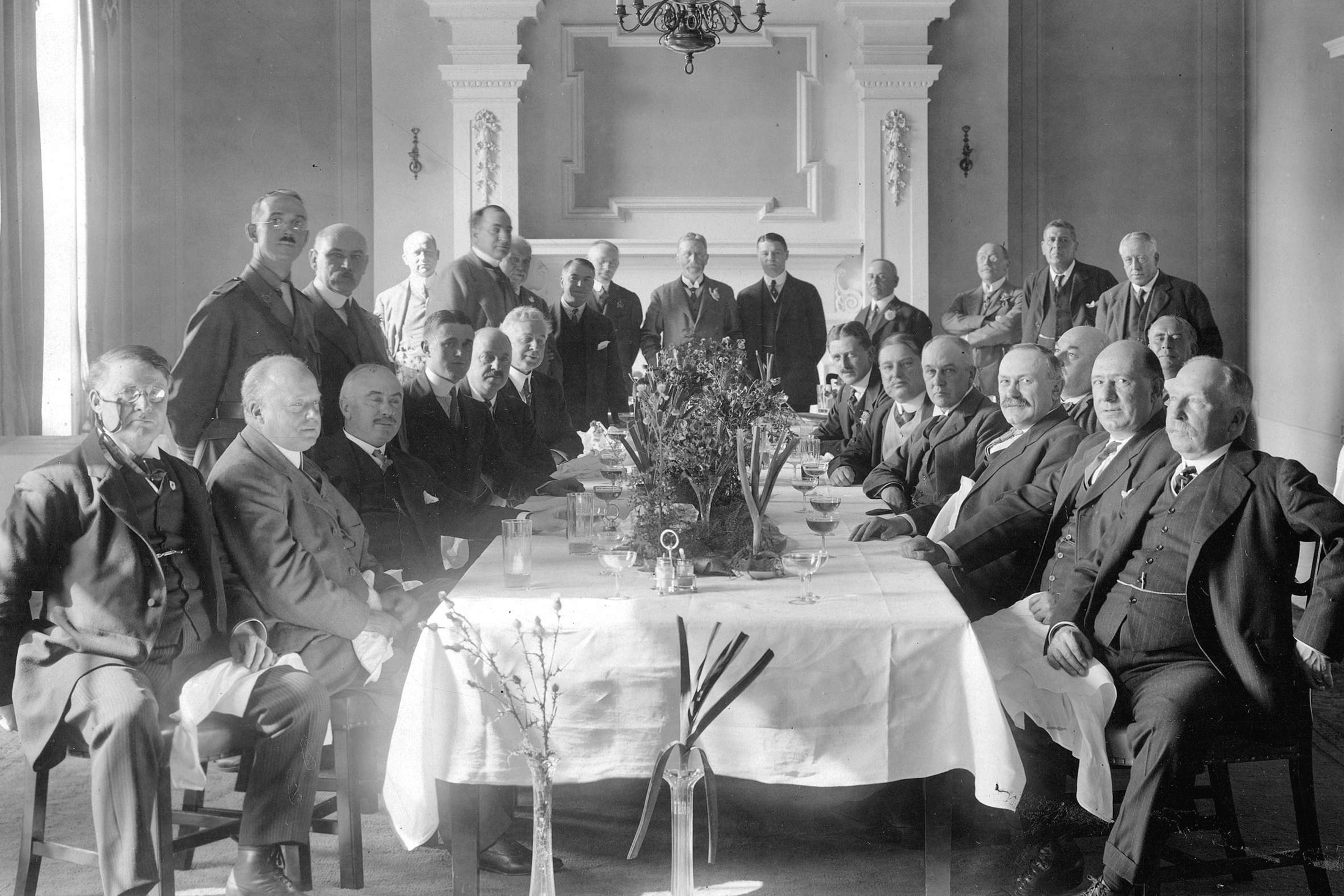 A banquet for leading citizens at the Vancouver Club, ca. 1920. Photo by James Skitt Matthews/Vancouver Archives.

The unthinkable had happened: a man had walked into the lobby of the Vancouver Club without a necktie.

George, the portly hall porter, and myself, the pageboy on duty, immediately sprang into action. We followed standard procedure for dealing with such emergencies.

“Excuse me, sir, can I help you?” George asked the hapless violator of the club’s dress code, after telling me sotto voce to go to the locker in the office behind the front desk and fetch an appropriate tie to lend our visitor.

“Umm… is this the Terminal City Club?” he asked.

“Oh no, sir, this is the Vancouver Club,” George pronounced with the tone of hauteur we guardians of the club’s sanctity used when dealing with outsiders. “The Terminal City Club is one block east of here on the same side of the street.”

“Oh, thanks,” our visitor replied, and swiftly retreated out the front door and back into the real world.

“Hmm … the Terminal City Club,” George said, implying that entering a gentlemen’s club without a tie was just the sort of thing one would expect from the denizens of that inferior institution.

On other occasions, I did have to lend cravat-challenged male visitors to the club neckties that had apparently been bought in bulk by a colour-blind Dadaist. They were then able to enter the club and experience its unique Athenaeum-on-Coal Harbour atmosphere.

For people of a certain age, the Vancouver Club represents a time when the city was insular, more laid-back, and very white—much like the club itself.

I was a bundle of nerves when I crossed its forbidding threshold to be interviewed for a part-time job as a pageboy when I was in Grade 9.

I found myself in the office of the club’s manager, John Chutter, an amiably tweedy type who looked up from his stamp collection and asked me to sit down.

“I collect stamps, too,” I ventured, hoping to score points with my fellow philatelist.

“Nothing, really. I just collect stamps from all over the world. What’s yours?”

“Empire and Commonwealth,” he replied. 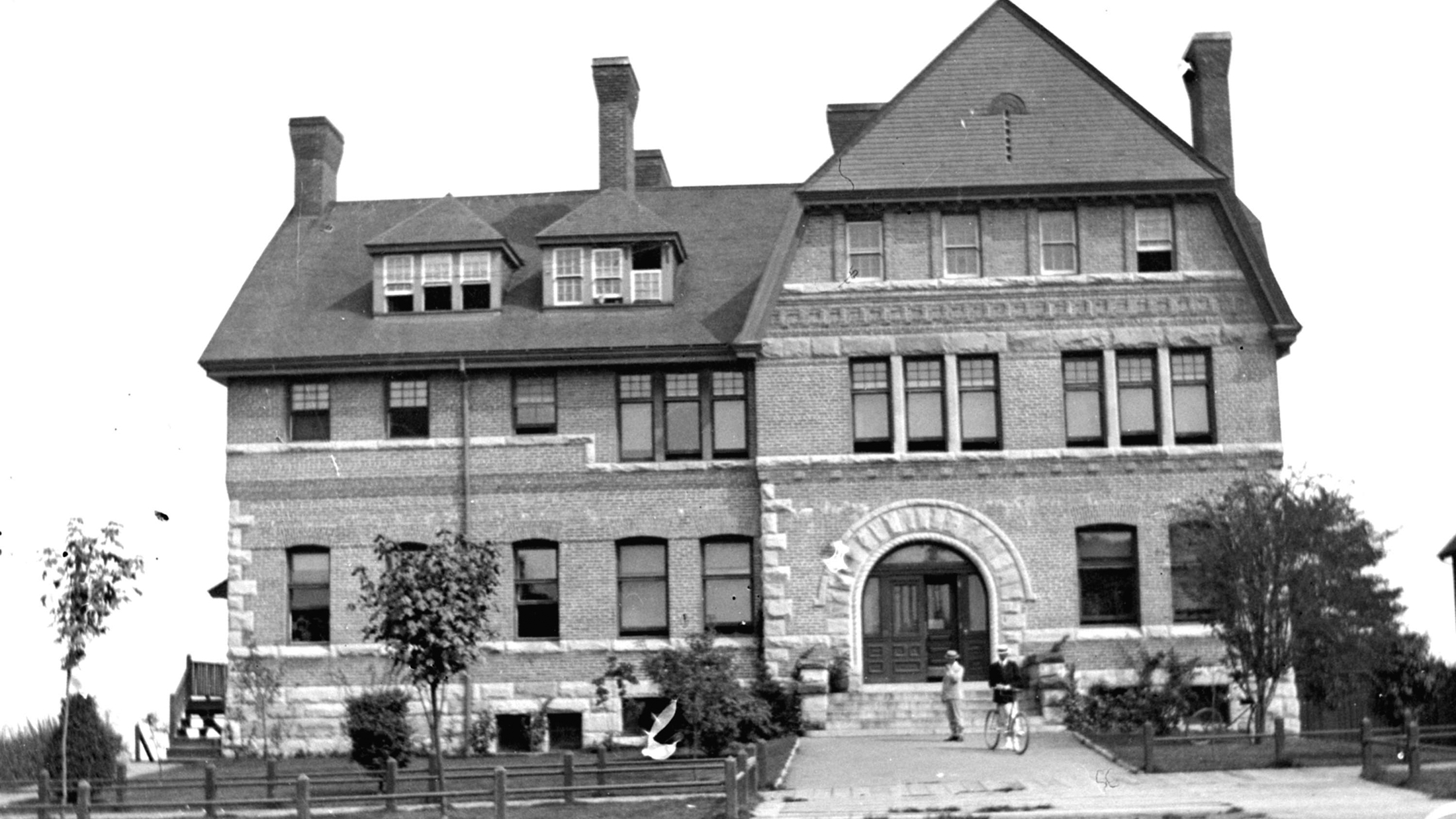 The original Vancouver Club building on Hastings Street, which was replaced by the current building in 1914. Photo by James Skitt Matthews/Vancouver Archives.

But of course. The club was a kind of shrine to the lingering association with the Old Country. At the entrance to the Dining Room, for example, there was a framed copy of Karsh’s famous photograph of Churchill in full glowering bulldog mode, and a Union Jack hanging from a flagpole mounted on the wall. A huge aspidistra in a clay pot completed the effect.

After some more pleasantries, I got the job. It was the ideal after-school gig. As a pageboy, I worked from 4 p.m. until 9 p.m. two or three days a week for $2.10 an hour, the minimum wage at the time.

The club was a rec room for the WASP ascendancy that had built up Vancouver into the world’s biggest and most attractively situated logging town—the city that style forgot. As the British occultist Aleister Crowley put it when he visited in 1906: “Vancouver presents no interest to the casual visitor. It is severely Scotch. Its beauties lie in its surroundings.”

The Beast’s take on Vancouver remained true through the ’70s. It was a comfortably smug backwater. The social and cultural convulsions of the ’60s had little effect on august local institutions such as the club, which drifted along complacently, unaware that the ’80s and ’90s would see the onetime Gastown become a vibrant, cosmopolitan city.

A generation ago, Vancouver was a greyer, blander place, an impression accentuated by the grimly sterile architecture in vogue at the time. And if Vancouver is less grey today, it’s also less white. The city has metamorphosed into a member of the Asia Pacific community, where diversity and (one hopes) tolerance have replaced the monotonous monoculture in which I grew up before moving to Tokyo in the mid-’80s.

Visible minorities were as rare as hen’s teeth at the Vancouver Club when I worked there. I would arrive at 4 p.m. and change into my pageboy’s uniform: black trousers, black Oxfords, and a heavily starched white cotton tunic with purple shoulder flashes and snazzy brass buttons bearing the club’s crest.

I would then perform my first duty of the day: taking the afternoon mail to the post office at the corner of Hastings and Granville (the club, then as now, was located at 915 West Hastings, an address forever etched in my mind). Walking the two blocks along Hastings in my pageboy getup, I felt like a bit player in some ’30s movie as I resisted the temptation to yell out, “Calling Philip Morris!” 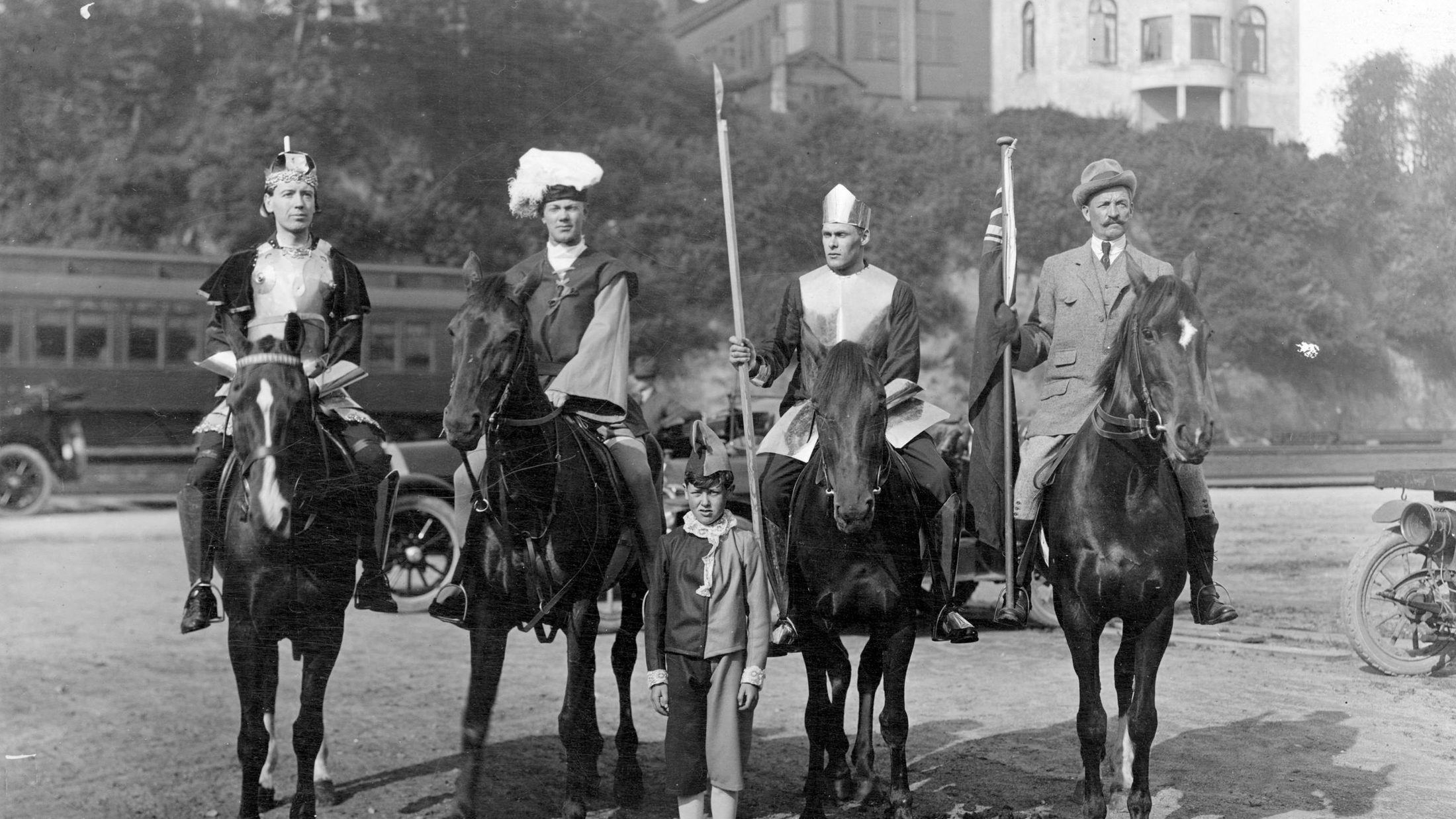 Then it was back to the club to man the switchboard and occasionally take phone messages (on a silver salver, naturally) upstairs to members ensconced in Bar 3, the Card Room, or the Billiard Room. The club’s layout reminded me of the board game Clue, but instead of Col. Mustard in the card room with the monkey wrench, it was more likely to be Judge McCormack under the billiard table with a Canadian Club.

The club’s members comprised what passed for Old Money in 1970s Vancouver—lumber and mining barons, corporate lawyers, stockbrokers, and leading members of the professions. It was a fascinating introduction to a world of wealth and power of which I was only dimly aware. I realized that there was such a thing as a class system even in supposedly egalitarian Canada.

My main impression of these captains of industry and finance was that they drank alcohol as if Prohibition were to be reintroduced the next day. On more than one occasion, the hall porter and I had to carry a hopelessly inebriated member out the front door and pour him into a waiting taxi.

The staff included characters such as Louie the dishwasher, a manic, bug-eyed little chap who suggested a cross between Peter Lorre and a cockroach. If you lived in Vancouver in the ’70s, you probably remember Louie as the gaudily attired, boom-box-toting “Rhinestone Cowboy” who was a common sight on the Granville Mall.

Helping Louie out was a nameless (we were never formally introduced), bent-over old woman who looked like she’d been washing dishes since the Last Supper. They were the lowest of the low in the kitchen’s strictly defined hierarchy, atop which sat the head chef, a silent, forbidding-looking chap with a black moustache and goatee who always seemed to be sharpening his deadly-looking meat cleaver while staring coldly at intruders like lowly pageboys. The menu, like most of the Dining Room’s patrons, was rich and on the heavy side.

Down on the first floor, Mr. Denham, the head hall porter, was in charge of the hall porters and pageboys. He was a no-nonsense, spit-and-polish martinet. 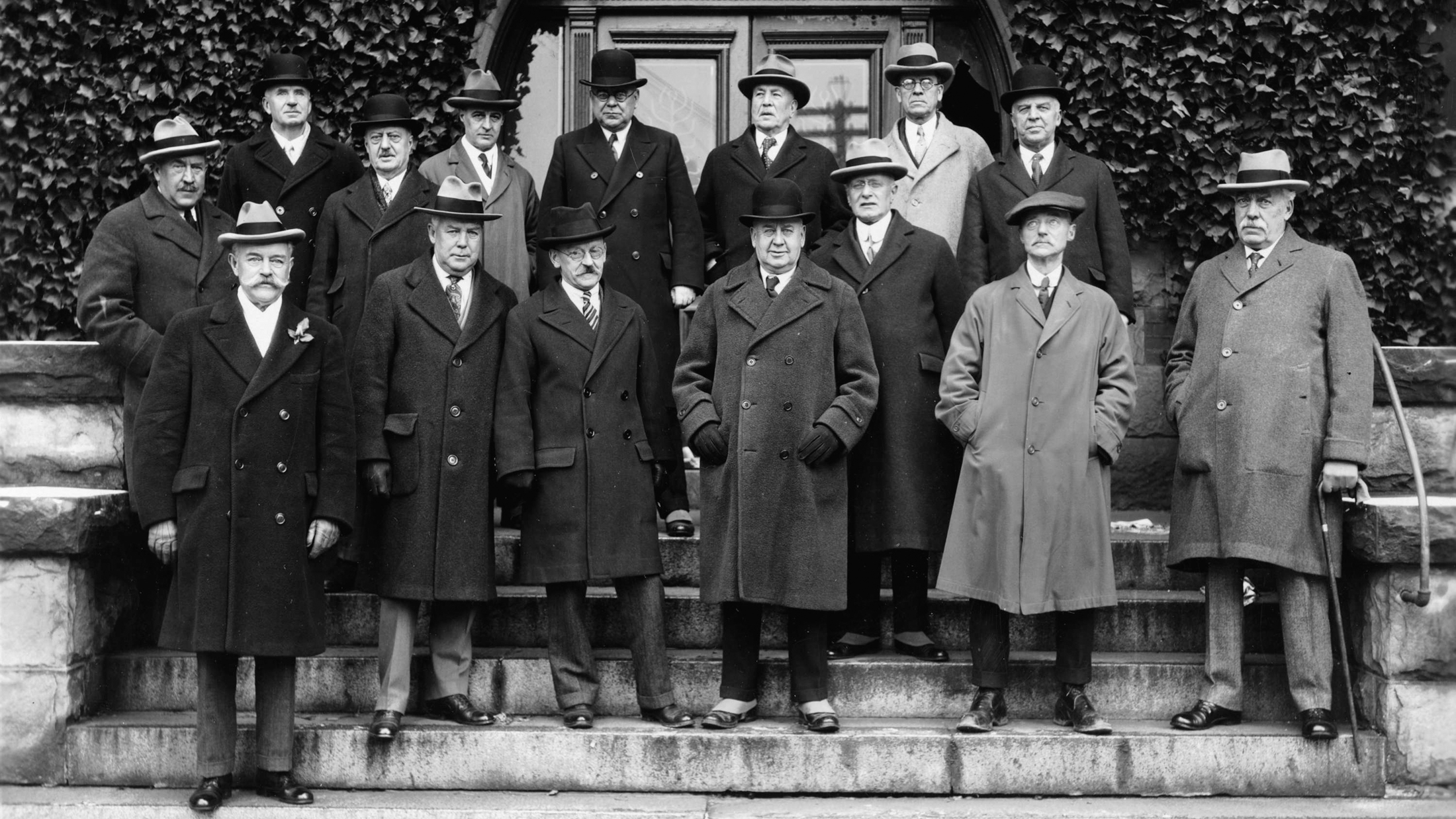 No place in the club epitomized its ossified Edwardian ambiance more than the first-floor Reading Room. With its fireplace, overstuffed leather armchairs, Persian carpets, old-fashioned writing desks (which members actually used), and bookshelves bearing dusty volumes of Kipling and other clubland literary staples, the reading room was straight out of an old Norris cartoon—the kind of place where members checked the obituaries each day to see whether they were still alive.

A couple of summers back, I was walking along West Hastings and found myself looking at the imposing neo-classical facade of the club. On a whim, I decided to go in and check out the old place. The hall porter’s counter had gone, but there was one like a hotel’s front desk at the base of the staircase in the main lobby.

A pleasant young man named Ryan listened to me as I told him of my past employment at the club. He emphasized how much it had changed since I worked there in the previous millennium. The club eventually realized that sexism was passé in a world where women had punched through the glass ceiling and into corporate boardrooms, and allowed women to become members.

The club now has weekly after-work jazz performances and women’s wine tasting evenings aimed at young female professionals. Long-departed members must be rolling in their graves.

Ryan kindly took me on a guided tour of the old place. It was nostalgic, to be sure, but I was impressed by how the club had managed to preserve much of its old-school vibe while keeping up with the times. There are old shooting trophies on the walls as well as meeting rooms with all the mod cons you’d expect in a C-suite.

The club looks anachronistic and out of place among the brutalist towers of steel and glass that have sprouted up around it. But it has successfully evolved into an institution that reflects what Vancouver has become in the 21st century: a vibrant place with an Asia Pacific identity. The membership is now refreshingly diverse—like the city itself.

Pageboys, however, have gone the way of the dodo, which is just as well; I doubt whether I could squeeze back into my uniform.