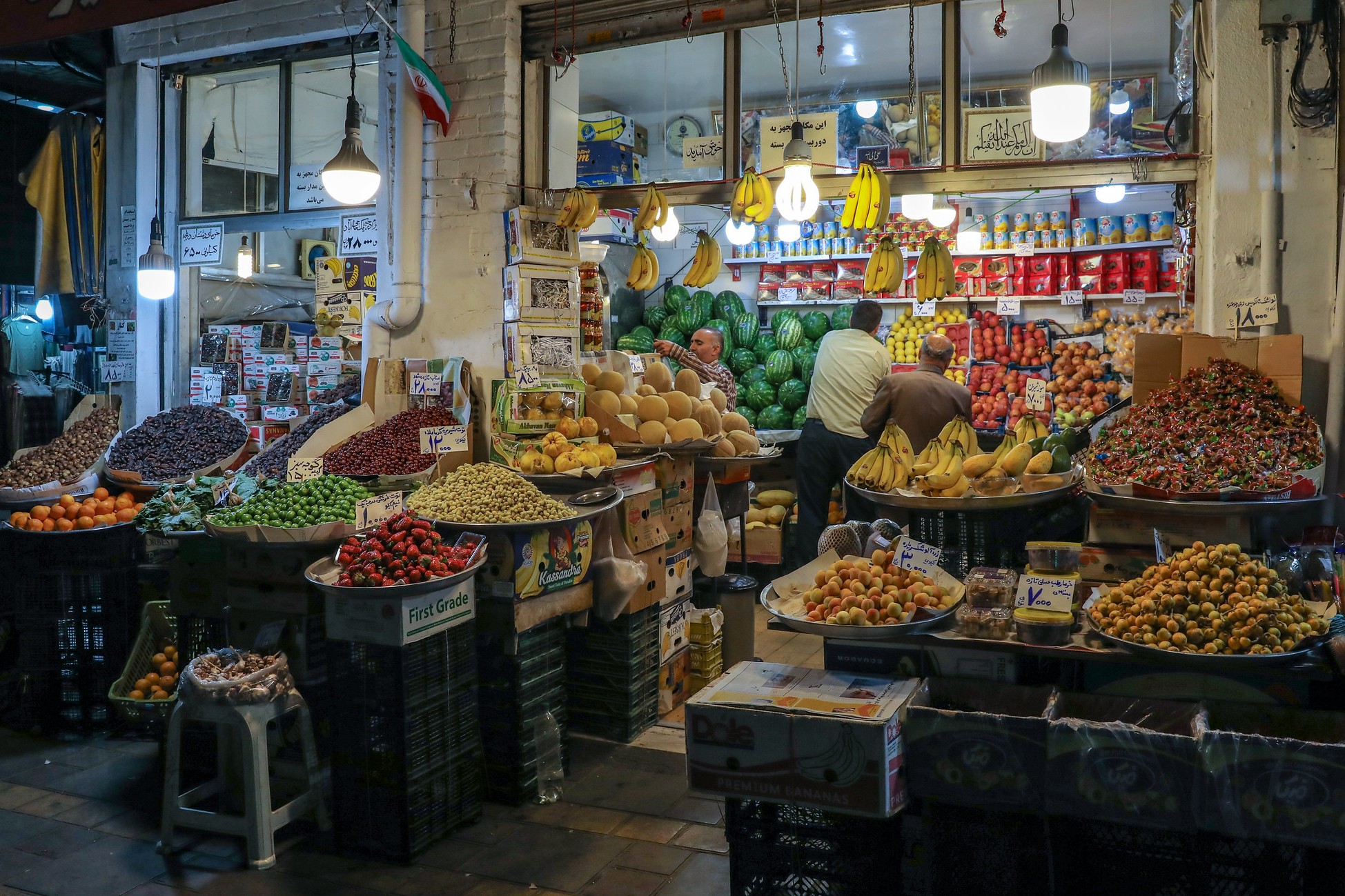 I step up to the viewing scope at Prospect Point, the northernmost outlook of Stanley Park. Legend has it that in the caves directly beneath where I am standing, there lives a powerful spirit-being—one that can bring forth thunderous storms and relentless, unforgiving rain showers. I glance up at the heart-sick clouds donned in their funereal blacks. The sky is full and heavy, with a lump caught in its throat, on the verge of spilling every last detail of its broken heart. The spirit-being below taunts and threatens.

I have made the trip to Prospect Point to answer a question that has been haunting me for over 35 years: what was my very last meal in Iran?

I hurriedly reach into my jean pockets and fumble around. I pull out a few pistachio shells, rocks of varying sizes and weights, and a crumpled-up leaf—the remaining hints of fall in Vancouver. Sticky wrappers of gaz (Persian nougat candy) and Sour Patch Kids cohabitate peacefully within the confines of said pockets; a couple of toot (dried mulberries) and nokhodchi (dried roasted chickpeas), which we had picked up a few days earlier from the Persian market in North Vancouver, have also eternally coated themselves to the fabric. I am the guardian of such treasures entrusted to me by my children on any given day, during any given outing.

I dig deeper and pull out the coin I am searching for. Soleil, my youngest, had spotted it half-buried in the dirt. I tried to dissuade her from digging it out, but she prevailed, as she often does. “Save it, Mama,” she said. “For luck, Mama,” added her sister Luna, my eldest.

I find my footing on the cement platform, give the coin a quick toss—for luck—and insert it in the slot of the Prospect Point viewing scope. I grab either side of the apparatus and slowly bring my face closer. It takes my eyes a few moments to adjust. I open my lids wide and hold on tight as I get swept up in a continuum of sights, sounds, smells, and tastes of a life past, present, and future crashing in and out of focus. I frantically search and search. Time is limited, and I am out of coins. 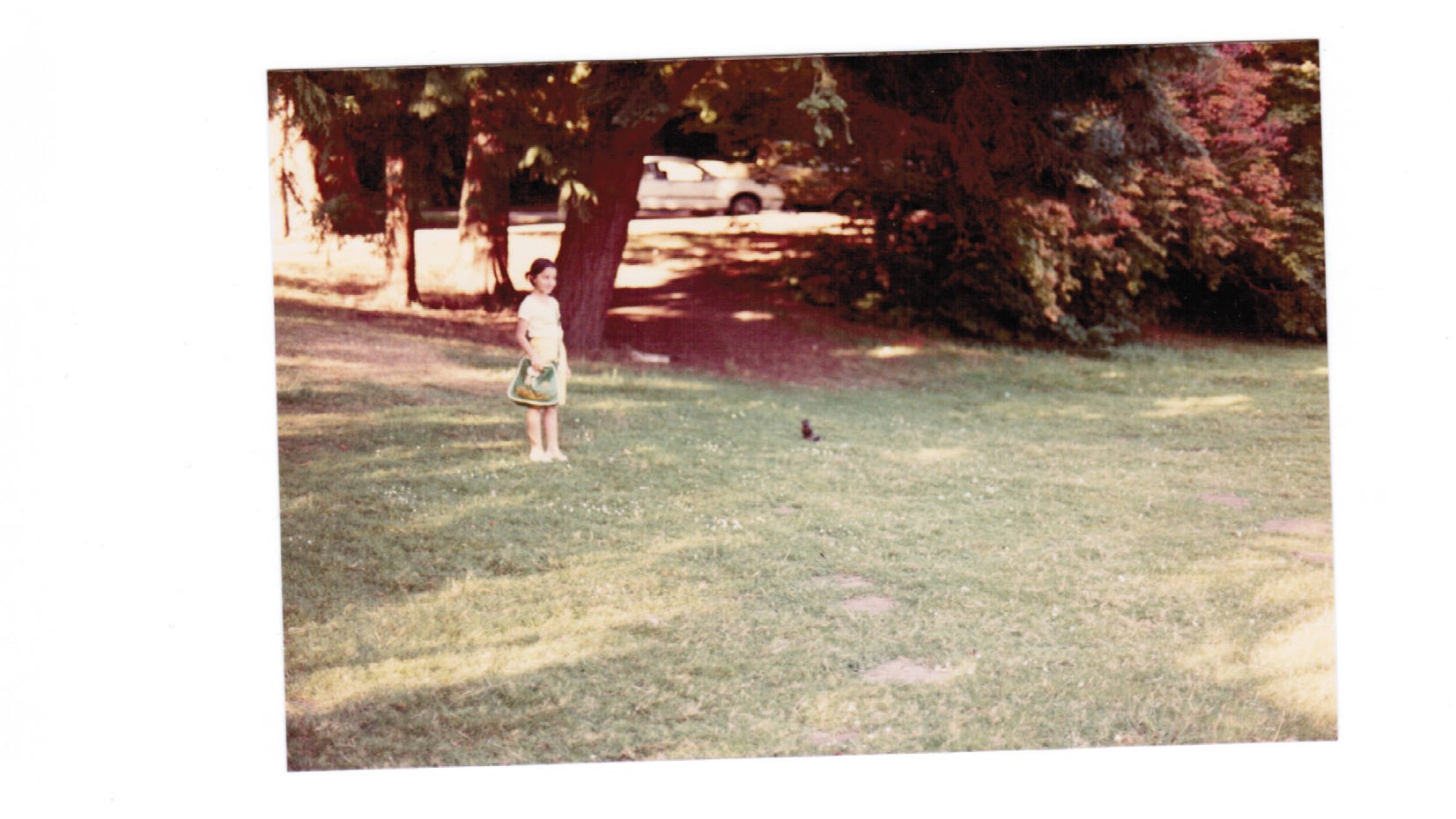 Instinctively I swing the scope east, hoping that somewhere beyond the Lions Gate Bridge and Burrard Inlet, I will be able to find the snow-capped Alborz mountains and eventually zoom in on our kitchen table in Tehran. But today, just like every other day for the past 38 years, the memory-keepers have no intention of unlocking their vaults, no matter how hard I open or close my eyes. Suddenly, the ground beneath me rumbles and the viewing scope jolts and swings back west, sweeping past Ambleside Beach, across Siwash Rock, and landing directly on Robson Street circa 1982.

My parents, brother, and I left Iran in 1980, shortly after the revolution. After a brief stay in Italy, we packed all our belongings once again and headed west to the exotic and the unknown: Vancouver. We had recently been accepted as landed immigrants, meaning Canada graciously opened its doors and we gratefully accepted; we arrived at Vancouver International Airport on my 10th birthday, three suitcases and one sewing machine in tow. After respectful but intense questioning at immigration, we were dropped off at a hotel on Robson Street, which was then still a couple years shy of becoming the fashionable tourist hub it is today. We were jetlagged, culture shocked, and hungry, so that first night, my father and brother courageously ventured out into the wild in search of provisions. I fell asleep before they returned. 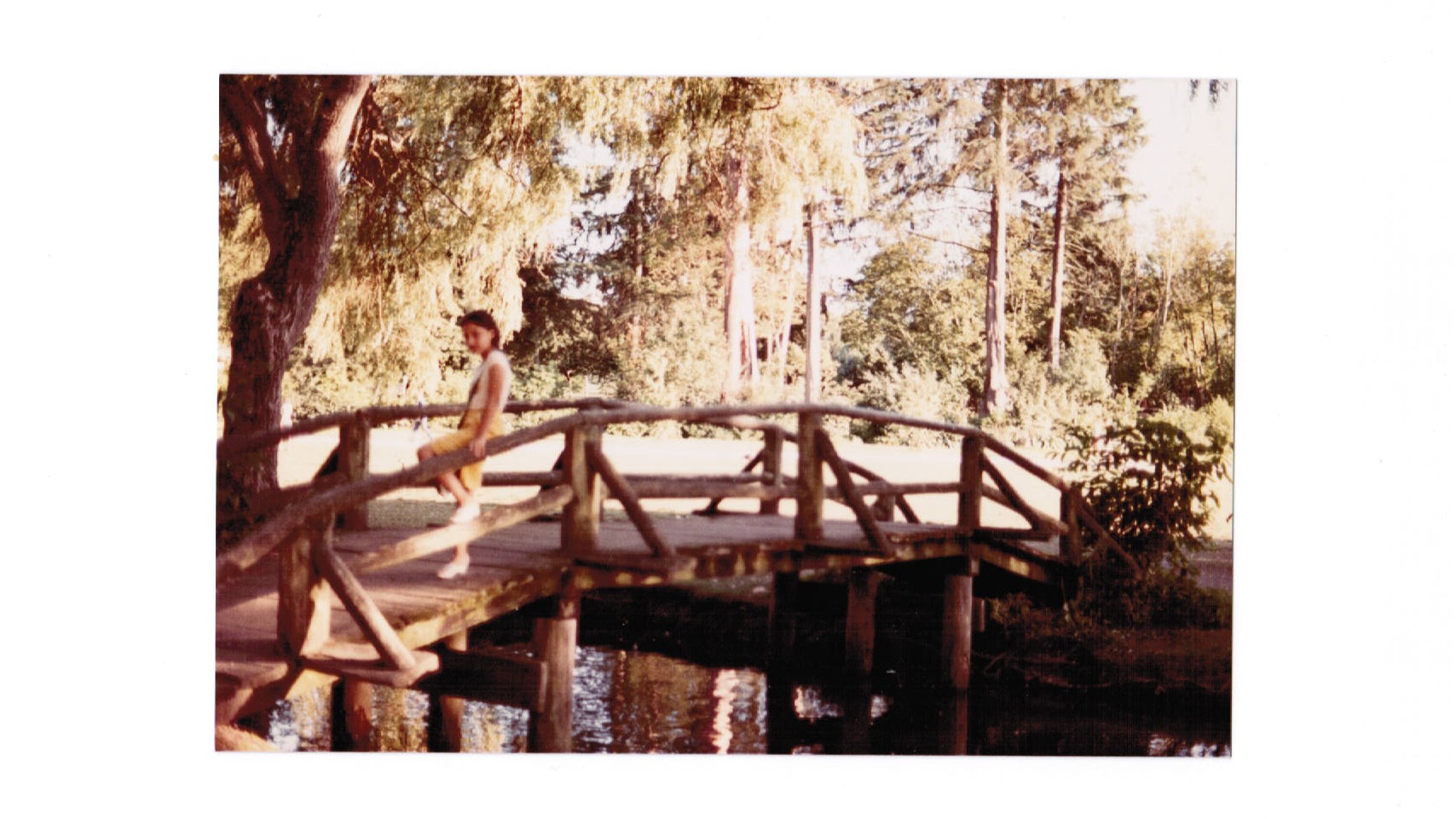 The next morning, I woke up at 5 a.m. and ravenously feasted on a cold Quarter Pounder with cheese and limp French fries that had been left by my bedside. This first bite of the West was full of promise and flavour; however, as is often the case with fast food, it didn’t properly fill me up. And as good as that initial taste was, my first few months in Vancouver proved otherwise. I was homesick for Rome. I was homesick for Tehran. I was homesick for mounds of fresh herbs, platters of saffron-steamed rice, and bowls of hearty stews. No matter how many times my father walked me through majestic Stanley Park, pointing out the curious black squirrels (the likes of which we had never seen before), there was still a lump lodged deep in my throat. In Persian, there is a specific word that describes this lump: boghz. I carried with me a boghz that felt like if it ever broke, it would release unending rain showers—the kinds of which were unheard of, even in Vancouver.

I was homesick for mounds of fresh herbs, platters of saffron-steamed rice, and bowls of hearty stews.

After a few weeks of house hunting, we left the Robson Street hotel for an apartment in North Vancouver. I packed up my boghz, which had now become like a childhood blanket I clung to, and made the journey across the Lions Gate Bridge. The apartment was perfectly located, as far as I was concerned. To our right there was a McDonald’s, to our left there was my new elementary school, and directly across from it there was a White Spot. A promising triangle of hope and nourishment. With the start of the school year, it didn’t take long for me to adapt and engrain myself in the ways and culture of my Canadian classmates. We saved up our money all week and spent it every Friday at lunch on White Spot Pirate Paks. There was a freedom with hopping on our bikes and riding down Lonsdale Avenue, popping into the bulk food store with its overflowing barrels of candy; at the Asian produce market we snacked on Japanese cucumbers, which reminded me of Persian ones.

At the time, there was one Persian restaurant in North Vancouver, owned by the family of a new friend. The restaurant boasted a split menu: Persian food and all the trimmings on one side, and North American fare on the other. This menu told my story of navigating life caught in the “in between” better than I could, flawlessly code-switching from clubhouse sandwiches with a side of fries at lunch to dinner of kabab koobideh, rice, charred tomato, and sumac for sprinkling, all to be washed down with doogh. (This duality is something I have since learned to explore in my own cooking, which inspired me to write a cookbook, Bottom of the Pot – Persian Recipes and Stories, that came out in September 2018.) 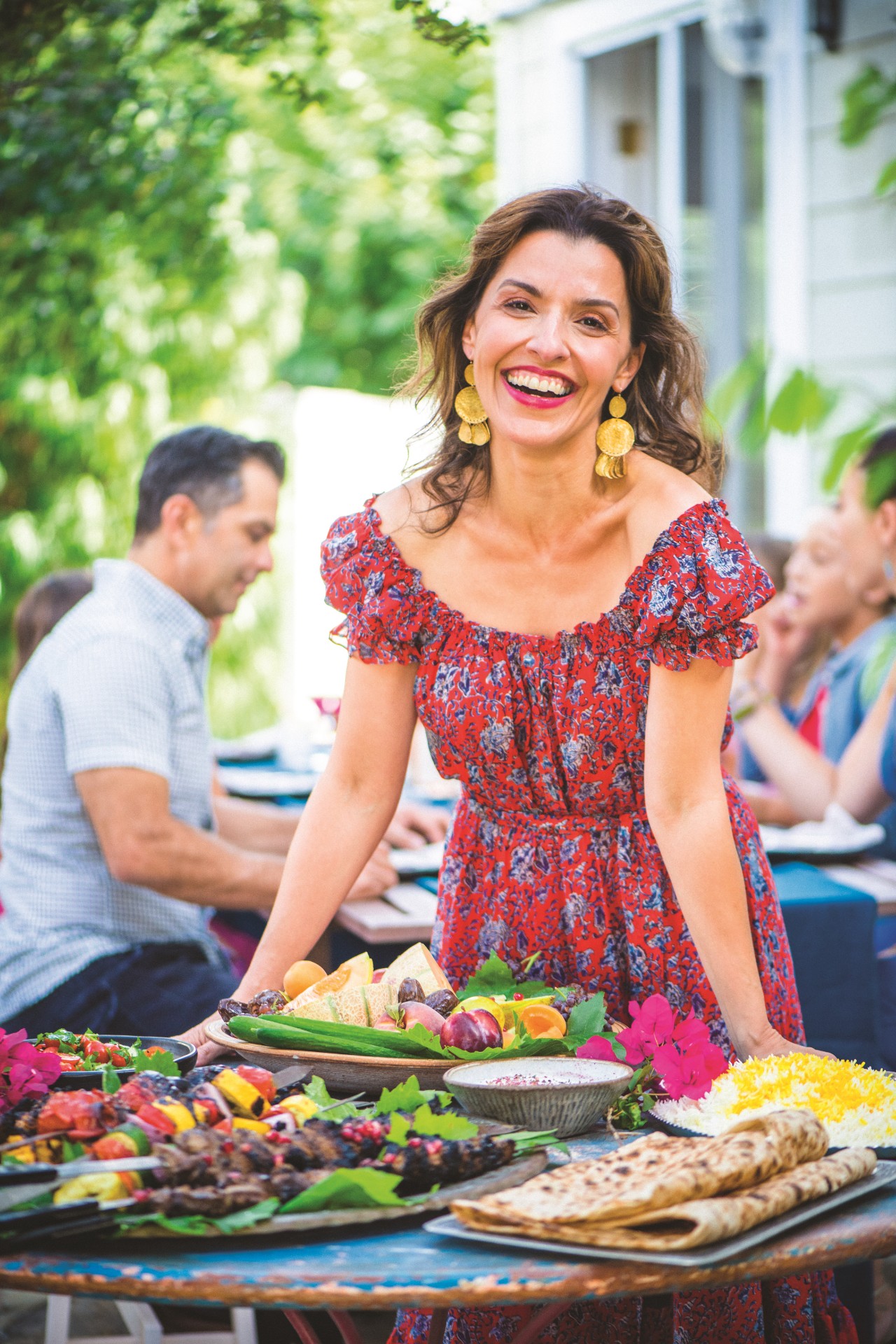 The author, for her book Bottom of the Pot: Persian Recipes and Stories. Photo courtesy of Naz Deravian.

One day, as I was practicing my flute in the tiny bedroom of our apartment, I overheard my parents discussing a possible relocation to West Vancouver. The thought of moving once again, even if it was just 15 minutes away, was the last straw for me. The ground beneath me rumbled as my music stand tipped and my face flushed. My boghz finally unleashed itself from the caverns within my throat and broke every dam in its path.

We didn’t end up moving. Instead, we sat down to a rice and stew dinner and treated ourselves to Swensen’s ice cream for dessert.

The viewfinder on the spotting scope goes dark. Time’s up. I let go of the handles and step back. It takes a couple of seconds for my eyes to adjust to my surroundings, but I soon realize that my hair is wet and I’m in the middle of a puddle; the spirit-being has spoken and the clouds have responded. I’m soaked.

My family urges me to get back in the car. I take one last look across the inlet and beyond the North Shore Mountains. That’s as far as I can see. I am home.

This article from our archives was originally published on January 13, 2019. Read more personal essays.