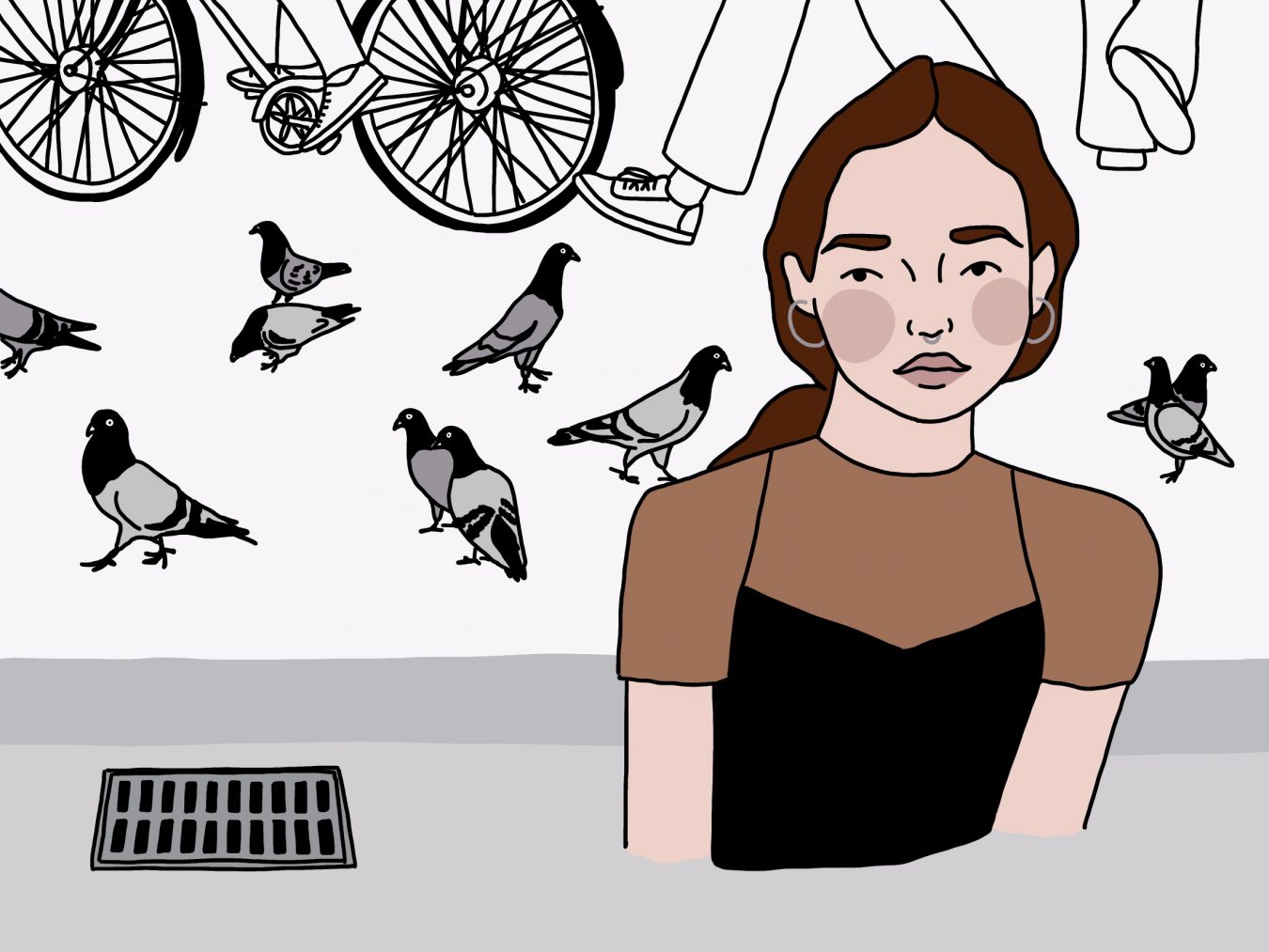 Standing at the intersection of Granville and Georgia streets, I feel the pulse of Vancouver tangibly. Georgia connects North Vancouver and the Trans-Canada Highway to downtown’s core, and Granville reaches from Gastown to YVR Airport. The humans here are diverse: businesspeople hurriedly cross the intersection; the homeless take root in abandoned alcoves; shoppers leave Michael Kors with new purses in tow; and snacking passersby unknowingly drop crumbs for the cooing pigeons at their feet. Pigeons have become part of the makeup of many cities, but these birds also have the ability to polarize a population: we either love or scorn them. How can this feathered thing further divide us?

Researchers say we have historically developed a relationship with the pigeon that is more unique than that with our revered “man’s best friend.” So, what’s the deal? I’ve already analyzed the characters of crows and gulls, but what’s clear to me with pigeons is a need to peer not into the bird’s perspective, but rather into our own.

In the context of the pigeon, as Andrew D. Blechman explains in Pigeons: The Fascinating Saga of the World’s Most Revered and Reviled Bird, labels matter. “Squab” is the term used by high-class chefs the world over to describe the prized meat of the pigeon. “Dove” is a symbol of peace, love, and hope, inspired by its docile disposition and the lasting image of the bird returning to Noah’s ark with an olive branch. “Pigeon” is reserved for the vermin littering our sidewalks with droppings. The squab, dove, and pigeon are all descendants of the rock dove—essentially, it’s all in a name.

Still, many see far beyond the label; today pigeon fancying remains a competitive sport. Those who participate liken their genetic manipulation to an artform: their pigeons are a source of pride. For others, like Mike Tyson, fancying allows them to feel unconditional love when other humans have failed to be good companions. Ordinary folks have pet pigeons, too, and their affection is similar to what we see on Instagram for corgis or cats (specifically on #caturday).

Every major superpower, from Ancient Egypt to the United States, has capitalized on the pigeons’ homing abilities. Racing still holds tradition in America and Europe (the Queen of England is an avid racer), and the new billionaires of China have recently put millions into this sport. Winning pigeons are sold for up to $300,000, and the competition is laden with class, boasting country clubs, and honour. Pigeons here are the subject of potential status and the rush of gambling.

Our hatred for pigeons is relatively new. Today’s feral pigeons are the descendants of pets brought to North America in the 1600s, and because of their domestic nature (and access to our food scraps) they live close to us in cities. In 1960, New York’s parks commissioner Thomas Hoving called them “rats with wings,” and the sentiment remains strong. Our disgust largely stems from their waste: one pigeon can produce 25 pounds of droppings per year. Yet the belief that pigeon waste is full of disease is one propagated by the pest-control industry: while all droppings can carry disease, pigeon waste is at no higher risk of transmitting disease than any other animal’s.

This Narrator’s Point of View

And what of this narrator’s perspective? When I watch the pigeons circle above the Georgia and Granville intersection, I’m reminded of their homing instinct. Homing pigeons have an understanding of space and time akin to our own; they can be released hundreds of kilometres from home and still find their way back. They use the sun’s orientation (they know it rises in the east and sets in the west), the magnetic field of the earth, and their keen senses to guide them. They can fly 800­ to 1,200 kilometres in one day at nearly 100 kilometres per hour. There is something noble about the pigeon’s return home—a process that surely can’t always be easy. So I have discovered a new affinity for this bird. Dedicated to the journey, no matter how arduous it may be? Now that’s the making of a hero.

Discover more from our Essay section.