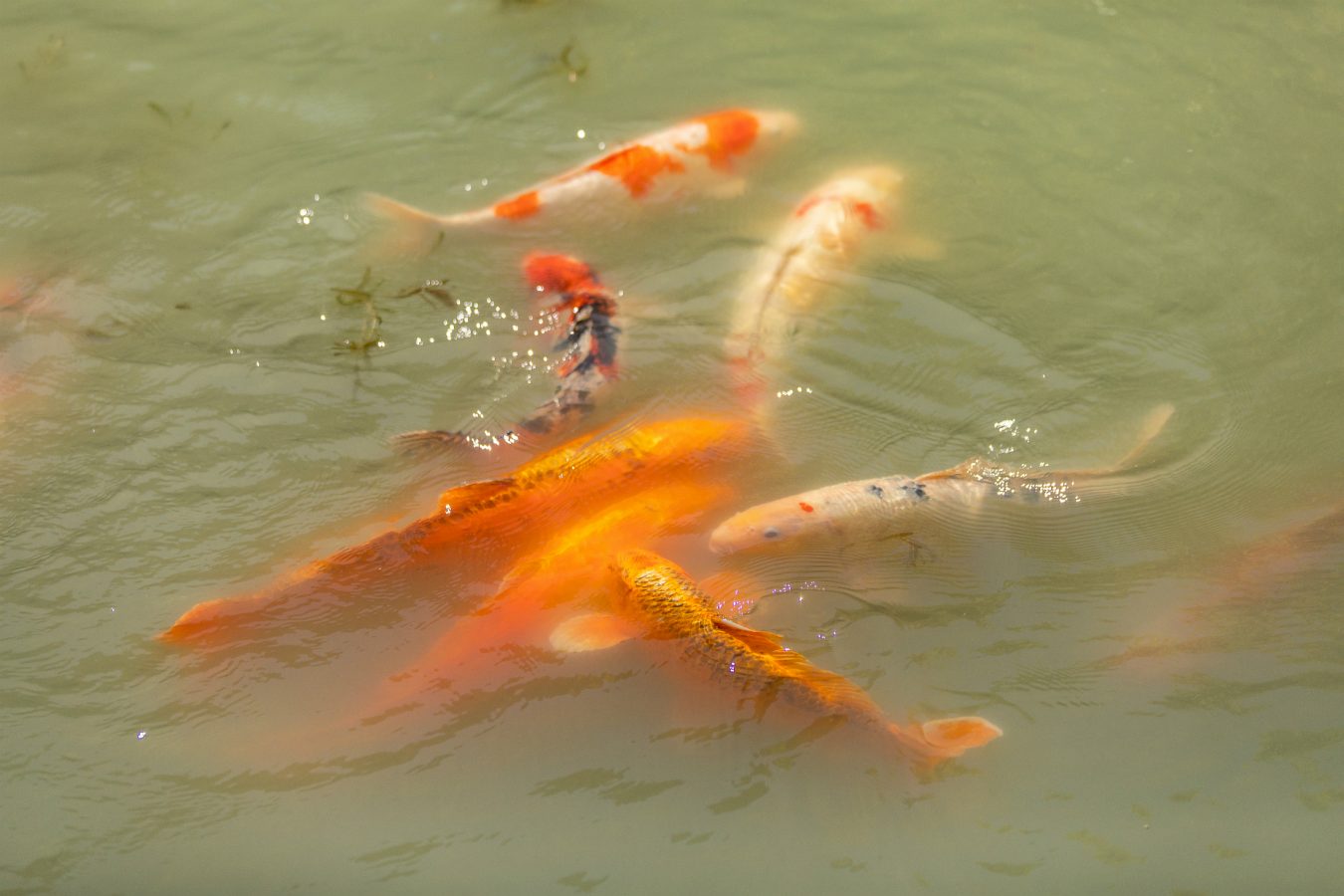 I’m not saying you were culturally ignorant because you supported #TeamOtter—but maybe you were, just a little. I know I was.

It started out so innocently, like a fable written by E. B. White with talking animals and silly humans.

To wit: a river otter mysteriously appeared in Vancouver in mid-November and made its way into the pond at the Dr. Sun Yat-Sen Classical Chinese Garden in the heart of Chinatown. The garden’s staff was instantly in a kerfuffle, because the pond was filled with koi fish—koi fish who were now in danger of being entirely eaten.

The garden shut down. Workers set up overnight traps filled with food. In the morning the food was gone, but there was no otter. The furry felon proved to be wily, energetic, and so darn cute. How do we know that? Well, somehow, the elusive one found time to pose for the odd news camera and iPhone. This curious local story blew up (BBC, The Washington Post, yadda, yadda, yadda) and, there you go: we arrived at #TeamOtter.

I nearly joined, because I had no clue how culturally important the koi were. In Chinese culture, they represent wealth, harmony, and even marital happiness. I had to look that up, and I’m Chinese!

I have in the past been told I’m not Chinese enough because I don’t speak Cantonese; I was born in Canada; I pretty much follow the holidays of the Christian calendar; and clearly, I don’t know enough about koi. But, I’ll tell you what: as far as most white people are concerned, I’m the real deal.

So yeah, I fell under the spell of this fable, this parable of Otter versus Koi. Fables are powerful because they offer both simplicity and depth. Instead of the sticky details of real estate prices, money laundering, or fentanyl crises, #OtterWatch2018 felt like such a straightforward tale, a Fantastic Mr. Otter. We could project ourselves into it. Who doesn’t want to be the authentic, charismatically bold bandit? The otter was Han Solo on four legs—and we could, if we let ourselves, be Han Solo. It’s an attractive thought for a culturally-alienated Asian-Canadian like me.

That being the case, what were the koi in this allegoric algebra? I argue they were at risk of being shoved into the role of Jabba the Hutt: bloated, indolent, ensconced in palatial grandeur. For those who don’t speak Star Wars, let me translate into Trekkie: the koi were the mercantile-class Ferengi.

Were the koi crazy rich Asians? I don’t know. Does the following jive? The ancient aquatic animals lived lives of pampered decadence within the garden’s centrepiece water feature. They swam majestically with a hauteur that suggested they demanded reverence and expected to get it. And they did. Thousands, if not millions, of people passed through the moon gate of the walled precinct to catch a glimpse of them. In short, they were spoiled sophisticates living large until the otter showed up. (Okay, maybe the otter is Luke Skywalker, but you get my drift.)

As I found out more about the koi, and why the staff were so desperate to save them, I was struck by an epiphany: the story was no longer so simple. Beneath the fun and games (#TeamOtter and #TeamKoi were super cute, even earning their own illustrated pins) lurked the same complexities of race and identity that seem to play a role in nearly all of Vancouver’s ongoing issues.

I kept an eye on my social media. I kept a look out for tweets that shifted the silly banter into grimmer fare. I had dark fantasies that alt-righters would catch on to #TeamOtter and make things ugly. They would say the koi had it coming.

It never happened, or at least I never caught it (I avoid comments sections). But things turned ugly anyway, as the otter looked ready to eat its way through the entire school of koi. It didn’t even finish the 10 it did kill: day after day, strangely forensic pictures appeared in the media showing the fish with their heads untouched but their guts ripped out. So much for fun and games. Suddenly, we were in Watership Down territory. In that novel, talking rabbits try to kill each other.

As of this writing, the three surviving koi have been rescued and taken to a tank at the Vancouver Aquarium, which puts this parable near its end. And like with all good parables, a lesson can be learned from this one. For me, it’s that I am just hanging on to my place in this reality, this town, so defined by race, wealth, and competing claims of belonging. I’m not #TeamKoi, and I’m not #TeamOtter. I’m the koi.