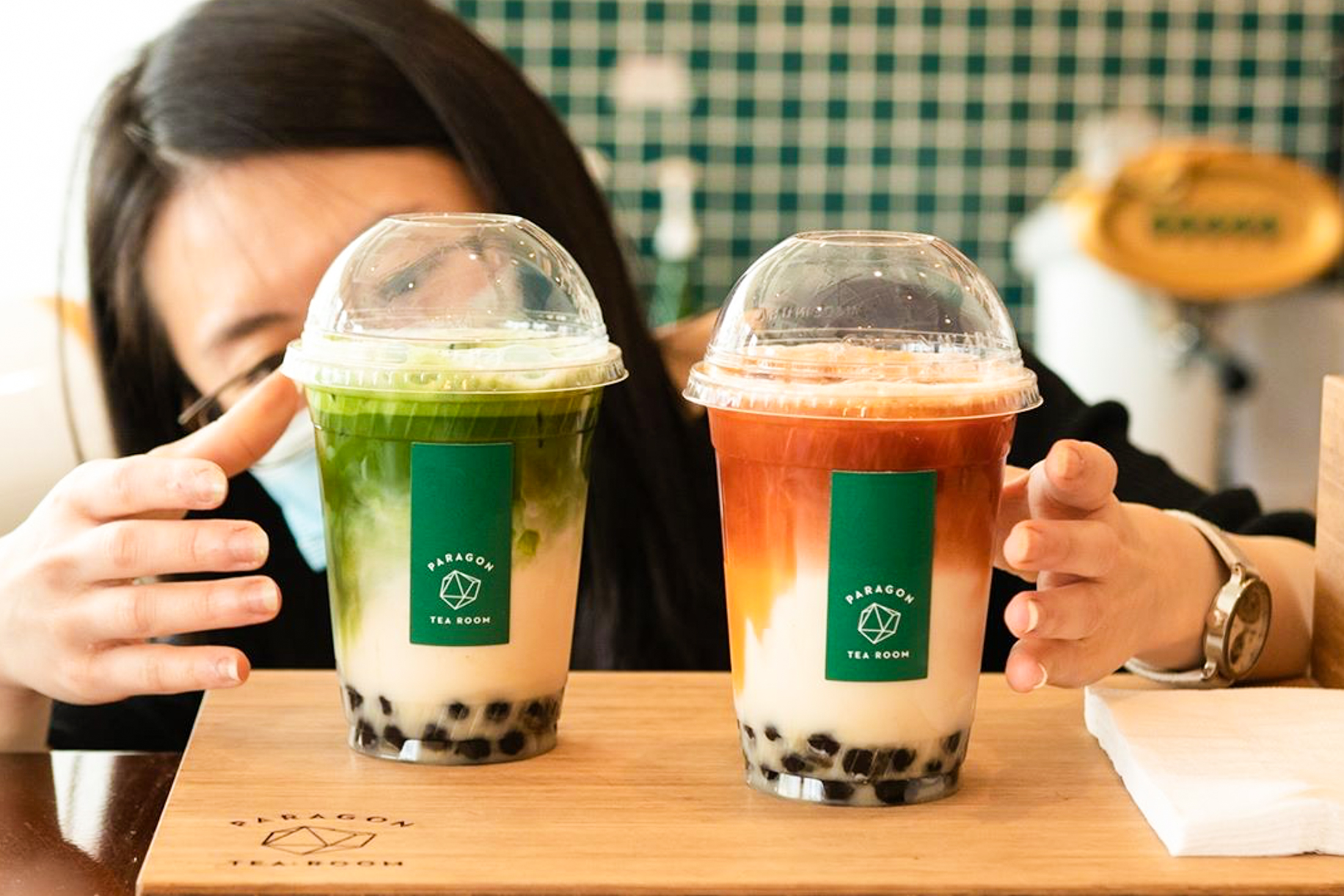 My earliest memories of bubble tea predate this city’s obsession.

A close relative opened a local bubble tea shop in the early 2000s, but it didn’t live to see Vancouver’s bubble tea boom because demand for the beverage just didn’t yet exist here. The rapid growth of Metro Vancouver’s Asian communities hadn’t reached its peak. Still, the memories of sipping on her kid-friendly bubble teas, gleefully holding cups filled with pearls, stuck with me.

If you’ve never tried bubble tea before, you’re missing out on a highly enjoyable beverage. Originally from Taiwan, this tea-based drink is usually combined with milk, fruit, or ice cream, and, most importantly, tapioca balls: a dark-brown-hued, starch-based dessert that people affectionately call “pearls” or “boba.” It’s easy to become hooked on the slightly sweet flavour and soft, chewy texture. 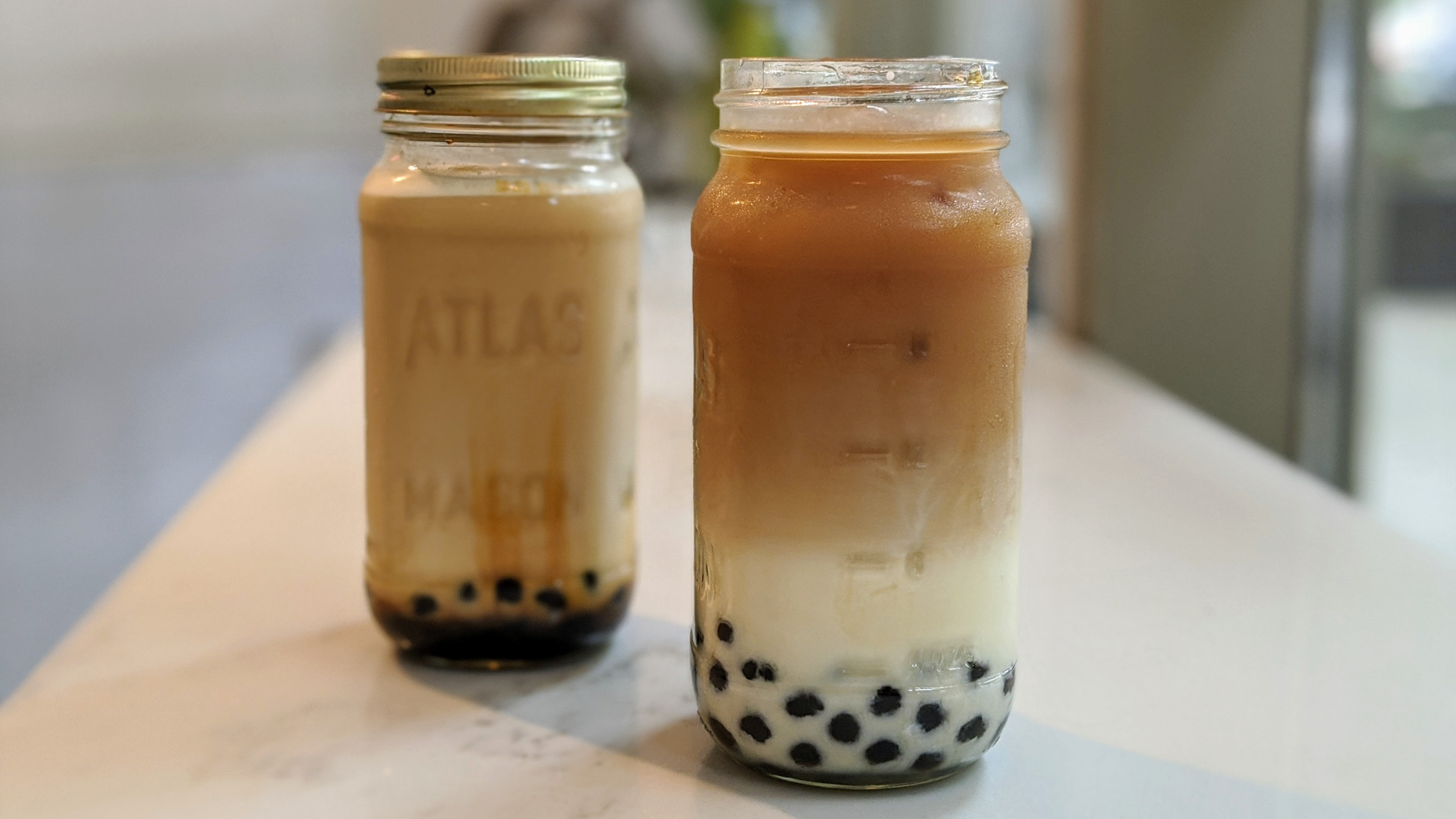 Whether I’m sipping a classic milk tea, brown sugar pearl milk, passionfruit green tea, or mango ice cream slush, I appreciate the versatile role it’s come to play in my life,  from an afternoon pick-me-up, equivalent to grabbing a coffee during those midday slumps, to a post-dinner treat in lieu of an ice cream cone or a slice of cake.

And I’m not alone. This Asian import has become mainstream in the past few years, thanks to the steady influx of immigrants from Asian countries and overseas students studying at local universities. No doubt this also explains why the Taiwanese bubble tea giants have taken notice of Vancouver’s boba-consuming potential—and started tumbling over each other to enter our market.

Gavin Wang, the franchise owner of the Yaletown Jenjudan location, says its brown sugar pearl drinks are some of the best in Taiwan, and it was time to introduce them to Vancouverites. He saw a business opportunity and decided to give it a shot, despite the saturated and competitive bubble tea market. al

“You have to do your market research and [determine] how long your store can survive,” says Wang. “All the bubble tea stores are concentrated in particular areas in the city; we have to compete with all the other brands. But we stand behind our products and our services.” 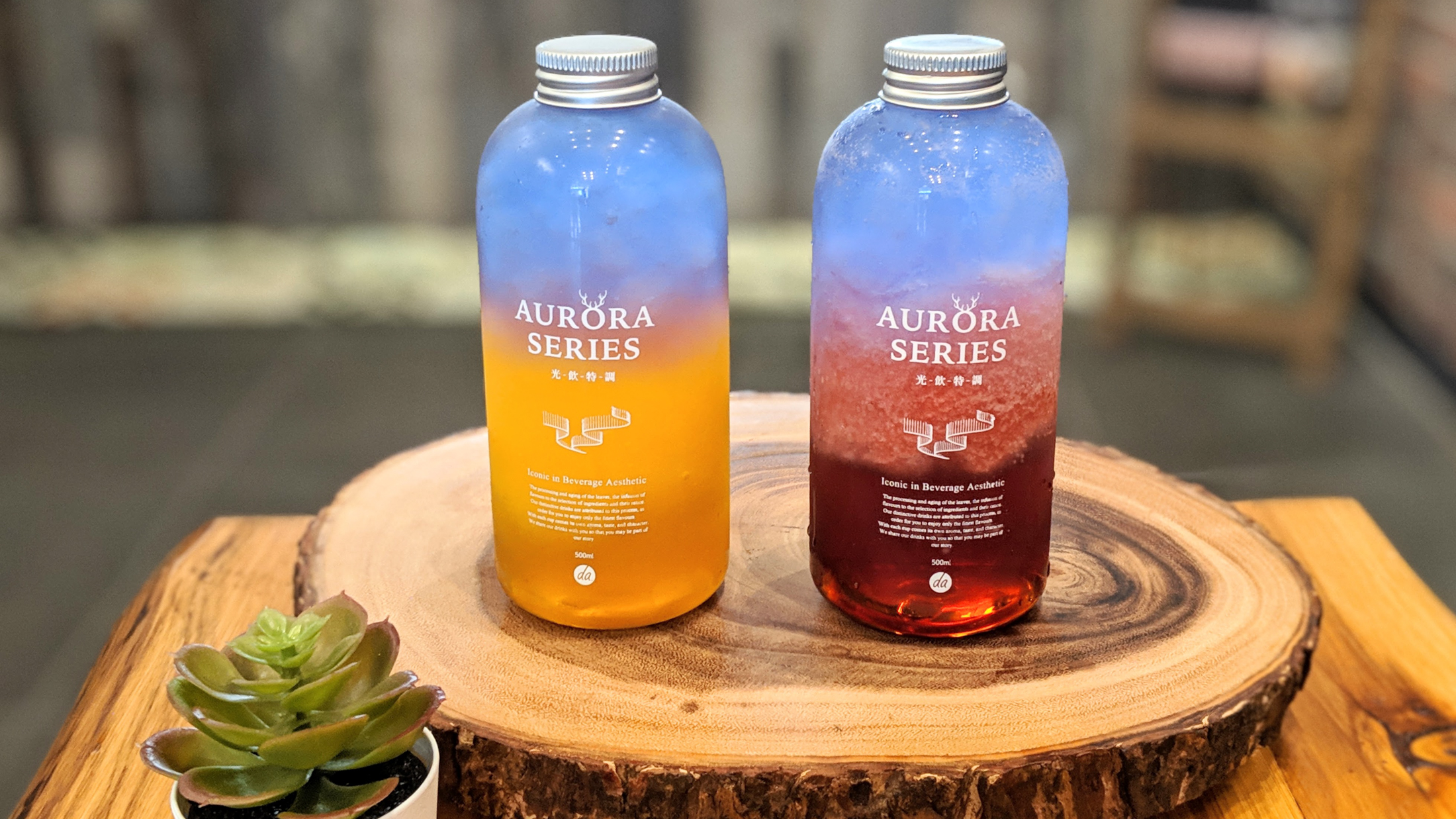 The Alley. Photo by Tammy Kwan.

Vicky Cai, franchise owner of another popular Taiwanese bubble tea chain, the Alley (now in downtown Vancouver and Richmond), opened her first store in April 2019. Unlike Jenjudan, the Alley offers a limited selection of brown sugar pearl drinks. Its menu features everything from yogurt series to fruity slush to classic milk tea.

“I’m not worried about facing other competition in the city. I would say our target customer is probably not the same as other bubble tea stores because we are more focused on local people instead of Asian customers,” she says.

But before the mega Taiwanese chains brought their large footprint to Metro Vancouver, there were the mom-and-pop bubble tea stores, many of them tucked away in Asian strip malls and food courts.

Shaughnessy’s Dragon Ball Tea House is a well-loved, local bubble-tea institution that has been serving cult-favourite boba drinks such as watermelon slush, green tea ice cream, and supreme milk tea for more than 20 years. Owner Raymond Chan has seen all the changes and trends in Vancouver’s bubble tea industry these past two decades. He recognizes the saturated and competitive market with the introduction of big franchises, but it doesn’t seem to affect him or his business outlook. 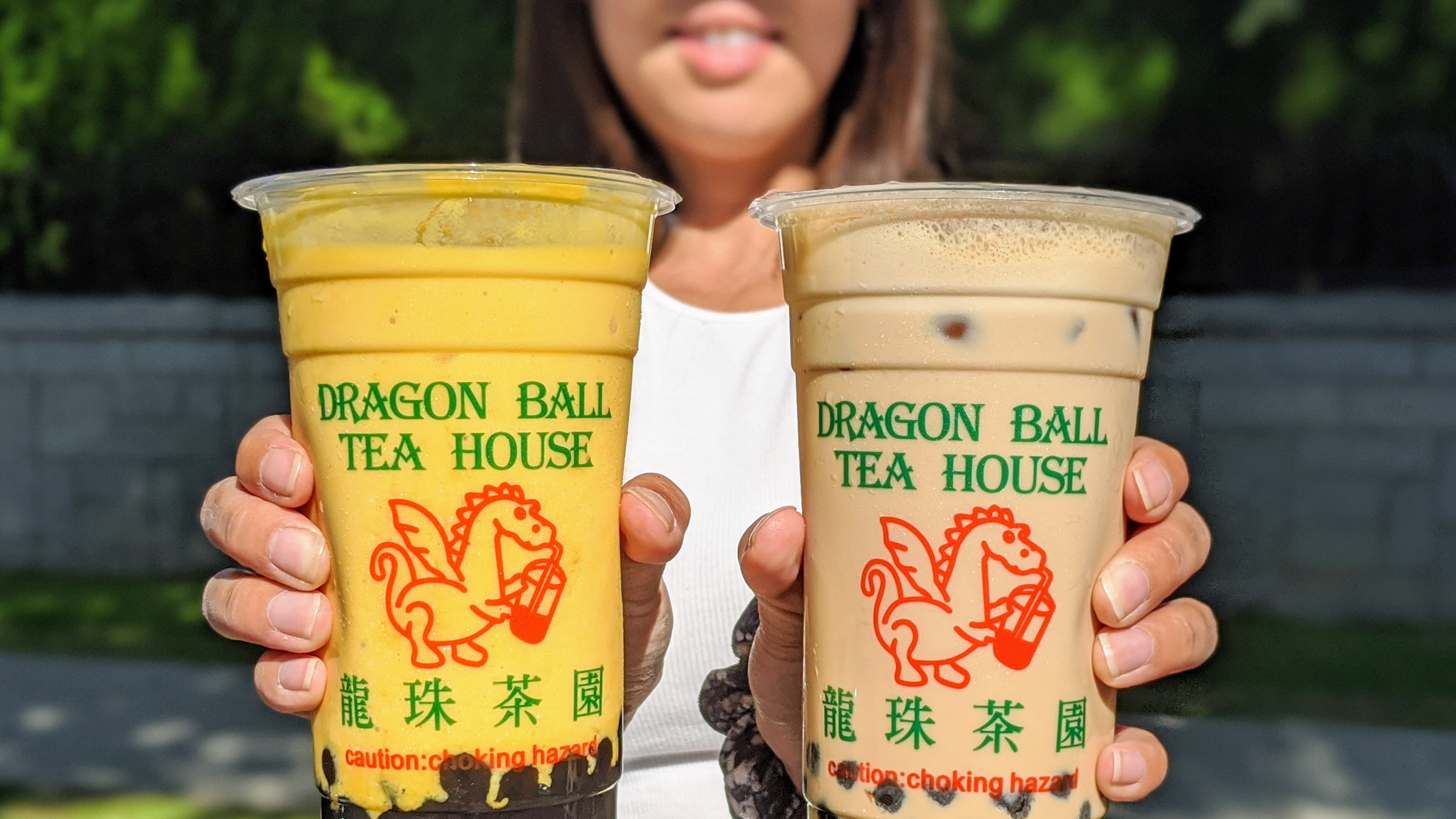 “The market is always changing and adding new things, but those things will fade,” Chan tells me in Cantonese. “We stick to the basics and classics, and we aren’t following any trends. Even though young people want to try something new, our clientele prefers our flavours, and there is still lots of demand for our drinks.”

He also believes that in the next five years, the franchise shops that aren’t doing so well will close, especially if the business owner isn’t truly passionate about bubble tea.

“You can easily open seven or eight bubble tea franchise stores if you have the money, but being able to maintain and keep the quality of your products is a different story,” Chan says. “You need to understand the business and market before you jump in.”

In addition to the long-standing, popular bubble tea establishments, some newer independent bubble shops run by Vancouverites are also finding success, despite the harsh competition of a very small market.

Downtown Vancouver’s Teaspoons & Co. (recently rebranded from Passion Tearoom) had to shutter its doors because all its foot traffic disappeared during the height of the pandemic—no one was working at nearby office towers. But co-founder and co-owner Joyce Yim quickly pivoted and created bubble tea kits that allowed customers to make their own boba drinks at home.

“Within two days, we launched the kits. If it wasn’t for these kits, we would have closed down,” says Yim. “People know that we’re reliable and have really good customer service, which is really important, and we’ve had a lot of positive feedback.”

The local bubble tea industry isn’t new to Yim—she worked at a Burnaby bubble tea shop 10 years ago and learned a lot through that experience, including using wholesome ingredients and no powdered milk, which was almost unheard of back then.

“There’s only a handful of things on our menu, but we put a lot of thought into each drink. I think that’s what sets us apart from our competitors,” says Yim. “It’s important to support local small businesses—even I drink bubble tea outside of my business.” 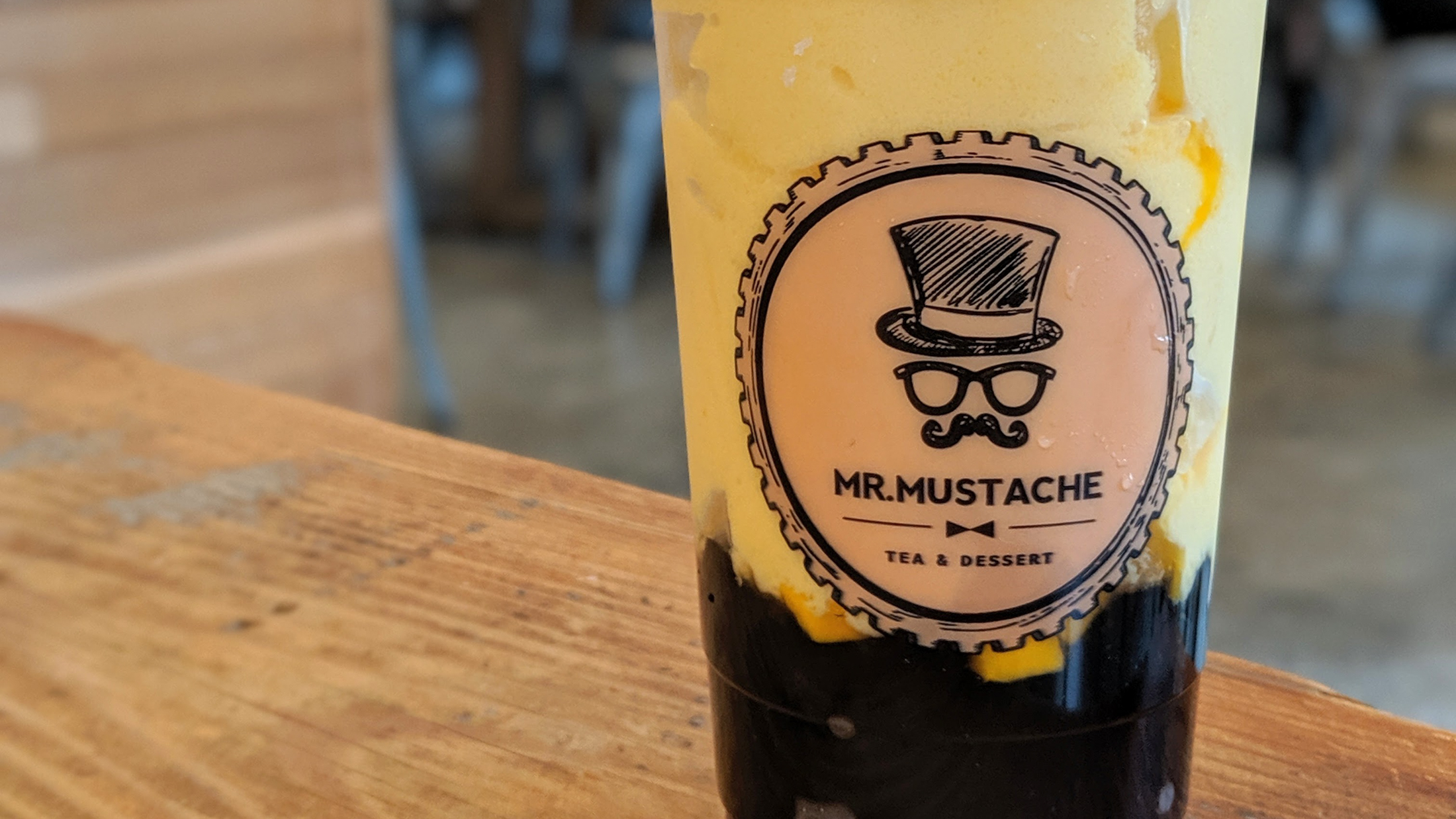 Some of the most popular bubble teas at Teaspoons & Co. include Kurozato milk tea (Hojicha, or roasted green tea, with black sugar syrup), Thai milk tea, and matcha milk tea.

Another independent local spot that serves high-quality bubble tea is Paragon Tea Room, which sources all its own ingredients, including tea leaves from Taiwan and matcha from Japan. It also uses teaspresso machines, which are similar to espresso machines but designed for making tea and create stronger, more aromatic tea flavours.

Co-founder and co-owner Michelle Cheung thinks the Taiwanese chains lack authenticity and creativity, because they all copy each other’s drinks and roll out pretty much the same creations.

“We don’t do gimmicky drinks, our products speak for themselves,” says Cheung. “The unique technology we use makes our tea base so strong and memorable. We’re just trying to modernize a tea culture that’s been around for thousands and thousands of years.”

Paragon’s bubble tea, which is plant-based and made with oat milk, comes in flavours such as Thai milk tea, hojicha, and matcha. The menu is limited because Cheung believes that once you have too much variation, it’s hard to control and track quality.

“I think you just have to know your target market,” she says.

Where to Find the Best Bubble Tea in Vancouver

From my many years of partaking in the social phenomenon known as bubble tea, here are some of my top choices around Vancouver:

Dragon Ball Tea House is known for its signature fruit and slush drinks, where flavours range from mango to watermelon to green tea ice cream to red bean. Dragon Ball also makes a particularly flavourful supreme milk tea, and its pearls are on the softer side with a medium chew factor.

Mr. Mustache Bubble Tea’s signature drink is its macchiato, which features brewed tea with a milky layer of cream on top. I also love its mango ice cream with pearls, which always comes with chunks of fresh mango. Classic milk teas, slush drinks, and sparkling teas are also available on its menu.