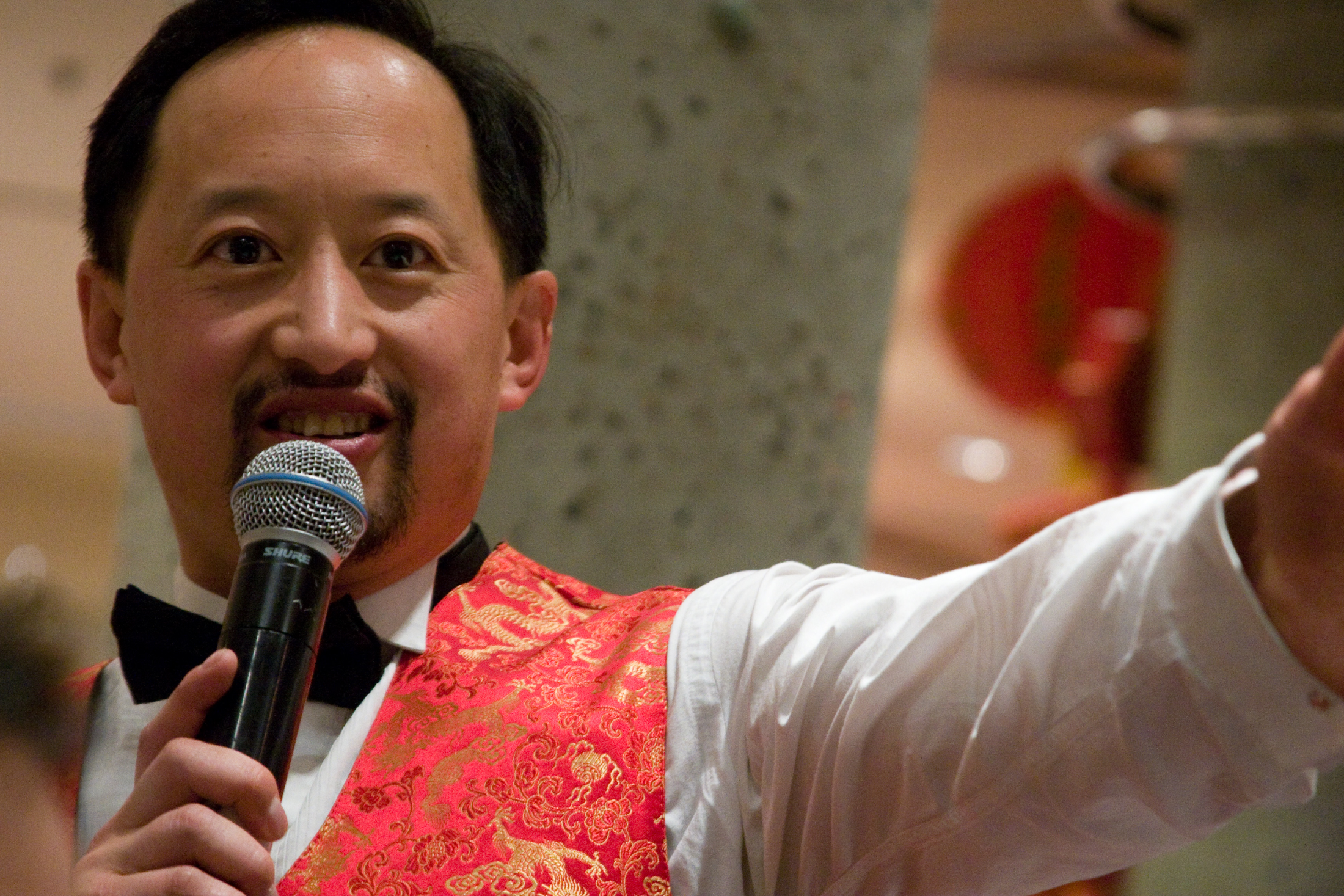 Todd Wong is positively mad for Scottish culture. Every so often, he slips into a halfway-decent Scottish brogue when the subject swerves near haggis. If his clan had a coat of arms, Wong says his crest would sit on a yellow field—a reference to the original meaning of his Cantonese family name. But through what is now a decades-long tradition, Wong⁠—or Toddish McWong while in character—pays respect to Canada’s long Scottish tradition in another way: what might be the first Eurasian fusion dinner, known as Gung Haggis Fat Choy.

First held in 1998 among a few friends, Gung Haggis is the result of observing both Chinese New Year and Robert Burns Day on one night. Widely recognized as Scotland’s greatest poet, Burns’ work has been tremendously influential in shaping the Scottish national character and, by extension, Canada’s as well.

Wong says the impetus behind Gung Haggis was to close racial rifts between two distinct cultures, imperative to the creation of a unitary Canadian identity. 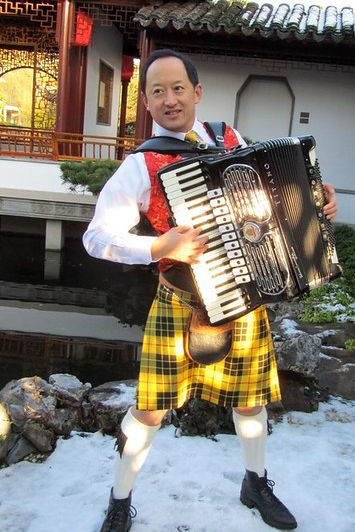 “When we use humour and the unexpected, we get outside of our racial stereotypes. And all of a sudden, we’re having Chinese people celebrate Scottish Robbie Burns Day and Scots-Canadians celebrating Chinese New Year.”

Dishes include steaming bowls of winter melon soup, jellyfish and, most importantly, haggis shu-mei dumplings. By the end of the evening, Wong boasts that everybody is usually singing “Auld Lang Syne” together, both in Chinese and Scottish accents. “We’ve heard people say at the end, ‘this is so Canadian.’”

Everything is subject to change; nothing is safe. Whether it’s the menu, the location, or the medium itself⁠—Wong experimented with a celebratory luncheon last year—Gung Haggis is constantly in a state of flux, reconfiguring itself to fit a fluid and shifting national character. Proof of the event’s evolution is in its international expansion; sister celebrations, some unsanctioned, in Seattle and elsewhere are proof of a desire for unity in a divisive age. Gung Haggis was even referenced on a Scottish quiz show hosted by Steven Fry. 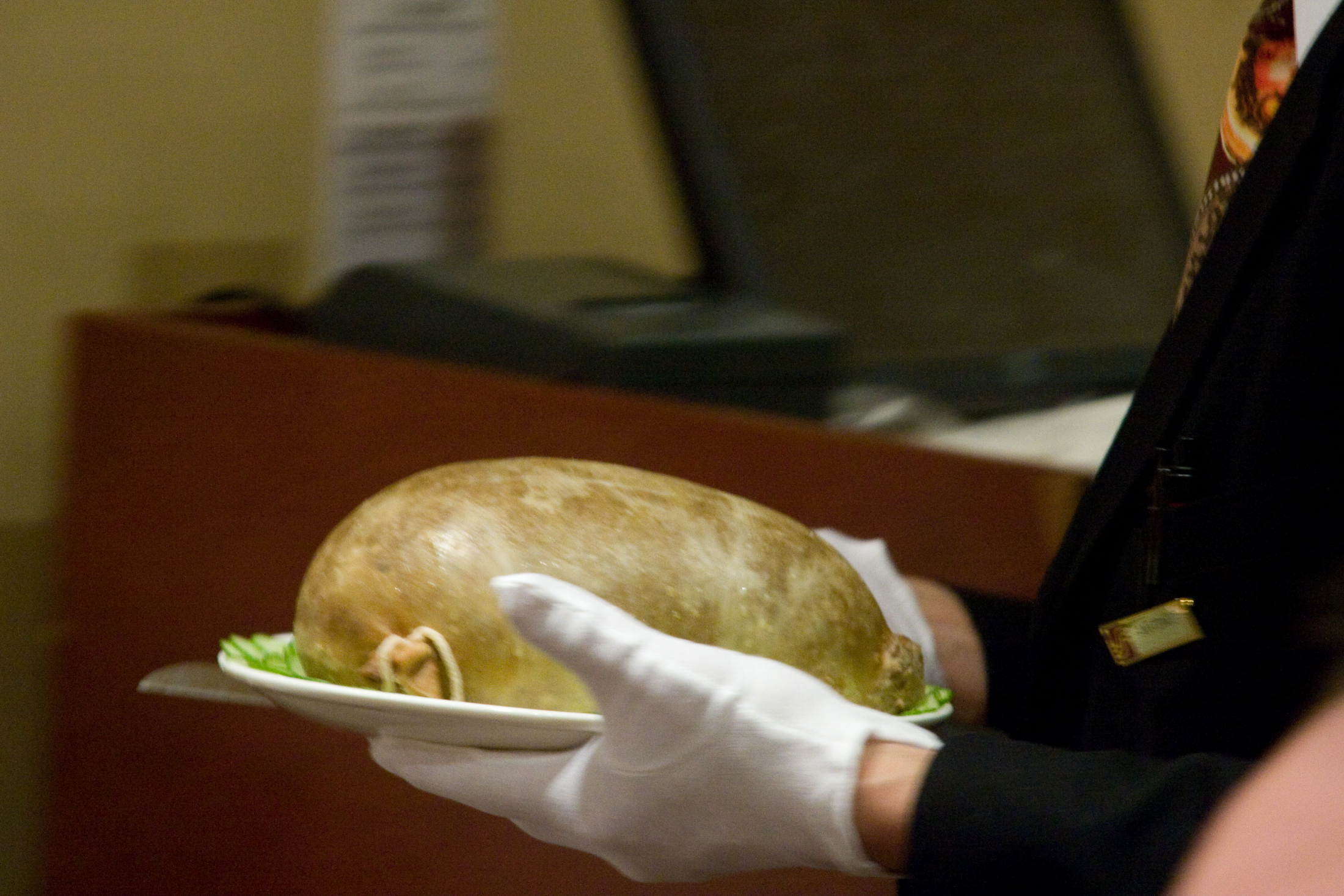 A haggis is piped in. Photo by Roland Tanglao/Flickr Creative Commons.

And perhaps Gung Haggis’ legacy will be to permanently link Robert Burns Day and Chinese New Year, beyond any one event. The Origo Club in Richmond, an offshoot of a Beijing private club, has this year rolled out its own Scottish-Chinese dinner, featuring seven courses, a single-malt specialist from Scotland’s prestigious Dalmore Distillery, and 25-year-old Dalmore Scotch.

But the Gung Haggis tradition nearly did not happen at all this year. A recent spate of heart issues, elder care, and the passing of his father meant for Wong, the Burnsian spirit has waned somewhat. Wong skirts around his health travails in our conversation, but it’s clear that the event has become more about family than fried sheep guts.

But for now, the dinner lives on, this year celebrating an auspicious confluence as the dates of the Lunar New Year and Robert Burns Day line up perfectly.

“I’m pretty happy to be alive, and there wouldn’t be a Gung Haggis Fat Choy this year if I hadn’t survived!” Wong says.