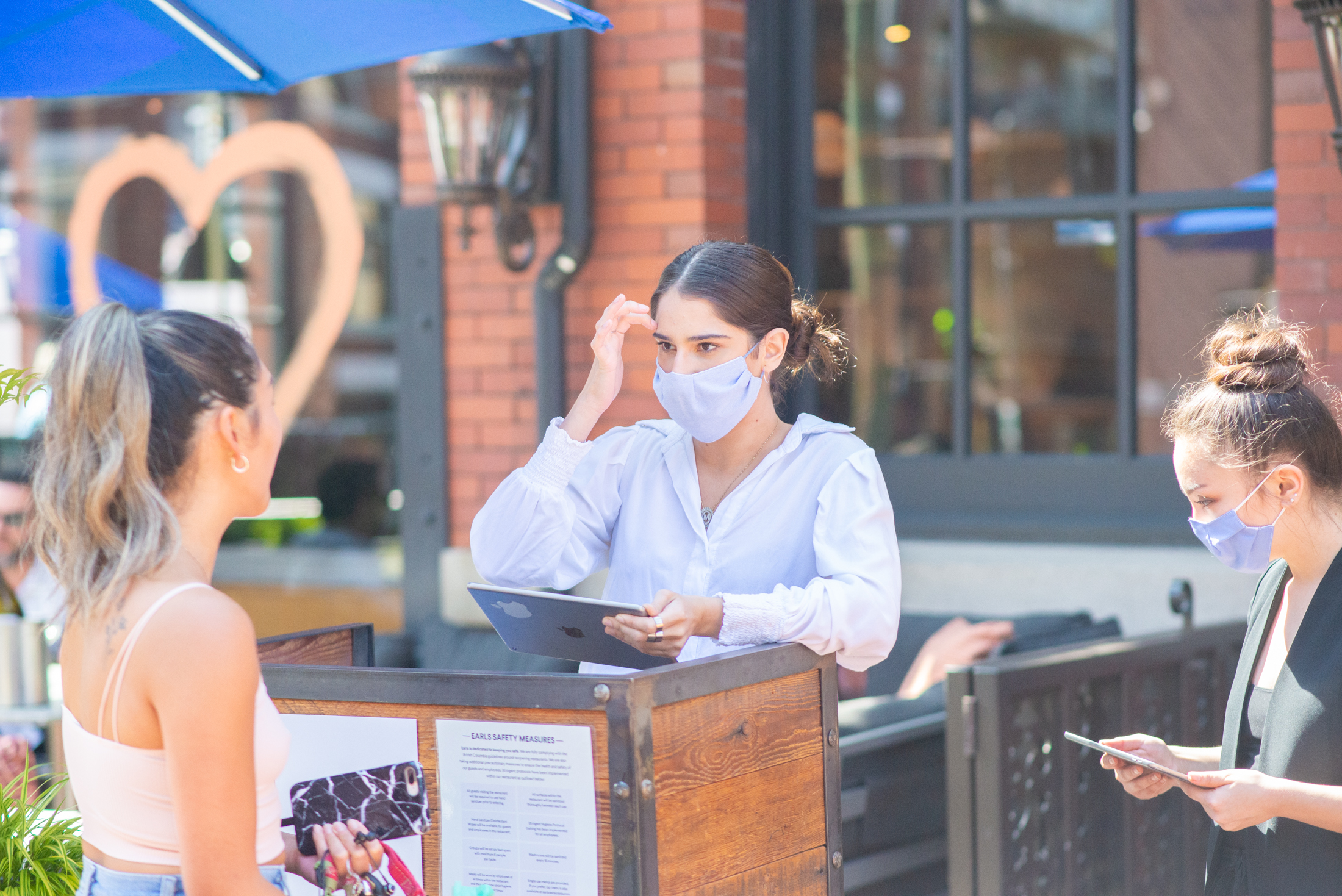 Customers line up outside Earls Kitchen and Bar in Yaletown Tuesday afternoon. Photo by Niko Bell.

Owners of restaurants across B.C. are grappling with a very difficult decision: whether to reopen under the Phase 2 COVID-19 restart plan. The factors at play are myriad, with safety (of staff and customers) and financial viability topping the list.

Having prepared to be ready the moment the province switched into Phase 2, Earls restaurants will be among those opening their doors to customers today. They, at least, have some recent experience of providing hospitality in the midst of a pandemic, having already reopened in Texas, Manitoba, and Florida.

“We are getting multiple experiences in multiple jurisdictions with multiple restrictions and rules in play,” explains Mark Hladik, the company’s chief restaurant officer, by phone from Toronto.

“Our general philosophy has been that we are going to be the safest place for our guests and for our staff as a brand in North America,” he says. “Rules, safety measures, and operating procedures we are putting in place so far have been over and above anything we’ve come across as required by a jurisdiction.” 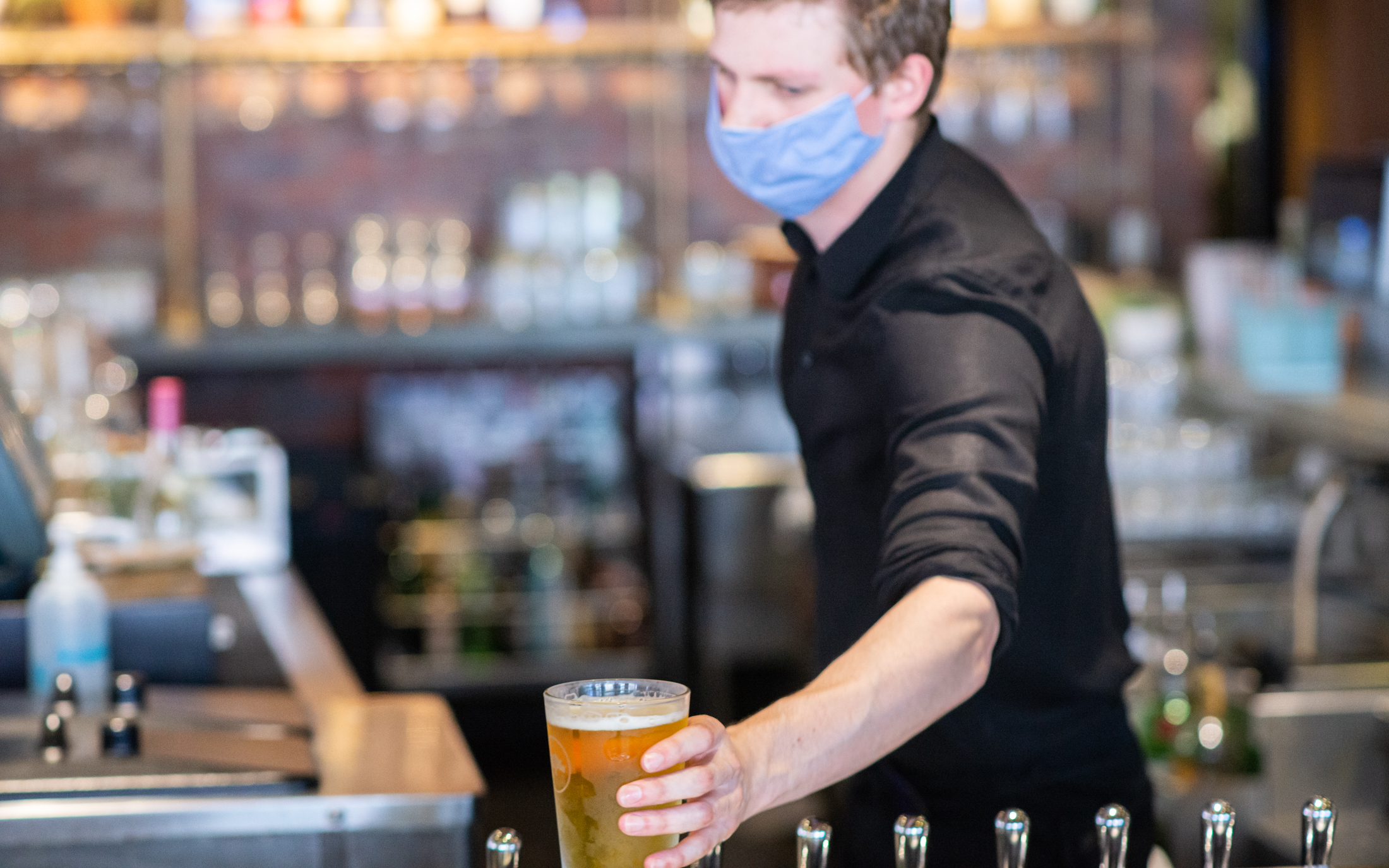 A server pours a pint at Earls, Yaletown. Photo by Niko Bell.

Such procedures include reducing the number of “high touch points” for customers—having a staff member greet guests outside the property and open the door for them; using single-use menus, and sanitizing PIN pads after each use. The restaurants will also deploy plexiglass barriers, use floor signage to create and maintain traffic flow through the space, and clean their  washrooms every 15 minutes. More staff on the floor will make sure guests follow protocols, and all staff will be given a health check before they enter the premises for their shift, wear masks, and be required to wash hands and sanitize following each interaction.

“We plan on keeping our people very safe,” Hladik insists. “So that they feel safe coming into work, because there are a lot of people out there unsure about that.”

Earls has worked out its own internal modelling based on a partial opening state for 18 months, he says. Buoyed by a swift pivot to takeout and online groceries, the business—though greatly reduced—has been able to retain staff and make some profit. “We know now that we will make it to the finish line—however long that takes—so that gives us some sense of security.”

For now, at least, the financials include keeping prices pre-COVID levels, despite the increased costs of implementing safety protocols and operating with a 50 per cent occupancy cap. “This is a high labour-cost business, so with limited capacity, labour becomes a pressing issue combined with paying rent at a reduced capacity,” he notes. “And we have a lot of high-value locations where we pay a lot of rent.”

The numbers add up differently, of course, for Vancouver’s smaller, independent restaurants, that can’t rely on the same economies of scale as the big chains. As Earls readied to open its doors today, many independent restaurateurs—including Main Street’s popular vegetarian eatery, the Acorn—took to social media to announce they would be biding their time a little longer, waiting to see what will happen, and encouraging their customers to continue to support their takeout service. 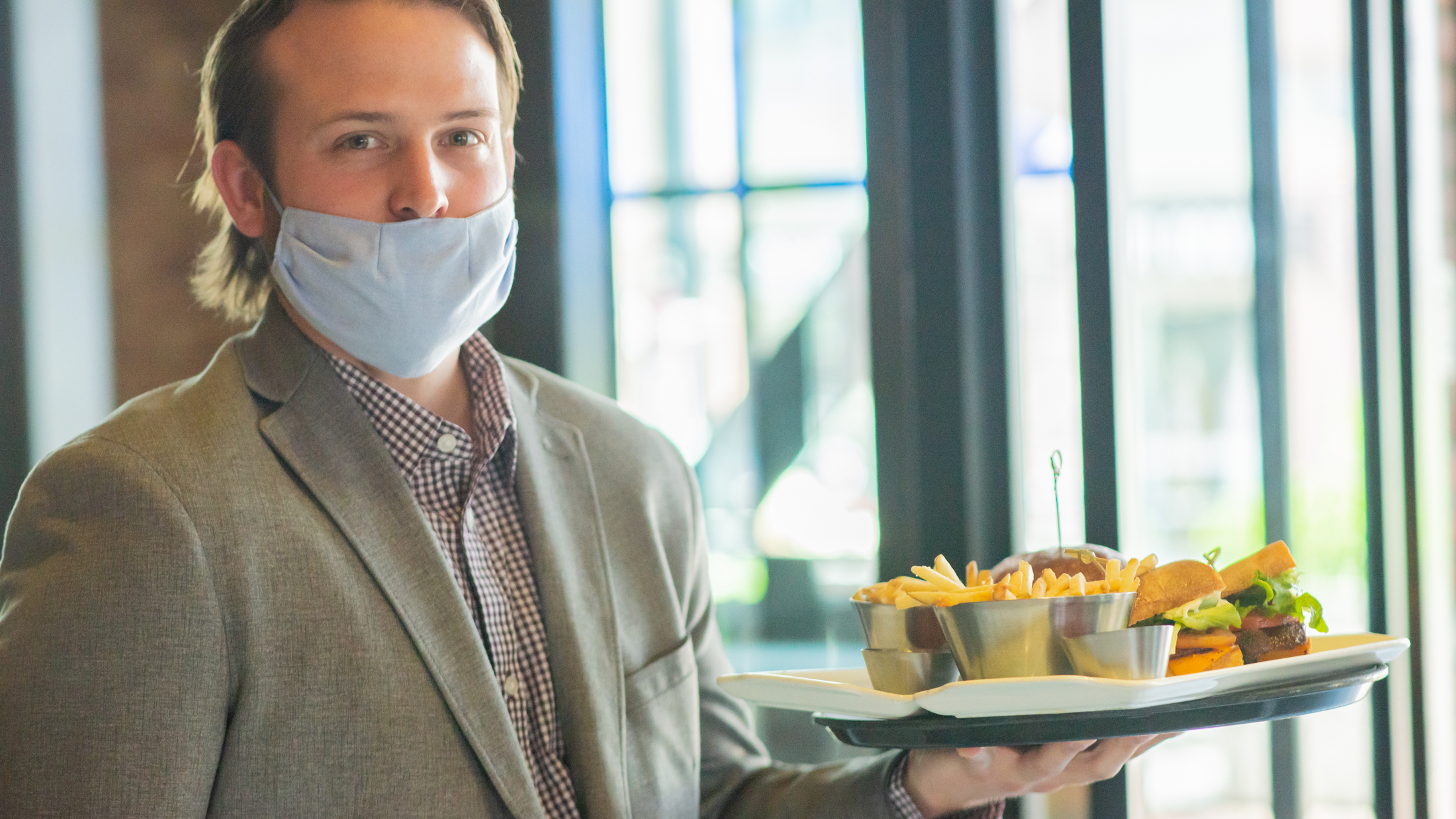 “Takeout seems to be predictable right now,” says the chef/owner of Maenam restaurant in Kitsilano, Angus An. “I just think it’s unwise to jump back into the unknown, and we want to monitor and make sure there isn’t another spike.

“It’s hard for our sector—which has narrow margins—to survive normally. Under these circumstances, and without customer confidence, it will be impossible. I’d rather wait.”

Another Vancouver favourite that won’t be opening its doors for full service is Burdock & Co. For chef/owner Andrea Carlson, keeping her staff safe is paramount. “We just don’t think it’s the right choice for us,” she explains. “We are a very small team, and we want to keep our interactions very low.”

The financials, for her 36-seat restaurant, also make no sense, she says. “By my calculations, to have the required physical distancing, our capacity would be 12. We would need to be able to expand on that significantly.”

The one silver lining during a stressful time has been the increased sales of the CSA organic vegetable boxes from Burdock’s sister restaurant, Harvest Community Foods. “We used to sell 50 every two weeks, and now that’s up to 400 each week.”

Carlson is hopeful that this new-found commitment to local, organic produce to cook at home will continue once this crisis is over. The flip side, though, is her belief that COVID will also shift the culture around food and how we share it.

“I see the small group backyard gathering taking over,” she says. “Why would you want to be in an empty restaurant, sitting behind plexiglass?”

Creating a welcoming and enjoyable ambiance is something St. Lawrence chef/owner J-C Poirier is very concerned about. He plans to reopen May 29 with a capacity of 24 to 28, “depending on how creative we get.”  He says he won’t be installing plexiglass but will adhere to the distance requirements, and all staff will wear gloves and masks.

“Some of the regulations—like guests having to pour their own water—takes away from the fine dining experience,” he says, “but we’ll get used to it.”

The extension of the federal wage subsidy until August has, he says, proved a lifeline. “I think we will definitely be able to ride the wave.”

One innovation he is introducing will also help with cash flow and reduce waste, he says. Customers will reserve and pay online for a three-course meal upfront. They will still choose from a daily menu on arrival, but Poirier at least knows how many plates a night he will serve. “It will also get rid of the no-shows,” he adds, which he considers “unacceptably high” in Vancouver.

“We really hope that customers can be confident that we are a restaurant that operates to the highest standards, and that we are taking their safety and the safety of our staff very seriously. We hope they will support the independent restaurants through this crisis, as so many of them will be forced to close for good.”

For Earls, Mark Hladik says, finances are not the most pressing issue right now. “The biggest concern would be that the demand overwhelms us,” he admits. “We’re encouraging reservations more so than we ever have. We will allow walk-ins, and we will be queuing people outside, but the biggest risk is that we have all these safety measures in place, we staff accordingly, and then demand surges to a point that it’s difficult to manage. We are going to be watching that extremely closely.

“The second-biggest concern is that people don’t feel it’s safe, and don’t come out,” he adds. “Both of those scenarios are terrible, and hopefully we’ll land somewhere in the middle.”