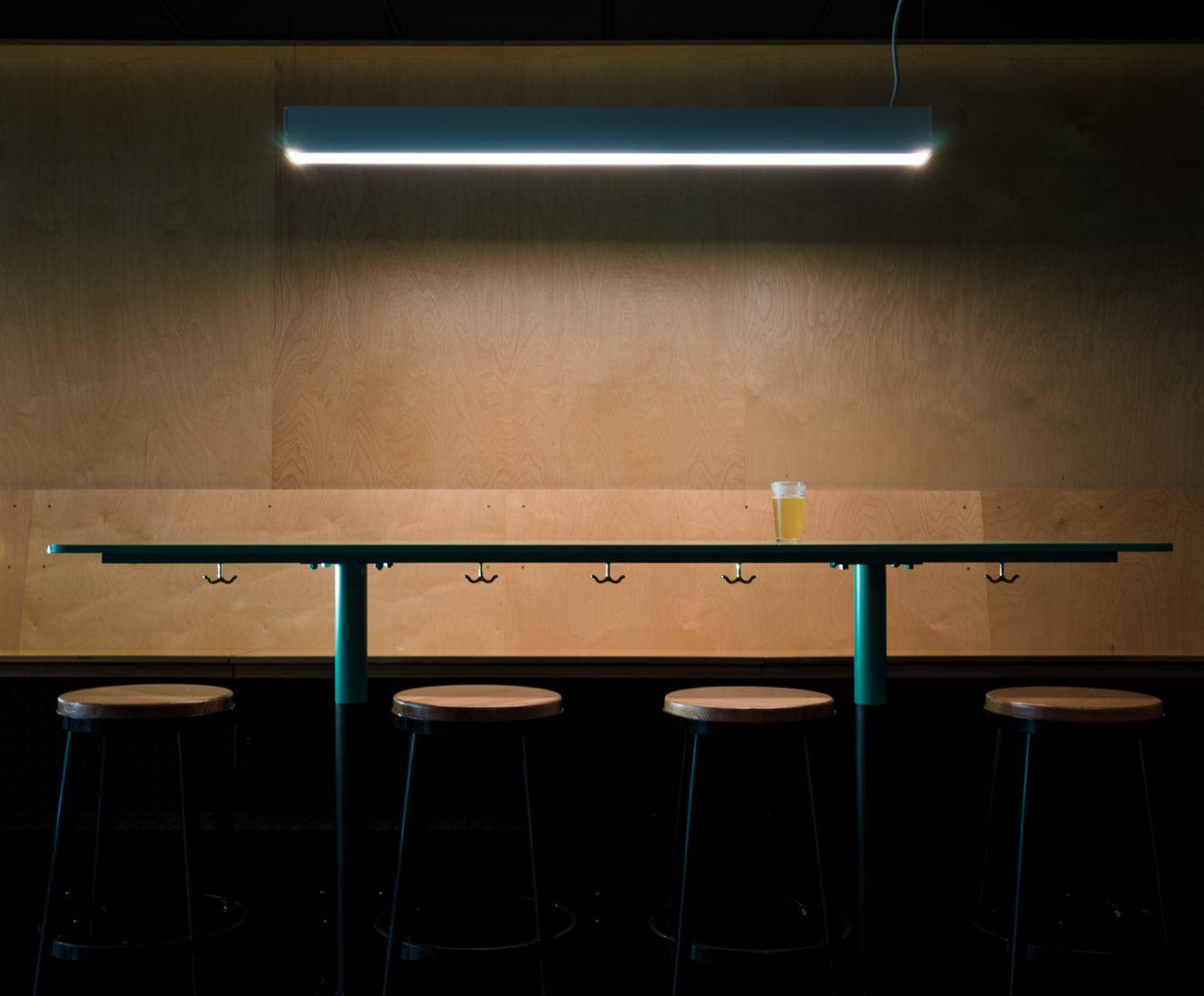 Après and beer go together like chocolate and peanut butter: perfectly. And yet, until recently, Whistler Village was lacking a place that had a solid local craft beer selection. Handlebar changed all that.

Located in the Upper Village, Handlebar’s distance from the base of Whistler Blackcomb shouldn’t dissuade craft enthusiasts from eschewing the usual après haunts. Because here, inside a small narrow space washed in bright colours, patrons can order pints from an array of British Columbia brewing favourites including Strange Fellows, Powell Street, and Howe Sound in Vancouver; Four Winds in Delta; and A Frame in Squamish.

“You walk in, and this place is a little different,” says general manager Nick Dobson, seated at one of the space’s communal tables. Handlebar opened in November 2016, allowing the staff to spend a few weeks working out the kinks before the influx of boarders and skiers ascended the mountain, hitting the slopes and then looking for good food and drink after the day’s runs. Aside from the beer selection, Handlebar offers a menu of delicious shareable snacks, including a pretzel (from Vancouver’s Swiss Bakery) served with mustard or Nutella; bratwurst; and currywurst. “We didn’t want to do nachos and hot wings,” Dobson says over a beer. “We thought, ‘What goes with beer? German street food.’” (And a few non-German items, too, such as fried pickles and Brussels sprouts—also great.)

At the end of the day, Handlebar is a reliable place where beer drinkers can go to find something good, and where newbies can learn a thing or two. “No one was devoted to always having good options,” Dobson says of the local bars’ craft beer menus. “Every day someone comes in and says, ‘Finally, a place to go to get good beer in Whistler.’ I hear it every day.”