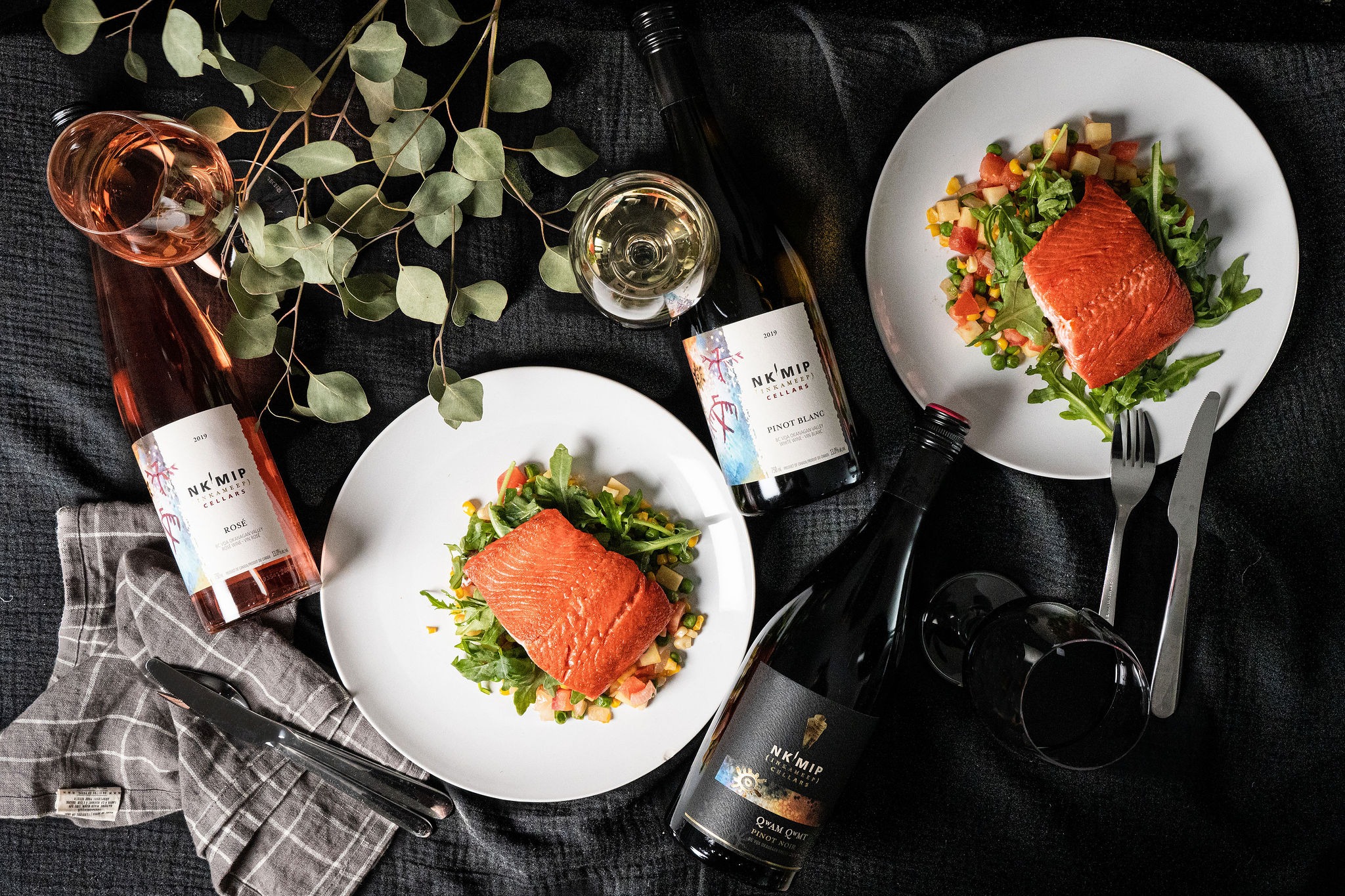 It should come as no surprise that eating traditional foods is an important part of celebrating Indigenous cultures. Along with language, song, story, and dance, food is a cornerstone of Indigenous culture, one that was all but lost with colonization. Now, as a movement to secure Indigenous food sovereignty strengthens across the country, a vital revival of neglected culinary traditions is also taking place.

Here in B.C., which is home to more than 200 First Nations, food is one way to celebrate National Indigenous Peoples Day on June 21. Declared in 1996 as a way for all Canadians to recognize the culture, history, and contributions of First Nations, Inuit, and Metis peoples, the day coincides with summer solstice and the start of fishing and berry-picking season, while the month of June is now recognized as National Indigenous History Month in Canada. 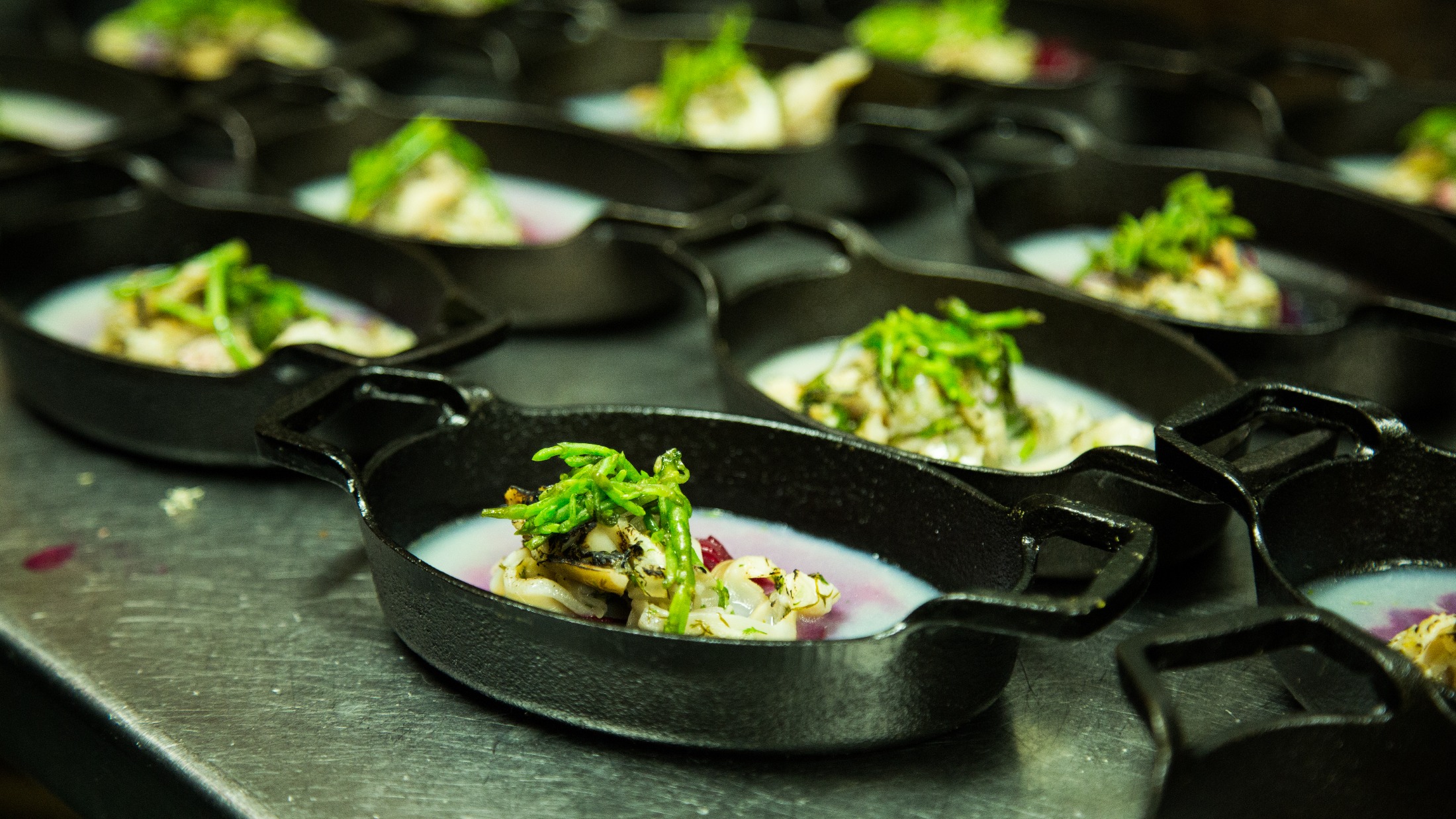 “We are a living culture,” says Cook, who is also the author of Sixties Scoop, a children’s book about her experience being taken from her biological family at age one as part of a government program. “We are your friends and neighbours. Indigenous Peoples Day is a great time to showcase and celebrate our culture. It brings needed attention to our Indigenous people.”

To mark the moment, Salmon n’ Bannock is offering a salmon barbecue all weekend (June 19 to 21) for takeout. Wild sockeye salmon, bannock, maple coleslaw, corn on the cob, and baked potato all come for $20 per plate if paid in advance (or $22.50 if paid upon pickup). “We’re excited to bring people together to celebrate the good things in life,” Cook says.

Osoyoos Indian Band member Justin Hall, winemaker at Nk’Mip Cellars and North America’s first Indigenous winemaker, considers every day an opportunity to acknowledge and celebrate the contributions of Indigenous people. The OIB owns and operates the winery, which is situated on its 32,000 acres of Sonoran Desert–like land. Nk’Mip (pronounced in-ka-meep) translates to “bottomland,” referring to the OIB’s location at the southern end of the Osoyoos reserve, which was established in 1877.

“I enjoy being Native every day of the year, not just on National Indigenous People’s Day,” Hall says. “It’s a great feeling inside knowing I’m a part of the land and earth. I do my best to protect that idea and feeling with all my soul in everything I do at the winery.”

“Indigenous cuisine is not a new idea,” he continues. “The paleo diet was invented by the original Native people. We honour the four elements—earth, water, fire and air—and our diet is reflective of that. Berries, red meat, and fish were staples for our people. We have a deep respect for nature and the food it produces to nourish us.”

To mark National Indigenous Peoples Day, Nk’Mip Cellars created Celebration Kits (which are now sold out), to give people the opportunity to prepare a special meal at home paired with a selection of the winery’s premium VQA wines. 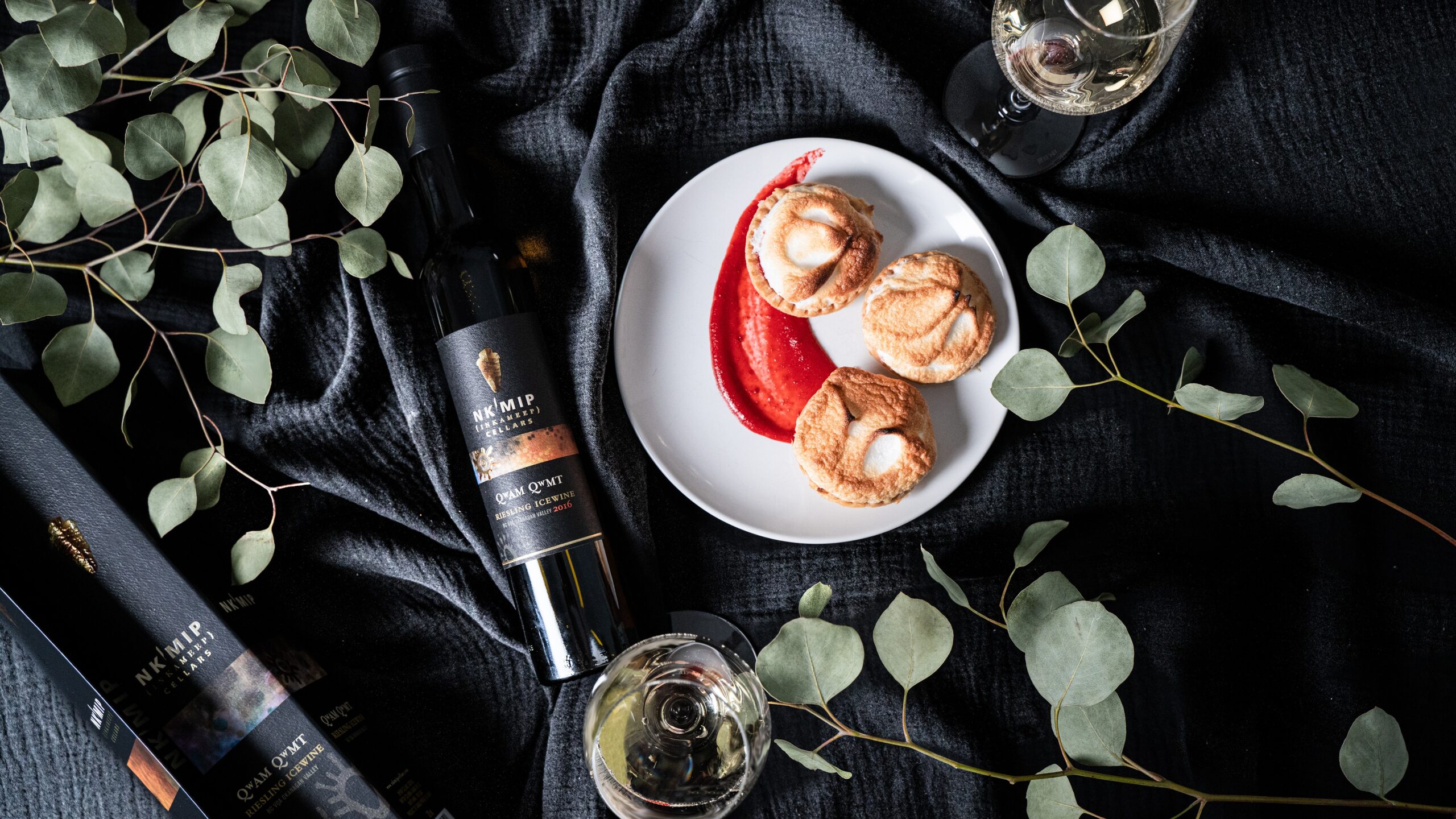 Meanwhile Lelem’ Arts and Cultural Café, owned by the Kwantlen First Nation’s Seyem’, is reopening in Fort Langley and shifting its focus just in time for National Indigenous People’s Day.

“It was not planned [to launch on June 21], but how appropriate and gratifying to just land on this date,” says Lelem’ manager Lauren Chimilar. “Everything happens for a reason.”

“Indigenous food for me will always be dinner at Grandma’s on Sundays,” she says. “She was the best cook, and I would do anything for one more Sunday at her kitchen table. Indigenous food from my perspective is back to the basics: food from the land; simple techniques; and ingredients from your own backyard.”

Lelem’, pronounced lull-lum, is from the down river dialect or Hən̓q̓əmin̓əm̓ dialect spoken by the Kwantlen Nation among other nations, and means “home” or a place to gather.

With fry bread made fresh daily, the new culinary focus at Lelem’ will be on bannock tacos, which patrons will be encouraged to create any way they like, with various vegetables and types of protein. 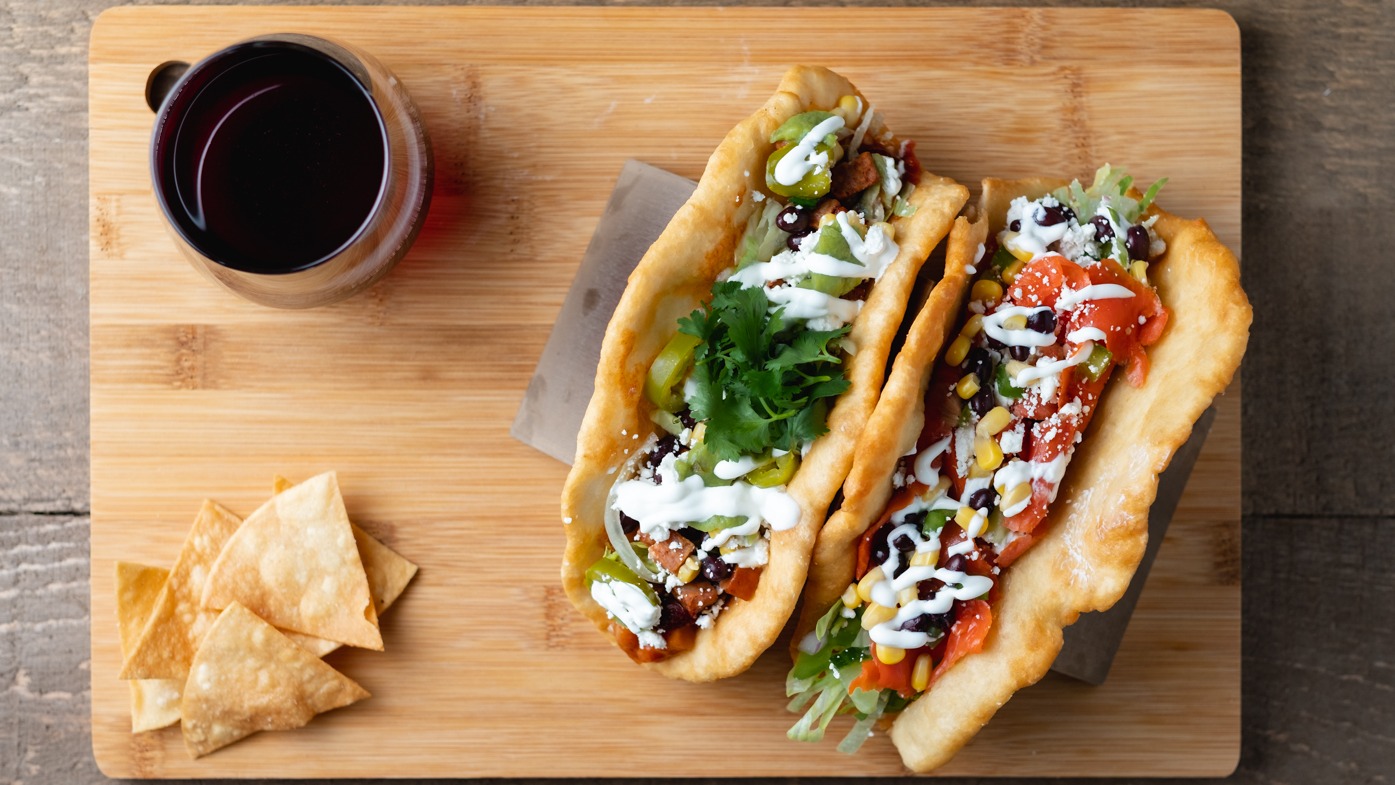 The café’s offerings mark a departure from the past, when it served many non-Indigenous items as well as Indigenous fare, such as bannock Bennys and bannock burgers. Chimilar hopes to broaden the way food tells stories and familiarizes people with Indigenous culture.

“We want the restaurant to place a greater emphasis on who we are,” she says. “It’s a way of showing pride of culture, ensuring that heritage is not lost, and educating people.”

Chimilar, whose grandmother, Mary Greyeyes, was the first Indigenous woman to join the Canadian Army, is part Cree.

“For me, this day is an important time to reflect on the influence of my family’s history and embrace it,” she says. “It’s a reminder of endurance, strength, and hard work that continues to shape who I am, and a reflection of my Indigenous heritage.”