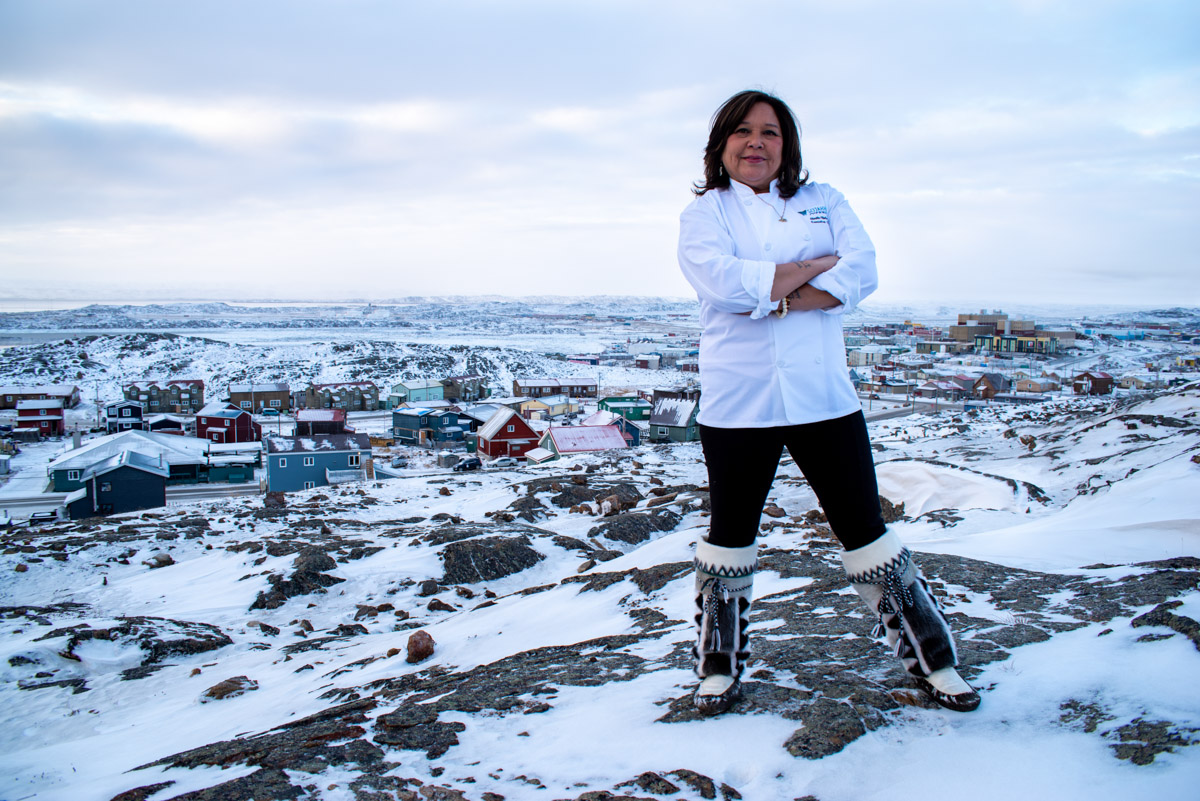 The best time to gather Arctic clams, according to Iqaluit-based chef Sheila Flaherty, is during a full or new moon. At those times, she says, “the tide recedes enough for us to harvest as many as we can.”

Flaherty and her husband, Johnny, took to the shores of Frobisher Bay to gather enough of the Nunavut mollusks to include as one of the dishes she’ll serve at Salmon n’ Bannock on Monday, January 31. The four-course dinner featuring Inuit ingredients is part of the Dine Out Vancouver’s World Chef Exchange.

Flaherty’s menu will open with grilled or roasted allannguaq mattaaq, narwhal skin with a thin layer of blubber, a food she says resembles the texture of squid. She’ll marinate the meaty Arctic clams, or ammuumajut, and pair them with palaugaaq, an Inuit-style bannock. As a main dish, she’s baking turbot in a Parmesan and caper crust. The flaky white fish is from the small Nunavut community of Pangnirtung, located on a fjord leading to Cumberland Sound, 50 kilometres south of the Arctic Circle. For her fourth course, Flaherty will serve cheesecake with aqpik, or cloudberries, which she says are one of her favourite Arctic berries. Aqpik are similar in shape to raspberries, she explains, but turn orange when they’re ripe. 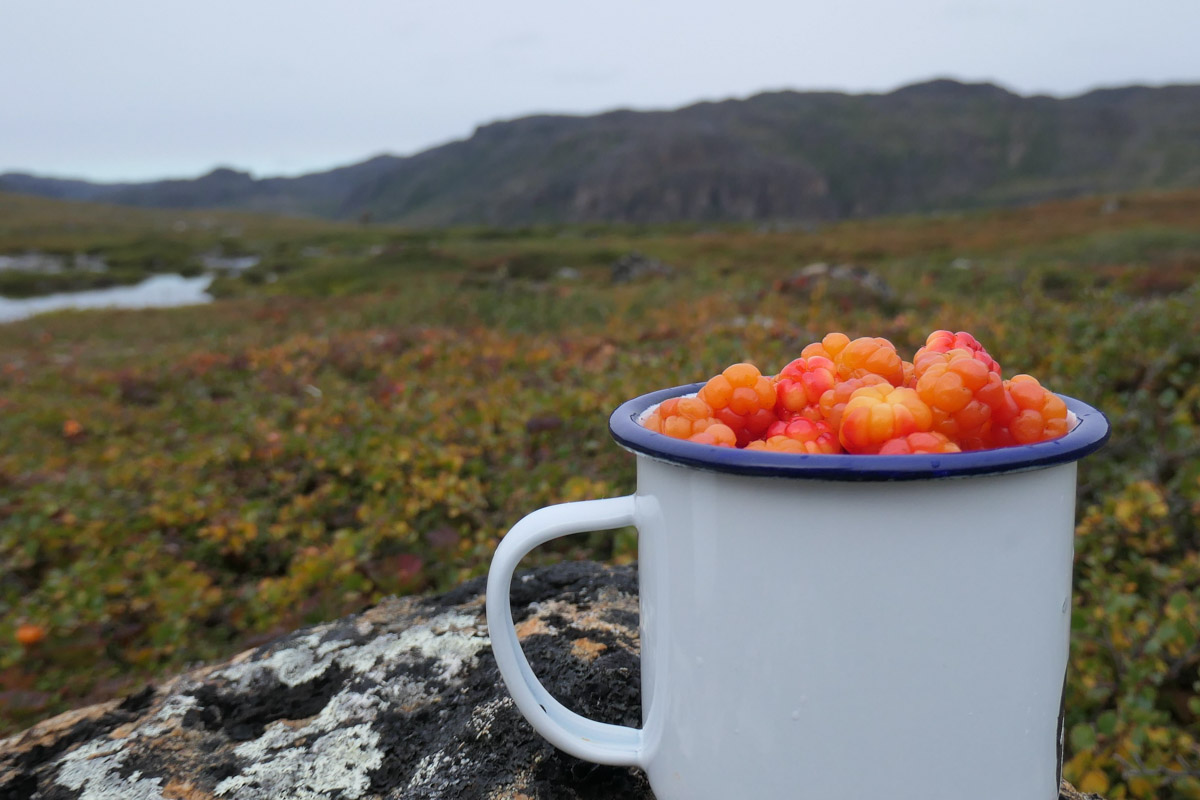 “Food is culture, especially when it comes to Inuit,” Flaherty says. “We’re so intrinsically connected to our food. I believe our food is actually in our DNA. As Inuit, we get mad cravings for food if we go too long without mattaaq or seal meat or fish.”

Raised in Ottawa, Flaherty is of Inuvialuk heritage with her family’s roots in Tuktoyaktuk, Northwest Territories. Since 2010, she’s been based in Iqaluit, where she founded sijjakkut, a culinary tourism venture, to draw more attention to Inuit food traditions. Sijjakkut, she says, means “by the seashore,” reflecting her current home on Frobisher Bay.

She recently applied for funding to construct a commercial kitchen and four-room bed and breakfast in Iqaluit that she hopes will become a culinary tourism destination, encouraging visitors to Nunavut to explore Inuit foods.

As the Nunavut director for the Indigenous Tourism Association of Canada, and through her participation at food events such as the upcoming Vancouver dinners, Flaherty is continuing to share Inuit food culture. She’s been a resident chef at the National Arts Centre in Ottawa, and she was the first Inuk chef to appear on MasterChef Canada. She also traveled to Nuuk, Greenland, to participate in an event highlighting contemporary Arctic cooking. 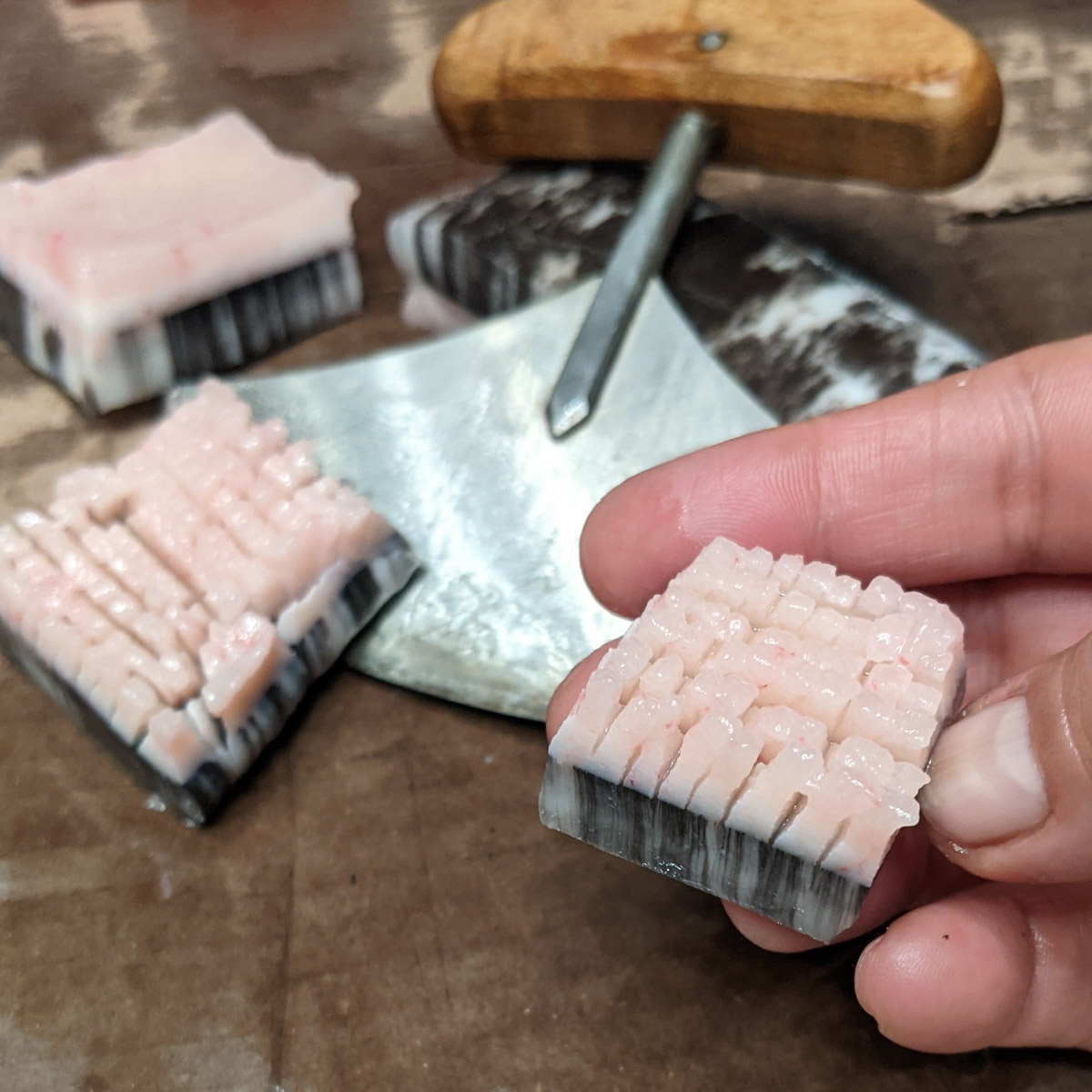 Salmon n’ Bannock, owned by Inez Cook of the Nuxalk Nation, will host three other Indigenous chefs between January 28 and 31. Each will prepare a multicourse meal, representing diverse regions and food traditions from across Canada: Joseph Shawana, an Odawa chef who grew up on Ontario’s Manitoulin Island, on January 28; Algonquin chef Marie-Cecile Nottaway, originally from Rapid Lake, Quebec, on January 29; and Enoch Cree chef Shane Chartrand, currently based in Edmonton and the co-author of the cookbook, tawâw: Progressive Indigenous Cuisine, who’ll cook on January 30.

Flaherty, along with Shawana and Nottaway, serves on the board of Indigenous Culinary of Associated Nations (ICAN), whose mission is to promote and share Indigenous foods and cultures. She says she hopes diners appreciate the diversity of Indigenous cuisines.

“When I come up with an Inuksiutit menu, I certainly would not think to have a sweetgrass balsamic or a sweetgrass anything in my cooking, because that’s not an Indigenous plant to Inuit,” Flaherty explains. Similarly, she says, she wouldn’t expect a Mohawk or Cree chef to feature an ingredient such as seal meat that would be found in Inuit cuisine. 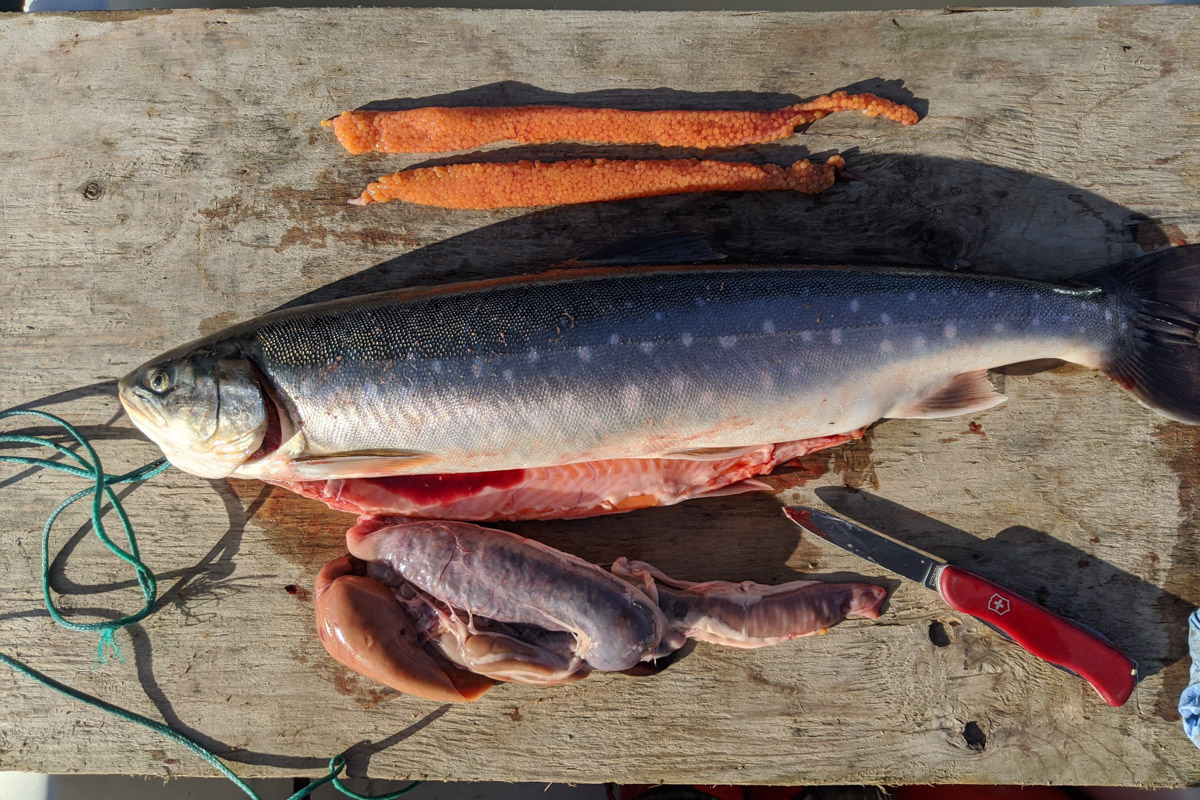 Even among Inuit, different foods are specific to different regions across the Inuit Nunangat (the Inuit homelands in Canada). “Iqaluit means ‘the place of many fish.’ However, the fish that we have here is Arctic char,” says Flaherty says. Many fish common to the western Arctic, including whitefish, lake trout, and herring, aren’t available in the Iqaluit area, and other fish, such as turbot, are found elsewhere in Nunavut.

Similarly, while caribou are found across the North, different species are common to various regions. Larger mainland caribou live in parts of the Northwest Territories, she explains, while in Nunavut, the smaller Baffin Island caribou and goat-like Peary caribou are more prevalent. 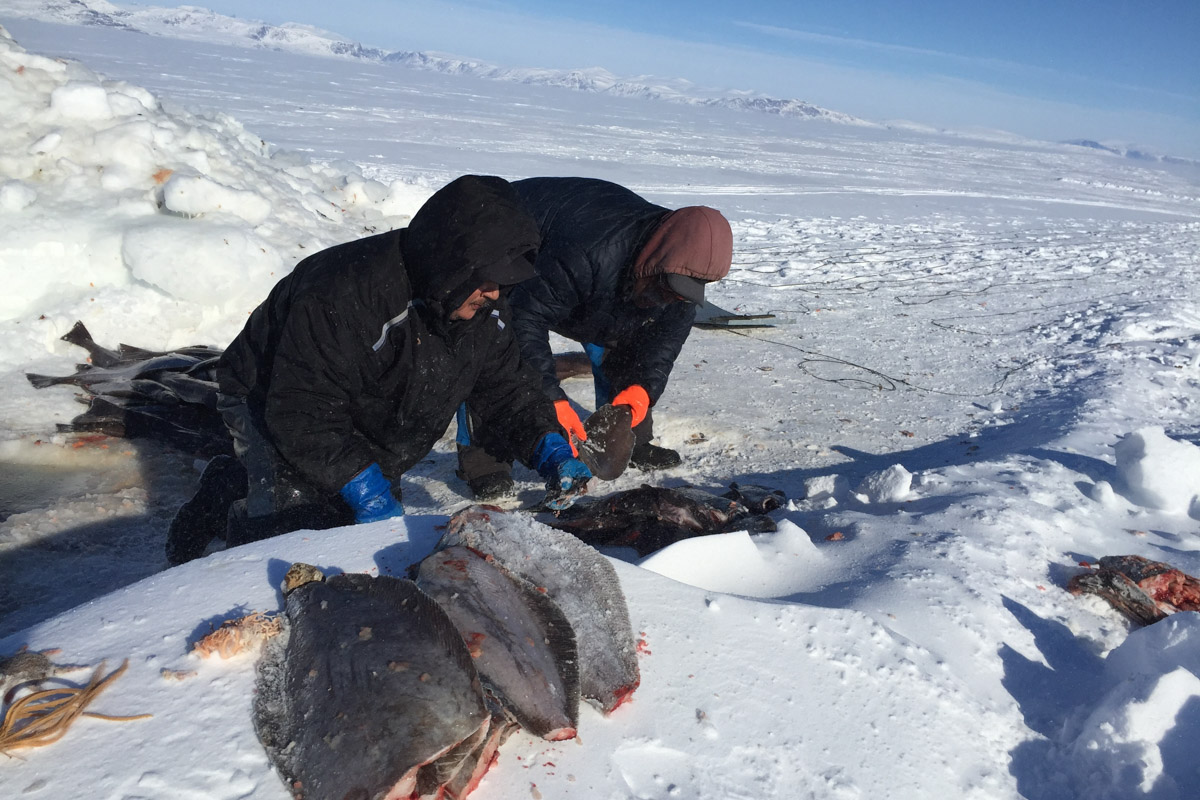 Sorting turbot near Pangnirtung, Nunavut. Photo by Carolyn B. Heller

Flaherty says she’s proud of the menu she’ll be sharing and excited for the diversity of the series overall⁠—four courses on each of four nights, from four Indigenous chefs, representing four corners of Canada.