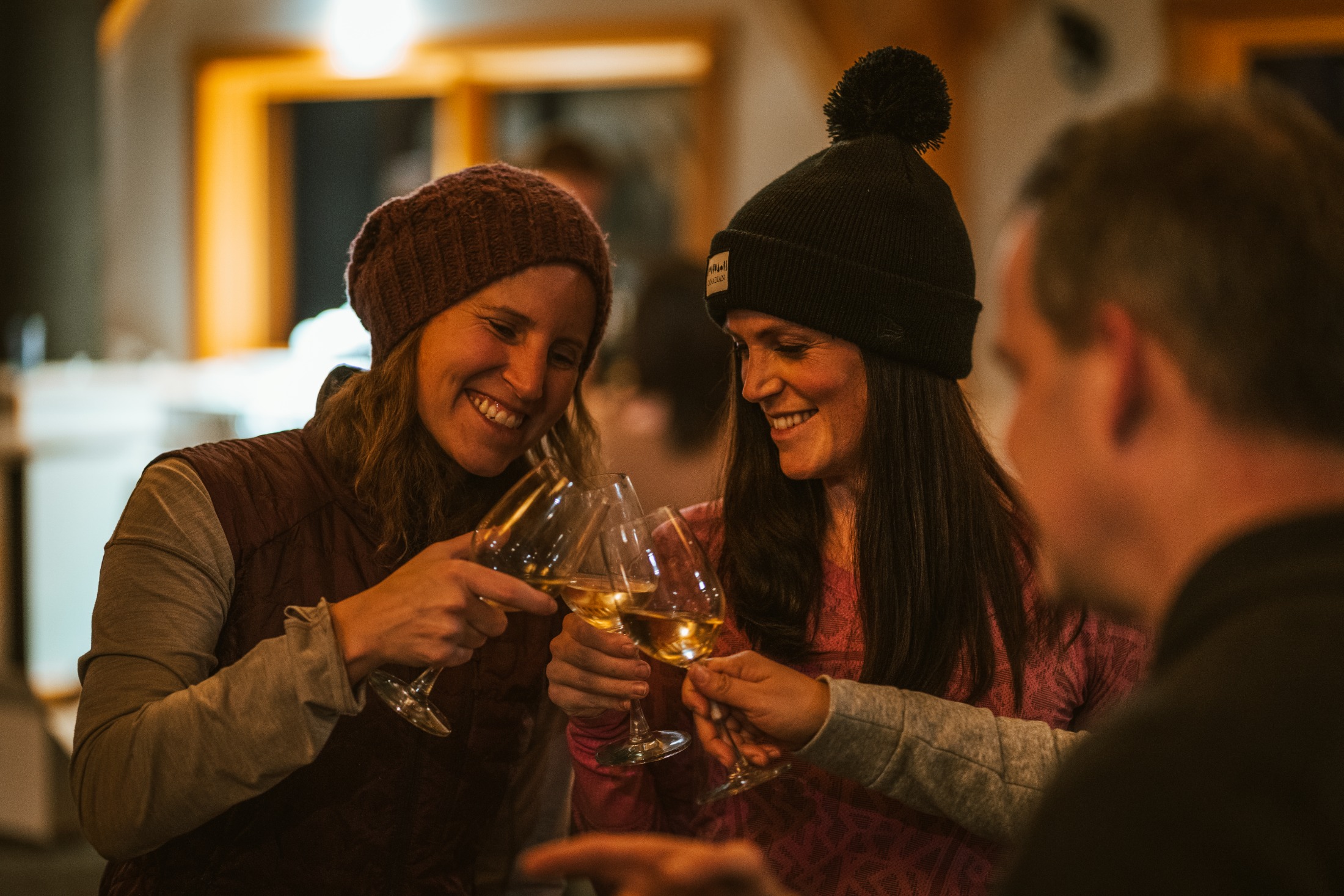 An instant family of 10 (plus two guides), we make our way steadily down the dark mountain.

The trail has been expertly groomed, but the moonlight remains somewhat obscured by the lingering clouds in the night sky. As our headlamps bob down Sun Peaks like a loose string of fairy lights, the only sound is the carving of our skis, punctuated by the occasional joyful laugh, as we intermittently reconvene for a headcount. Ten present and accounted for; on to the next plateau.

Too soon, the trees that have lined our descent like silent sentries give way to a wider expanse of snowy terrain. I’m dismayed to see the chairlift materialize into view, to realize that we’ve arrived at the base. I reluctantly peel off my headlamp and return it to our guide. 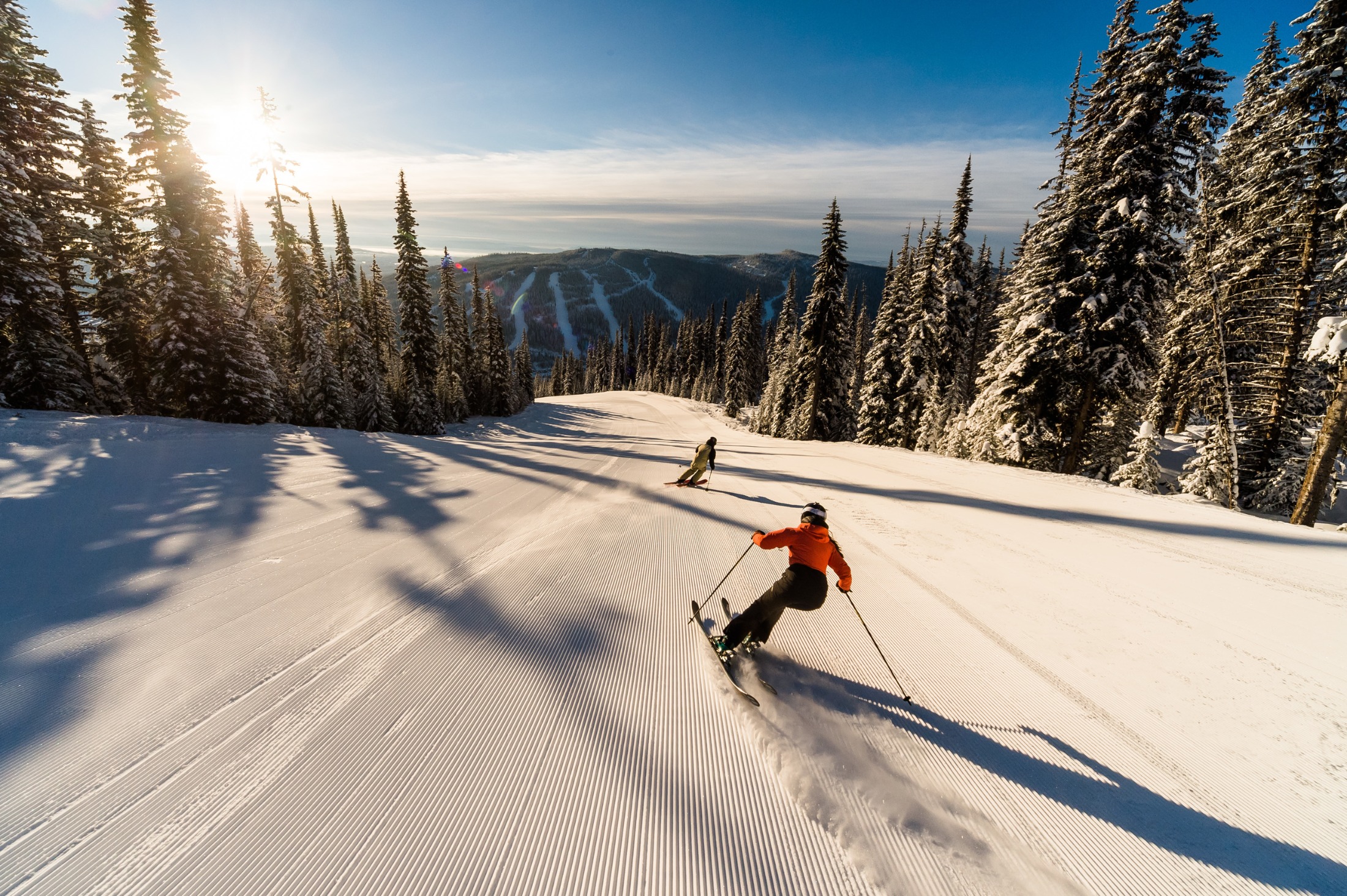 Back at the top of the Sunburst chairlift, halfway up the mountain, staff from eight wineries are packing up their wares, tonight’s tasting complete. The wineries all hail from the Oliver Osoyoos region, which brought its second annual mountain wine festival, Savour the Sun, to Sun Peaks earlier this month.

By day a cafeteria with views of the runs and surrounding valleys, tonight the mid-station lodge has been transformed into a more intimate space, where small groups of wine aficionados cluster around each tasting station to sip vintages not typically available in stores, as the winemakers share their secrets. 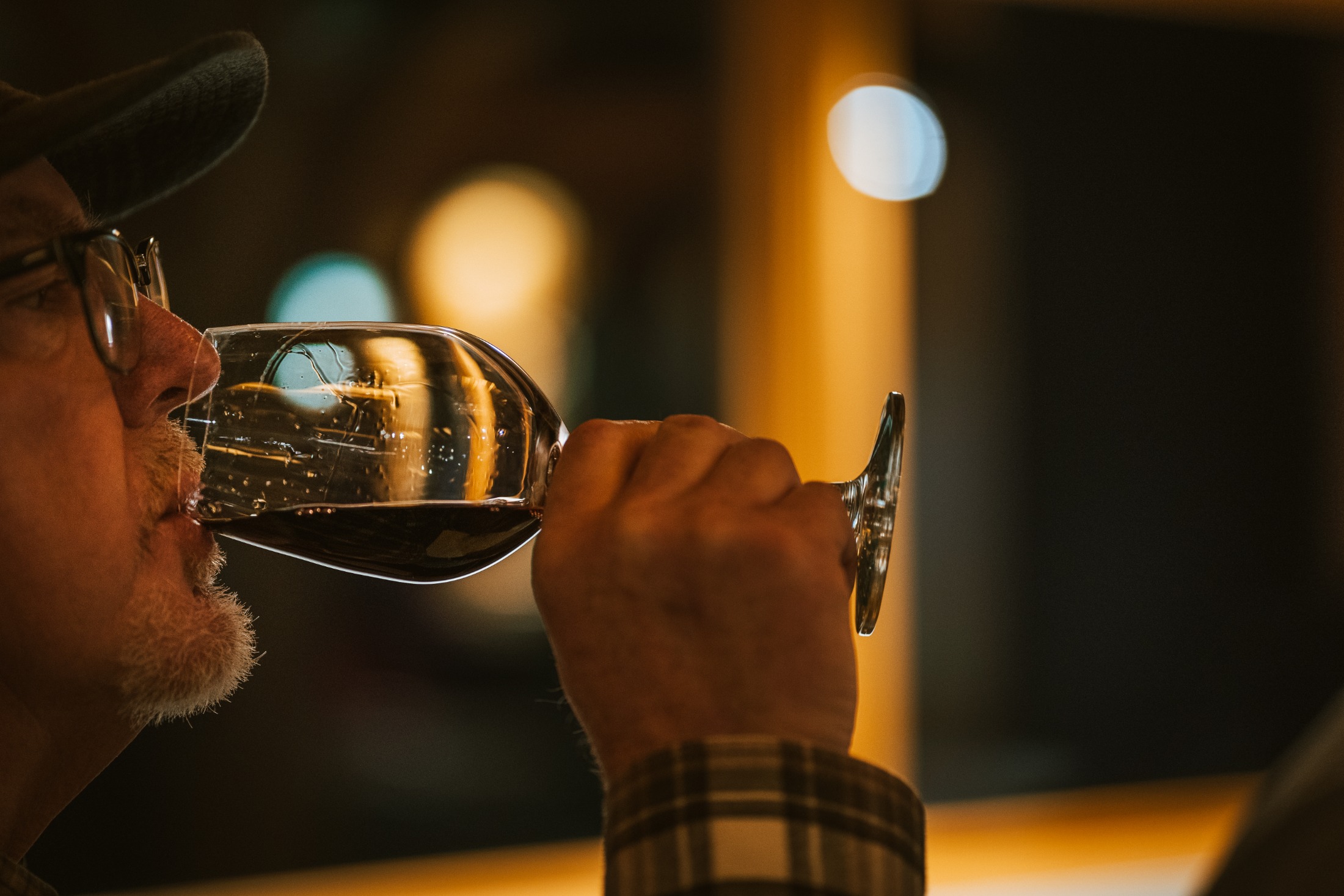 There’s Moss Scheurkogel from Intersection, who is energetically describing his winery’s rich, complex 2014 Appassimento (reminiscent of an Italian Amarone only a bit sweeter and made locally, just south of Oliver), like the enthusiastic wine nerd and Vinstitute teacher that he is. There’s third-generation farmer and now winemaker Gene Covert, pouring his organic 2016 Grand Reserve Cabernet Sauvignon, paired with a panko-crusted cheese dumpling and wine-poached pear.

And there’s Dapinder Gill from Kismet, who is passionate about blends. His Moksha red wine contains 10 per cent viognier, he tells us, hoping we can detect the hint of peach the viognier brings. (If you can’t distinguish the distinctive hints of each component, he asks me, as we lunch with the winemakers the following afternoon, what’s the point of crafting a blend?) 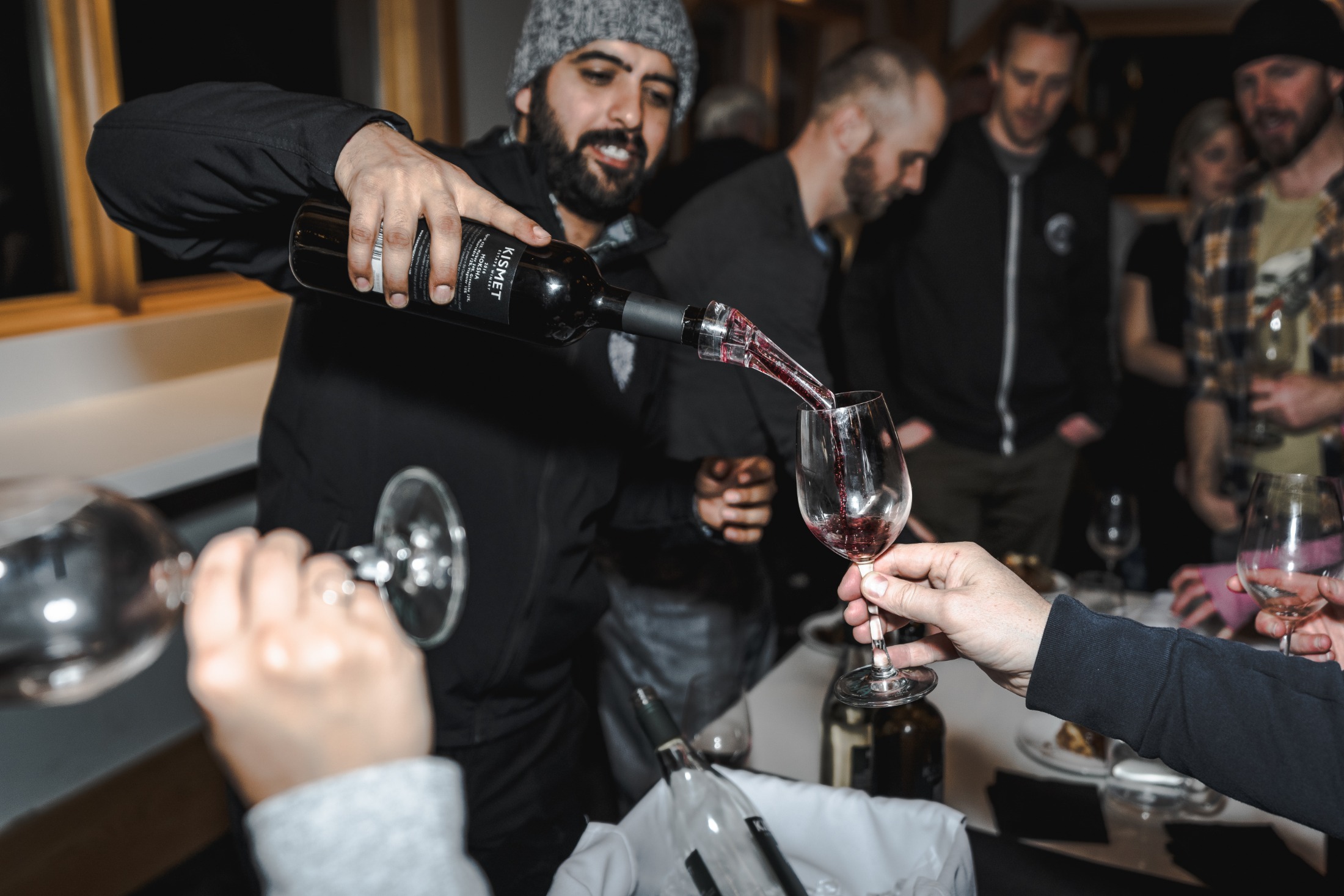 Across the room at the Culmina table, Sebastien Lafortune pours his Unicus, considered to have been the first grüner veltliner of the Okanagan Valley, which is perfectly paired with the raw oysters and mignonette that share his station.

When the bell rings, we switch stations again. It’s like speed dating with winemakers, the organizers laugh. 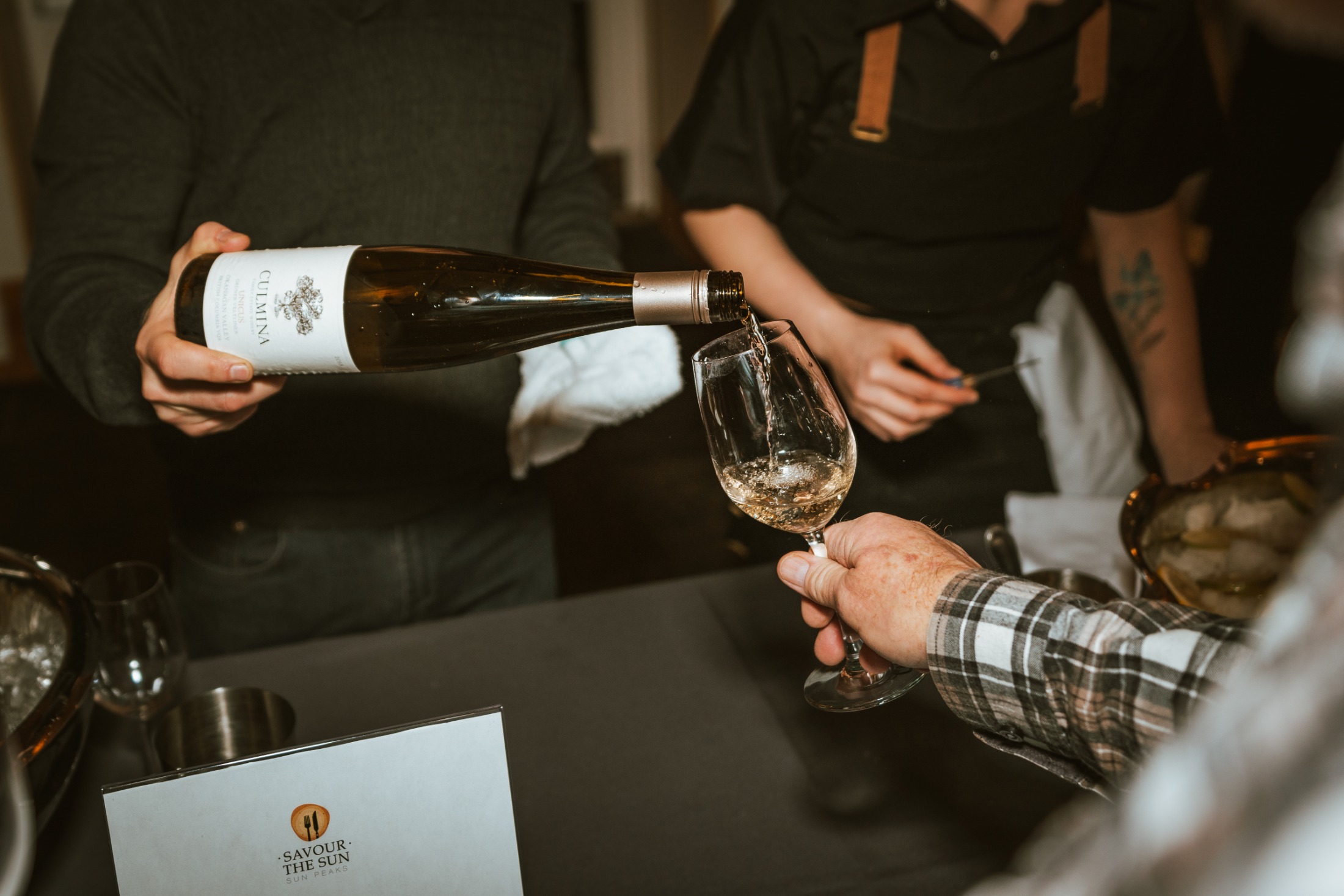 In fact, the whole weekend is an intimate getting-to-know-you affair with this growing association of distinct wineries from the southern tip of the Okanagan Valley. They’re a tight-knit, supportive community of 43 (soon to be 50), whose members encourage each other to share stories of their family vineyards, their signature wines, their agricultural approaches and accomplishments.

At the friendly face-off that launched the weekend’s festival, Culmina’s Lafortune and David Marchand from LaStella take turns pouring paired wines for the guests gathered in the Sun Peaks Grand Hotel’s kitchen, where eight cocktail tables have temporarily replaced the tall metal rolling racks that normally fill this industrial space. Behind the counter, chef Derek Uhlemann from Oliver Eats and the hotel’s own chef Hans Stierli share space as they each prepare six culinary creations before our eyes, to the steady behind-the-scenes din of clanking dishes and clinking cutlery. 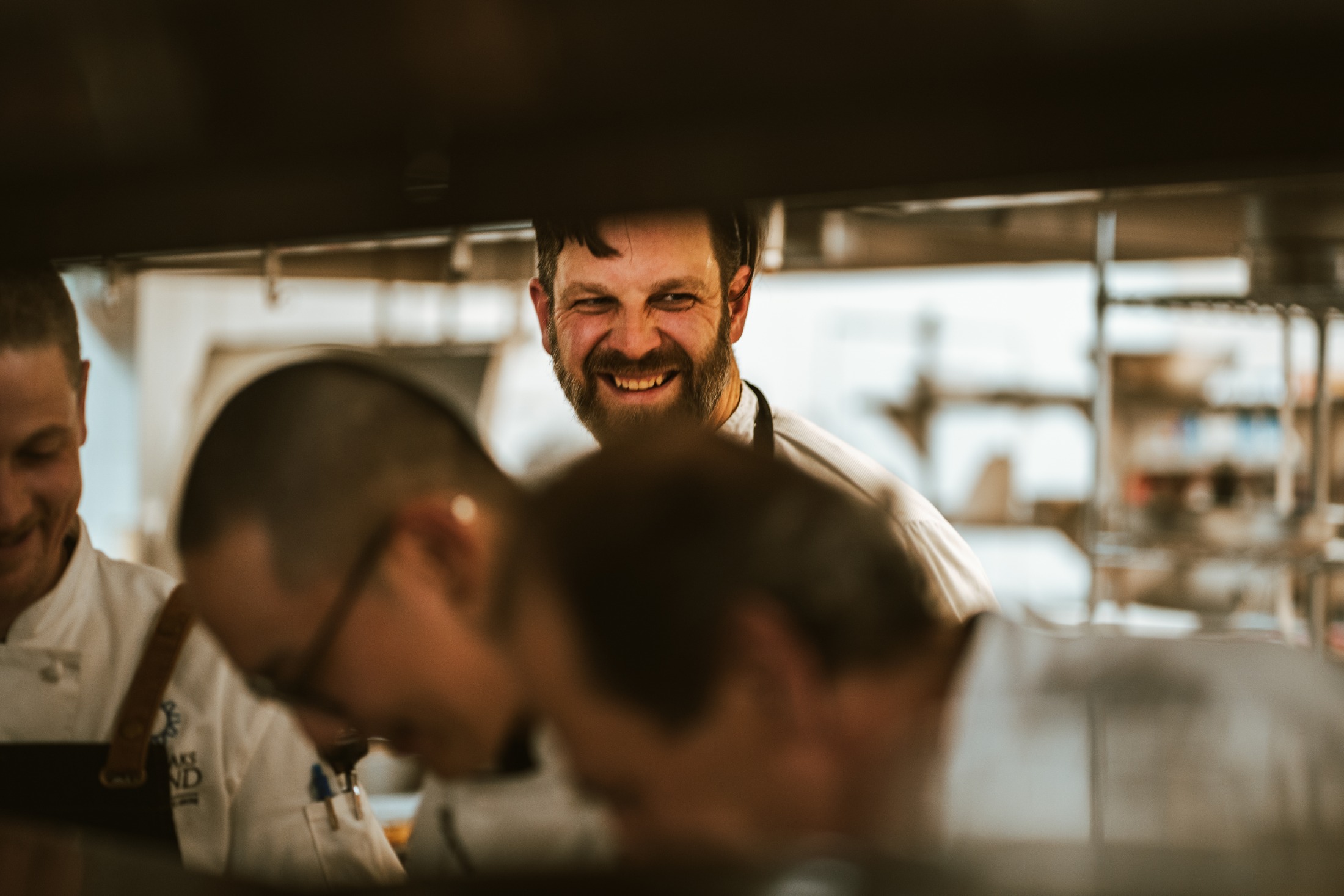 In the end, the guests applaud heartily for the wineries and both chefs, and call it a draw.

Back on the mountain the next morning, I squeeze in several hours of skiing between afternoon and evening wine tastings. It’s a peaceful grey day, early in Sun Peaks’ season. The snow has so far been sparse, but a few open runs beckon, including the Homesteader, where soft powder covers the slope as it gently curls down the mountain. 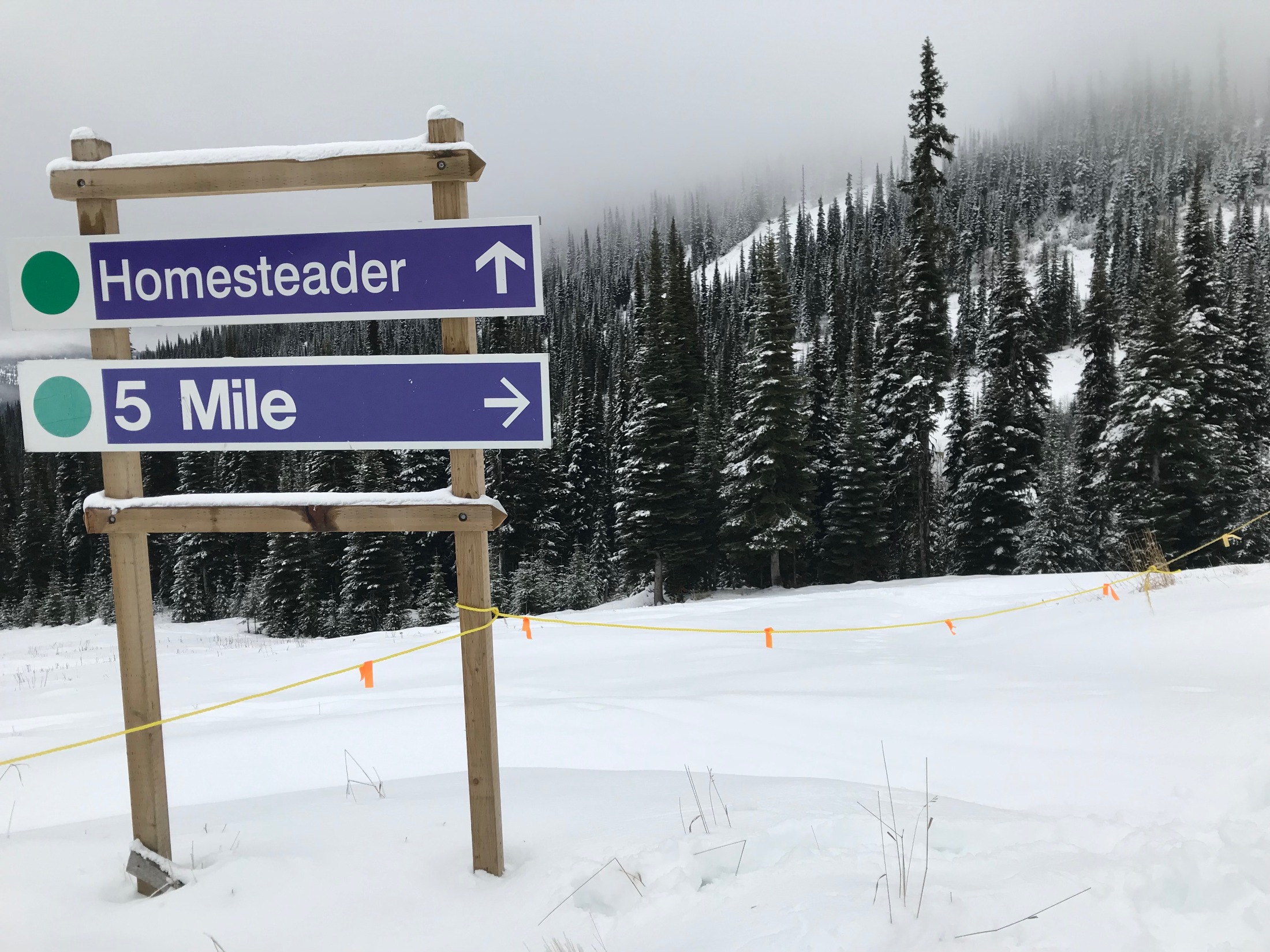 The Homesteader run on Sun Peaks. Photo by Robin Perelle.

It’s quiet up here today and I savour a few moments alone, save for a father patiently teaching his young daughter to ski.

It’s a sharp contrast to the 200 people who will gather in the hotel’s ballroom for the festival’s big Saturday night tasting, where I’ll sneak a second delicious, whisky-infused chocolate pot au crème as Gord Hallgren from Maverick materializes at my elbow with a perfectly paired glass of his Fia port-style fortified wine. 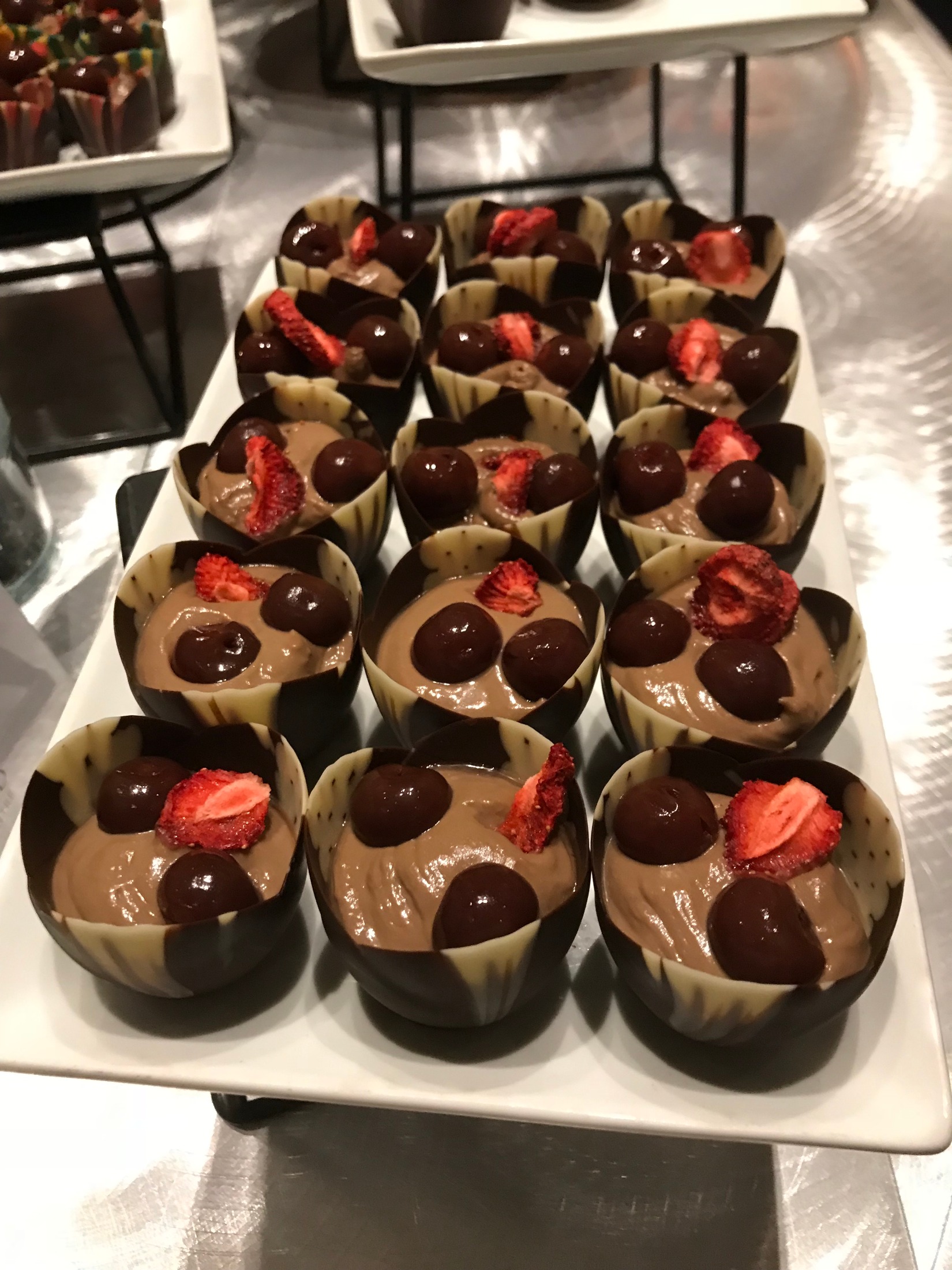 Outside, fat snowflakes are falling in the village.

“It’s snowing!” a woman sticks her head into a nearby café to exclaim, as the flurries gather momentum under the soft light of the lampposts.

“We really need this,” she says, as she walks by, and smiles.