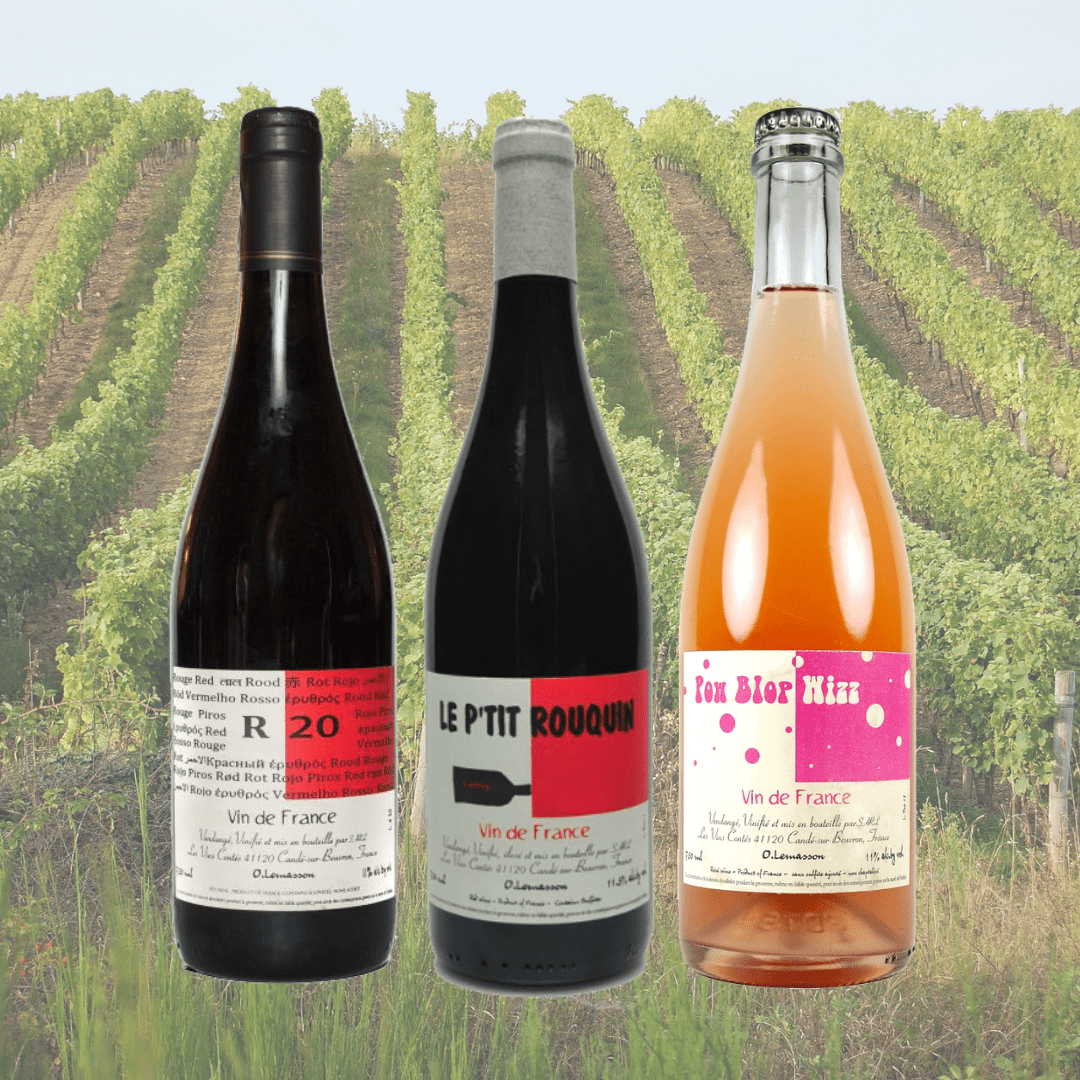 Every wine aficionado has an Aha! wine⁠—the bottle that turned them into a bonafide snob (even if they won’t admit it), and one that is to be discussed ad nauseam with other snobs. The world of natural wine, though it feigns humility and open-mindedness, does not escape over-glorification. If anything, given natural wine’s rapid ascension into vogue, claiming a cult bottle as one’s origins has become de rigueur. My personal Aha! wine was a bottle of 2018 Pow Blop Wizz⁠—a pét-nat so bubblegummy it feels like a prop in an Instagram photo⁠—from Les Vins Contés, the iconic natural wine label headed by the late Olivier Lemasson. Pow Blop Wizz is such a favourite of mine that a reproduction of its label hangs on my wall.

Olivier Lemasson passed away suddenly in early June of this year. It took me by surprise not only because he was so young, but because I realized I may never experience my Aha! wine again. It dawned on me that upon Lemasson’s passing, Les Vins Contés was left without clear direction and my Aha! wine will likely be lost to the throes of time. All that is left after the bottles are finished is the memory of the winemaker, a person rather than a palate.

A sommelier by trade, Lemasson founded his label to flee the stuffy confines of traditional Parisian wine culture and, by extension, France’s wine bureaucracy⁠—the appellation d’origine contrôlée (he went on to declassify all of his wines as an act of rebellion). Following a brief period of study with famed Beaujolais producer, and key member of Kermit Lynch’s “Gang of Five”, Marcel Lapierre, Lemasson took the helm of Les Vins Contés in 2006. Settling in Touraine, Lemasson crafted racy and bright wines out of both sought after (gamay, malbec, cabernet franc, chardonnay, sauvignon blanc, chenin blanc) and commonly overlooked (grolleau, menu pineau, pineau d’aunis) grapes.

When news of Lemasson’s passing became public there was an outpouring of grief, love and condolence amongst the natural wine community. Jules Dressner, the founder of Lemasson’s American agency, suggested that, in an elegy written on the company’s website, with Lemasson’s passing “the paradigm has shifted and there will be an irreplaceable void in the Cher, in the Loire, in our lives and in our glasses.” The post-Lemasson paradigm shift is not unlike those that have rocked the natural wine world before, and will again in future. Natural wine, unlike conventional wine, is as much an agricultural product as it is a luxury item; it is the domain of farmers and itinerant tradespeople rather than domaines and multi-generational landholders.

Nicolas Kenny, the man behind the import agency Vino Vancouver, has represented Les Vins Contés since 2015. Since Kenny first dropped in on Lemasson during a family vacation, Kenny recalls a kind and generous soul⁠—Olivier the person rather than Olivier the wine savant. “He had a bit of, I guess, a curmudgeonly character but always with a dash of humour and good nature,” Kenny says. “He was a bit of a free thinker, he wanted to stick it to the authorities, and make things his own way, things that he wanted to make … he had a bit of a rebellious nature, a bit anti-authoritarian. But, always loyal to people.”

Lemasson’s last vintage is a fitting send-off for the man who aimed to democratize wine. An “easy” year according to experts on the region, 2020 bottlings of Lemasson’s wines are approachable, the weather that year allowing the winemaker to deftly shepherd the grapes to the bottle.

As we talk about Olivier the man, Kenny and I taste a selection of his wines, those that are left after many cuveés sold-out upon release: Le P’tit Rouquin (100 percent gamay), R20 (a blend of grolleau, cabernet franc, malbec and gamay) and Cheville de Fer (100 percent côt). The R20 in particular, one of Lemasson’s most heralded cuvées, is a wine to drink now and well into the future. It is racy and tight, awash with notes of under ripe berries that might drive any Beaujolais freak crazy, but also savoury and complex, the ashy quality of the cabernet franc emerging out of the thinner-skinned varietals.

My Aha! wine, as important as it was, was a fleeting hello to a winemaker that I have come to love. Infatuation pushed me to think more deeply about Olivier and the products he made in his too short life. Unlike an Aha! bottle, the experience of a tried-and-tested bottle can be repeated many times over. I intend for my goodbye to Olivier Lemasson to be long and sweet. So, if you can’t find any Les Vins Contés R20 in stores, you know whom to blame.