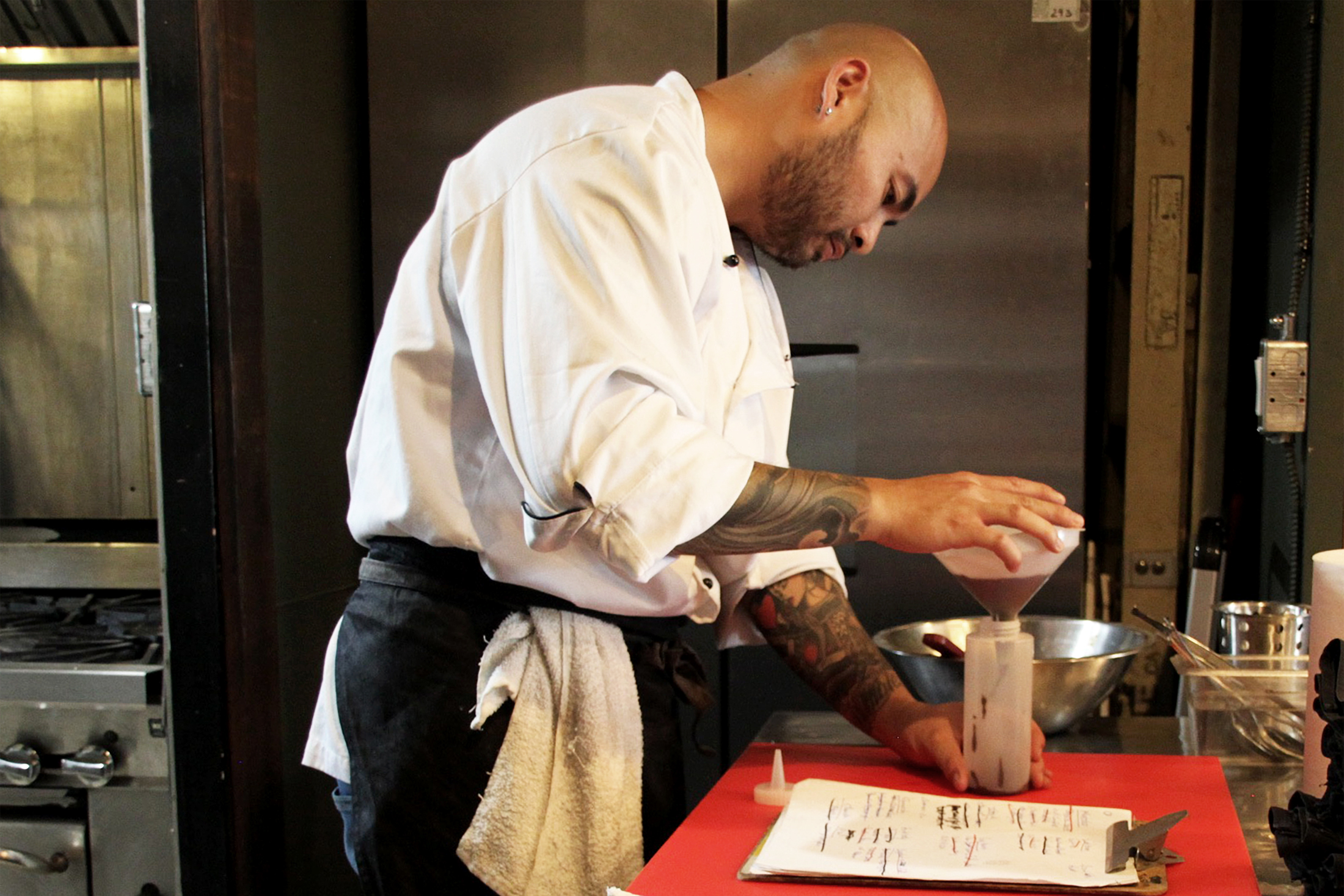 If someone had looked in a crystal ball last summer and warned Tim Yu that he’d be launching his new restaurant in the middle of a pandemic, he still would have bet on the industry. People can’t just give up living completely, he says.

Though he originally planned to open three locations of Zubu early this year and a fourth later on, COVID obviously created some delays. He eventually took the plunge in June—an ambitious feat, to say the least.

Opening a new restaurant under normal circumstances is difficult enough; launching and operating a food business in the middle of a pandemic is a different level entirely. Existing restaurants are still trying to adapt to the new normal: adhering to health and safety guidelines, training staff while keeping them safe, implementing rigid sanitization procedures, and creating a COVID-19 plan in case anyone tests positive inside the establishment. New restaurants have to implement all those measures while attempting to gain a foothold in a fickle industry. 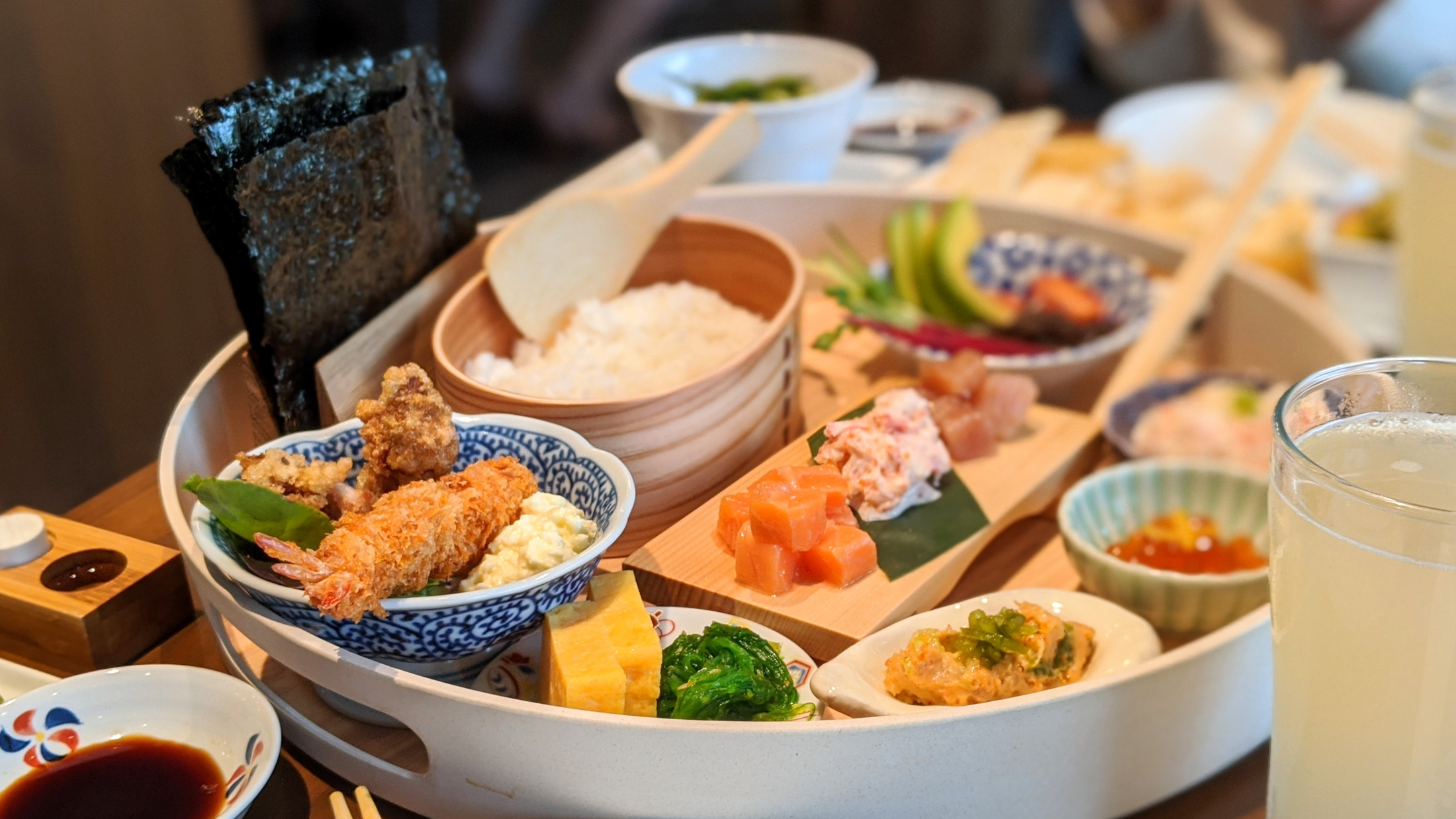 A Temaki Tray at Zubu. Photo by Tammy Kwan.

According to recent estimates obtained from Restaurants Canada, a non-profit association that advocates for the growth of Canada’s food-service industry, more than 10 per cent of B.C. restaurants have permanently closed since April.

And many more restaurants are still in limbo, says Mark von Schellwitz, vice-president Western Canada of Restaurants Canada. “They have not yet opened or haven’t decided to open until they can make sure they can actually have an arrangement with their landlord, get their staff, and have a business plan that works.”

But the industry’s bleak outlook hasn’t deterred some new restaurants from taking a chance on opening in Vancouver in the last few months.

Von Schellwitz is not surprised. He believes the industry is resilient and will find a way to stay viable even during a pandemic, as long as government support continues. “You’re always going to have some new restaurants opening, and hopefully be able to survive,” he says. He expects many new places will focus on takeout and delivery to weather this storm. 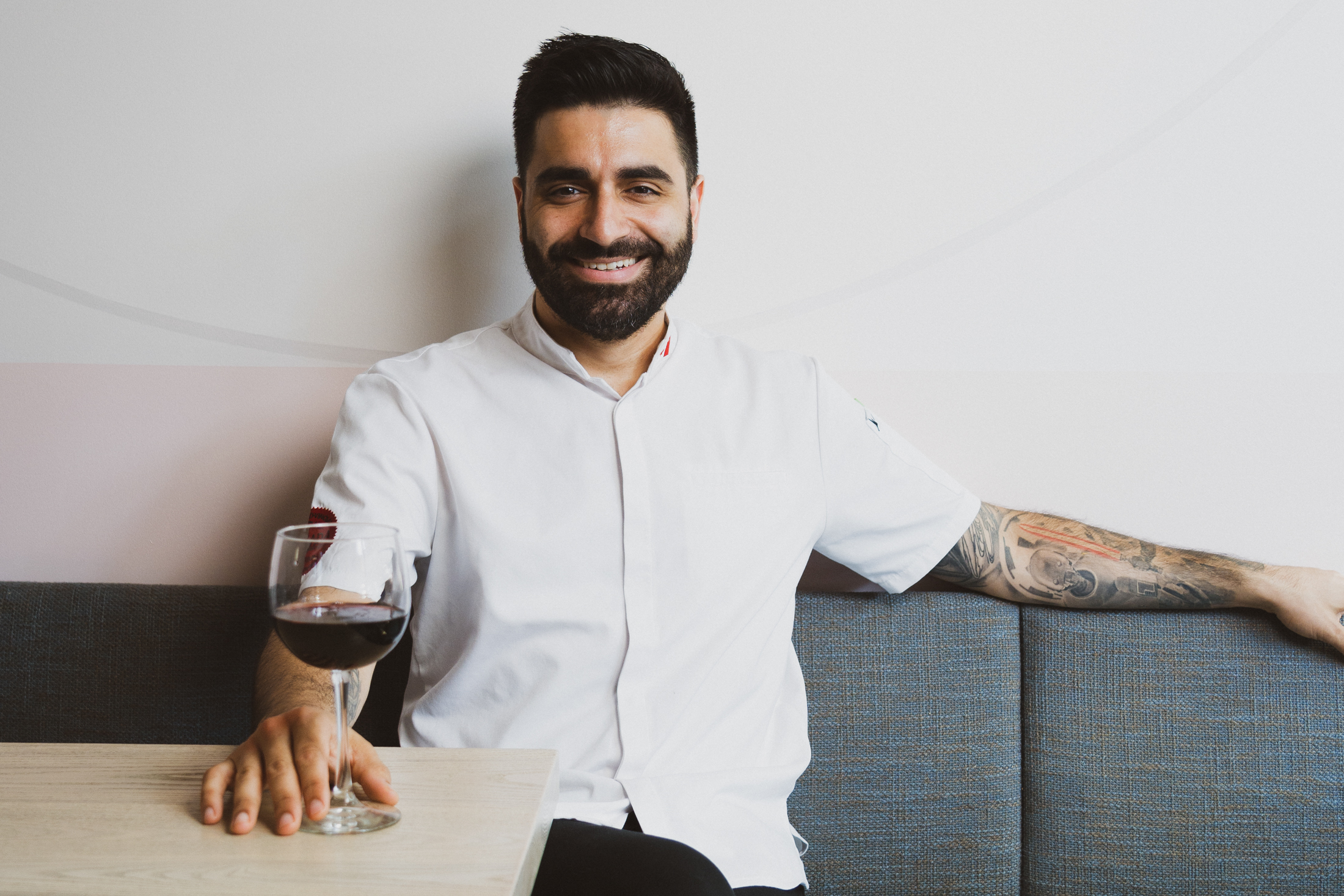 Yu’s Zubu, with its Japanese-style cuisine infused with Western culinary touches, has certainly faced its share of challenges trying to open in a crisis. “The biggest concern that we had in our company was that many of our trained staff or leaders or even managers, had to go [home] because they were here on working visas.”

The challenge now, he says, is to encourage people to safely dine out. “I don’t know how to balance this situation. Like, how do we keep the cases down while [still] having business? I think that’s what the government will need to figure out.”

So is it worth the risk to open a restaurant during COVID-19? Chris Lam thinks so, as long as you’re prepared for the challenge. He is the chef and owner of Straight and Marrow in East Vancouver, which was supposed to open in February but faced significant construction delays and financial setbacks due to the pandemic; it didn’t launch until the end of July.

Still, Lam thinks the current health climate has allowed him to ease into running a new eatery. “I know COVID is not good for anybody. But honestly, there are some positives with opening during this because it lets us really fine tune our cocktails,” he says. “We can take more care to make sure that everything we’re putting out is perfect.” 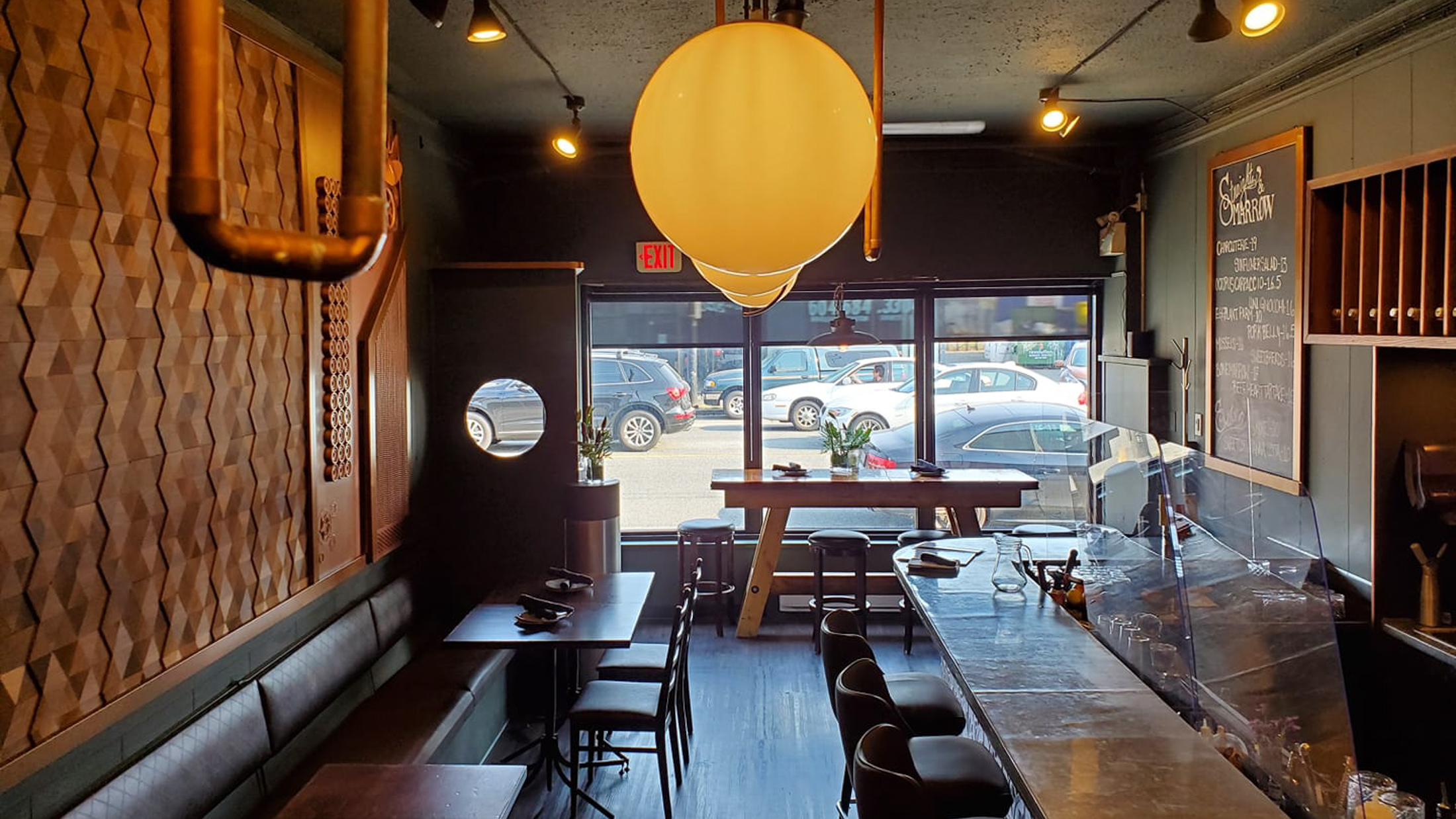 Photo courtesy of Straight and Marrow.

Even with relief programs out of reach for his new business, Lam remains optimistic for his nose-to-tail dining spot and the future of the restaurant industry in Vancouver.

“Restaurants that close are going to reopen as another restaurant,” he predicts. “It’s also creating a whole new wave of opportunities and new ingenuity for restaurants, and you have to look at that as a positive.” 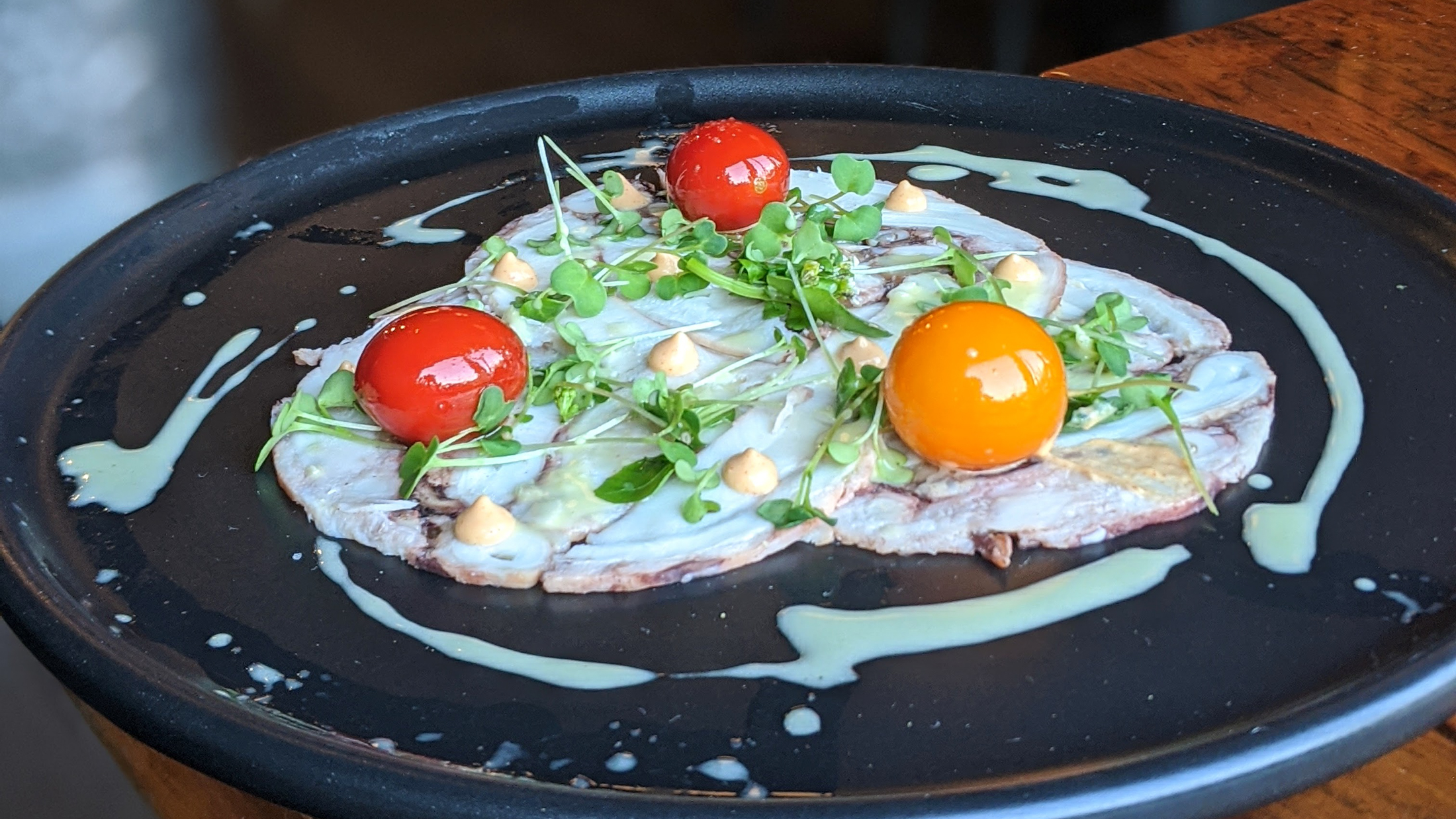 Octopus carpaccio at Straight and Marrow. Photo by Tammy Kwan.

Lam isn’t the only restaurateur who thinks the benefits outweigh the risks when it comes to opening a new spot during a pandemic. Chinatown just welcomed Mila, an upscale vegan restaurant. Its executive chef, Jim Vesal, has been working on the concept since January, but when COVID-19 hit everything was delayed.

“We have a very robust safety program and lots of guidelines and systems in place to ensure that everyone’s safe,” he says. “But even when you do everything right, it’s still happening. I think there’s this kind of fear that no matter what we do, you’re kind of at the mercy of luck at this point.”

Even when he takes all the pandemic-related risks into consideration, Vesal still thinks there’s a good chance his restaurant will succeed in a volatile environment. “We have such a strong team, and we have some great people on the team that are going to be able to help us help us get there,” he says.

Despite having to deal with construction and financial challenges over the past few months, Justin Cheung, chef and co-owner of Potluck Hawker Eatery, is glad to be a first-time restaurant owner, even if it meant opening during a pandemic.

“There’s definitely a market for new businesses to start up now—there’s definitely a lot of risk as well,” he says. “But I think if you have the right concept, and you can adapt to some of these events that are happening these days, I definitely think there is a market to provide for here.” 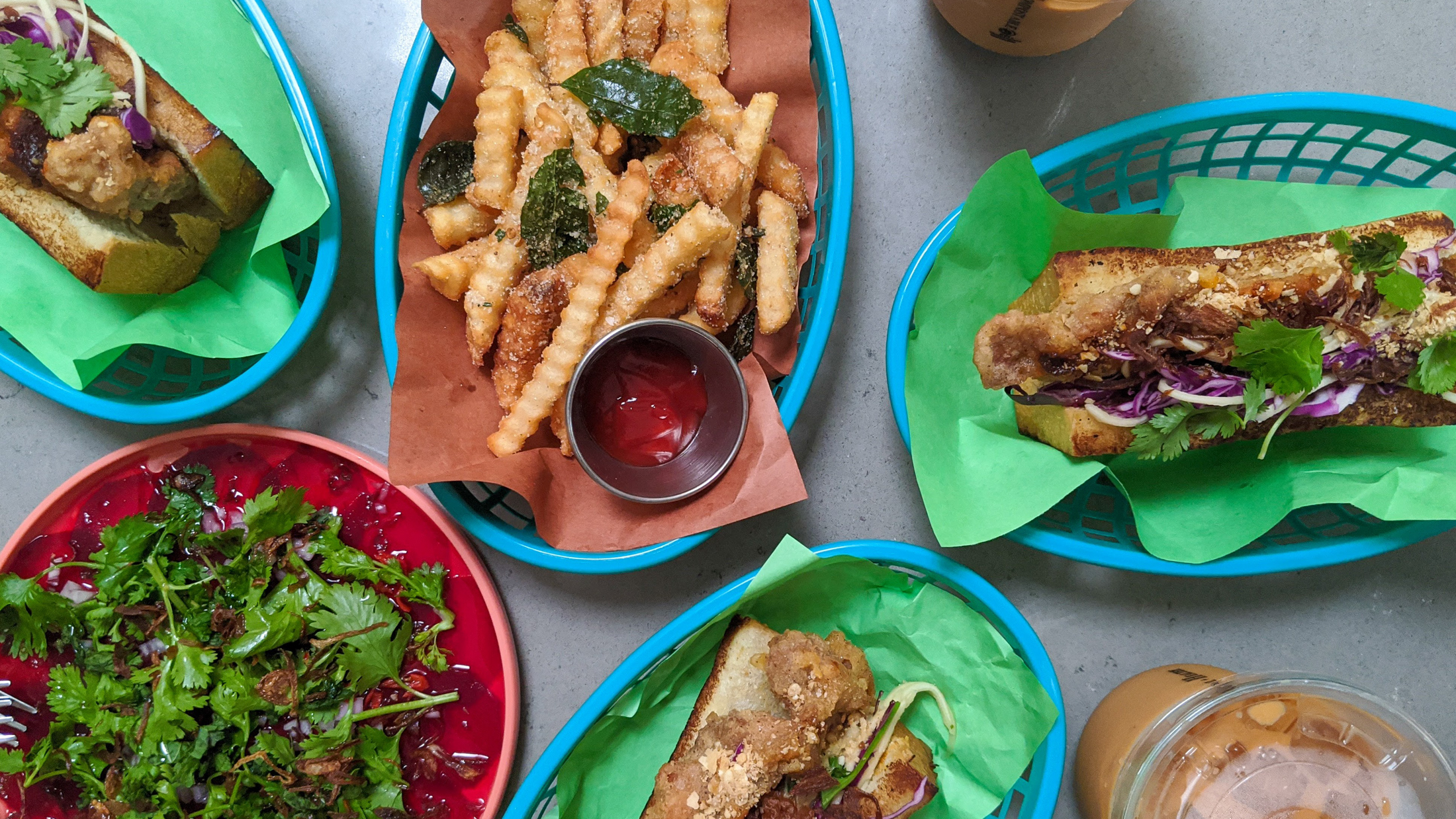 It helps that his fast-casual eatery is suited for takeout and delivery, and the local community has an appetite for Southeast Asian fare. “I think [we will] just kind of live with COVID for the inevitable future. The way we do things, has almost become second nature for us now,” he says. “At the end of the day, people need to eat, right?”

For Francisco Higareda, the executive chef and one of the partners of new upscale Mexican eatery Ophelia in Olympic Village, opening a restaurant during COVID-19 is complicated because there are numerous health and safety procedures to follow, in addition to the pressures of running a new business.

For him, it’s a gamble every day his restaurant is open. “At the end of the day, I try to follow all the rules and I try to let my customers feel as safe as they can, but it’s a virus you know?” he says. “It’s not something you can see, and it’s super hard. It’s a risk everywhere.” 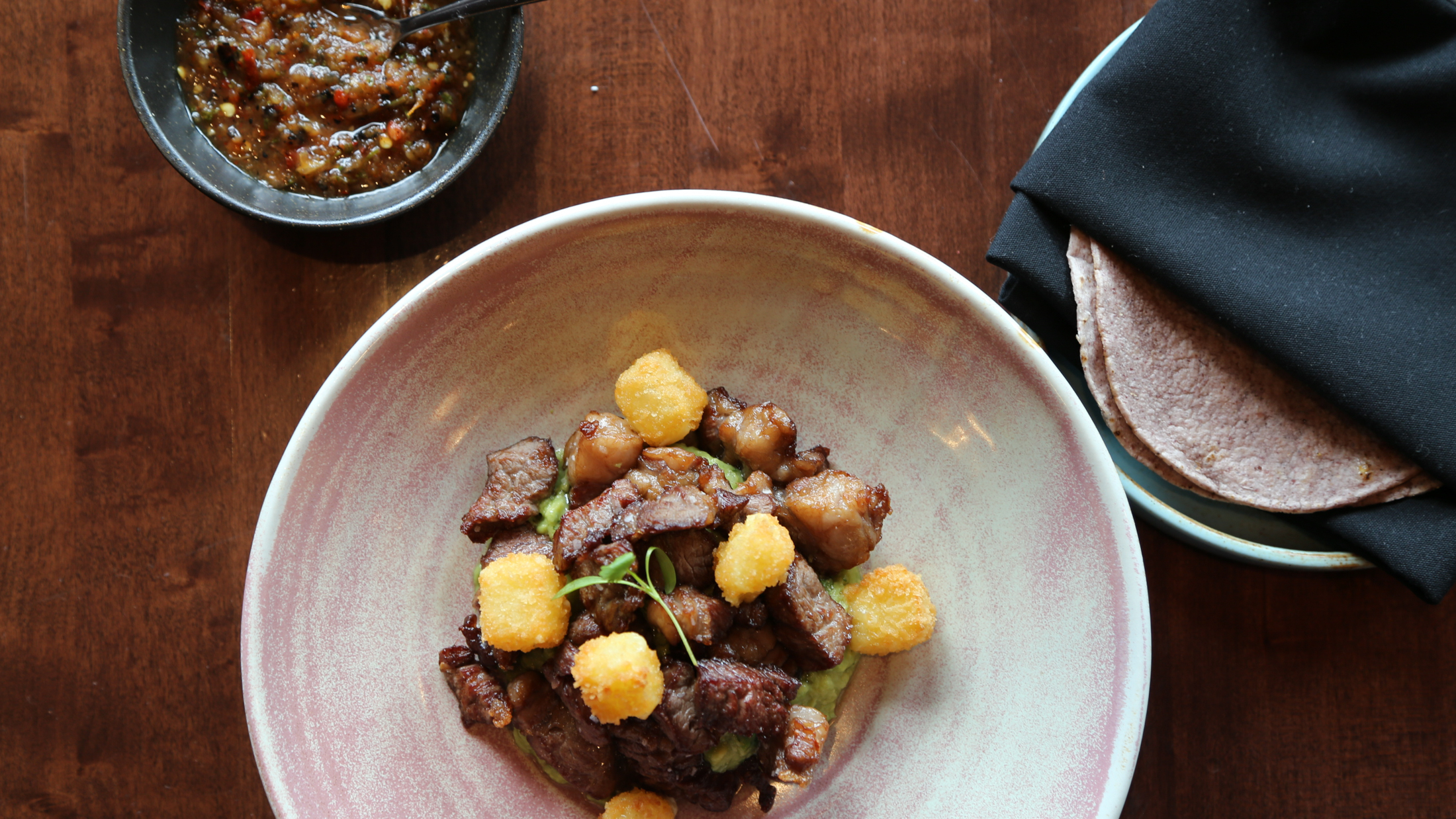 But he is betting that Ophelia’s large dining space, paired with his traditional Mexican cooking techniques, will continue to attract diners, and he sincerely hopes a second wave won’t force his doors to close again.

Across town in Coal Harbour, the new Italian restaurant Nox is still a couple of months from its late-fall/early-winter opening, but managing director Alejandro Díaz says he and his colleagues understand the risks and are willing to bet on its success.

“Everything has changed for everyone. This is a new reality,” Díaz says. ”We will adjust based on how things are at that time.”

“At this point in the game, our plans are still flexible enough that we can take into consideration for social distancing and put up partitions between tables,” adds chef Sam Fabbro. “We have the opportunity now to work that into our opening plans, which is kind of a benefit to us.”