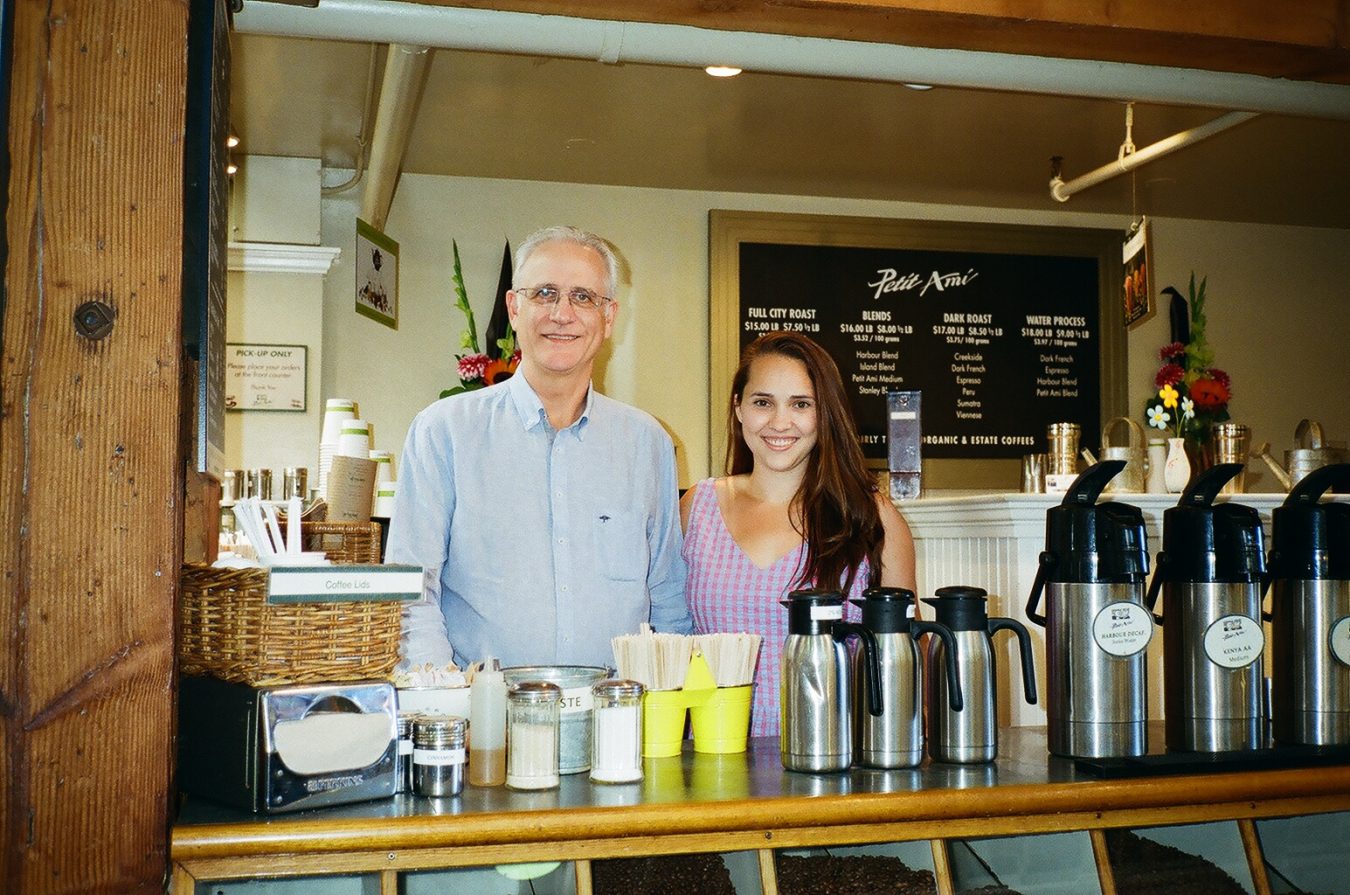 Believe it or not, Vancouver did not always have a thriving coffee scene. There was a time when choice—Matchstick? Elysian? How about Revolver or Nemesis?—did not exist. John Hungerford remembers this time. And he remembers doing something about it.

“In 1986, when my wife and I were dating, there were no coffee bars in Vancouver,” he says. “My wife doesn’t drink, so this [coffee] was a nice alternative, and it subsequently turned into a business opportunity. Every entrepreneur has their own story, but we sort of went into this backwards.”

They started by opening Milieu Cafe (which has since closed) in City Square, and then branched into Café Ami, which now has two locations: at Vancouver General Hospital and the University of British Columbia. Then, about 10 years ago, the opportunity to take over a space at the Granville Island Public Market came up. And so, Petit Ami was born.

The premise is the same at all locations: small-batch, fair-trade coffee from around the world. At Petit Ami, a glass case in front of the service counter shows off the different beans, from Colombian to Mexican. Hungerford says the company’s roaster, Los Beans, uses a special machine that results in a very unique flavour profile. “It penetrates the bean when it roasts the coffee, and it recycles the smoke, which is very environmentally friendly,” he explains, standing outside the Public Market on a sunny afternoon. “A lot of coffees are roasted from the outside in—they go around the drum, and it roasts from the heat of the outside of the drum—whereas our coffee is roasted with heat, so it’s like being in an oven, and the coffee is circulating inside of that.”

Hungerford and his wife Debbie may have started the businesses—“Debbie does all the paperwork and I do all the socializing,” he jokes—but the couple’s children are also involved. Daughter Caitlin Hungerford has taken a major role in the company, and she literally grew up in it, having taken her very first steps inside the family’s old City Square cafe. “It’s been a lot of fun. Coffee shops are a young industry, and you get to know your customers—they’re there a couple times a day sometimes,” she says. “And the staff down here at Petit Ami are absolutely incredible.” She says the Public Market is unlike any other work environment because there are so many long-time vendors that make it feel like a community. That, and the patrons are always happy: “They’re either on vacation or on their first date.”

For Hungerford, who opened his first coffee shop in the name of love, the risk of starting his own business has been worth it. “There’s a big gamble being an entrepreneur,” he says. “We now own a few stores and we work hard at it, and so does our staff.” That dedication comes from the top, and shows itself in every facet of Petit Ami. This family-run business stays true to itself, meaning that staff and even customers never feel far removed from its origins. Even the logo comes full circle: it depicts lovebirds Hungerford and Debbie, having a coffee.

Read more in our Meet the Market series.