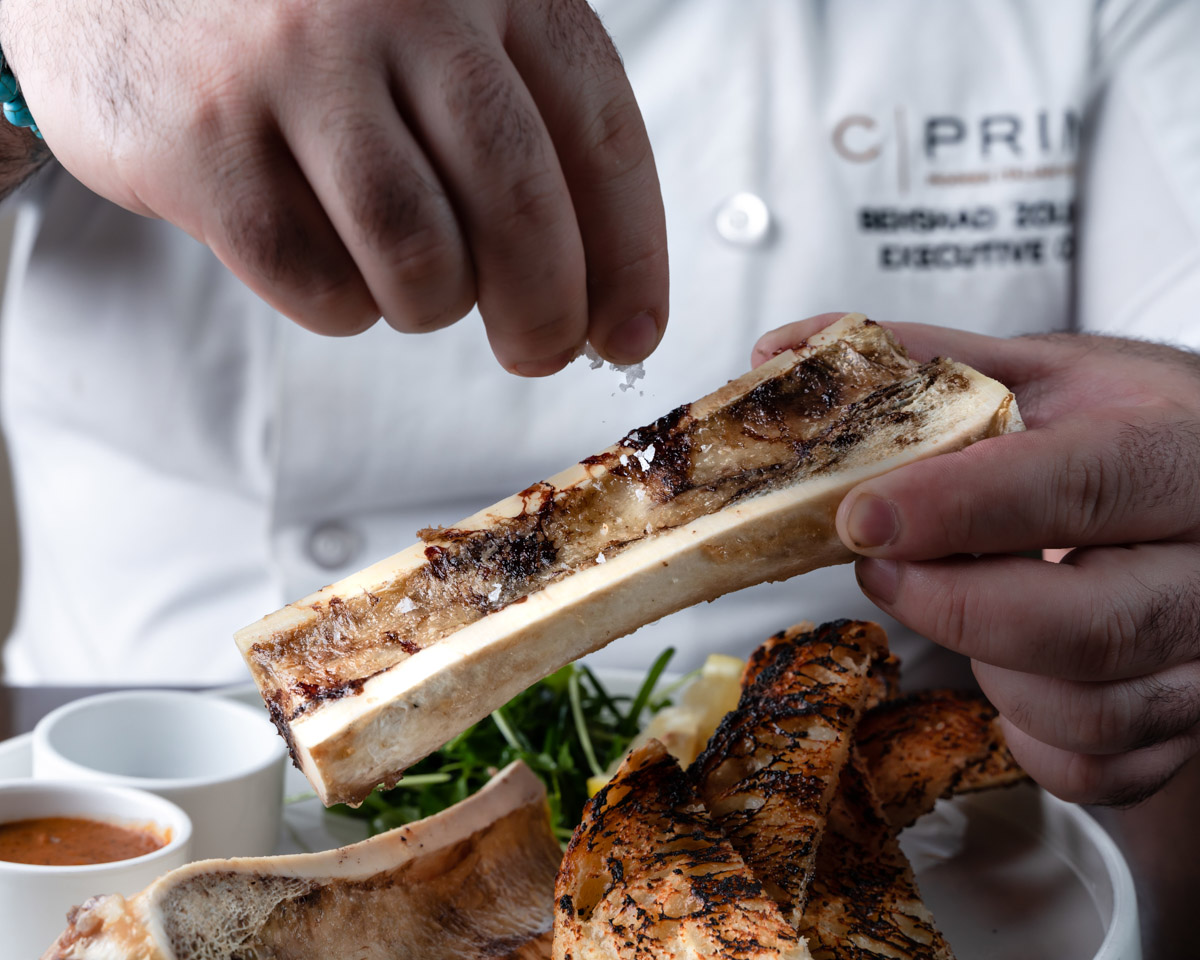 When C|Prime, a modern Italian steakhouse in Vancouver’s Century Plaza Hotel, closed during the pandemic, I thought I’d lost my chance to try it for good. In 2015 when the restaurant opened, I had made a mental note to visit. Even if the hotel steak house can feel stereotypical⁠—sometimes catering to too broad a palate⁠—I still relish a good steak, and Italian food is one of my favourites. But instead I succumbed to the lure of pretty plates trending on social media, and C|Prime faded into the background of the dining landscape, always a bridesmaid but never making it to my weekend—or even weekday—plans.

But in January, when C|Prime launched with a new executive chef, I got another chance. Behshad Zolnasr, whose resumé features Michelin-starred kitchens such as Restaurant Gordon Ramsay in London and Jean-Georges in New York, wants Vancouverites to see C|Prime as an affordable but refined place to dine. “Our meat program here is on par with all the other steakhouses,” he says. “When it comes to Elisa or Gotham or Black and Blue, we carry the exact same meats from the same suppliers.” 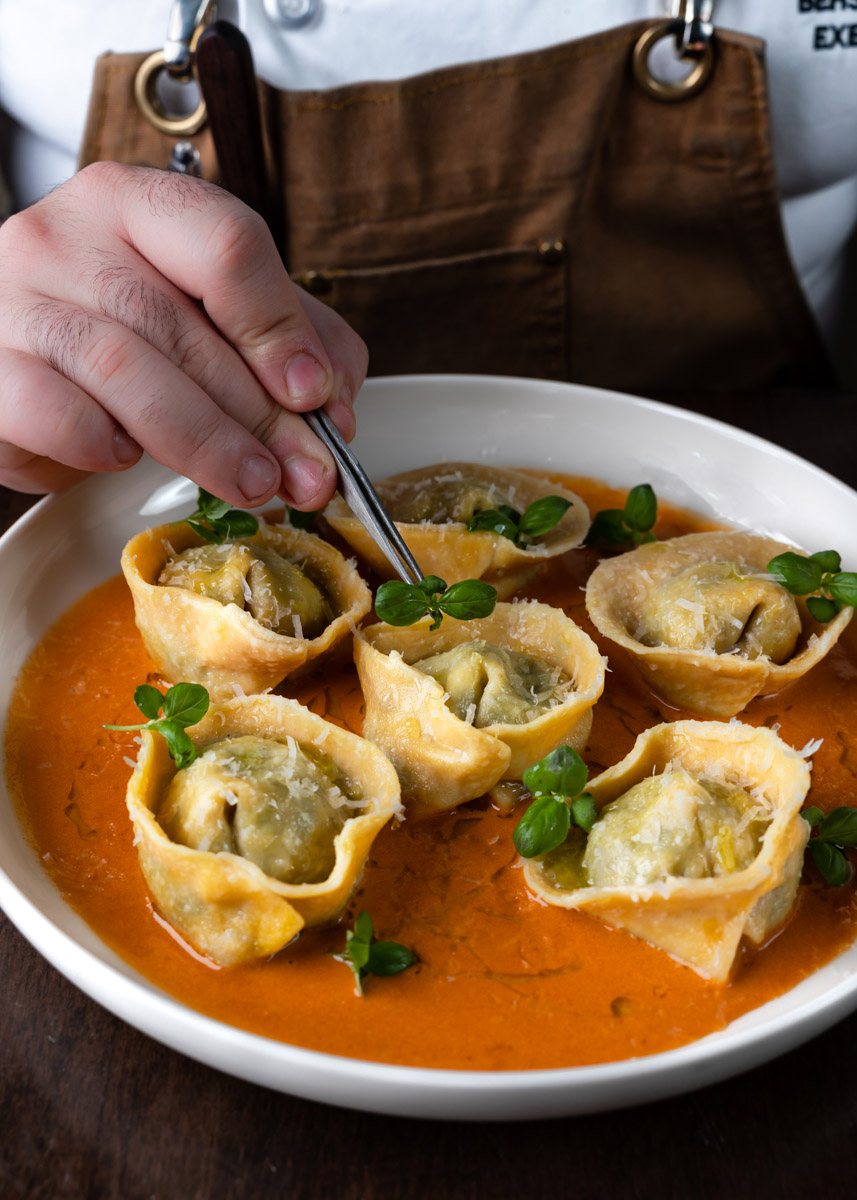 Intrigued by the revamp, I finally visit C|Prime. The food impresses, evidencing close attention to technique and high-quality ingredients. Ahi tuna tartare accompanied by potato crisps is an elegant, understated opening. Housemade tortellini, generously stuffed with Dungeness crab, is wonderfully decadent, especially atop rich crab cream sauce. As I take a bite of ribeye, perfectly seared and served with golden fried onions, I consider the other restaurants I’ve bypassed in my haste to try the latest dine-out darling.

When chef Emmanuel Joinville opened Jules Bistro in 2007, Gastown was experiencing an exciting renaissance. The restaurant was an instant hit, with diners flocking to experience such French classics as chicken liver mousse, steak frites, and crème caramel. Since then, East Van, and more recently Chinatown, have become hot neighbourhoods. Joinville admits the last 15 years haven’t been easy. “I don’t have another option in life. I don’t have a plan B. If it’s not Jules, I don’t know what else it would be. So I fight for it,” he says. 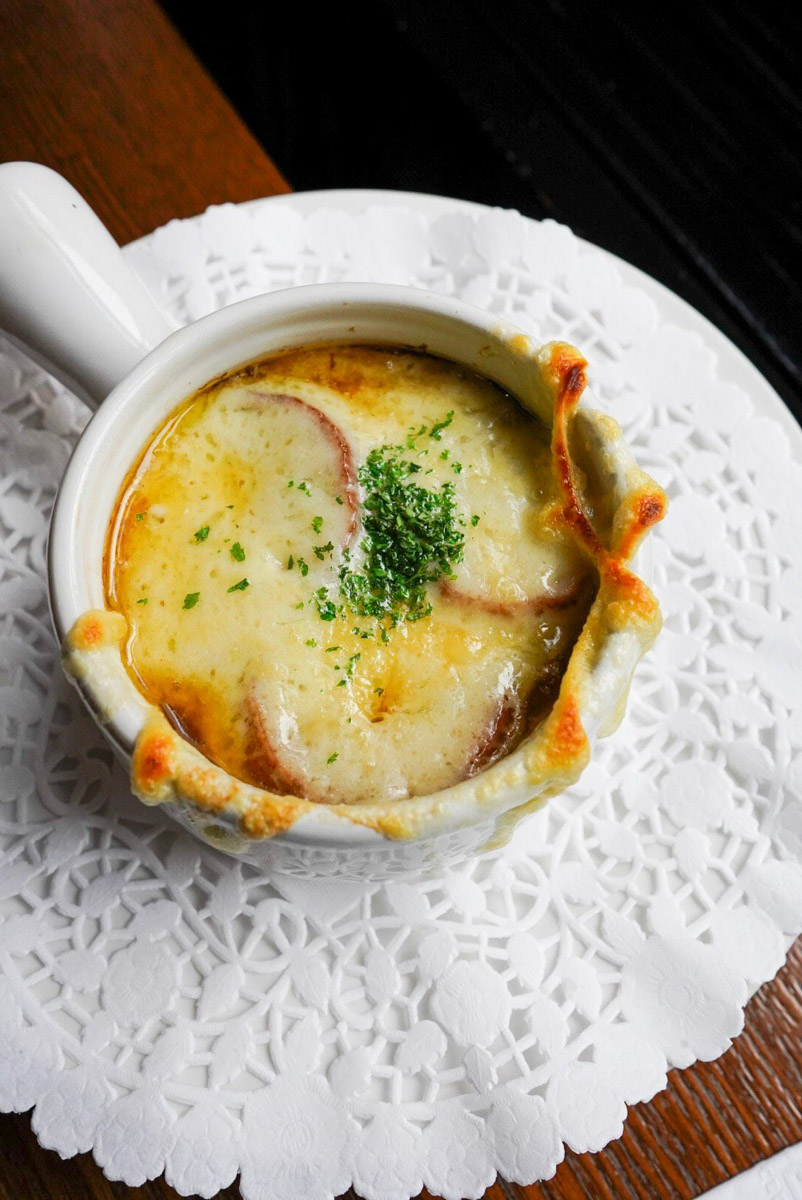 Besides his tenacity, Joinville attributes Jules’ longevity to the timelessness of the room, with its charming tiled floors and sparkling chandeliers. While in the past he’s experimented with the menu, he’s come to accept that diners cherish Jules for its consistency. “You come January 1 to have duck confit, it will be the same December 31,” he says.

For me, dining at Jules is like visiting an old friend. Perhaps I haven’t seen them in some time, but the conversation flows the minute we’re together. Suddenly, I remember everything that drew me in the first place. Whether I dine on French onion soup, roasted rack of lamb with scalloped potatoes, or croque monsieur, I leave comforted.

Chefs and restaurateurs consistently mention Dosankoas one of the most underrated restaurants in the city. Located in historic Japantown, the restaurant is off the beaten path but well worth a visit. Dosanko is especially beloved by Japanese patrons, who frequent it for its yōshoku, a Japanese rendering of homestyle Western cooking. Favourite dishes include an omelette with fried rice and tomato sauce, as well as a homey ground-pork curry with melted cheese and rice. Husband-and-wife team Nathan Lowey, in the kitchen, and Akiyo Tani, at the front of house, welcome diners into a cozy space with rustic decor that matches the unassuming cuisine. 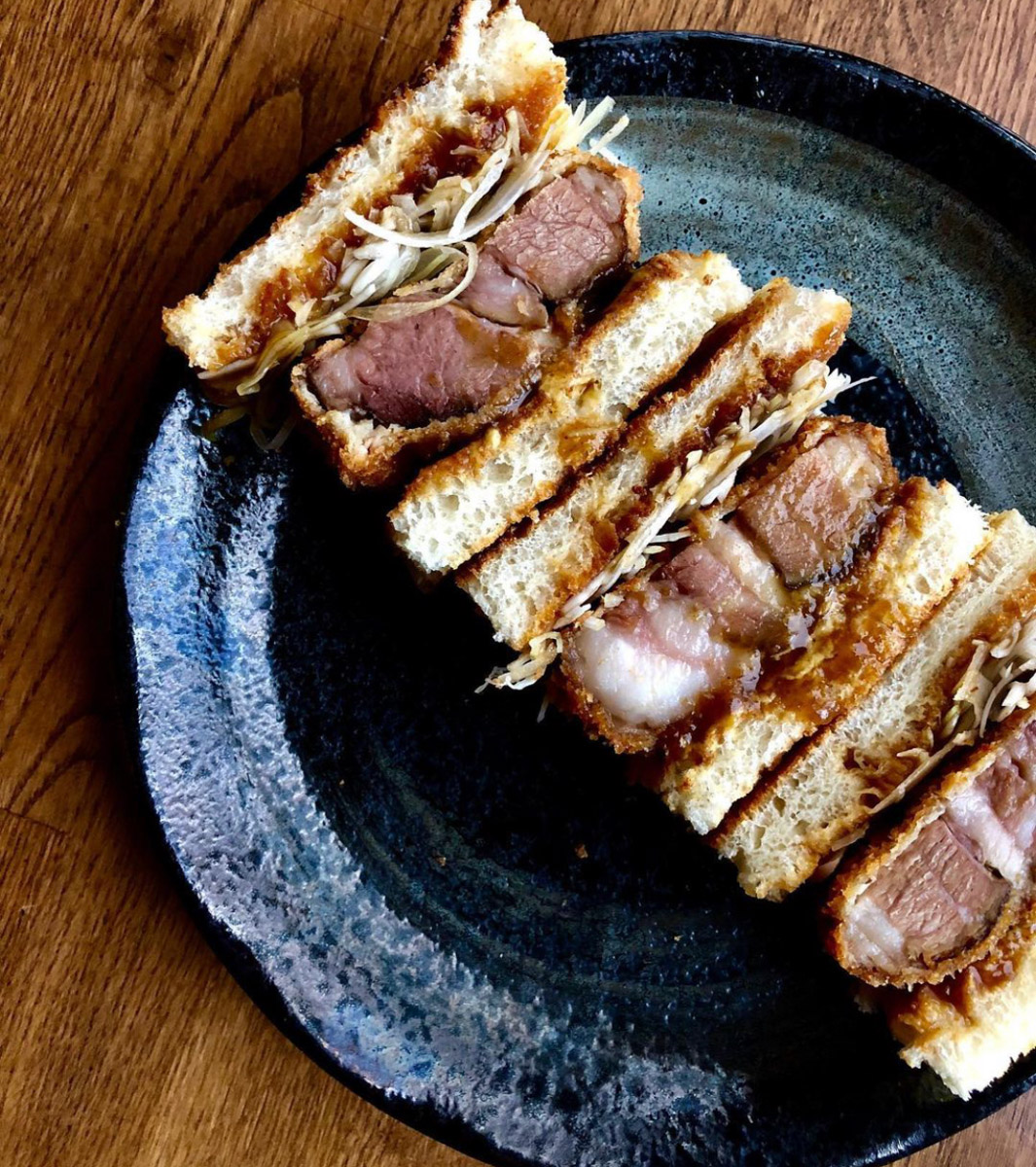 I fondly remember going to Dosanko with a good friend one rainy day when we both felt dispirited. Leaving the dark wet streets, we were buoyed by the warmth of the room and its hospitality. We were famished, and everything on the menu seemed to call to us. I closed my eyes while savouring a mouthful of crispy pork cutlet with tonkatsu sauce, rice, and shredded cabbage. The flavours were simple yet incredibly deep. Dosanko is easy to overlook, but a meal there feels like a warm hug when it’s most needed.

A friend wanted me to go with her to a concert at the Pacific Coliseum. She had invited a guy she was dating, and the nascent relationship wasn’t going well. I was meant to defuse the tension over dinner before the concert so it was crucial I pick the right restaurant. At first, I couldn’t think of anywhere to go nearby that was of note. Then I pictured East Hastings Street and remembered Tamam.

I had dined there in 2012 when the restaurant first opened, raved about it, and had every intention of returning. A Palestinian restaurant, Tamam offers flavours and dishes that overlap with, yet are distinct from, the Lebanese cuisine popularized in the city by the likes of Jamjar and Nuba. Owners Sobhi and chef Tamam Zobaidi serve traditional dishes that use herbs, spices, and fresh ingredients to amp flavours. 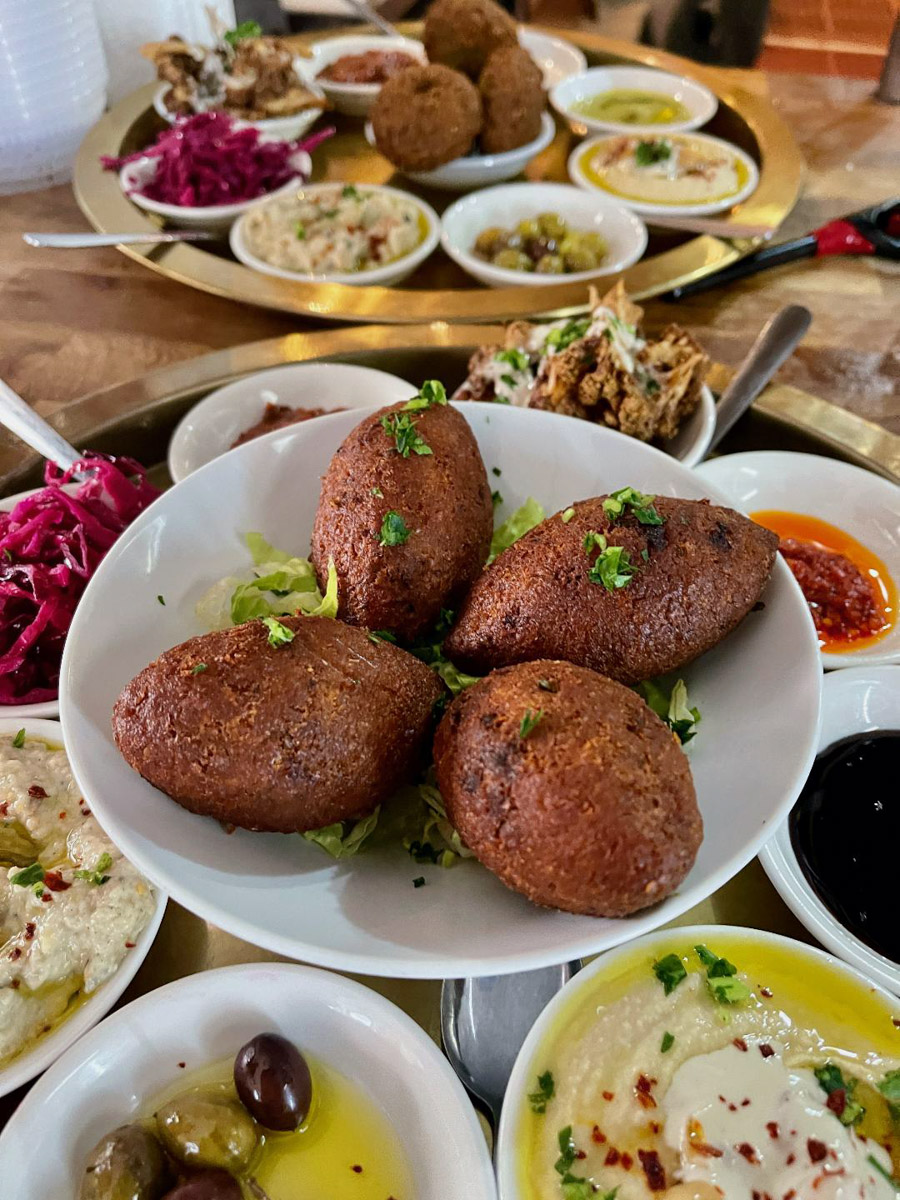 That night, the three of us conferred over the extensive menu and then watched in excitement as platters of vibrantly coloured food arrived on our table. We dished out servings of grilled eggplant salad with tomato, parsley, almonds, and raisins; dipped flatbread in labaneh; and then dug into lamb kebabs with freekeh. Sobhi fell in love with Tamam after eating her eggplant salad, but my friend’s relationship sadly didn’t last.

I have a soft spot for Hội An Café, which serves central Vietnamese specialties, unlike many other Vietnamese restaurants in town. Its interior is spartan, but the restaurant reminds me of a magical trip I took with my sister to Hội An, a coastal city known for its picturesque ancient town and delicious food. Co-owner and chef Hai Le, who comes from Hội An, makes a satisfying bowl of cao lầu, yellow rice noodles with sautéed roast pork and garlic sauce. Crushed peanuts, green onion, and cilantro add further flavour. The dumplings are also a must-order, such as the bánh bột lọc tran, translucent tapioca crescents filled with pork and shrimp. 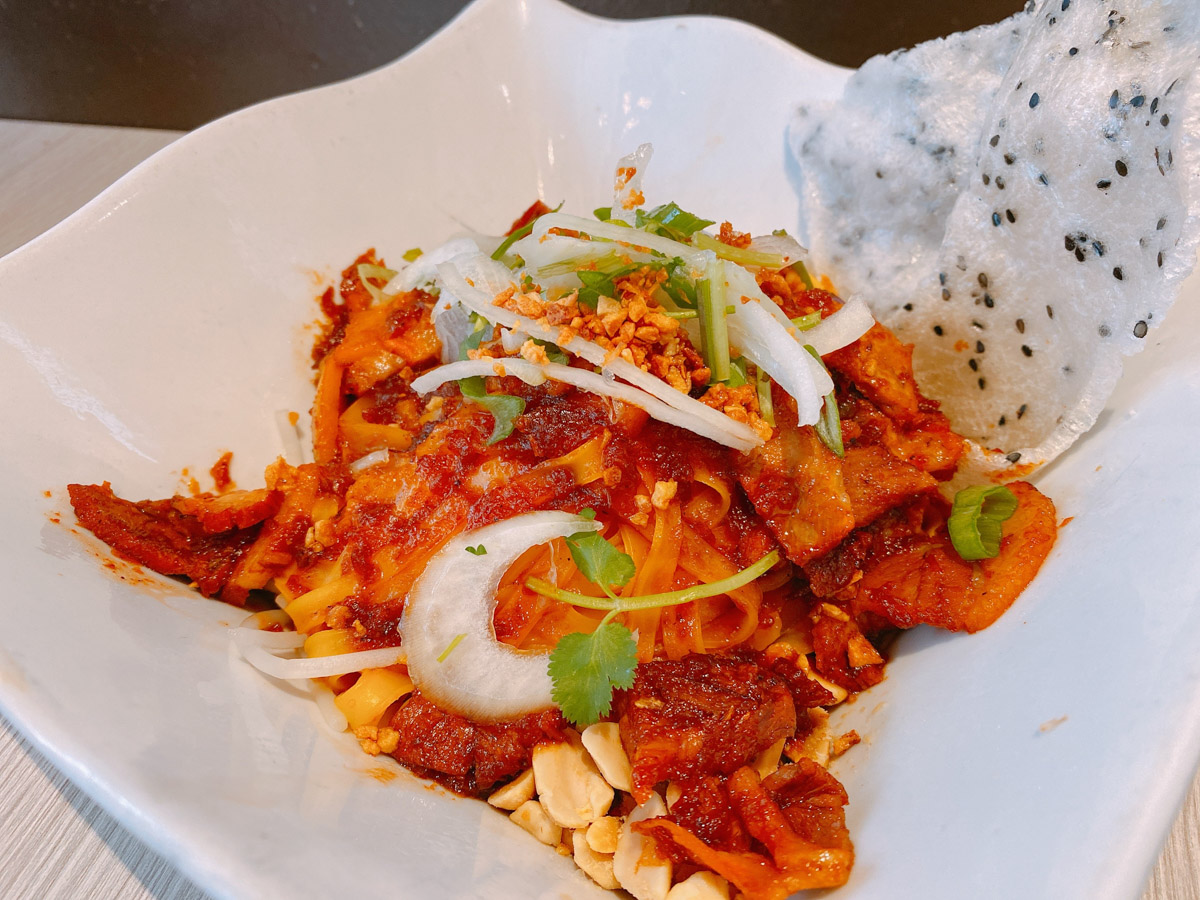 I recently went with my husband on a quiet Sunday night. We hadn’t been for some time, but the restaurant was unchanged. Other couples were enjoying steaming bowls of phở, while a lively group of twentysomethings noshed and chatted. Sitting in Hội An Café and slurping down noodles, all felt right with my world.

That’s what I adore most about dining out: every outing is an adventure, whether it’s to a splashy establishment that just opened or a restaurant I’ve taken for granted. And so as I left Hội An Café, I reflected with gratitude on all the unsung restaurants that produce standout meals day after day, year after year. I won’t be so quick to forget about them from now on.