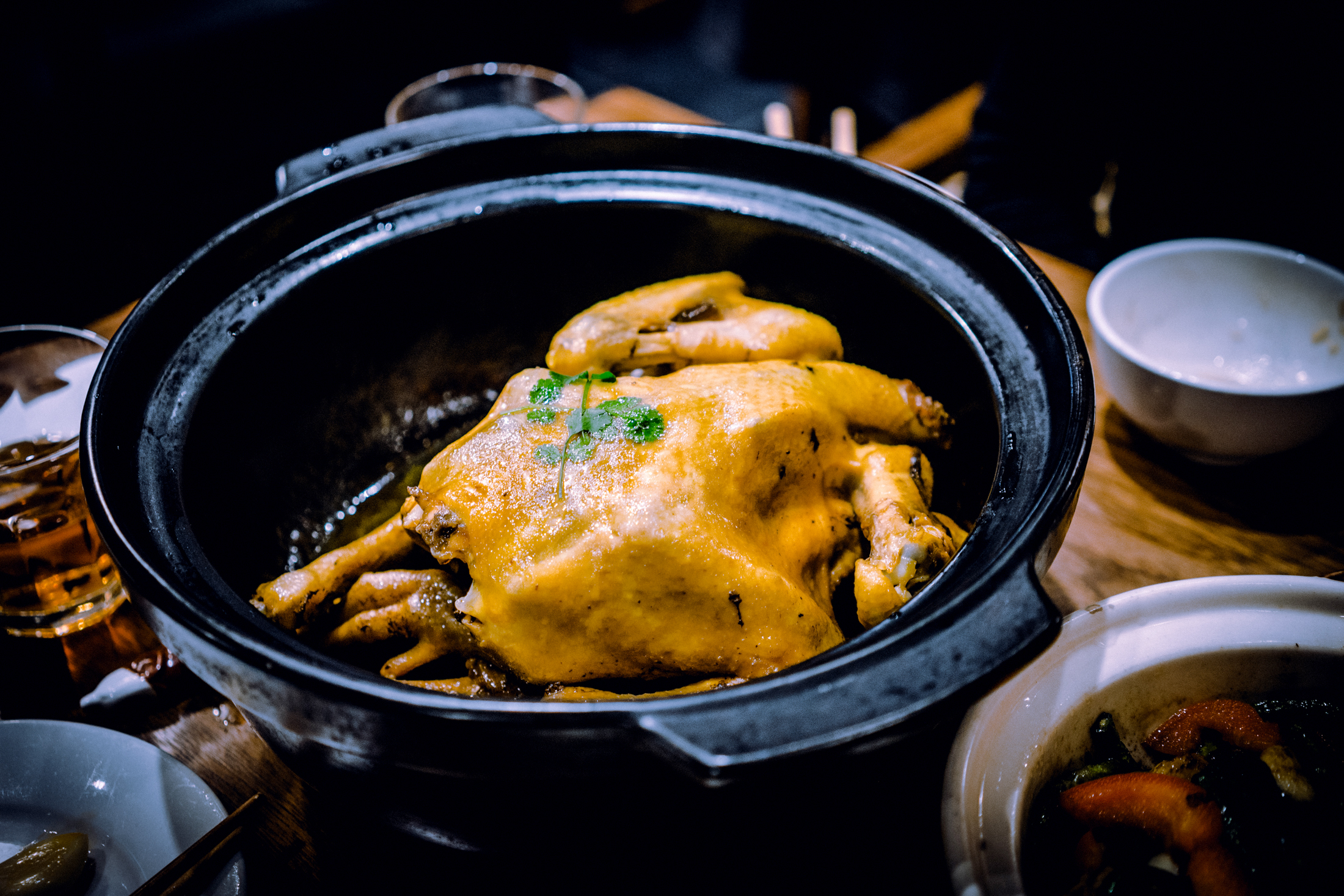 The chicken comes to the table in a simple black earthenware dish, sizzling up a gentle cloud of five-spice and camphor wood. Under the knife it falls apart delicately, juicy and so lightly seasoned as to be almost boastful. The bones of the bird give way to a second layer of smoked, braised pork knuckle with a smooth, chewy earthiness that contrasts with the lightness of the chicken.

This is not what I expected from a Hunan restaurant⁠—not one bit.

To be clear, I love Hunan food. I love the brash, bright flavours, the piles of fragrant red peppers, the overwhelming salty-spicy kick of fermented black beans and pickled chilis, the smoky, friendly, uncomplicated farm cooking.

But Geng Shi Ji, winner of best Hunan restaurant at the 2020 Vancouver Chinese Restaurant Awards, is not that. It’s something new, modern, refined, and thoughtful. This is baby cabbages poached in broth with steamed dried shrimp, and thinly sliced charcuterie with a dust of fine red chili.

After a visit to the restaurant with the Awards’ managing director Rae Kung, I had to call up Geng Shi Ji owner Young Wu and ask the question on my mind⁠: What did I just eat?

“We don’t want to be just a Hunan restaurant,” says Wu. An immigrant from Zhuzhou, Hunan, he started out as manager of Geng Shi Ji’s only Canadian location, in Richmond (the company runs several restaurants in China and boasts over 1,000 employees.) Wu describes Geng Shi Ji as a distinctly Chinese farm-to-table dining concept, drawing more on the opportunities of local food systems than any particular Chinese cuisine, a philosophy he calls “connecting agricultural history to culinary culture.” 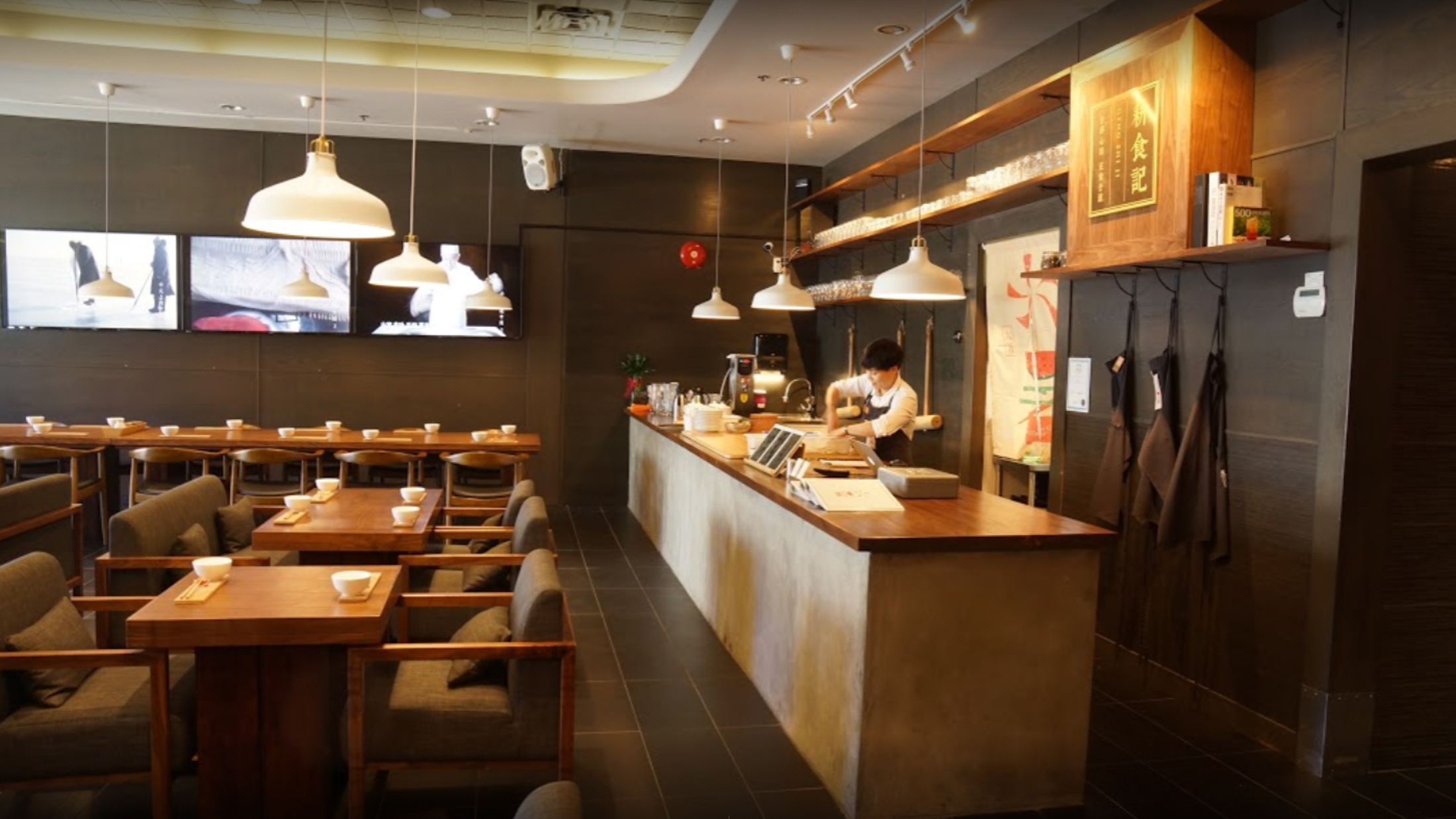 While the Richmond restaurant follows its Chinese cousins in philosophy, its menu is utterly different. The kitchen features chicken from a farm in Surrey⁠—cooked in a Hunan-style clay pot⁠—and Pacific clams served in a spicy tomato broth with rice noodles, an almost unrecognizable West Coast take on a Chinese seafood broth. The restaurant’s head chef, Mochen Guo, keeps a dizzying pace, modifying the menu twice a month in accordance with the 24 seasons of the traditional Chinese solar calendar.

The interior of Geng Shi Ji, as well, speaks of a new approach to Chinese dining. Polished wood cabinetry surrounds the small dining room, made comfortable with futon couches. Plexiglass dividers printed with illustrated Chinese cooking techniques hang so naturally you forget they are COVID-prevention measures. Lacquered shelves by the window display traditional ceramics and tools of the Chinese countryside next to a risqué modern statuette. And, in a touch that seems to define the world of new, urban, casual upscale Chinese restaurants, flat-screen televisions on the wall play a loop of scenes from rural culinary life.

When I ask Kung, of the Chinese Restaurant Awards, what sums up the results of this year’s voting, she answers with one word: “Diversity!” Chinese restaurants in Vancouver can no longer be divided into simple regional cuisines, Northern or Southern, Sichuan or Canton, she explains. New immigrants are bringing their own hyper-local cuisines to Vancouver and catering to more specific, discriminating tastes.

Geng Shi Ji is an exemplar of that new diversity: a dining experience where the question “What kind of Chinese restaurant is it?” has no meaning.