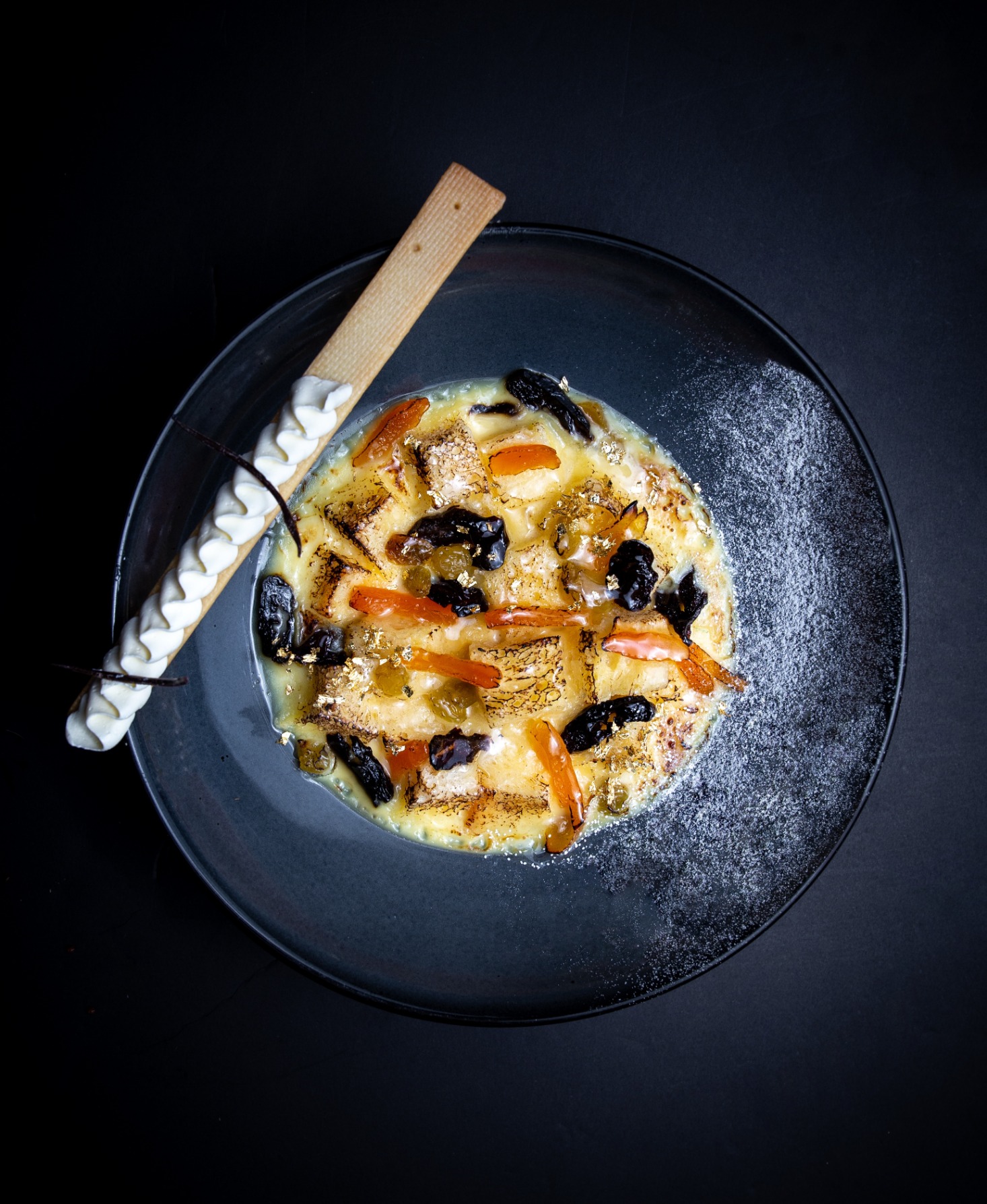 Photo by Leila Kwok/Courtesy of the Four Seasons Hotel Vancouver.

Scrape the vanilla bean and add to the cream.

Boil the cream (with vanilla) and milk together.

Meanwhile take the whole eggs, egg yolk, and sugar in a bowl and mix well.

Slowly add the cream mixture to the eggs mixture by continuously whisking until fully incorporated, and your pudding mixture is ready.

Cut the brioche bread into cubes.

Soak it well with the custard mix, then transfer to desired oven-safe serving bowl.

Arrange the rum raisins, apricots, and prunes on top of the mixture.

Remove water bath and continue baking for another 6 minutes at 400°F to give a charred look on the top.

Insert a knife in the centre of the pudding, and if the knife comes out clean, the pudding is ready.

Cool slightly until bowl is no longer hot, and serve pudding warm with your favourite ice cream.