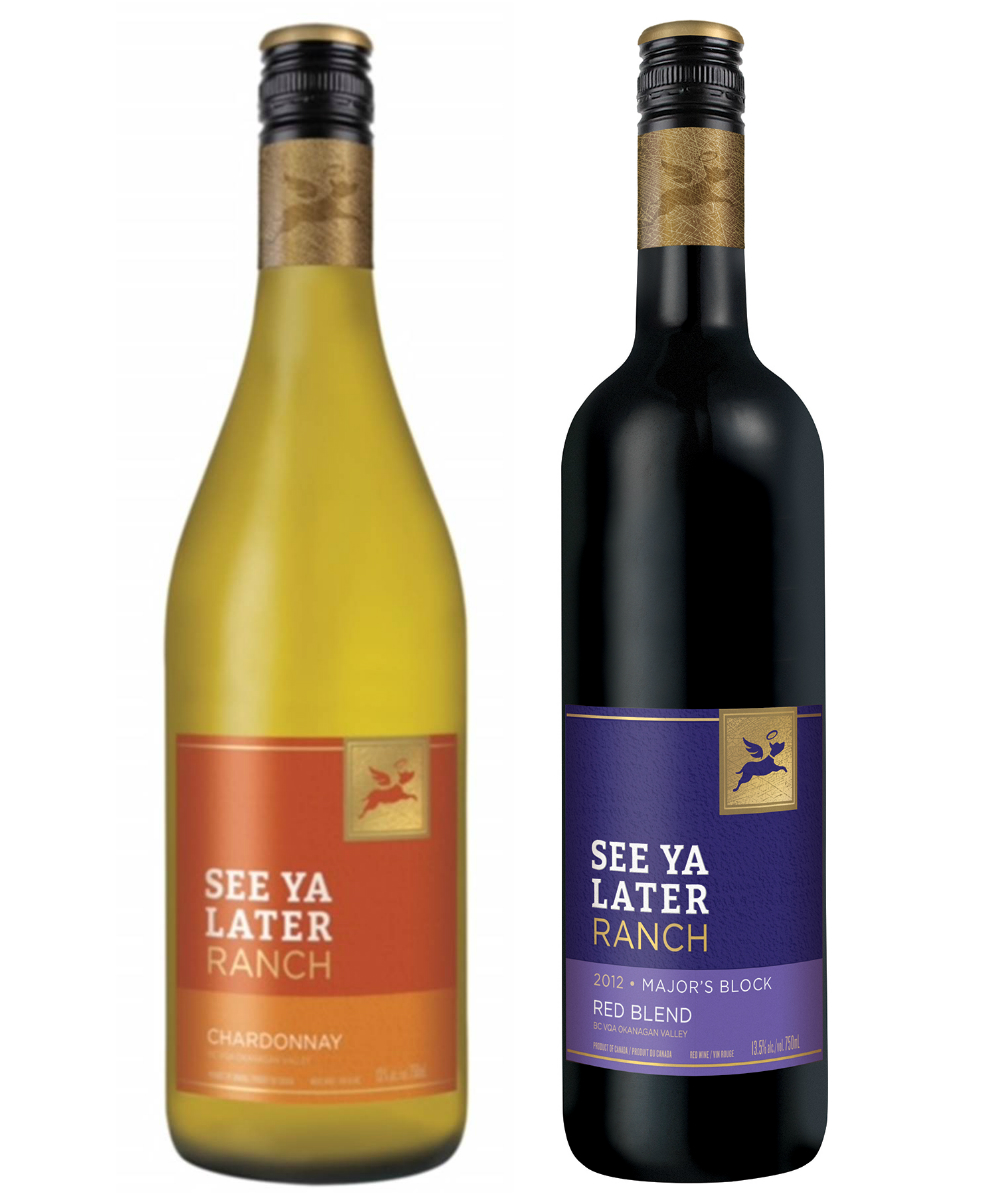 Perched atop Hawthorne Mountain (which was the name of the winery for quite some time) some 2,000 feet above sea level, is See Ya Later Ranch winery. Major Hugh Fraser built the ranch here a long while back, but he was by all accounts a bit quirky, but certainly knew a beautiful location when he saw it.  Winemaker Dave Carson crafts wines that may have playful names (often named after one of the Major’s dogs) such as Ping, and Jimmy My Pal. The house style is one of generous fruit, with plenty of acidity to balance it all, resulting in approachable wines of substance.

The chardonnay, at $15, qualifies as a distinct bargain, with its pear and vanilla notes, and a moderately spicy component that makes it delightful. The Major’s Block, at $21, is also a great buy. It is a somewhat quirky blend of merlot, shiraz, a bit of cabernet sauvignon and some zinfandel. It would be interesting to taste an SYL zin one day, for sure. Major’s Block is bursting with strawberry and mature cherry flavours, and a floral touch on the nose. Some complex notes on the full palate, of orange rind, blueberries, and a good strong finish. It tastes so good you will be in danger of quaffing one bottle per period of the evening’s hockey game.