Before exploring how to sell British Columbia wine to the United Kingdom, we might first ask: why bother? After all, local producers keep saying they don’t have enough to service the home market, so why should they go to the effort and expense of exporting?

Answer: It’s essential to have a global reputation if you want to be taken seriously and, in the ultra-competitive international wine market, there is no more critical beachhead than London—and, by extension, the rest of the U.K.

The outcome of Brexit aside, London remains at the centre of the wine world. With a large concentration of skilled trade, who regularly consume—both literally and figuratively—the broadest selection of wines on the planet, the city’s opinion counts. It also doesn’t hurt to have Jancis Robinson (who is at the top of her game and the number one wine writer in the world) living in London, along with an impressive number of talented writers and tasters, many of whom flocked to several Canadian tastings held in the city earlier this year.

It was a two-pronged attack by the Okanagan Wine Initiative on one side and Global Affairs Canada and the High Commission of Canada in the United Kingdom on the other. The former is a small group of Okanagan producers who are working together (yes, working together) to sell Canadian/B.C./Okanagan wine surgically and strategically around Greater London. They were in the capital to support a breakthrough buy that will see some 25 B.C. wines sold at the prestigious wine shop inside Selfridges’ flagship Oxford Street department store.

According to Okanagan Crush Pad co-owner Chris Coletta, “It starts with having a distributor and wine on the ground because, without that, you are going nowhere.” From there, you can begin to work the retail wine buyers or restaurant buyers one-on-one at trade tastings or by visiting them in their restaurants. Having a distributor makes all the difference, because in the end buyers only have two questions: How much is it, and where can I buy it? 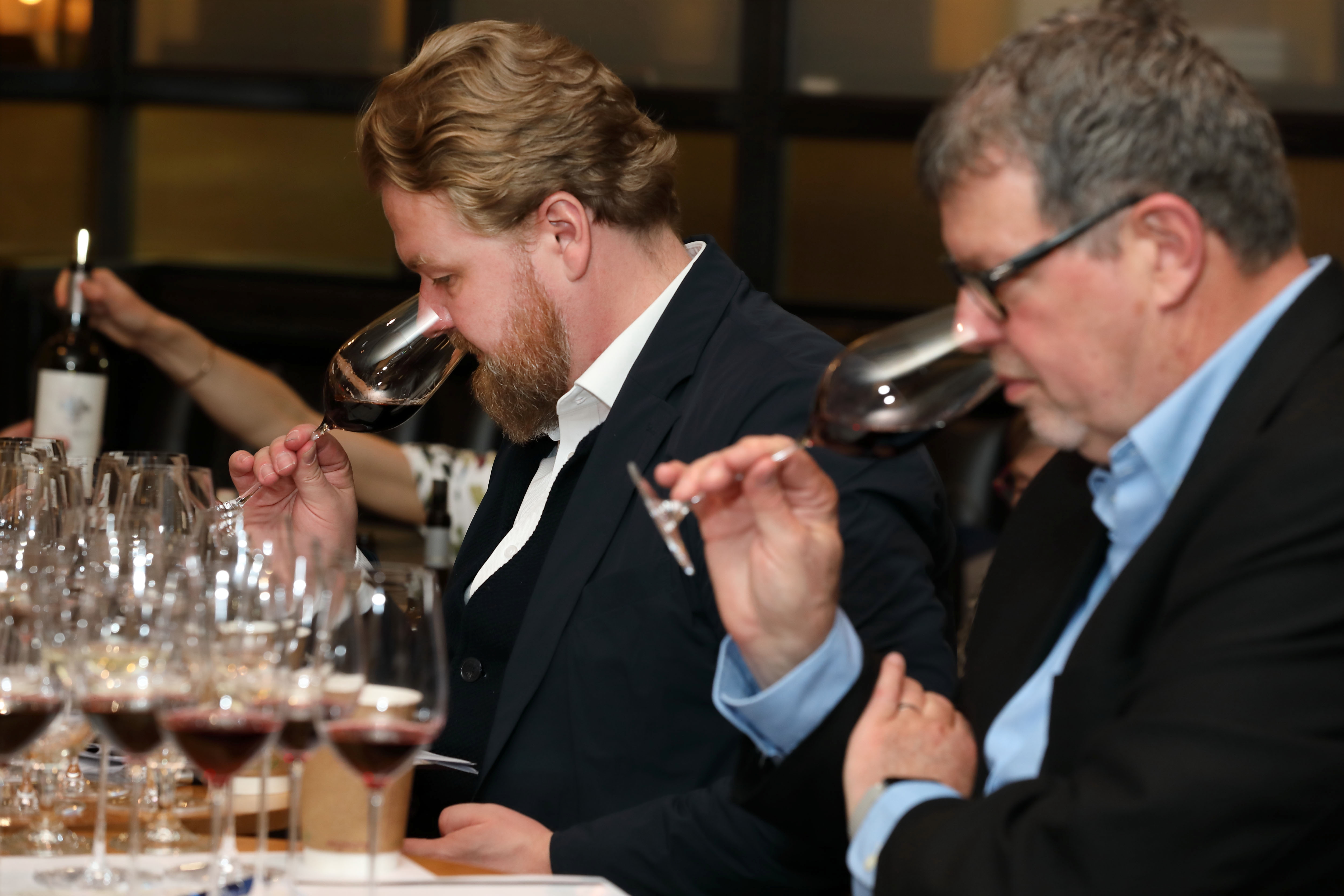 For Harold Thiel, vigneron/owner at Hidden Bench on the Niagara Peninsula (and part of the Ontario contingent that travelled to London), the search for the right distributor has been slow: “We need a consistent presence in restaurants, even before retail, but it’s hard to get a distributor.” It’s all about price, he adds. “We are often considered expensive.” Norman Hardie of Prince Edward County pours his namesake wine in London because, “It’s an important hub, and if you want to be a global player, you have to play with the big boys. We didn’t have an agent for three years,” he notes. “But now we have one, and it makes a difference—we sell enough wine now to merit coming here, but it took time.”

For Darryl Brooker, president of Mission Hill Family Estate, it’s all about supporting the brand and making sure it’s listed in restaurants and available in select retail. Interestingly, he suggests that we shouldn’t be afraid to send our best to London, because in the end it’s not a question of cost, it’s a question of quality. Nowhere was this more evident than at Taste Canada in May, an annual event held at Canada House on the edge of Trafalgar Square, organized by Global Affairs Canada and the High Commission of Canada in the United Kingdom.

Representatives of 40 Canadian wineries attended, from Ontario, Nova Scotia, and B.C., and over 400 trade types from London. The event appeared to be a handy anchor for setting up shop, connecting with local players, organizing meetings, and knocking on doors—but wineries shouldn’t expect to become an overnight sensation. Persistence and regularly returning to the market are a must. A British distributor attending the event may have said it best: “As long as Canadian wine maintains its individuality, then it will be well received.”

Read more on food and wine.