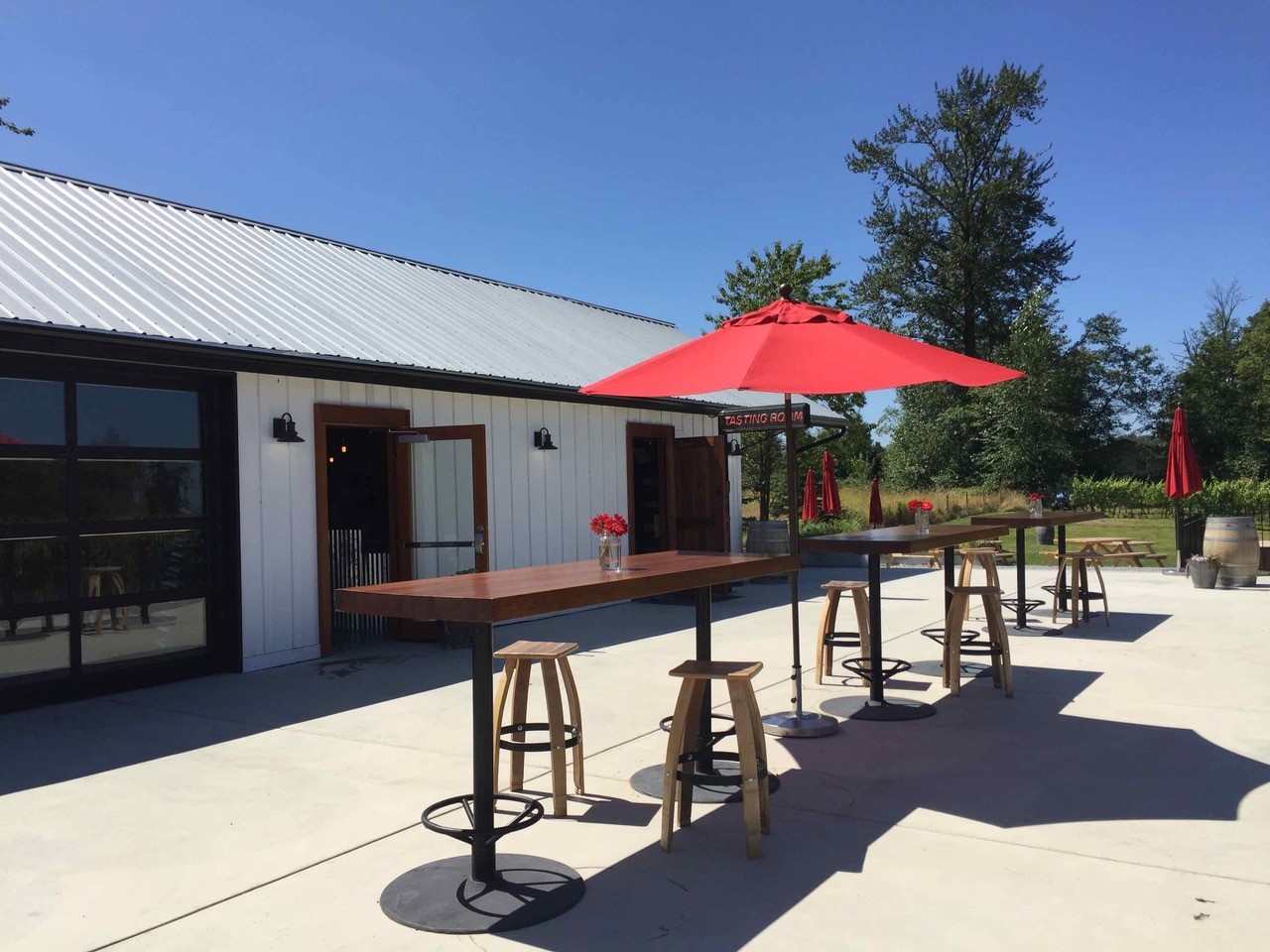 Savvy producers know that in order to remain relevant, they must continue moving forward by keeping up with trends and engaging with the community. One such project that is gaining momentum is Township 7 Vineyards & Winery. There have been significant developments since Gwen and Corey Coleman established the business in Langley in 2000. The original site, in the seventh township of Langley, was planted with chardonnay and pinot noir—two varieties compatible with cool climate viticulture. Just three years later, the Colemans expanded to the Naramata Bench outside of Penticton and built a second winemaking facility there.

In 2006, both estates were sold to Vancouver-born Mike Raffan and his associate John Tietzen. Raffan, who had spent his career in restaurants, was confident the transition would be harmonious; but as he learned, expansion takes a lot of capital—especially when doubling production from 3,500 to 7,000 cases per year. So he went in search of a buyer who could help fund his vision. In 2014, Township 7 was sold to China-based Ge Song (the same year Ontario winemaker Mary McDermott was hired on). During lunch at Ancora Waterfront Dining in Vancouver, Raffan explains the reason for the sale: “The new ownership from Beijing ensured we had money for the expansion—something I wanted, but without the sale, likely couldn’t have achieved.” Raffan and his wife Lori Pike-Raffan (who is in charge of the winery’s public relations) stayed on board in their respective roles. And in addition to upgrades at the Langley and Naramata estates, Song provided the finances needed for Township 7’s recent acquisition of the Blue Terrace Vineyard on the northern end of Oliver’s Black Sage Bench.

While grapes for Township 7’s cabernet sauvignon, NBO (a blend of cabernet and merlot), plus its merlots and sauvignon blancs (there are two of each), had been purchased in part from this site for nearly two decades, the team now has the benefit of controlling the vineyard.

Township 7 produces more than 20 wines, though, and some are still made with purchased grapes: a tangy riesling from the Fool’s Gold Vineyard in Oliver; a voluptuous viognier from the Romar Vineyard in Osoyoos; a plush and fruit-forward cabernet franc (made very much in McDermott’s signature red style) from the estate Rock Pocket Vineyard in Oliver.

McDermott also has considerable experience with sparkling wine production, which is a boon for the development of Township 7’s bubbly program. Three Traditional Method sparkling wines are in the works and all will fall under the heading Seven Stars, which is also the name of the only bubbly Township 7 currently sells. In the future, Seven Stars will include Seven Stars Equinox, a blanc de noir rosé made from pinot noir, and Seven Stars Polaris, a blanc de blanc made entirely with chardonnay. The third, created from a classic Champagne blend of pinot noir and chardonnay, is spending two additional years aging in cellar and has yet to be named for its 2020 release. If these new vintages are anything like their predecessor—which boasts complexity, expressive golden fruit, and a fine bead—they’ll be a huge success.

McDermott says her decision to move to B.C. and take on the winemaking role at such a crucial time in Township 7’s history was easy. “It seemed like a great fit as there were many changes to be made,” she explains. “I believe we are on our way to achieving the goals we set out before us.” Certainly, with the team currently in place, Township 7’s trajectory is celestial.

Discover your next favourite winery.