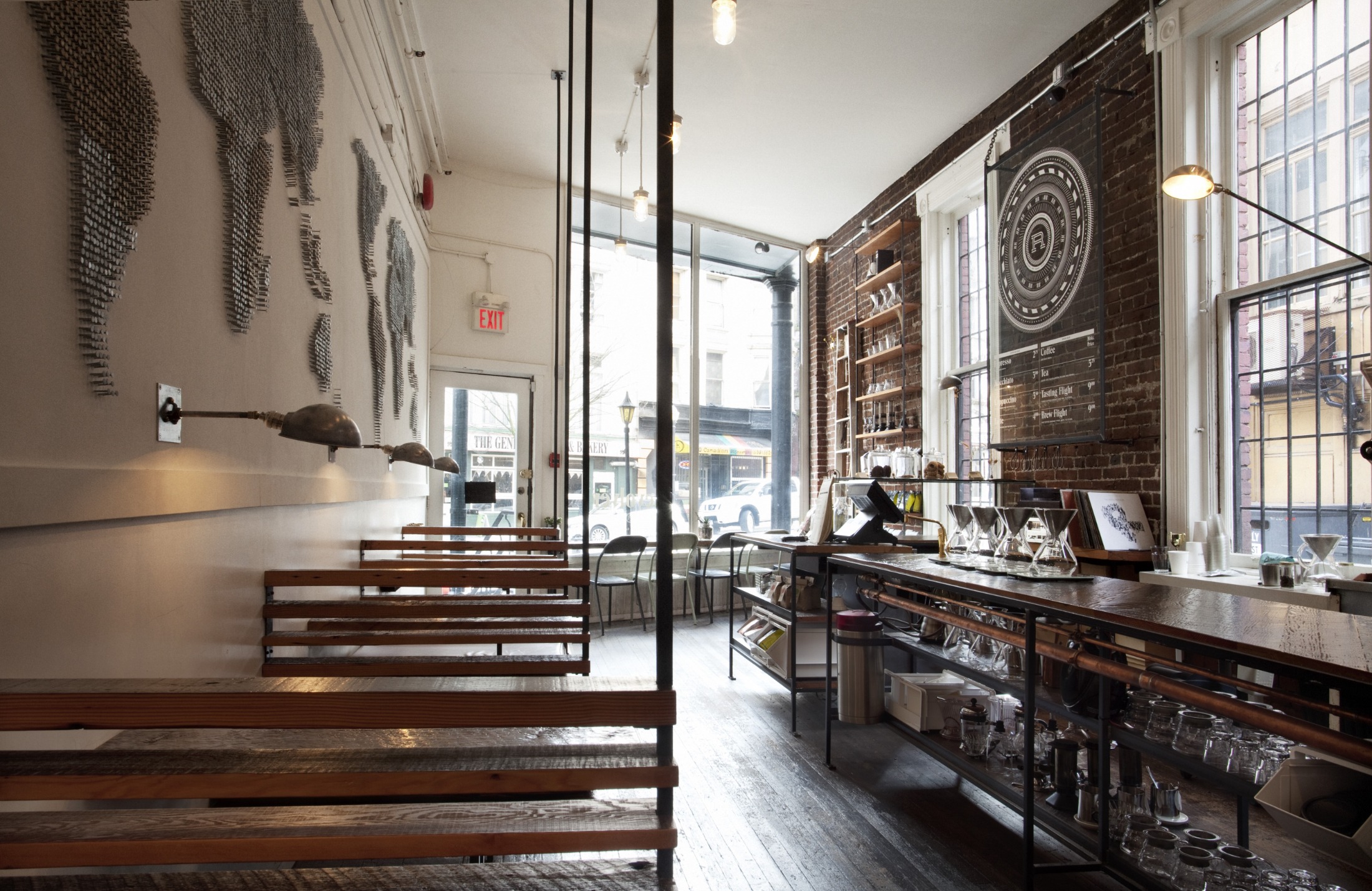 It strikes me the moment I settle into a booth at Revolver: the other patrons are actually talking to each other. Unlike most coffee shops these days, where everyone is focused on their phones or their laptops, in the friendly ambience of this sophisticated Gastown coffee shop, people are engaging—with each other, with staff, with the scene around them.

No surprise that Revolver was recently named one of the best cafés in the world by Café Culture: For Lovers of Coffee and Good Design. In a book that ranks coffee houses by their bean source, quality, craftsmanship, and shop design, Revolver is the only Vancouver shop—and one of only two cafés in Canada—to make the list. 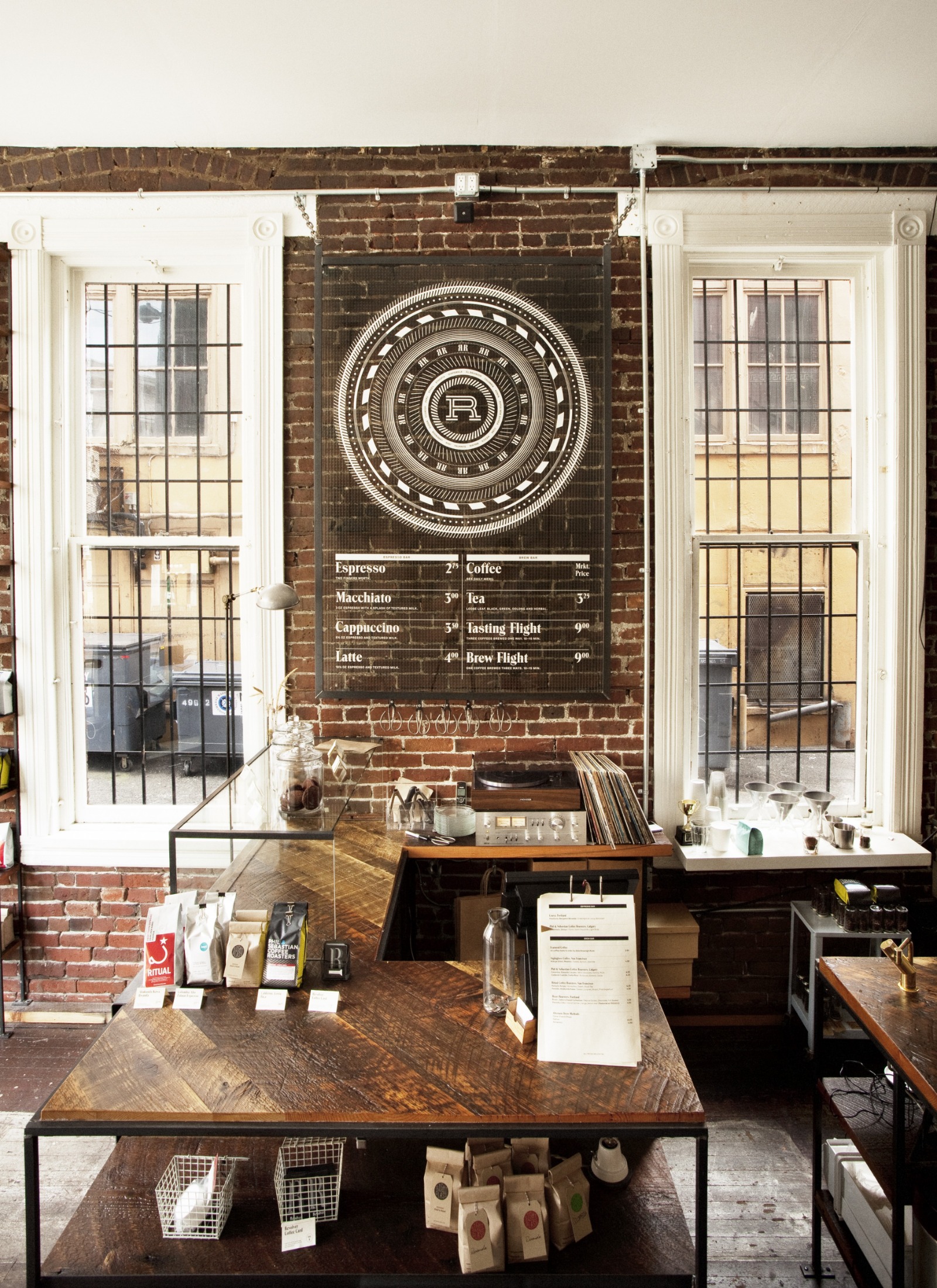 Here, the coffee bar runs the length of the café’s narrow yet polished space, its barista dancing behind the counter as he carefully crafts my latte, taking the extra time to chat with every customer.

Robert Schneider, the author of Café Culture, knows the importance of a coffee shop’s good design. For him, the world’s best cafés stand out not only for the quality of their coffee and bean sources, but for the look and feel of their space, as well.

With its high ceilings, paned windows and aged wood floors, Revolver maintains the integrity of the older building in which it’s housed. “I like the fact that the bar is relatively long, low in height, and level, thereby making it inviting and welcoming, open and transparent,” he adds. “It’s a nice fit with the interior bones of the building.” 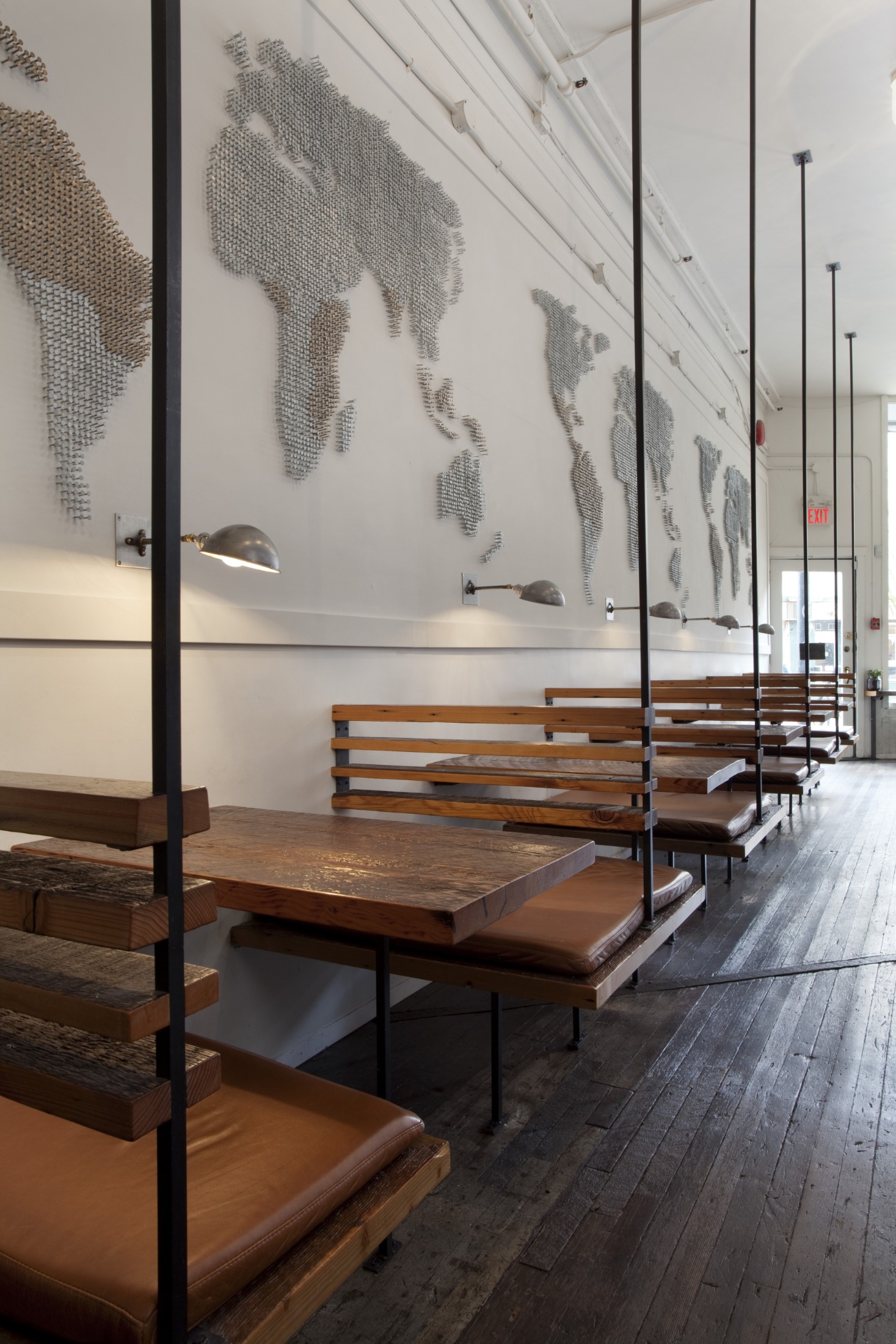 For Schneider, Revolver’s design—by Ste. Marie, the studio behind such Vancouver restaurants as Botanist and Como Taperia—is best described as “authentic with integrity.”

“It comes across as warm, comforting, and relaxing,” he says, “and certainly the design has endured.”

George Giannakos, Revolver’s co-founder, says the coffee bar was intentionally conceptualized with less depth to bring customers closer to the coffee-making process. “You get to be as much a part of the experience as you can be without making the coffee yourself.”

The baristas, he notes, make everything by the cup utilizing beans from around the world.

It’s all a bit of a revelation. Normally, I would choose a coffee shop based on its free wifi. But there’s no denying Revolver’s enticing aesthetics and craftsmanship, or the ways in which they just combined to enhance my latte experience.