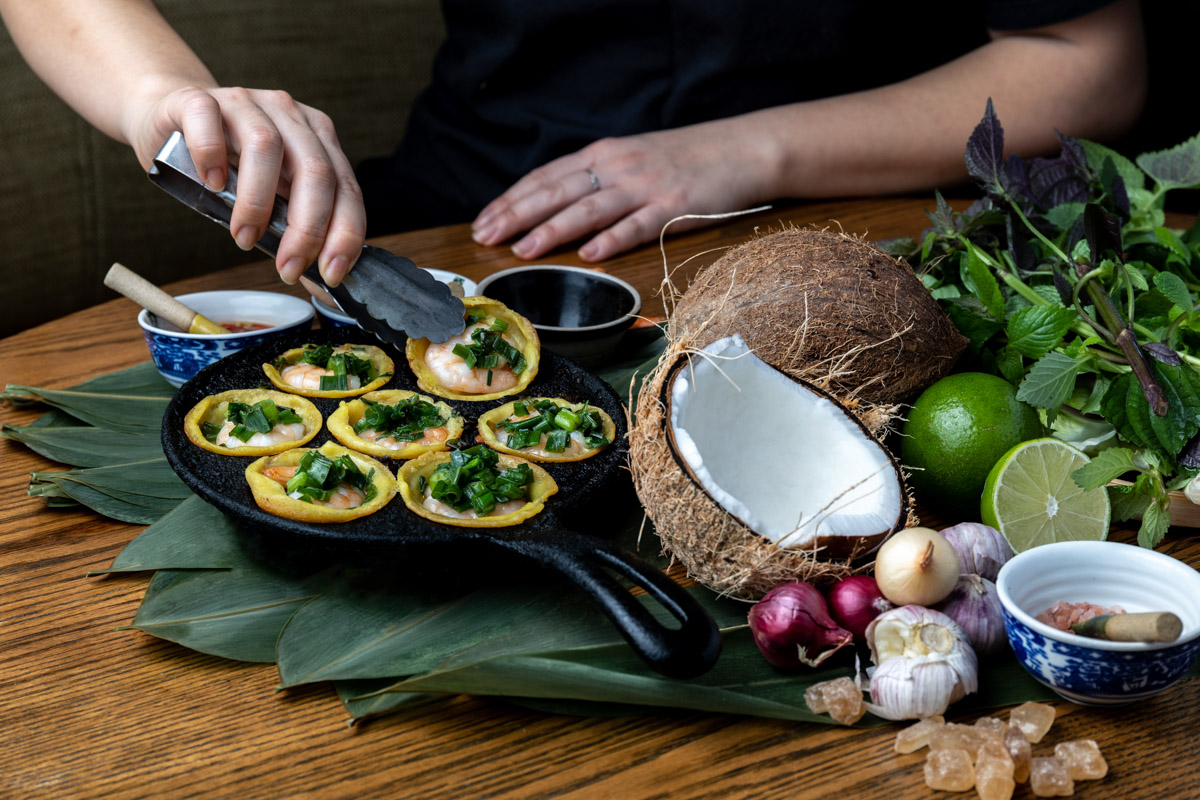 Before social media, I kept a diary about restaurants I had recently visited and ones I wanted to visit. Each January, I envisioned how I would eat for the year, pasting in clippings from magazines of food trends that caught my eye and jotting down notes and speculations.

What I predicted often came true, as when izakayas populated Vancouver in the 2000s; other times, a lesser-known ingredient I was excited about failed to materialize on restaurant plates. But mostly my scribblings instilled optimism for 365 days rooted in my favourite things: pleasurable eating and drinking surrounded by family and friends in beautiful space .

My diary is long gone, but I recently spoke with fellow foodies, brainstorming new dishes we wanted to try and restaurants we hoped would open. I also chatted with chefs, restaurateurs, and a bartender who all inspired me with their buoyancy and creativity. Here are the trends that emerged from our conversations. 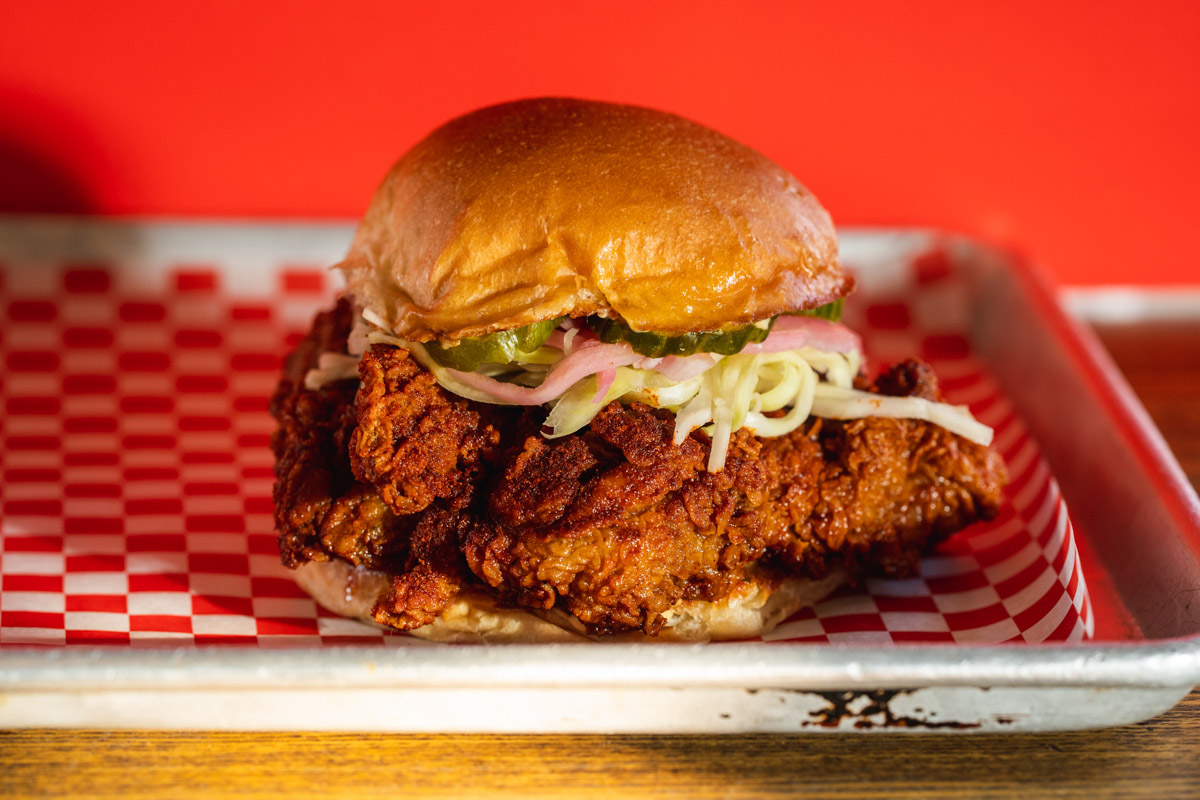 Comfort Food Is Here to Stay

In 2021, the number of fried chicken joints exploded in the city, with a second location of the Downlow Chicken Shack at UBC, as well as Le Coq Frit, NeNe Chicken, and Munchicken. Richard Wolak, founder of Vancouver Foodster, sees the fried chicken craze continuing because the food is filling, inexpensive, and convenient for takeout. “I think there’s going to be this continuation of comfort food favourites, maybe a refinement perhaps, but people still want that favourite food they can hold onto while moping about everything else going on in the world,” he says. He also lists curries and stews as popular comfort fare that will soothe diners’ palates and spirits in 2022.

Mijune Pak, a judge on Top Chef Canada, ate at over 700 restaurants last year, including in Los Angeles. She says many of the food trends from California migrate north and predicts yuzu ramen will be the next big take on a beloved comfort dish. “It’s so fitting for the West Coast because we do like lighter fare, and yuzu has that lemony flavour that gives balance,” she says. For example, Afuri Ramen and Dumpling, a chain founded in Kanagawa, Japan, will be serving its signature yuzu shio ramen at its upcoming second location on Main Street. 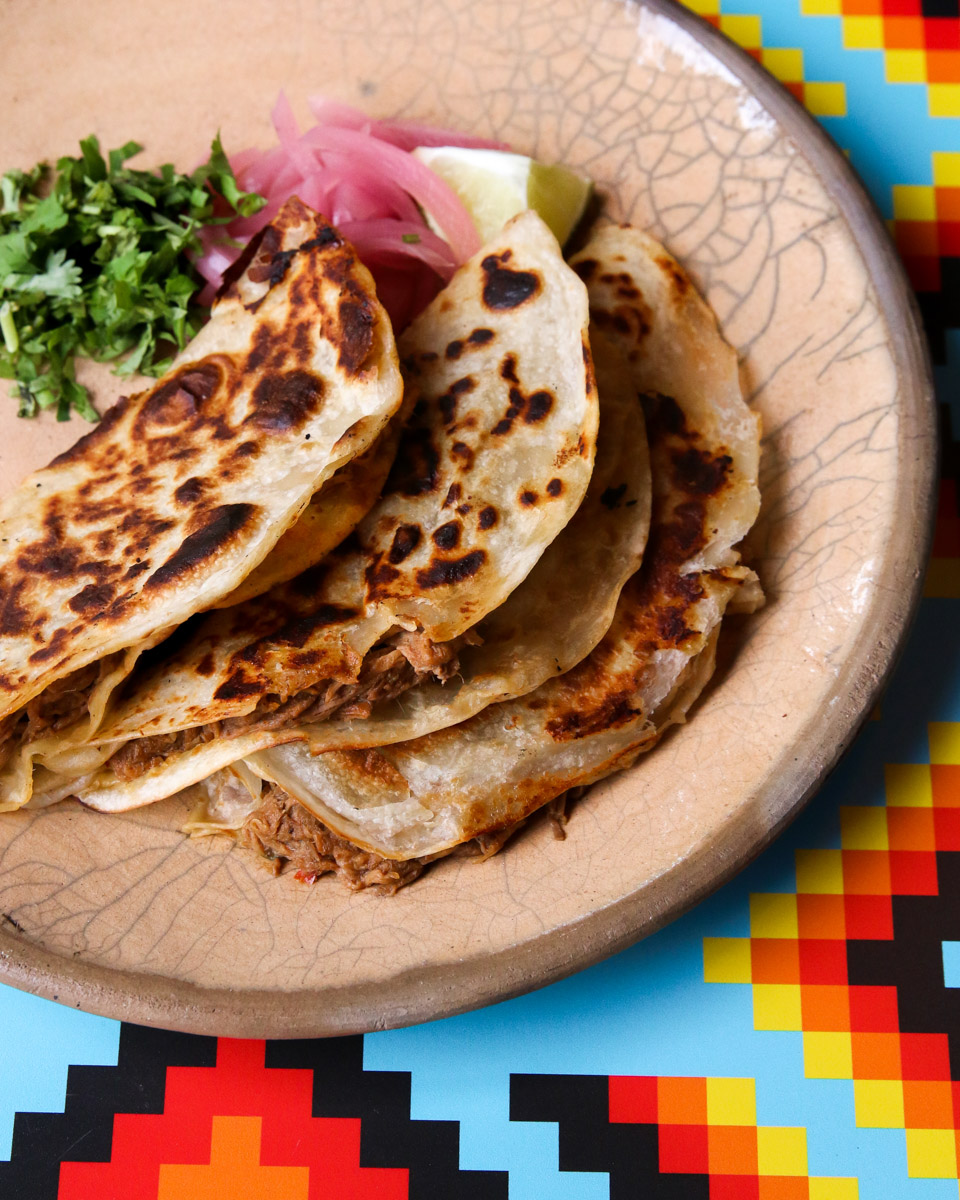 This city has become well known for its vibrant East and Southeast Asian food scenes, frequently borrowing culinary innovations from across the Pacific. Pak thinks dry-aged fish, popularized by Japanese sushi chefs, will take off here. “Dry-aging fish is not necessarily better, but it’s a different style achieving a different flavour and texture,” she says. Meanwhile, Amélie Thuy Nguyen, co-owner of Anh and Chi, anticipates more native Vietnamese ingredients and cooking practices showing up at her restaurant.

The consensus is that Latin American food will be huge. Ernesto Gomez, executive chef and co-owner of Alimentaria Mexicana, says, “Mexican food has been the highest-trending food on the planet, and I think it will continue to be so. While it’s been very popular, I think it’s just the tip of the iceberg as far as the diversity of it, and people are realizing it.”

For example, Pak says, birria tacos will appear frequently on menus. In Mexico, the tacos are traditionally filled with rich stewed goat, but in Vancouver they’re often served with a more familiar protein such as beef. In L.A., Pak saw experimentation with ceviche, such as the Peruvian style, which she thinks will appear here as the weather warms, making use of Vancouver’s fresh seafood. And finally, she hopes 2022 will bring Brazilian fare with more nuance. “So far, everything is still about all-you-can-eat carved meat off a stick, so I think there’s so much room for that food in Vancouver,” she says. 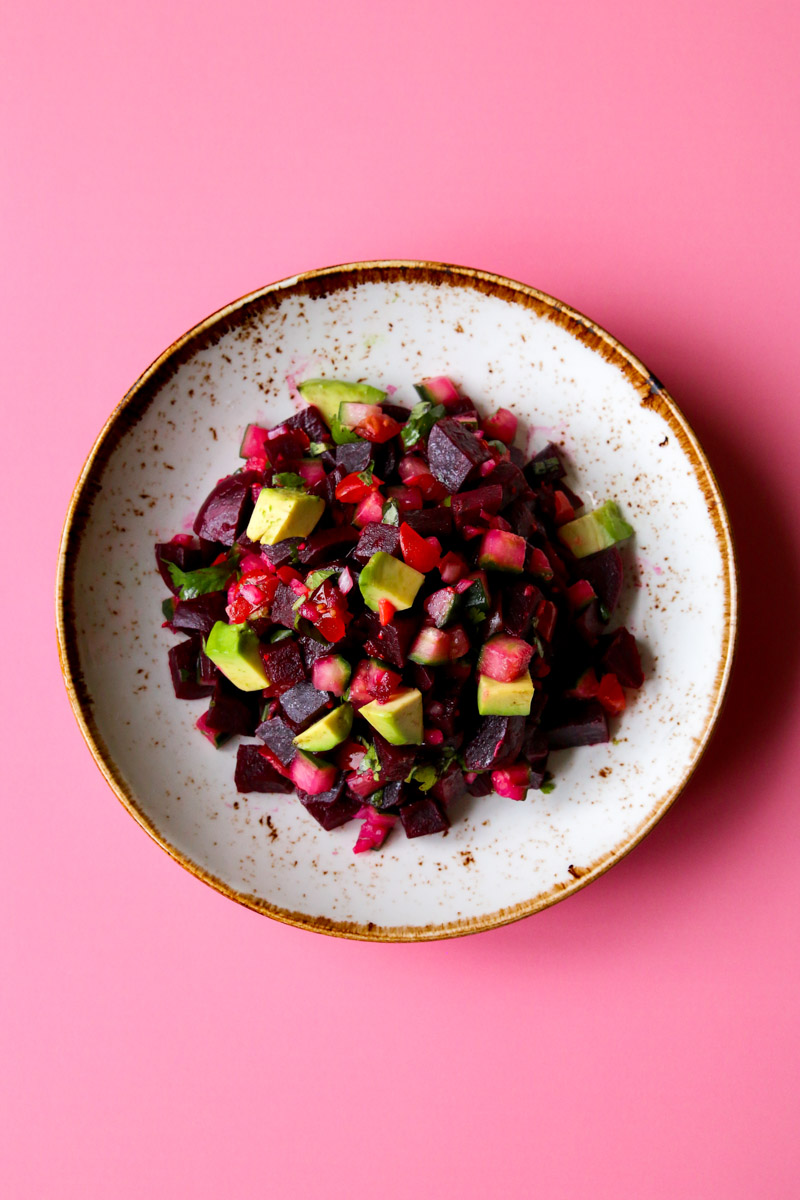 “One thing we’ve been doing is being less reliant on meat. I think that’s a trend straight across the industry, which is in step with the dining public,” says Wesley Young, executive chef at PiDGiN Restaurant. He says that while in the past menus only listed one or two token vegetarian options, increasingly there are four or five thoughtful plant-based dishes. Young notes more and more vegan restaurants opening up across the city.

And while local has been a buzzword for some time, Gomez believes traceability beyond just kale at a farmers market will enter consumers’ consciousness. “All the foods that are coming from all over the planet⁠—who’s growing them and under what conditions? We are going to make a revolution in food. The more that we, the people, demand higher-quality foods that are grown in a responsible way, the more this is going to have a huge positive impact on how ecosystems are protected,” he says.

Wolak cites the new app TooGoodToGo, which sells leftover food at a discounted price, as part of a growing zero-waste movement. He predicts more restaurants will take advantage of this opportunity to earn extra cash while decreasing food waste. 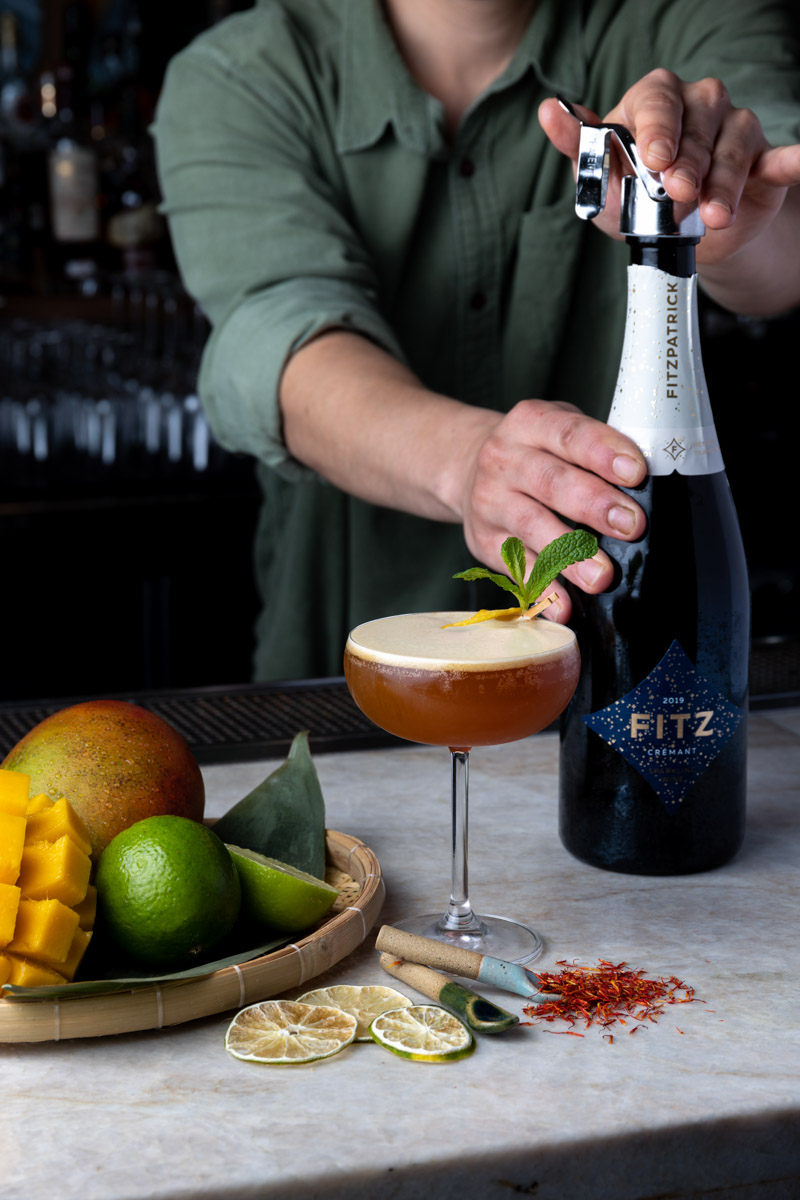 Vancouverites will also reevaluate their drink options. Wolak says people will gravitate to zero-proof spirits, like Lumette!, a gin from Sooke’s Sheringham Distillery, and virgin cocktails on drink menus. Jared Schmidt, bar manager at Anh and Chi, predicts increased interest in natural wines, as well as a continuing boom in local breweries and distilleries. 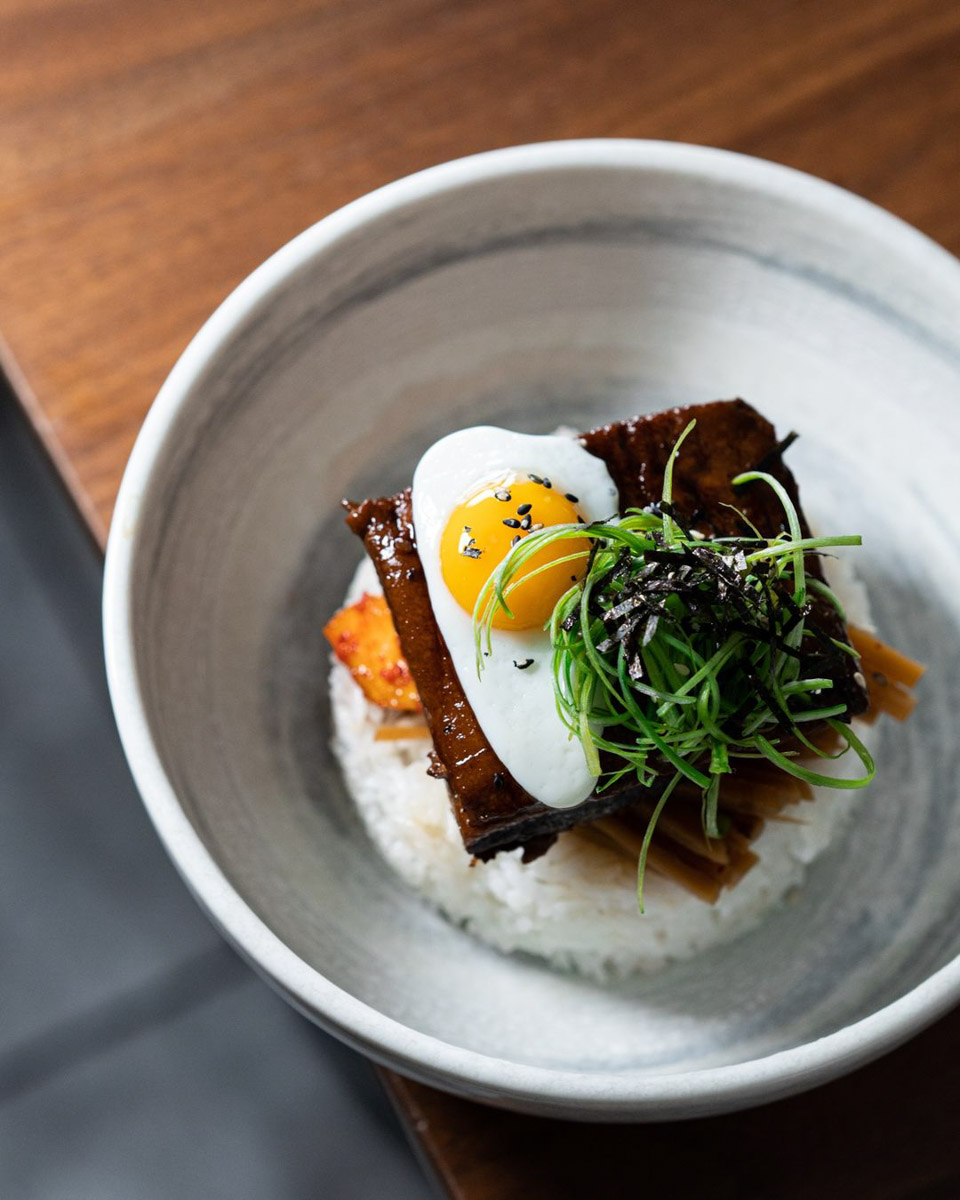 Ultimately, local restaurants will forge ahead and continue to adjust to the obstacles that come their way. Wolak says to expect more creative takeout options, an abundance of patio dining when the weather improves, and prices that reflect rising food costs.

According to Young, chefs will need to be resilient and nimble, especially with fewer diners and more disruptions to the supply chain. The recent flooding proved he has to be cautious with the ingredients he uses. “Things are going to get back to being more basic, less flamboyance.That seems to be the feel right now,” he says. On the other hand, he remains hopeful many diners will still enjoy a lovely evening out, especially after two years of restrained living.

Whatever happens, Young will continue to make delicious meals for people yearning for a taste of his craft. Together, these food lovers and industry experts dream about revelatory dishes and new dining experiences in the year to come.