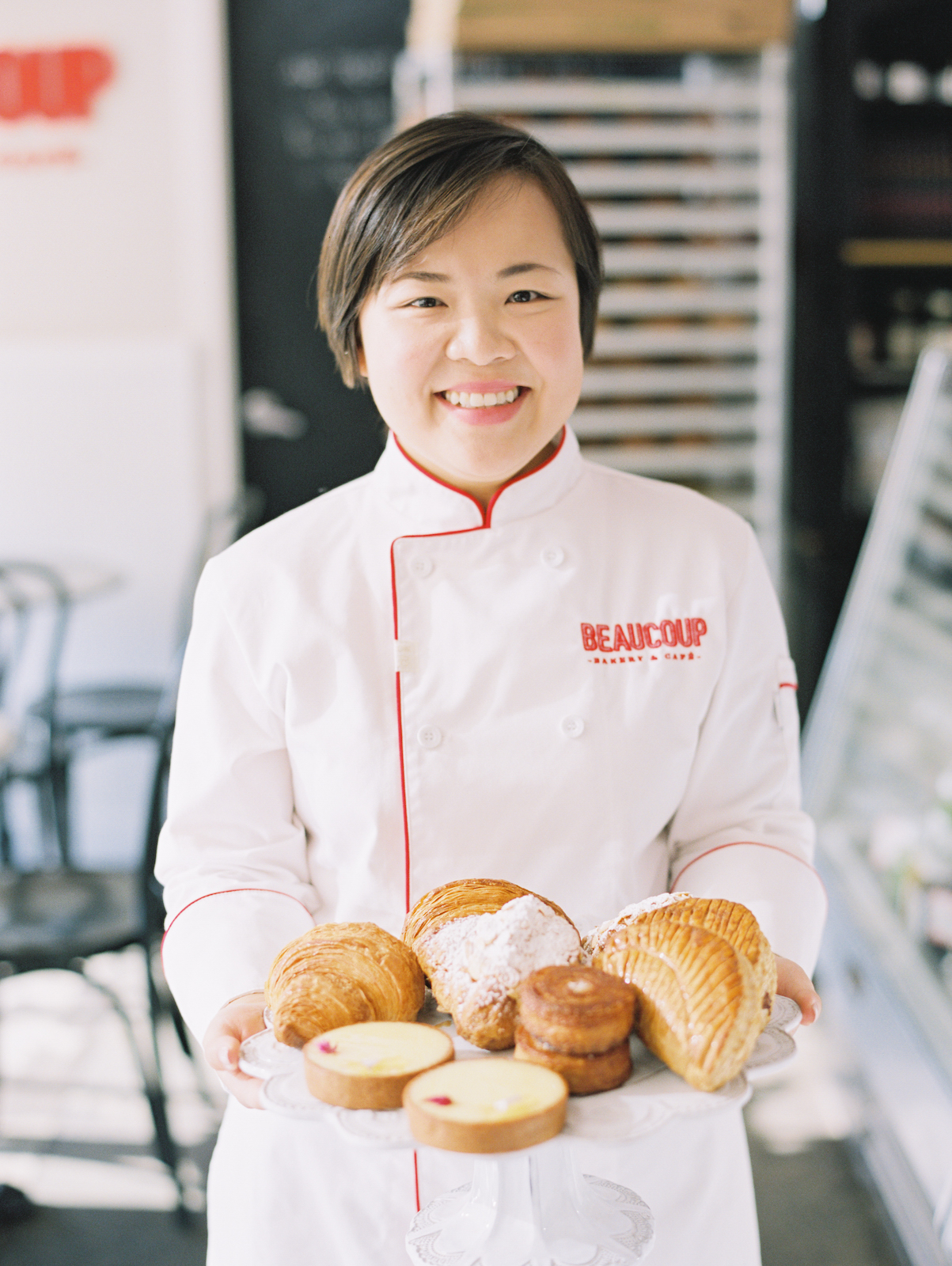 Growing up in Hong Kong, Betty Hung, now co-owner of Beaucoup Bakery & Café, looked forward to recess when she would snack on a sweet bun her parents had bought at a local supermarket. “It was filled with delicious cream, and the bun was soft and fluffy,” she says. During her childhood there, she also adored other quintessential Hong Kong desserts, like creamy egg tarts and pineapple buns with golden crispy tops.

Though Hung left Hong Kong for Canada when she was eight, the flavours and ingredients of its sweet treats deeply inform her baking. Hung, originally trained as a graphic designer, shifted careers when she launched her food blog Yummy Workshop in 2011. Subsequent posts feature her step-by-step dessert experiments, such as fragrant nut oolong tea gelato, deep-fried sesame cookie balls, and strawberry shortcake.

Hung’s baking at home soon led to stints at local markets selling her East-meets-West creations, like mini matcha-infused chiffon cakes and macarons. “At the time, baking with matcha was super popular,” she says. Her hobby segued into an internship in 2013 under the watchful eye of Jackie Kai Ellis at the recently opened Beaucoup Bakery where she rapidly rose up the ranks to head pastry chef, before eventually taking over the business with her brother, also Jacky, in 2017.

While Hung’s narrative has a fairy-tale quality, it was backed by years of getting up in the wee hours to start work and poring over cookbooks to improve her techniques. A turning point came in 2014 when she trained at the prestigious École Gastronomique Bellouet Conseil in Paris. “I did a bread course which included croissants and artisanal breads. It was really quite eye opening, in the sense that the French were very particular and serious about their pastries,” she says. Hung mastered French pastry-making, from the ideal temperature for croissant butter to trimming just the right amount off sheets of laminated dough to maximize yield. 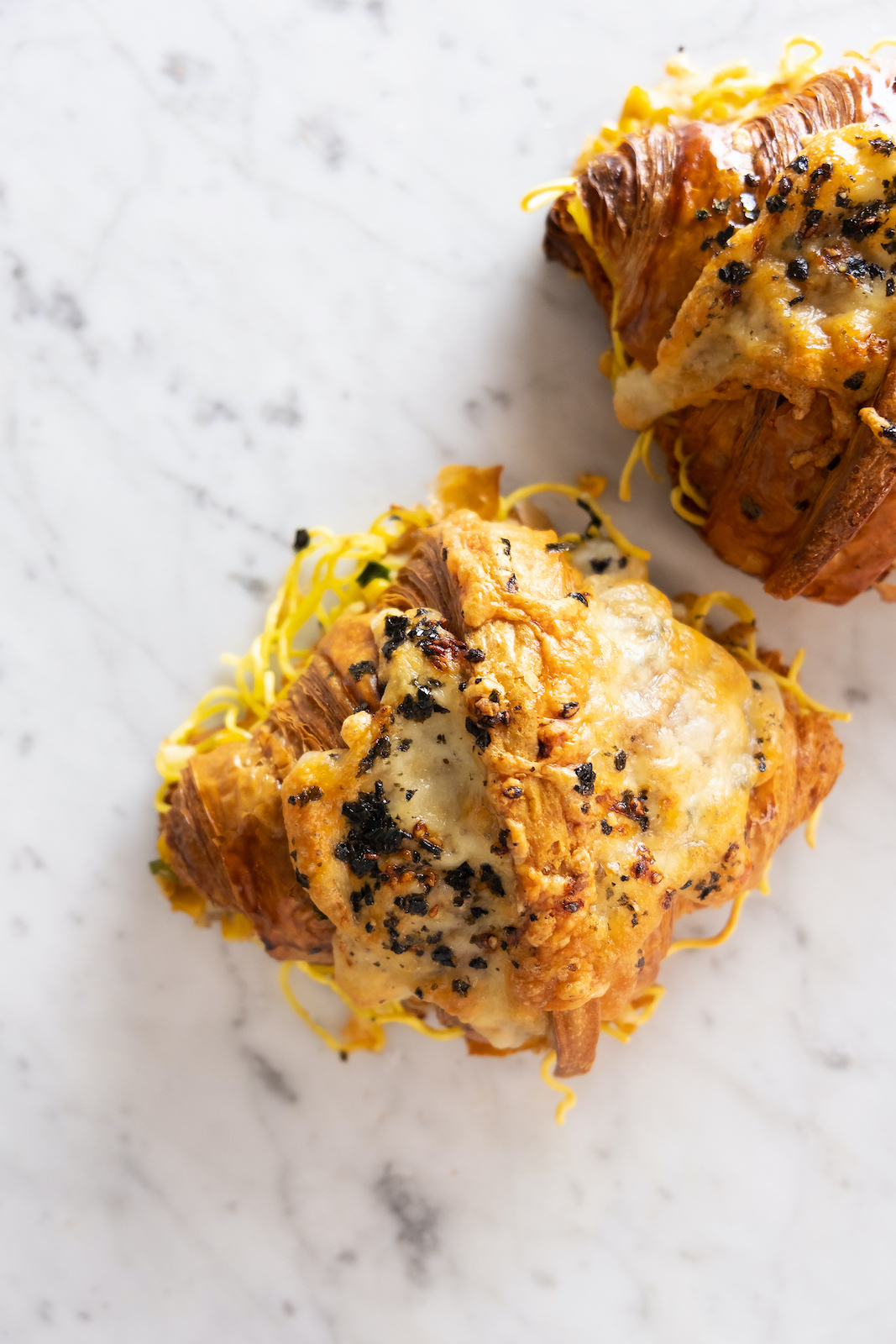 Besides cultivating a healthy respect for tradition, Paris also dazzled Hung with possibility and creativity. She tasted desserts by her idol Pierre Hermé, who dreams up unusual macaron flavours such as cucumber with tangerine, and she discovered Sadaharu Aoki, who epitomized Asian innovation in his cakes and pastries. “He was one of the earlier adopters of using Japanese ingredients, like matcha and black sesame, with French technique,” she says.

At the helm of Beaucoup Bakery, Hung builds on Aoki’s pioneering with her own Asian spins on French classics. A couple of years ago, Hung had a brainwave for a zany croissant, drawing on meals she had as a student in Japan in 2006, as well as an online recipe for ramen tossed in ragu sauce. Her croissant invention came stuffed with cooked ramen noodles, béchamel sauce, butter shoyu garlic corn, and cheddar and gruyère cheese, and was topped with furikake. “People thought it was a little bit crazy, but they still wanted to try it because it was a double carb situation,” Hung says. 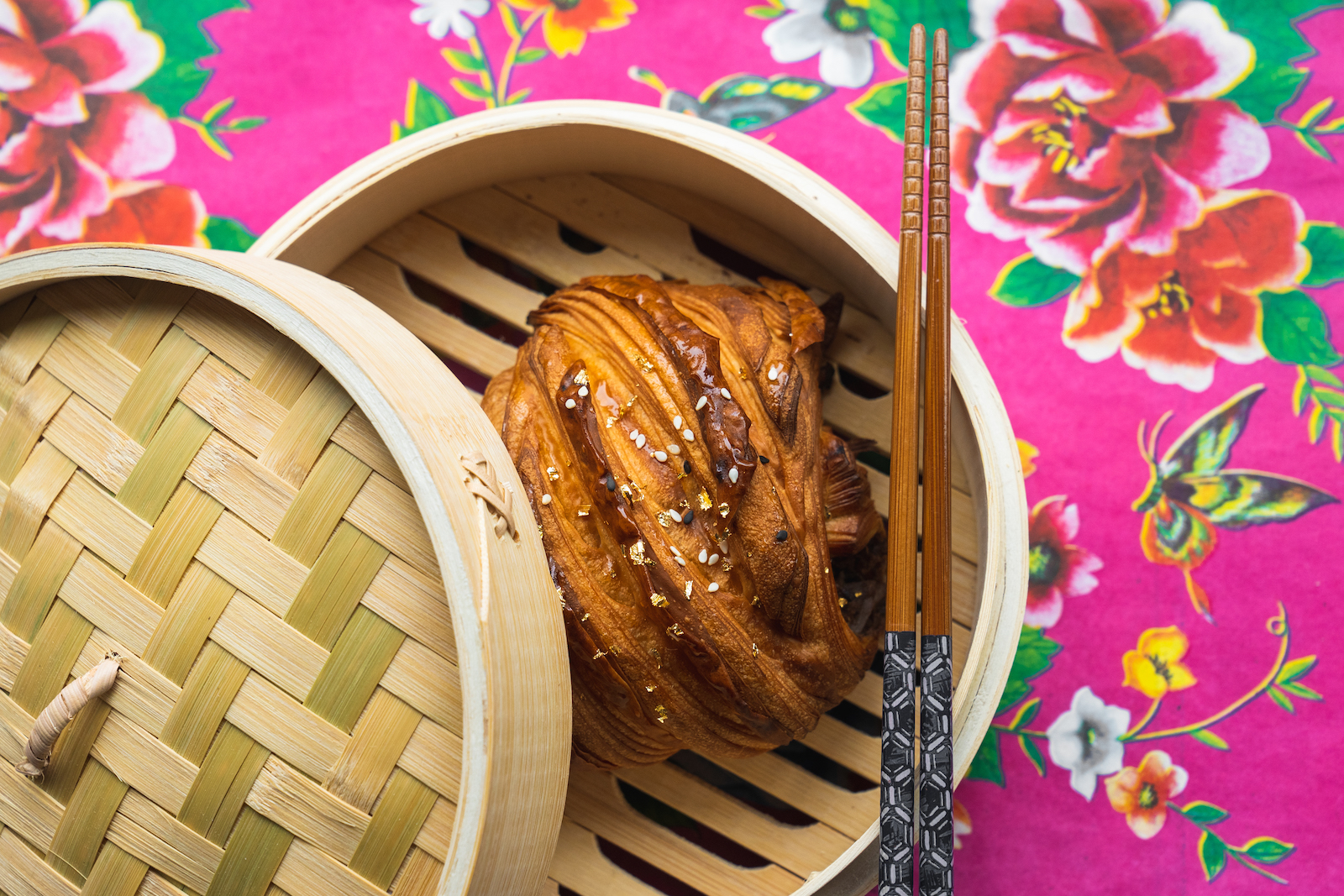 Hung sees these hybrid pastries as a form of community building as well. For this year’s Lunar New Year, Beaucoup created a Peking duck croissant in collaboration with Chinatown BBQ, an establishment devoted to revitalizing the historic Chinatown neighbourhood. When Hung’s team pitched the idea to her, she was dubious at first. “Would it work? Would it be too Asian?” she thought. However, once Hung tasted the final croissant, she was sold. The filling involved shredding the duck, then adding green onion, hoisin sauce, and truffle paste to mirror and elevate the flavours of restaurant-style Peking duck. The croissant was finished with a drizzle of truffle honey. “Duck fat worked so well in the croissant. It’s just so decadent and rich,” she says.

In another collaboration, this time with Heritage Asian Eatery, she created a golden mochi croissant to mark Asian Heritage Month 2021. “At the time, with anti-Asian racism, we thought it would be a good way to embrace the culture,” she says. Hung translated her love of dim sum into a croissant filled with salted egg yolk frangipane and a black sesame ball from the Eatery. She particularly enjoyed the juxtaposition of the chewy mochi and the delicate flakiness of the croissant.

While Hung says that she perceives no limits to the mesh of cultures, there is definite method to her pastry madness. “Asian sweets are never too sweet. But if you have really good French desserts, they also are not that sweet. They’re always so balanced, whether it be salty and sweet or a little bit of acid to balance it out.” As a result, Hung tries to find the perfect interplay between East and West and between the tastes and textural elements of her creations. An attempt at putting lotus-leaf-wrapped sticky rice in a croissant didn’t pan out because it was too one note and heavy. 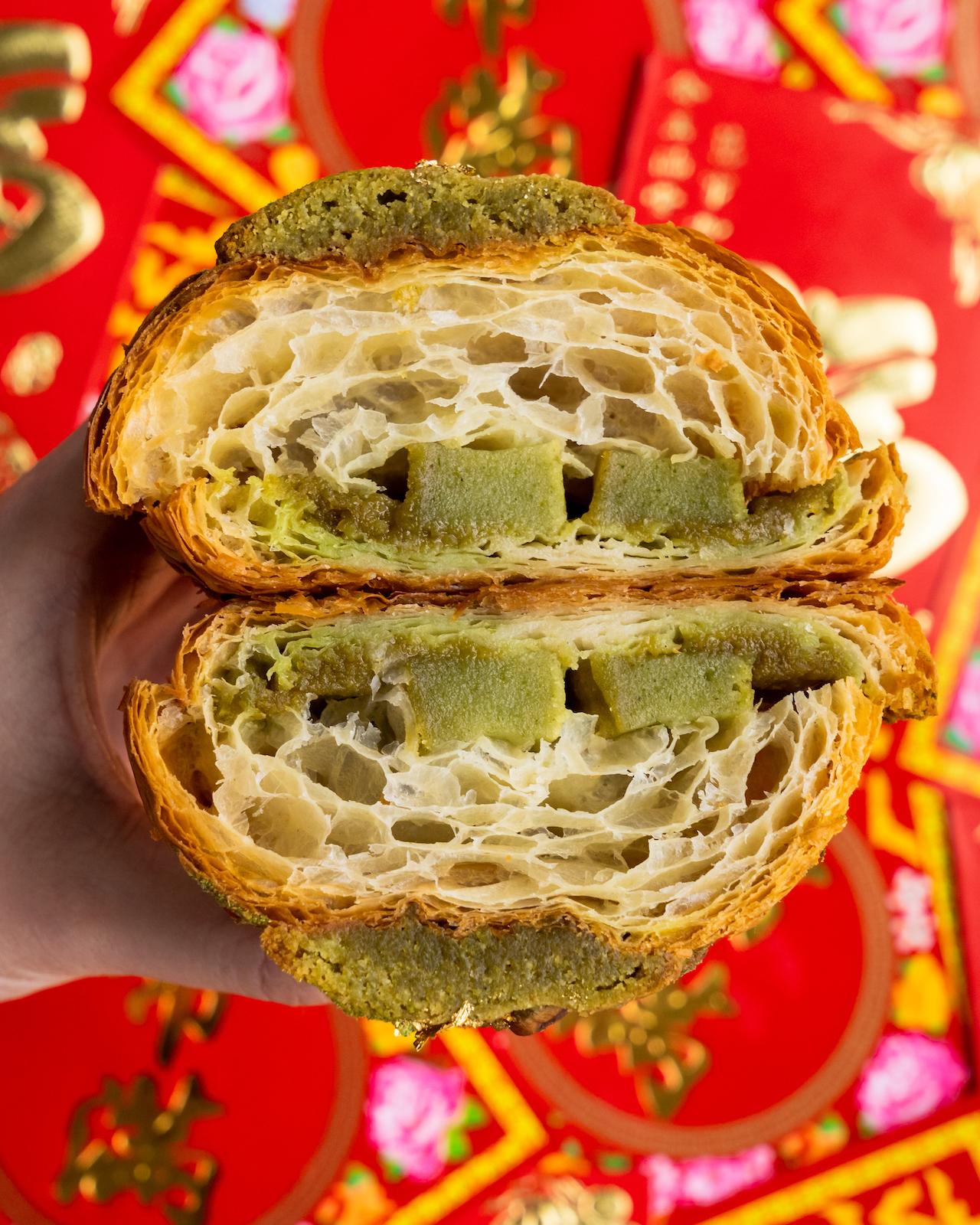 Happily, Beacoup’s customers have relished Hung’s Asian-inspired pastries. “And we still offer a lot of traditional offerings so if at any point they’re uncomfortable with our adventurous approach, they can go back to the more traditional items,” she says. Currently, Hung is experimenting with moon cakes for the upcoming Mid-Autumn Festival, trying out fillings like cheesecake with raspberries and redcurrants. They promise to be an elegant and delicious way of celebrating and bringing together the two sides of Hung’s culinary background.