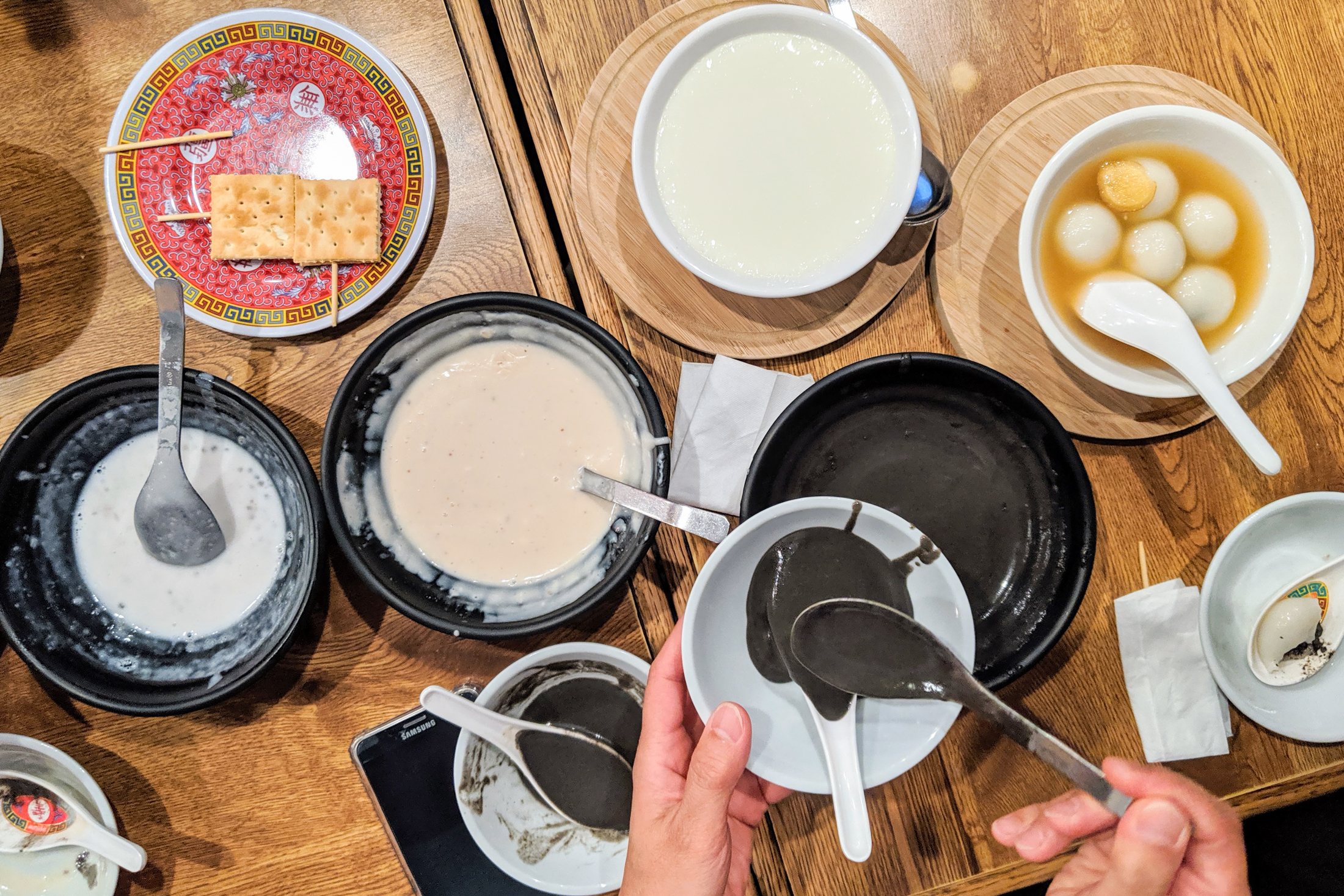 Confession: I never really liked Cantonese-style sweet soup desserts growing up. My dad would always have a pot of black sesame soup boiling on the stove after dinner, and my mom would tell me to drink up because “it’s good for your skin!” But a large bowl of dark-coloured, slimy, liquid substance is not appetizing to most kids.

Over the years, though, I’ve grown to appreciate black sesame soup and its dense but sweet and nutty flavours. I’ve also developed a taste for many other delicious Cantonese-style desserts—such as ginger soup with black sesame glutinous rice balls and grass jelly with taro balls—and now I often crave them even after a filling dinner.

Like many sweet tooths, l’ve been known to  gravitate toward a slice of cake or ice cream as a post-meal treat. But if you’ve never tried a Cantonese-style dessert, you’re seriously missing out. Here’s where to find some of the best around Vancouver—trust me, they’re perfect for chilly autumn evenings.

Located on Victoria Drive, this authentic Chinese dessert shop has an unassuming storefront, but its interior features traditional Chinese-style furniture and porcelain dishes that make you feel as if you’ve stepped into a different era. The menu is large, and there are a variety of items such as classic sweet soups (red bean paste and green bean paste), hot specials (snow fungus with lotus seeds, and sesame and almond paste), grass jelly series, taro ball series, and savoury snacks, among others. 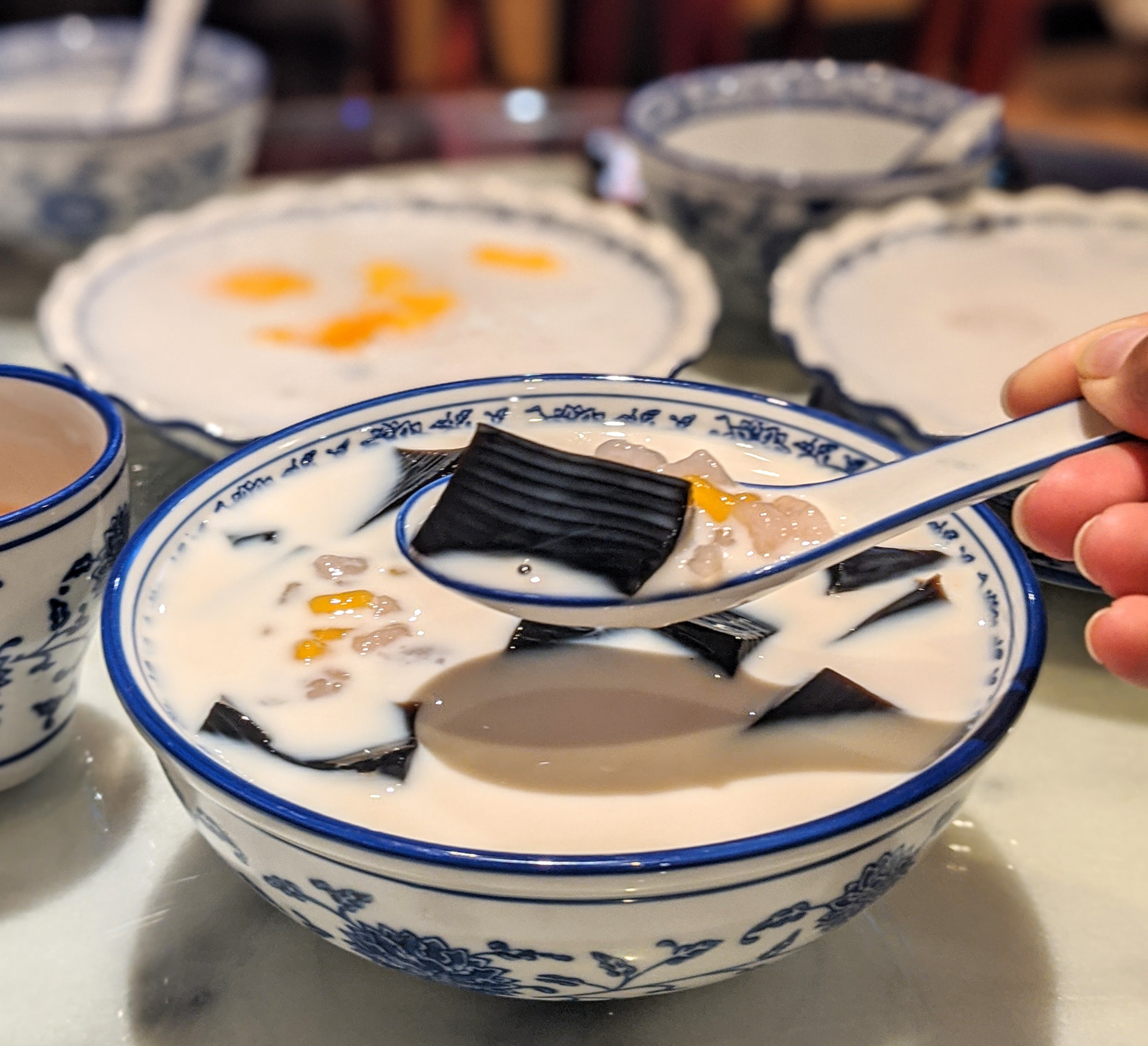 If you like a mixture of textures, try the grass jelly with taro balls and mini taro balls in a milk base.

Other favourites include the refreshing mango pomelo sago and peach resin with milk. One of its most popular desserts is the hot ginger milk, which is made with B.C. buffalo milk and ginger juice. The curdling process is quite fascinating: the milk eventually develops into a pudding-like texture and showcases a sweet and creamy flavour.

Marpole’s Hong Kong–style dessert shop has been attracting guests of all ages since its debut in 2017. Besides mouthwatering menu items, its interior space features plenty of nostalgic Hong Kong– themed decor and memorabilia, such as its expansive and colourful retro Hong Kong wallpaper.

You’ll find traditional sweet soups here that are good for the appetite and body, such as red date and longan soup, osmanthus white fungus stewed pear, and cashew paste. Other trendy desserts, such as ube sago in coconut milk with ice cream, and Vitasoy milk with red bean smoothie, are both tasty and photogenic. 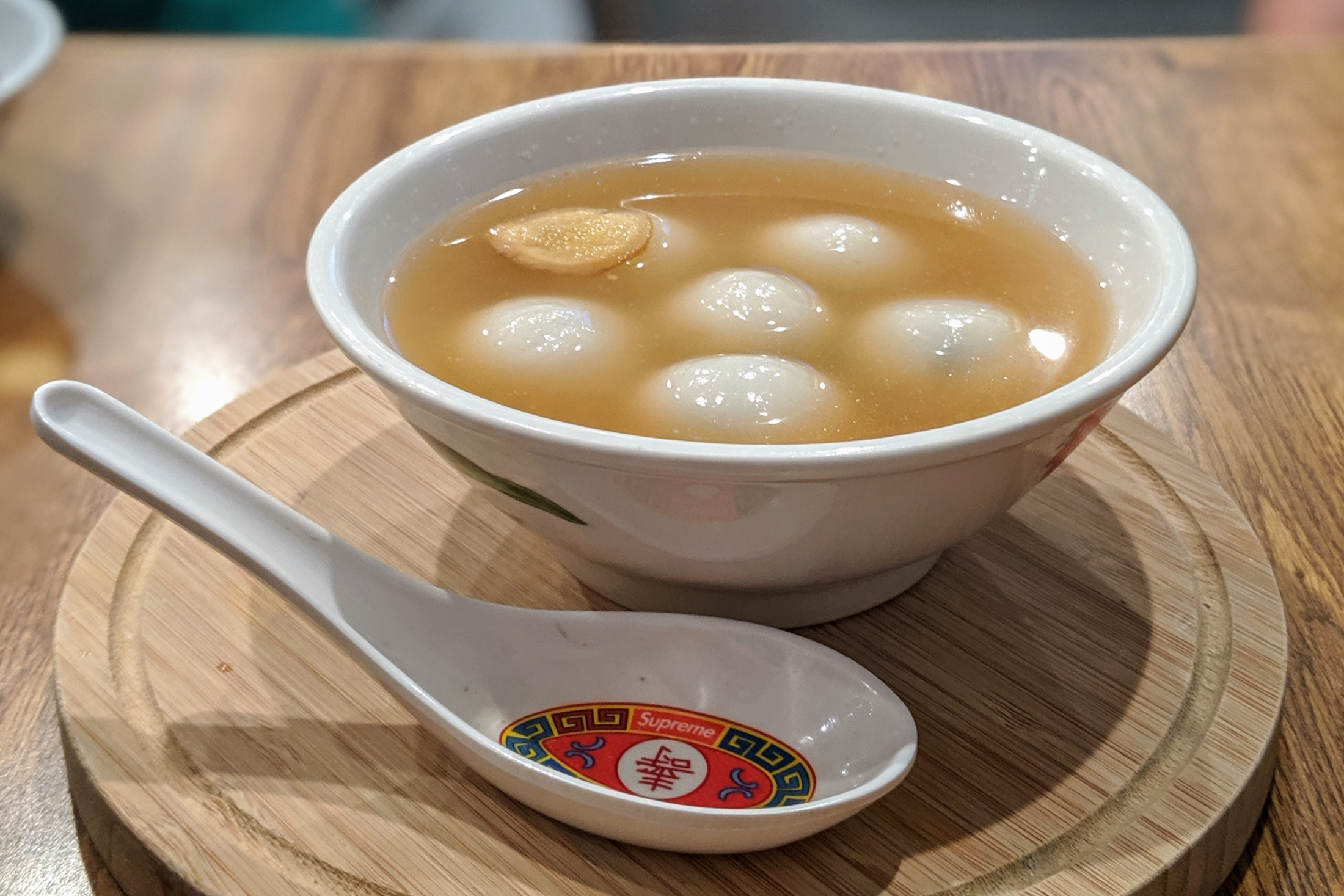 And if you want a savoury pairing, try some Hong Kong street snacks, such as curry fish balls, rice rolls, or maltose crackers.

Originally from Hong Kong, this dessert brand has made its way to Metro Vancouver, with locations in Richmond, Coquitlam, and Burnaby. It specializes in authentic Hong Kong–style desserts, and guests will find a variety of traditional sweet soups, as well as more modern items featuring a combination of grass jelly, mango, ice cream, and other fresh fruits. 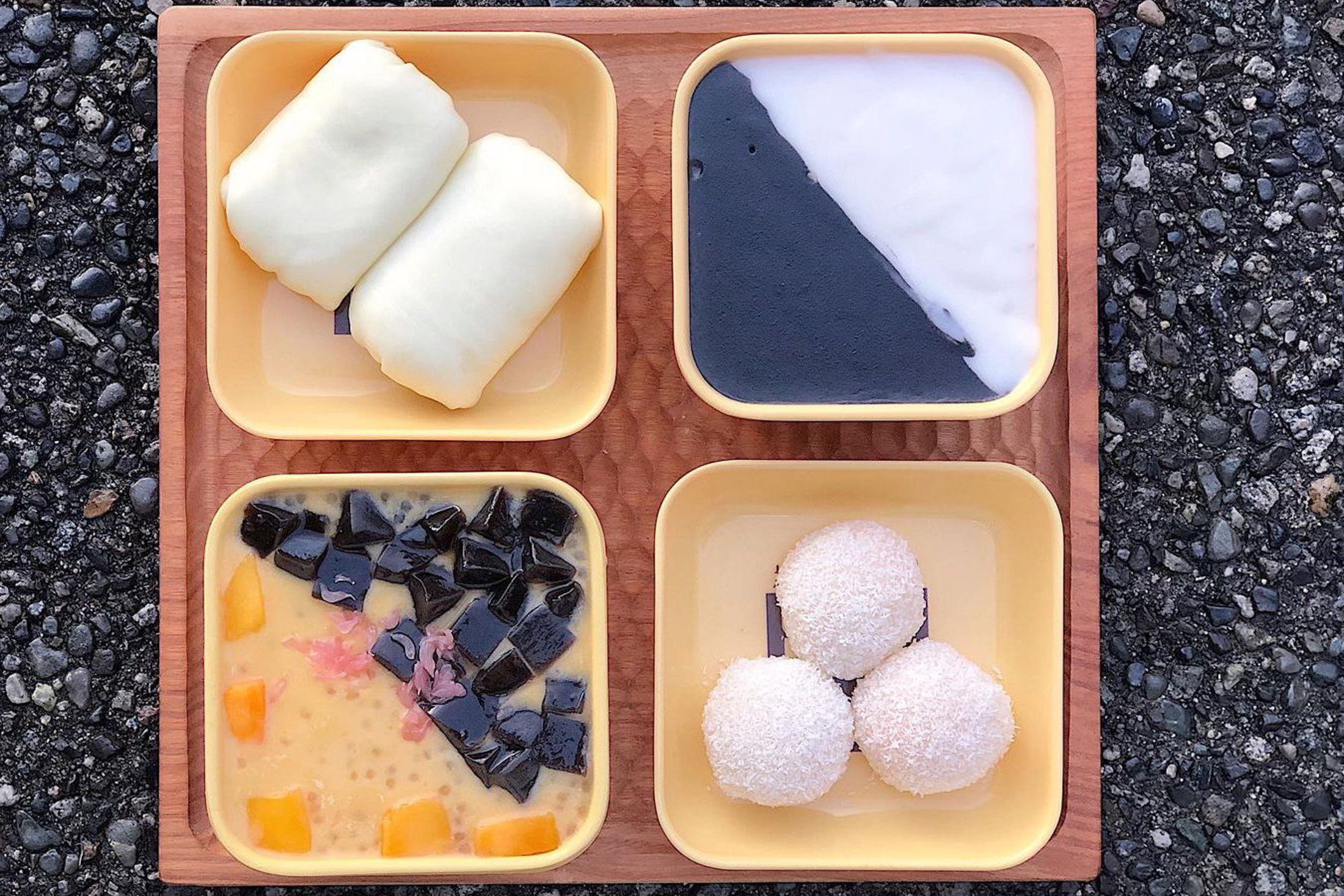 Warm up with a papaya and snow fungus soup on chilly evenings, or try a bowl of sesame and walnut soup with sesame rice balls—chewy and always satisfying.

Those who enjoy cold desserts should try the mango vanilla frost with taro and sweet potato mochi, or mango pomelo sago and grass jelly. Other signature items such as durian pancake, mango pancake, mango mochi, and swallow nest soup are also served.

You don’t necessarily have to visit a bricks-and-mortar dessert shop to try Cantonese desserts. If you happen to dine at one of Metro Vancouver’s many Cantonese-style Chinese restaurants, the sweet course at the end of your meal is usually complimentary. House favourites can include but aren’t limited to sweet soup, with flavours such as red bean with sago, green bean with sago, or sweet potato with ginger. 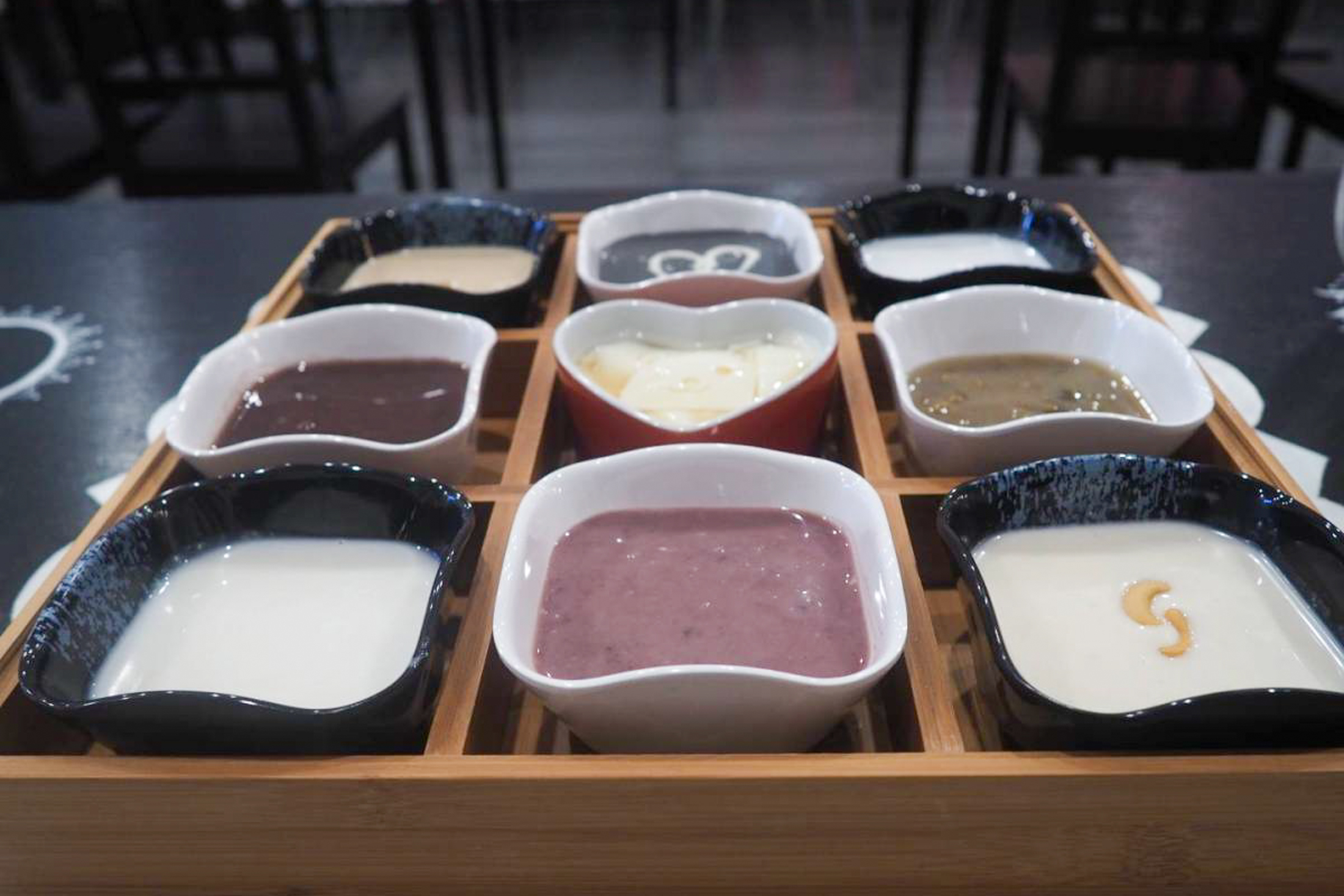