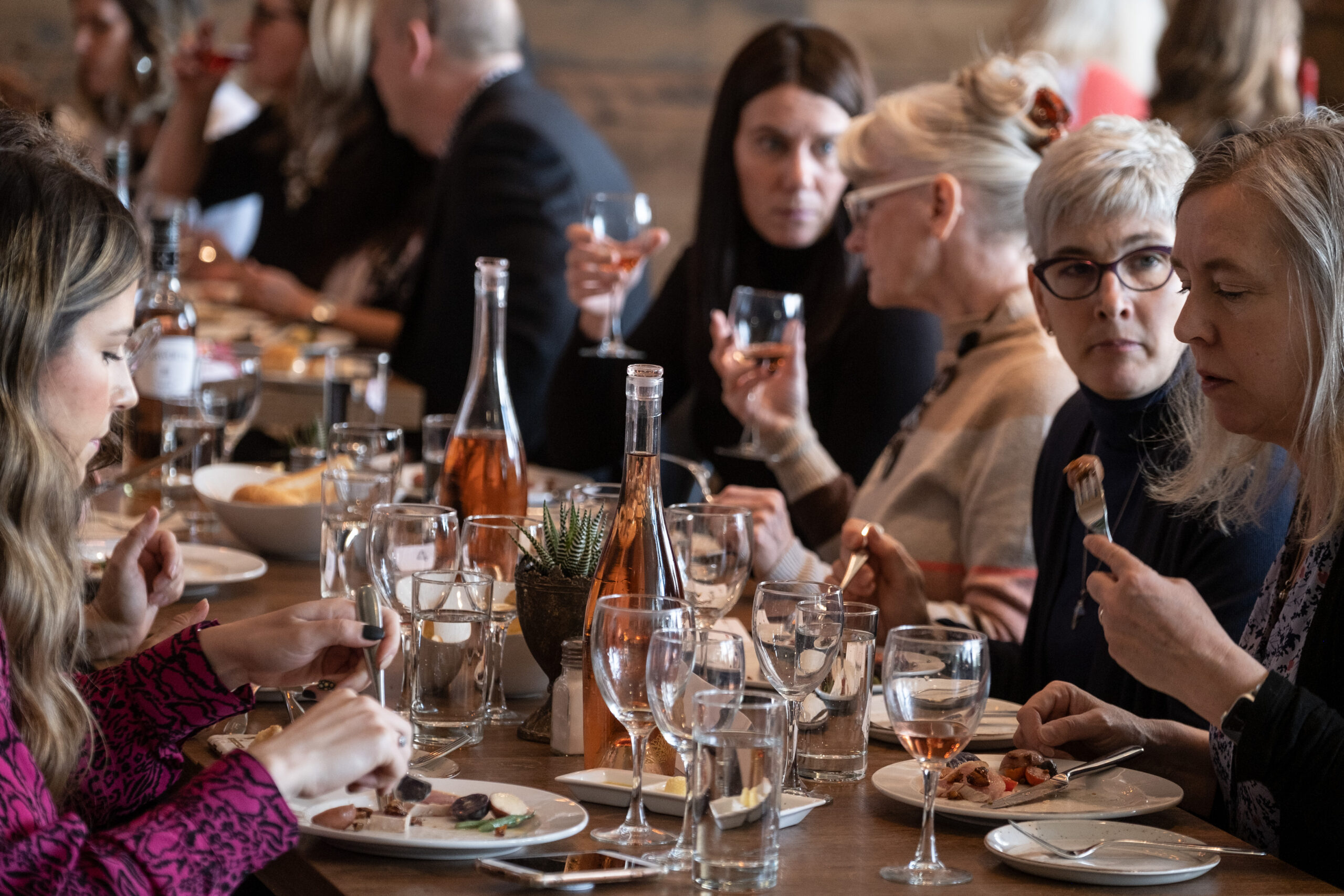 The VIWF is back, running through the rest of the week till Sunday, May 21st. Image: Marjo Wright/Vancouver International Wine Festival.

One of the longest running and successful wine festivals, the Vancouver International Wine Festival returns this week after a one year hiatus.

While the 2022 fête is smaller than those of previous years, there is no lack of great wines being poured and outstanding events to indulge in. More than 20 events take place this week and wineries from 13 countries will attend, pouring a selection of wines ranging from fan-favourites to treasured iconic bottles.

The most popular events at VIWF are the International Festival Tastings, held Thursday through Saturday in the Vancouver Convention Center. Guests are welcome to taste an exciting assortment of sparkling, white, rosé and red wines from all 100 participating wineries.

There is no featured variety or regional focus this year, but of the 500 bottles being uncorked in the room, expect a strong showing from British Columbia, as well as Italy and California. You’ll also find wines from Spain, Croatia, and France along with a smattering from Argentina, Australia, Chile, Germany, Japan, and Uruguay. 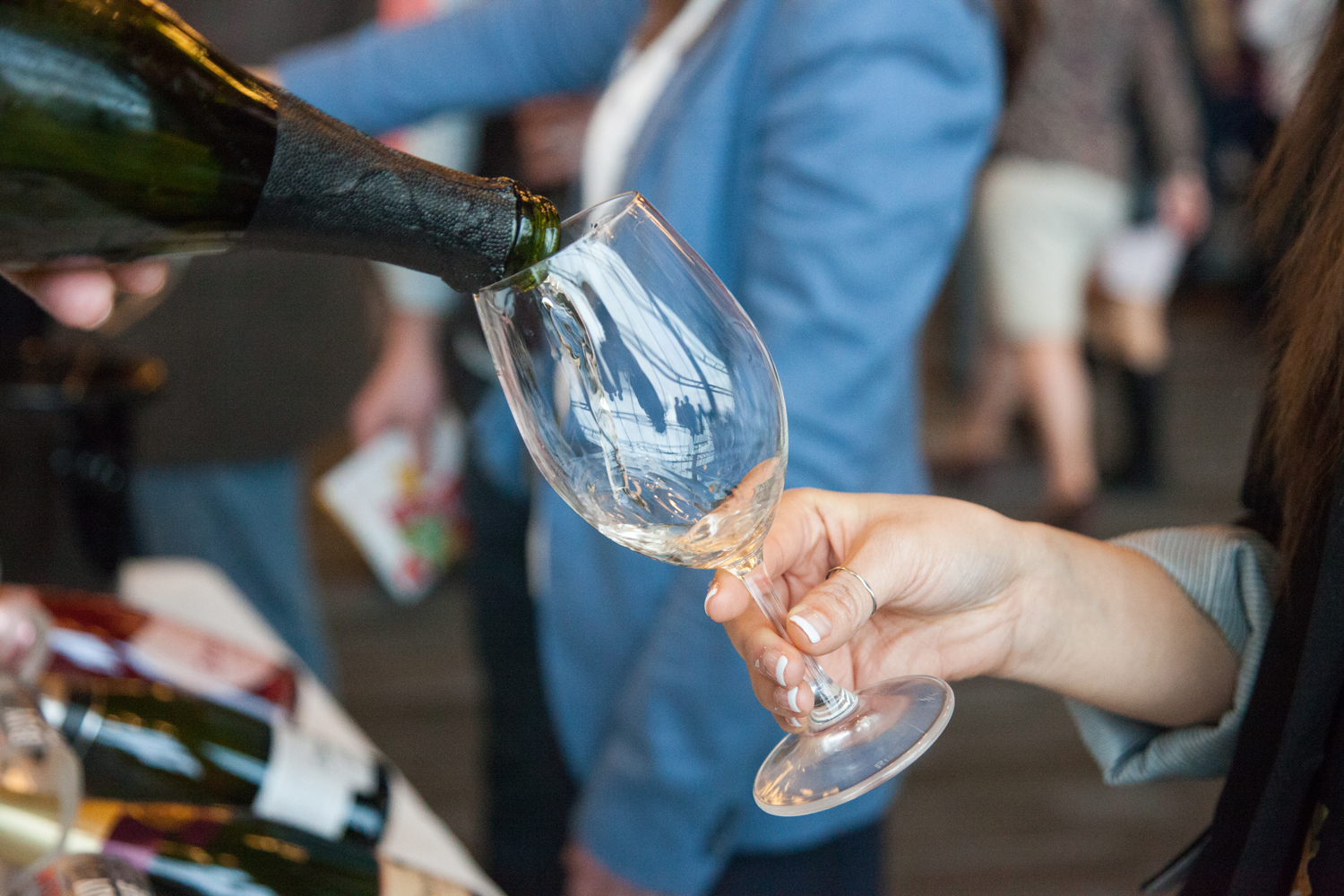 The International Festival Tasting starts Thursday, with over 500 wines from around the world to sample. Image: Christine McAvoy/Vancouver International Wine Festival.

For the international palate, worth a sip (or few) is the 2017 St. Hallet Old Block Shiraz from Australia, as well as Antinori’s 2014 Bocca di Lupo Castel del Monte from Italy. The 2016 white Roero~Arneis from Aldo Marenco and the 2018 Tolaini Valdisante are also worth investigating.

If you were fortunate to scoop up tickets for one of the festival’s several sumptuous dinners you’re in for a treat. The sleek Bacchanalia Gala, Dinner + Auction, held as ever in the Fairmont Hotel Vancouver, is a hot ticket on Tuesday.

A sparkling reception kicks the night off followed by a five-course dinner paired with wines from California, the Okanagan Valley and Italy. The evening is peppered with live and silent wine auctions to help stock your cellar, and closes with live music and dancing. Sonoma’s Rodney Strong Wine Estates Russian River Valley Pinot Noir 2017 will be poured, as well as Aquilini Wines’ 10,000 Hours 2018 Cabernet Sauvignon from Washington State. 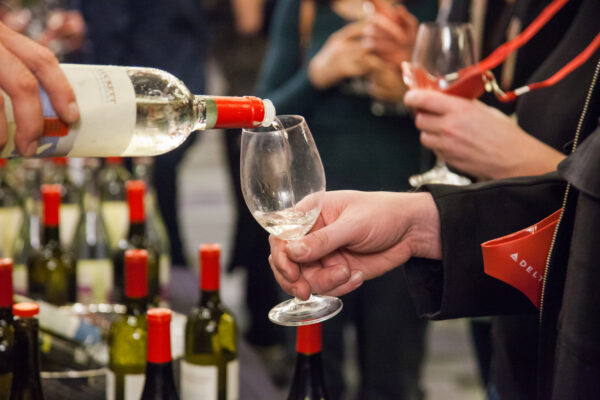 The always-popular California Beach Party is another event to watch for on Wednesday night at The Chain & Forge. Tickets are still available for this mingler. Music, California cuisine and plenty of Golden State wines will be served up under the covered fresh-air venue on Granville Island. Bread & Butter Wine’s 2020 Sauvignon Blanc and The Prisoner Wine Company’s Unshackled Cabernet Sauvignon will keep the party going.

On Thursday evening Grapes Unknown delves into wines from lesser known vines, and regions off the beaten path. Savour Spain’s under-appreciated bobal variety in the form of Altolandon’s 2019 Manchuela, and the Masseria Surani Heracles Primitivo 2019 from Italy’s Tommasi.

The Global Cru seminar on Friday takes attendees on a tour of some of the world’s greatest vineyards—and what makes them so special. One of those, Seña, known as Chile’s first icon wine, was developed in partnership between Robert Mondavi and Eduardo Chadwick of Errazuriz. Taste the 2019, a blend dominated by cabernet sauvignon. Additionally, a 2015 pinot noir Chambolle Musigny 1er Cru Les Baudes from Burgundy’s Louis Jadot will be poured.

A Spring Fling Sunday Brunch will close the week at the Vancouver Convention Center, with more than 20 sparkling and pink wines from around the globe to keep you hydrated. Two of those are the Culmina Family Estate’s 2020 Saignée rosé and the 2020 Villa Sandi Il Fresco Prosecco Rosé. This week is all about raising a toast—the wine world has returned to Vancouver, and we couldn’t be happier.