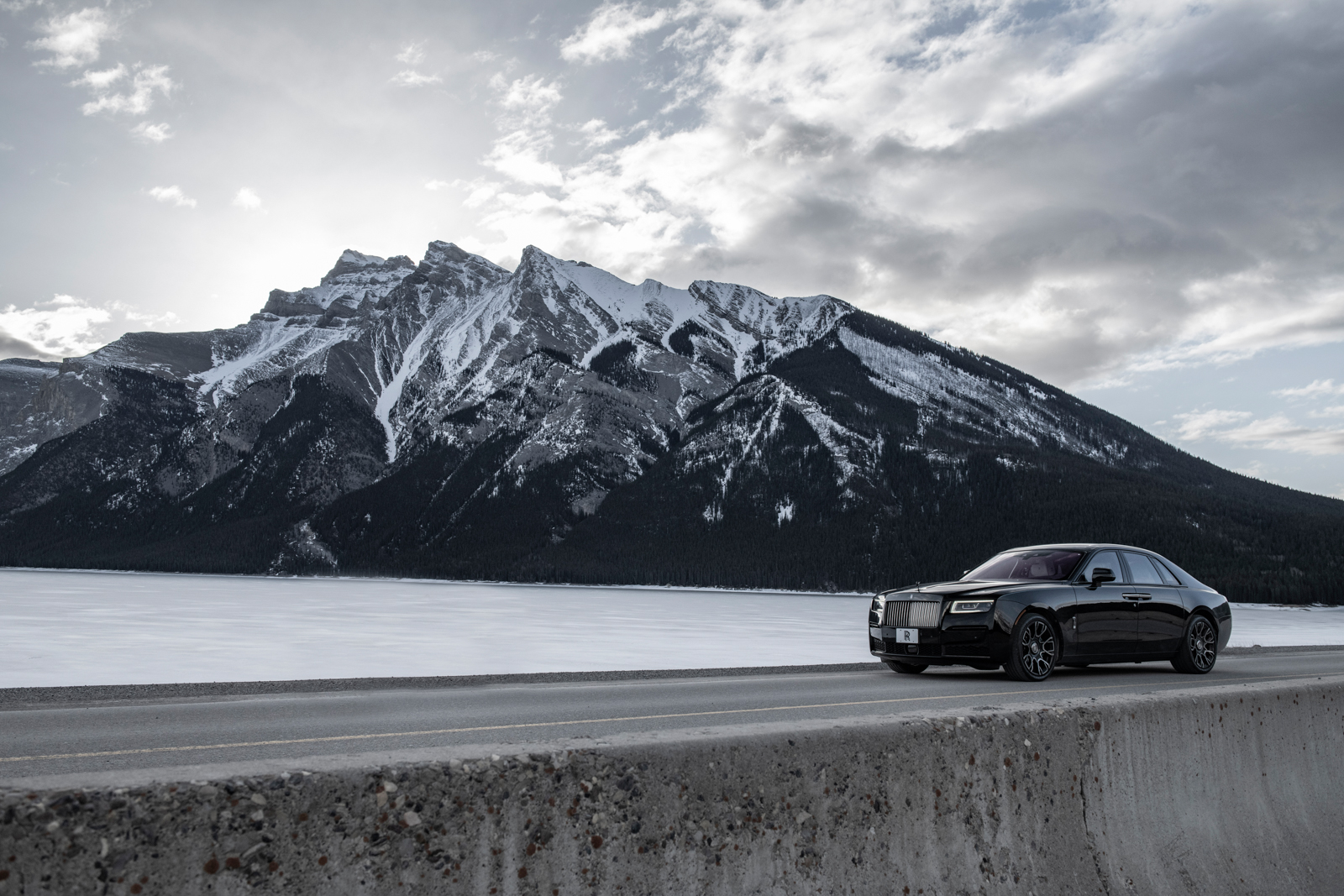 Few things put a spring in the step more than walking out of an airplane terminal to a waiting Rolls-Royce. Time slows down as people stop, point, or these days, whip out a phone to snap a few photos of the rare beast. Since Charles Rolls and Henry Royce first got together in 1904, the cars bearing their names have represented the pinnacle of automotive luxury, and despite ownership changes (they’ve been part of BMW AG since 2003), their appearance still has the power to stop the man driving the rental car shuttle in the middle of the road to gawk at the $563,000 Rolls-Royce Phantom idling just metres away.

Despite my air of cool detachment, I’m secretly just as giddy as everyone else. We live in a world of supercars on every corner, but the engineering marvels coming out of Goodwood, England, are still rare enough that when the iconic Spirit of Ecstasy hood ornament majestically appears, eyes pop and heads snap without fail. 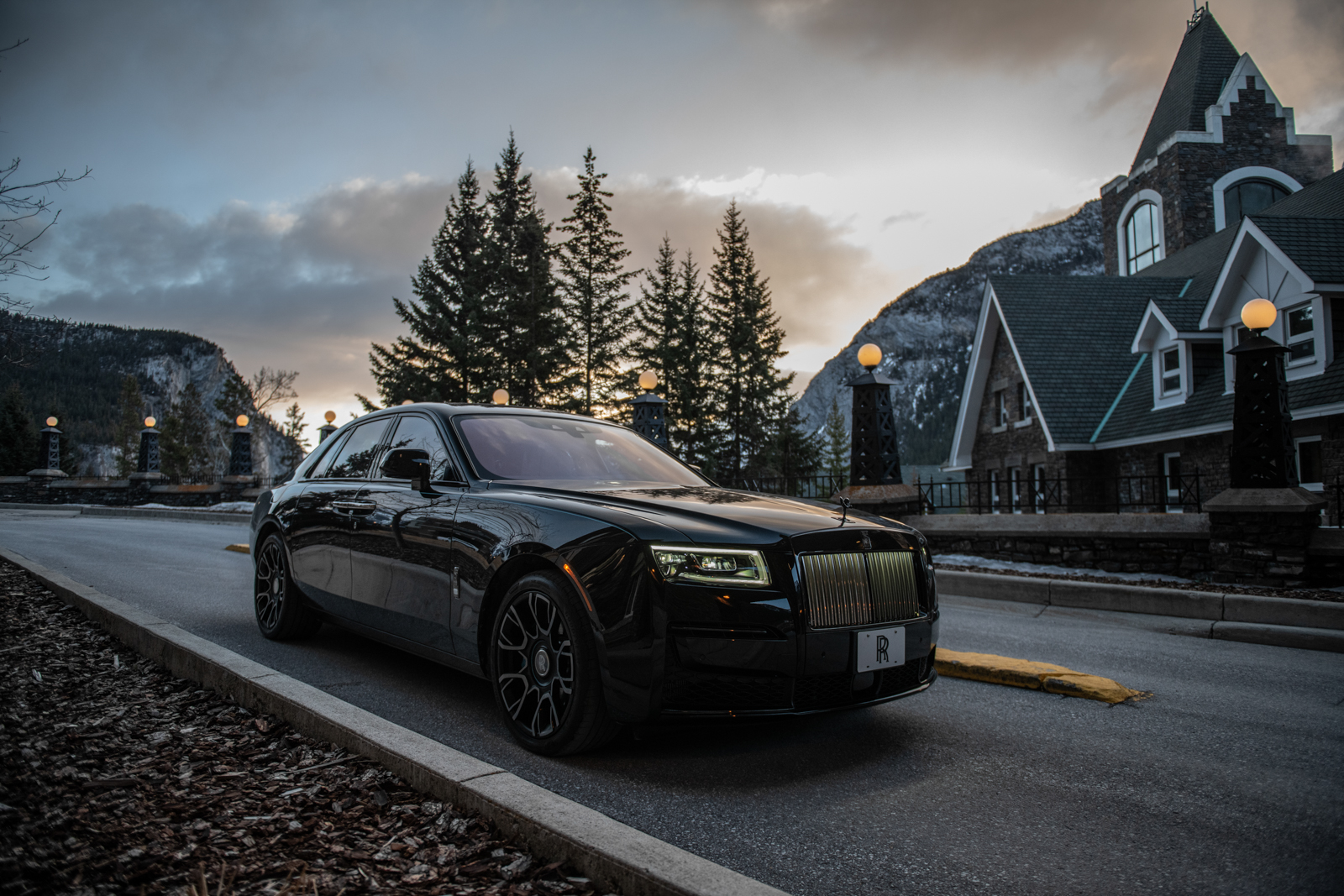 It turns out my “chauffeur,” Marc, is a sales rep at the dealership, but he still jumps at the chance to pilot the Phantom to Banff. We dive into nerd territory about the excess that surrounds us, from the wonderfully antiquated lever that controls the air vents, to the monstrous steering wheel crafted so the hands rest in the unorthodox 8 and 4 position, to the twin turbo V12 that propels the grand car in absolute silence even at speeds north of what is proscribed by the RCMP. We’re getting along so famously that halfway through the drive, in a scene that could have been dreamt up by Madison Avenue, I cheekily ask if we can switch positions so I can finish the journey in the driver’s seat. I can now confirm that there are few moments more memorable to a car fan than pulling up to the hotel valet in a shiny new Rolls and nonchalantly tossing over the keys.

But the Phantom isn’t even the star of this weekend’s show. We’ve assembled in the idyllic mountain town to test out the Phantom’s svelter, sportier, younger stablemate, the Black Badge Ghost, whose slicker set-up and full-time all-wheel drive will prove their mettle on the snowy byways of the Canadian Rockies. The next morning, piloting the Ghost up Banff Avenue has a similar effect to parading a Bengal tiger through downtown Manhattan—everyone knows they exist but is shocked to see one here. Almost every passerby stops to stare, shake their head, and then smile. And unlike the Phantom, the Black Badge Ghost blends in—to the degree anything valued at $363,000 can blend in. Its styling is minimal, its backside seems downright compact, and even its iconic hood ornament can be recessed into the bonnet should a streak of modesty compel.

For years the sales of Rolls in Canada have lagged, perhaps due to the perception that the cars are impractical in serious winter conditions. But thanks to the new all-wheel-drive system standard on the Ghost and its SUV brother the Cullinan, the Great White North has become one of the brand’s fastest-growing markets. 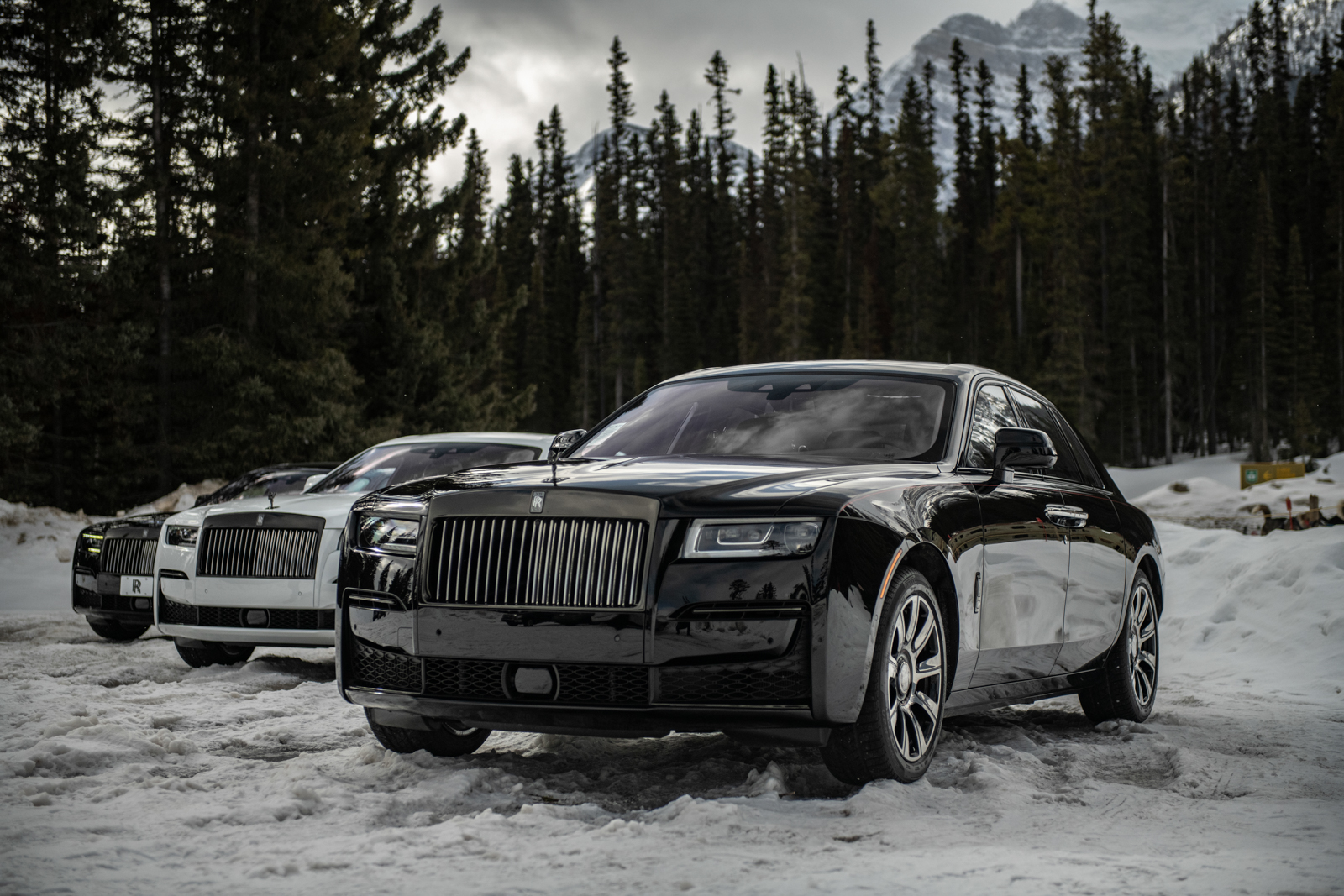 The car is massive—even with its innovative hand-welded aluminum spaceframe architecture, it still checks in at 2,552 kilograms, more than twice its distant BMW AG cousin, the Mini. But turning onto the Trans-Canada, its 563-horsepower twin turbocharged V12 propels it to speed shockingly quickly (it takes only 4.7 seconds to reach 100 kilometres per hour, more than enough to pin you deep into the leather embrace of your hand-stitched seat). En route to Lake Louise, it’s exceptionally well mannered on the road—like the Phantom, it is near silent at highway speed, but like a thoroughbred out for a trail ride, it yearns to sprint into action at the slightest encouragement from the driver. I look for a tachometer on the instrument panel to get some indication of what the noiseless engine is doing, but all I find is a large dial labelled “Power Reserve” that tells me that I have 100 per cent power available⁠—even as I pass the cars of mere mortals.

Despite its weight, the Ghost loves the broad, swooping turns of Highway 1, where it leans in with surprising nimbleness thanks in part to the car’s near-perfect weight distribution (an engineering marvel considering the weight of the massive engine) and with an assist from satellite-aided transmission that scans the road ahead and adjusts the gearing for optimal performance. Couple this with the electronically controlled all-wheel drive, and it never occurs to me that the snow or ice might pose a problem, nore do they, even on the steep road up to the Château Lake Louise. 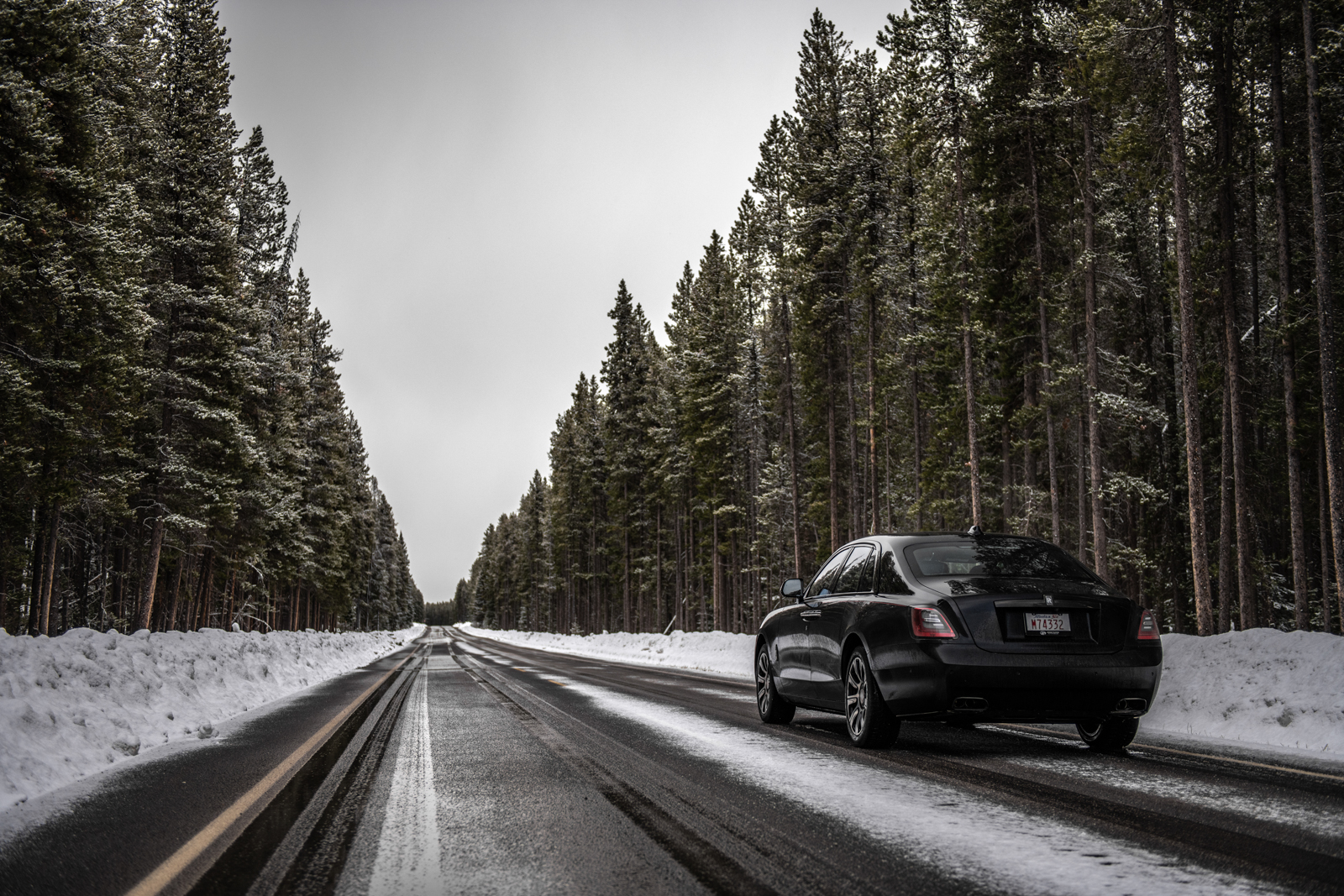 On the trip back to Banff, I almost hope for some precipitation, not to test the car, which I know will handle it with aplomb, but so I can use one of the famed umbrellas recessed into the doors. I also fail to pick anyone up through the automatically controlled rear coach doors or fully test the concert-hall-worthy 1,300-watt, 18-channel sound system. I do gaze into the Starlight Headliner, which transforms the car’s ceiling into a fibre optic starscape. In utter silence, with the heavens wheeling above me, I ponder the nature of perfection before handing the keys back for the last time.