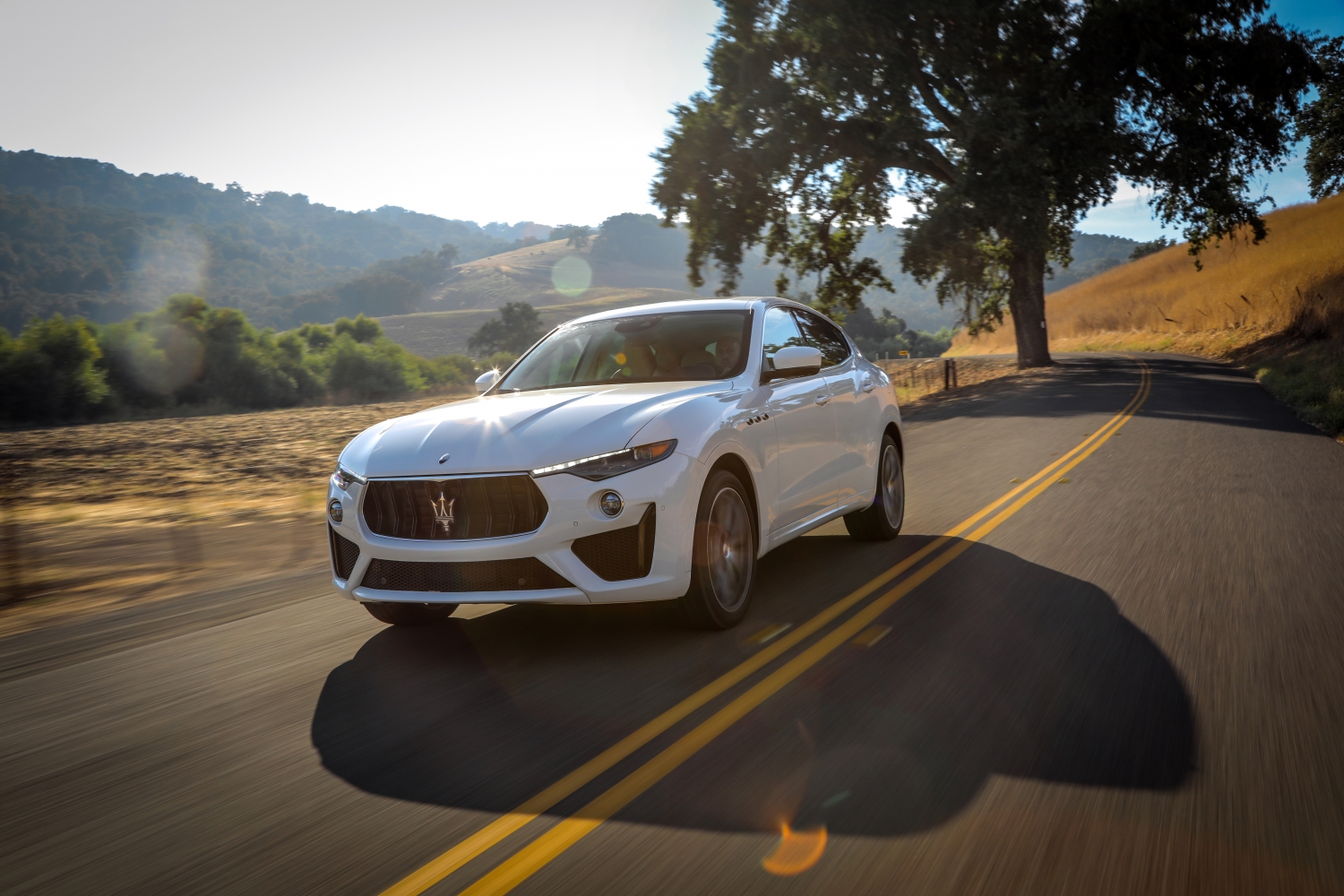 To own a high-powered premium SUV for less than $150,000 these days, is it necessary to buy German?

Not for those who know where to look.

The Maserati Levante offers an appealing alternative for those who prefer the Italian touch, and this GTS model ups the ante to take the nameplate toe-to-toe with the most powerful Porsche Cayenne.

While both the Levante and the Levante S are equipped with six-cylinder engines, the Levante GTS is fitted with a twin-turbocharged V8 that produces 550 horsepower and 538 pound-feet of torque, enough to get its 2,170 kilograms of weight from zero to 100 kilometres per hour in 4.2 seconds. This engine, like all those found in current Maseratis, is produced by Ferrari at its headquarters in Maranello, Italy. However, Ferrari has announced its intention to end this arrangement, so those who consider this an important detail would be wise to act while they can. 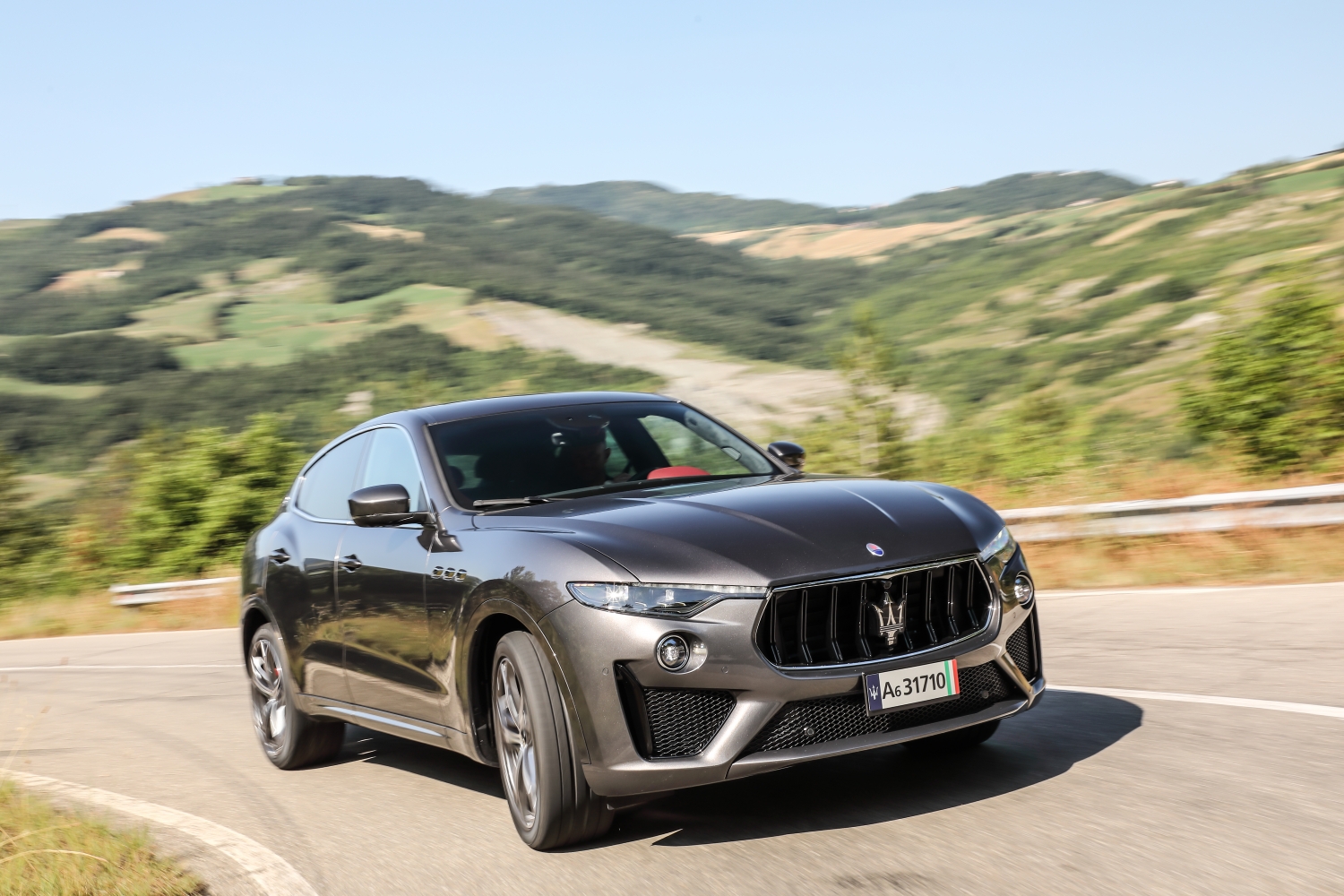 To accompany this power, the Levante GTS comes with Sport, Off-road, and ICE drive modes—the latter not being intended solely for winter weather but instead being an acronym for increased control and efficiency, meaning that it relaxes the drivetrain’s responses to inputs—plus six adjustable ride height settings for better control between handling performance and clearance of obstacles.

Where the Levante stands out is in its visual and tactile refinement. Jewel-like trident logos adorn the grille and the exterior C-pillar. Available pieno fiore (full-grain) leather, sourced exclusively for Maserati and taken from the hides of bulls raised in the mountains of Northern Europe where there are few insects or barbed fences to mar them, it takes six weeks to craft and is available in black, tan, or a rich and vibrant red. The most striking of the interior trims is the matte carbon fibre, for which the lack of finish reveals a depth and uniqueness to the weave and gives it an appearance befitting the GTS’s performance credentials. 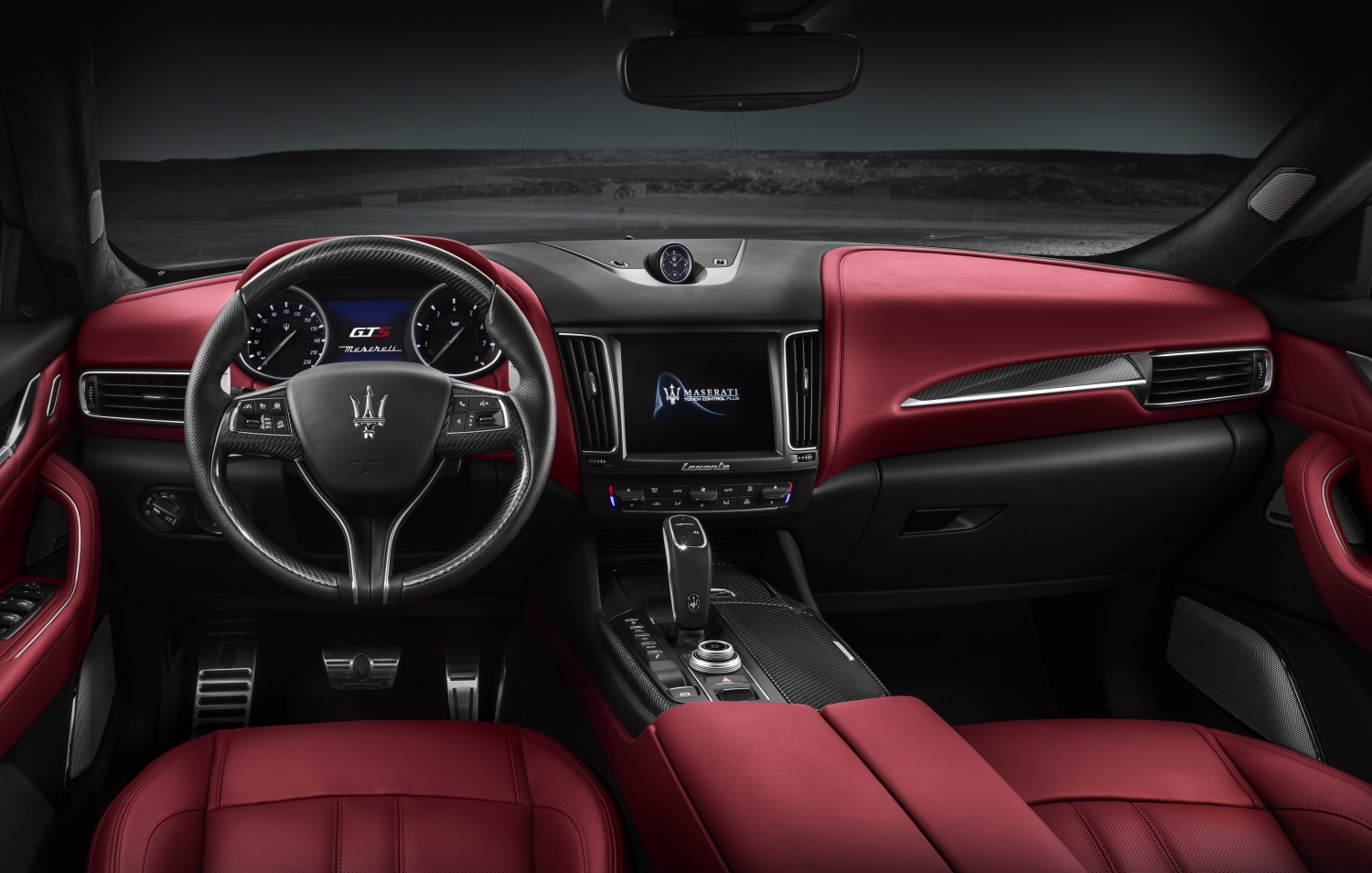 Maserati is owned by Fiat Chrysler Automobiles, which means that its vehicles share certain components with other FCA sub-brands. Key among those is a version of the Uconnect infotainment system, here dubbed Maserati Touch Control Plus, which operates many functions through the dashboard-integrated 8.4-inch touchscreen. In addition to touch and voice controls, the system can be operated using a double-layered rotary control positioned on the centre console. Apple CarPlay and Android Auto functionality are included, as are integrated controls for the heated and ventilated front seats and heated steering wheel. The only detriment is the requirement to dismiss the attention warning each time the car is restarted.

There are some aspects that those considering a Levante may wish to bear in mind. For example, its cargo hold is not as spacious as some of its similarly sized competition, and its second-row seats are not available with ventilation, which is a feature offered by several SUVs at this price point. The turn signal and windshield wiper functions are on the same stalk, and the rear wiper switch is hard to reach from behind the steering wheel mounted paddle shifters. The seats, while comfortable, would benefit from hip bolsters.

Keep driving through our Transportation section.