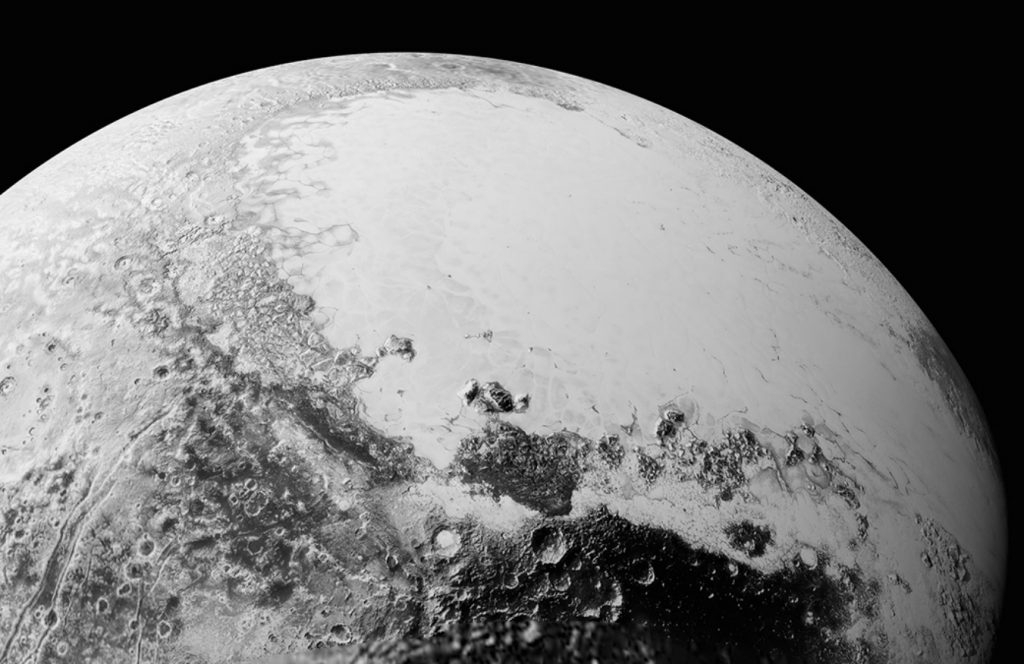 Getting dumped is bad enough. But then when you find out someone has taken your place—well, that’s when the pain really begins. So you’ve got to feel for poor Pluto. Long ensconced in science textbooks as the ninth planet in the solar system, Pluto was officially demoted to dwarf planet status in 2006. Sent to the deep space minor leagues. It had to hurt.

Now there may be a new, larger, more robust Planet Nine From Outer Space. Astronomers at the California Institute of Technology announced recently that they believe a fairly massive planet is circling around out there. At an estimated 10 times the mass of Earth—5,000 times the mass of pipsqueak Pluto—it would easily qualify for planetary status and return the solar system to its familiar nine-count. Not including Pluto, though; it’s still on the outside, with five moons that might well be saying, “You’re not my real dad”.

To be clear, this new planet has not actually been seen. The celestial behemoth’s presence is being inferred by the effect it is having on the orbits of other visible objects. It’s like when you know something is going on but you’re not sure exactly what, so maybe you hire a private astronomer to do some snooping. All that’s turned up so far is bodies behaving suspiciously in the dark corners of the solar system, but no actual photographic evidence of the culprit. The investigative method has worked before—the planet Neptune was discovered only after astronomers observed the odd behaviour of Uranus and realized there had to be something big farther out in space. One astronomer estimates the odds of the new Planet Nine’s existence at 90 per cent. In other words, Pluto can be pretty sure there’s a mule kicking in its stall. But as of now it’s still a large, dark stranger.

Pluto had a major revival in 2015 when the New Horizons spacecraft sent back amazing photos of its surface, showing it to be a fascinating, geologically active place with a great personality. Maybe Planet Nine will turn out to be a big shot, the kind of sphere that can really throw its weight around. But its gravitational field will never pull on our hearts. No way will it get its own Disney character. Feel the love, Pluto. You’re family.

Get more great content delivered right to your inbox.