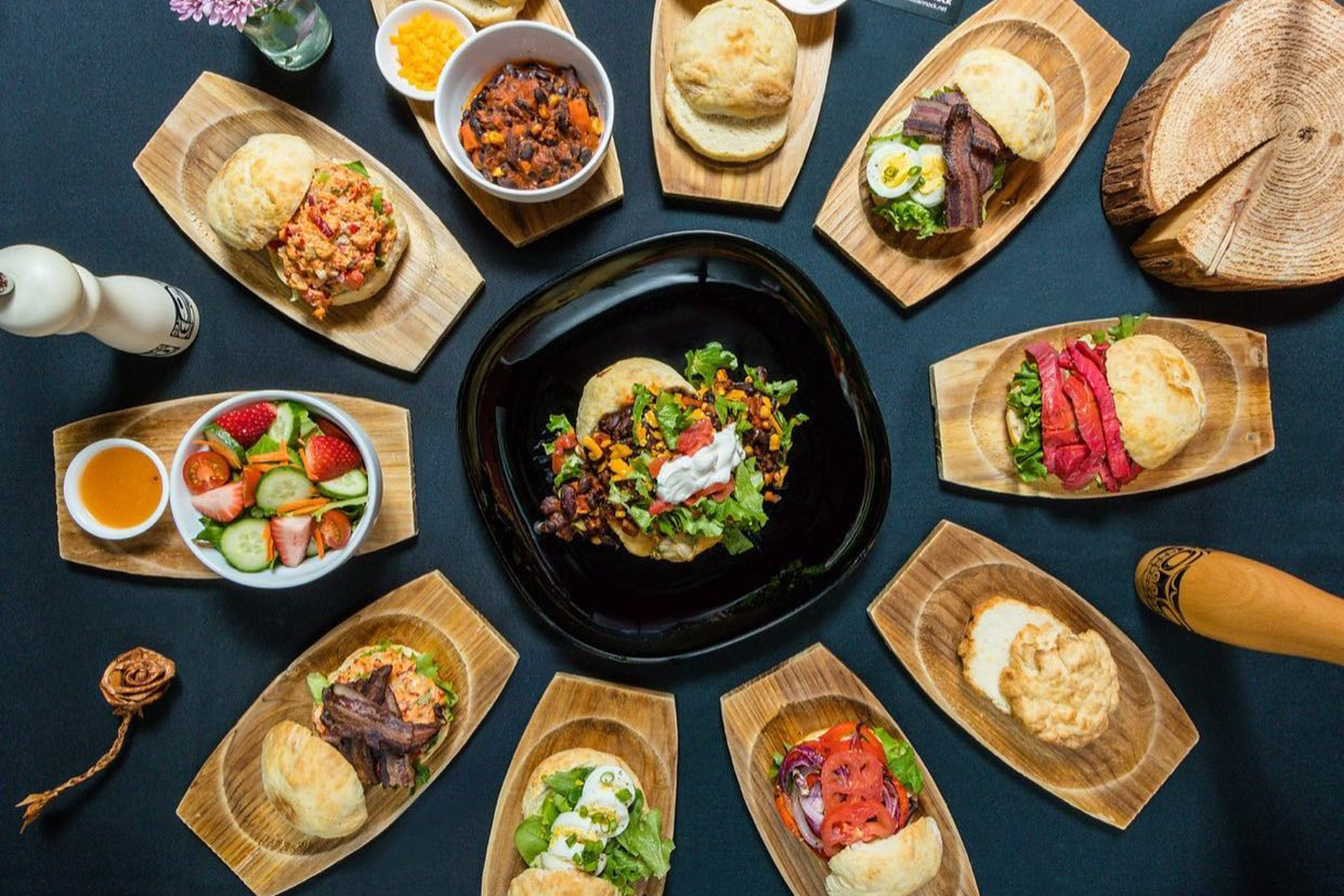 When chef Paul Natrall of the Squamish Nation launched Vancouver’s first Indigenous food truck in 2018, his goal was to showcase ancient cooking methods while incorporating influences from other cuisines. At Mr. Bannock he serves burgers on bannock from his big red truck currently parked in North Vancouver, as well as housemade chili, and specials that range from smoked pork tacos to salmon burgers to the “DBK,” smoked duck breast with bacon and kimchi, piled on a grilled bannock bun.

Since the first Indigenous restaurants opened in Vancouver more than 30 years ago, the dishes that chefs such as Natrall create today have continued to evolve. We spoke with proprietors of three Indigenous-owned dining spots from Vancouver to Langley, as well as an up-and-coming cook in Whistler, to learn more about what they’re making, as well as some of the challenges they face.

Although Mr. Bannock is hardly the first Indigenous dining spot in the Lower Mainland, Natrall, a classically trained chef who studied both French and Indigenous cuisines, has had customers tell him it’s the first time they’ve tried Indigenous foods. “It’s a cool feeling, but at the same time, it’s kind of sad,” he says. “It’s our territory, and people didn’t get to enjoy [our dishes].”

Brenda Knights, CEO of səýeḿ, the Kwantlen First Nation-owned company that operates lelem’, a riverfront café in Fort Langley, explains that Indigenous peoples “lost a lot of our culture and history” when Canadian government policies, from residential schools to the Sixties Scoop, removed Indigenous children from their families. In designing lelem’, which opened in 2013, Knights says, “We had to figure out what Indigenous cuisine is.” 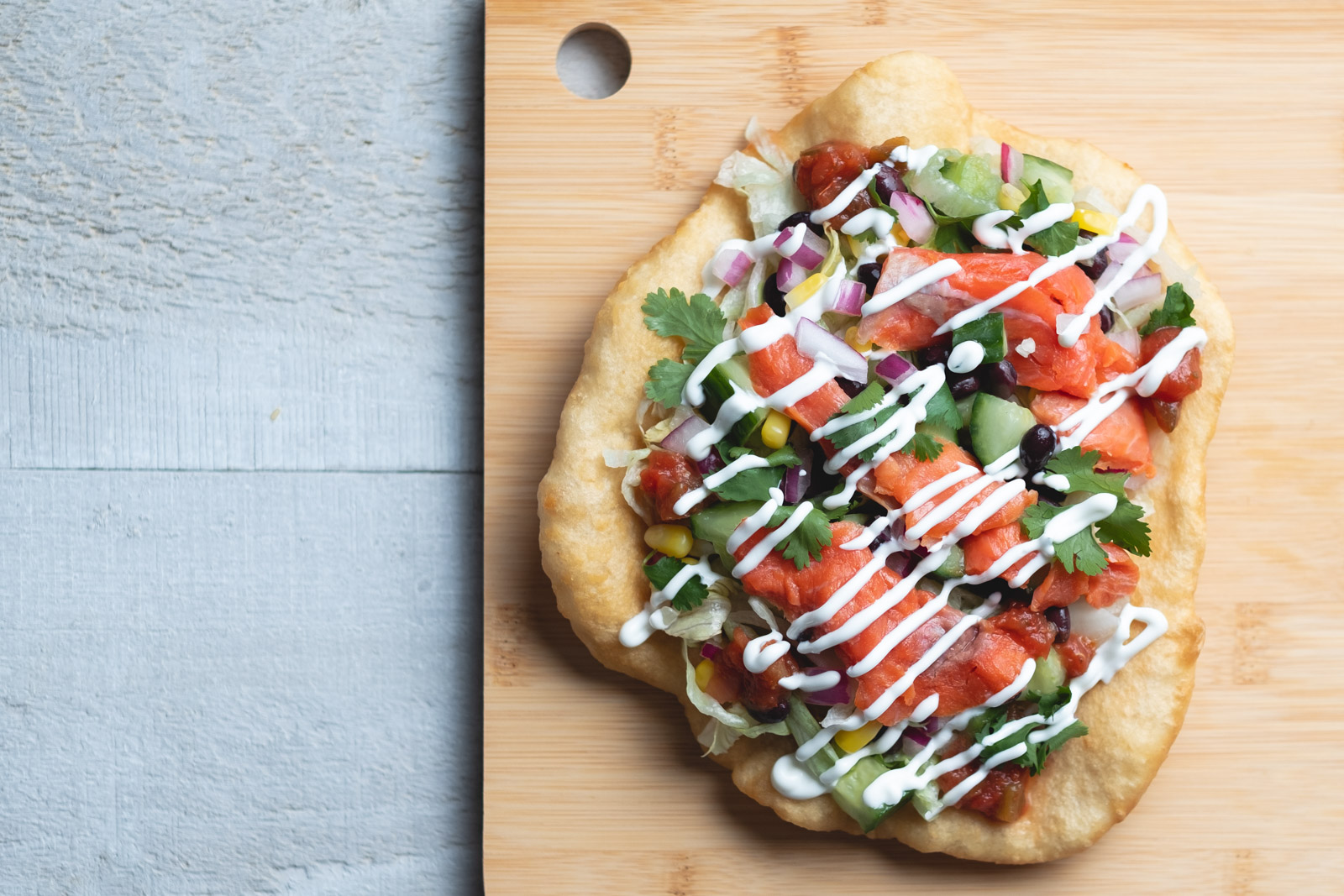 Inez Cook, owner and cofounder of Vancouver’s Salmon n’ Bannock Bistro, knows the impact of these policies firsthand. A member of the Nuxalk Nation from Bella Coola, Cook was adopted by a non-Indigenous family during the Sixties Scoop and raised in Vancouver.

“I knew that I was Indigenous when I was young, but I didn’t want to be,” she recalls.  It wasn’t until she was an adult that she embraced her Indigenous heritage, opening her restaurant in 2010.

Slow-braised bison pot roast is now a top seller at Salmon n’ Bannock, as are the wild salmon with Ojibway wild rice and the locally made game sausages. One of Cook’s personal favourites is the sautéed mushrooms, served with melted Brie and bison gravy on toasted bannock. 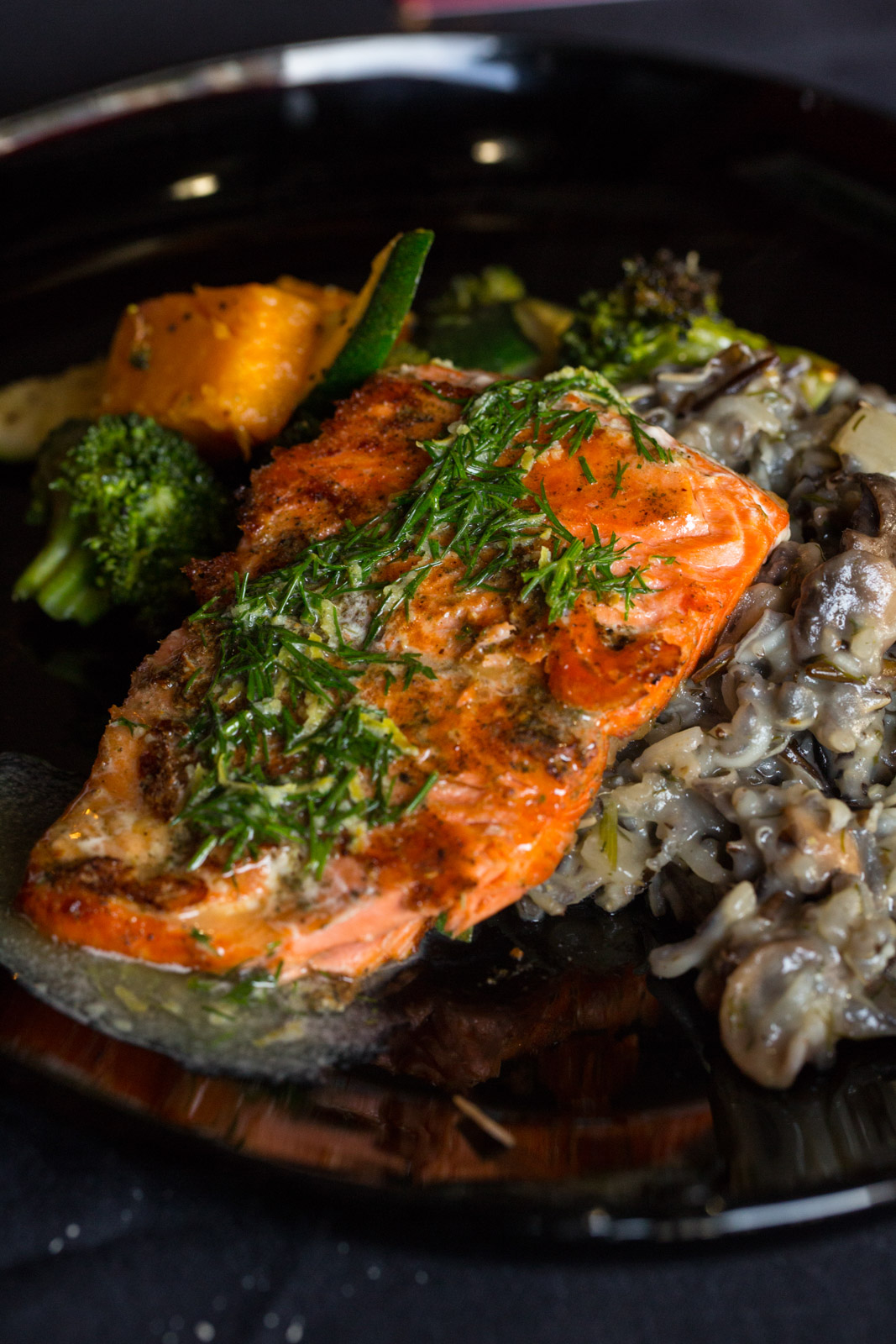 The beauty of bannock

Lelem’ recently streamlined its offerings to be more takeaway friendly, focusing on bannock tacos, which Knights calls “a cult classic that you find at different powwows. It’s not the healthiest food, but if you have a fresh piece of fried bannock and it’s done right, my goodness, it’s good!”

The Navajo in the western United States popularized this hybrid dish, according to Knights, and its flavours have grown increasingly diverse. Lelem’ fills its bannock tacos with shredded beef, smoked salmon, jerk chicken, or tofu.

Even a popular traditional food like bannock has a complicated history, arriving with settlers from Scotland. “There’s always a huge debate” stemming from the dish’s colonial origins, Natrall notes, but Indigenous peoples have made breads since ancient times. The Coast Salish dried and ground lichen to prepare flat bread, baked on hot rocks, he explains. When settlers brought ingredients such as flour, Indigenous cooks simply incorporated them into their own food preparations.

“My mom would make bannock for us growing up. She started teaching me how to make bannock at home when I was about 10,” says Maggie Wallace, a member of the Lil’wat Nation, raised in Mount Currie. Wallace is now a lead cook apprenticing with executive chef Felix Breault at Whistler’s Thunderbird Café, inside the Squamish Lil’Wat Cultural Centre. 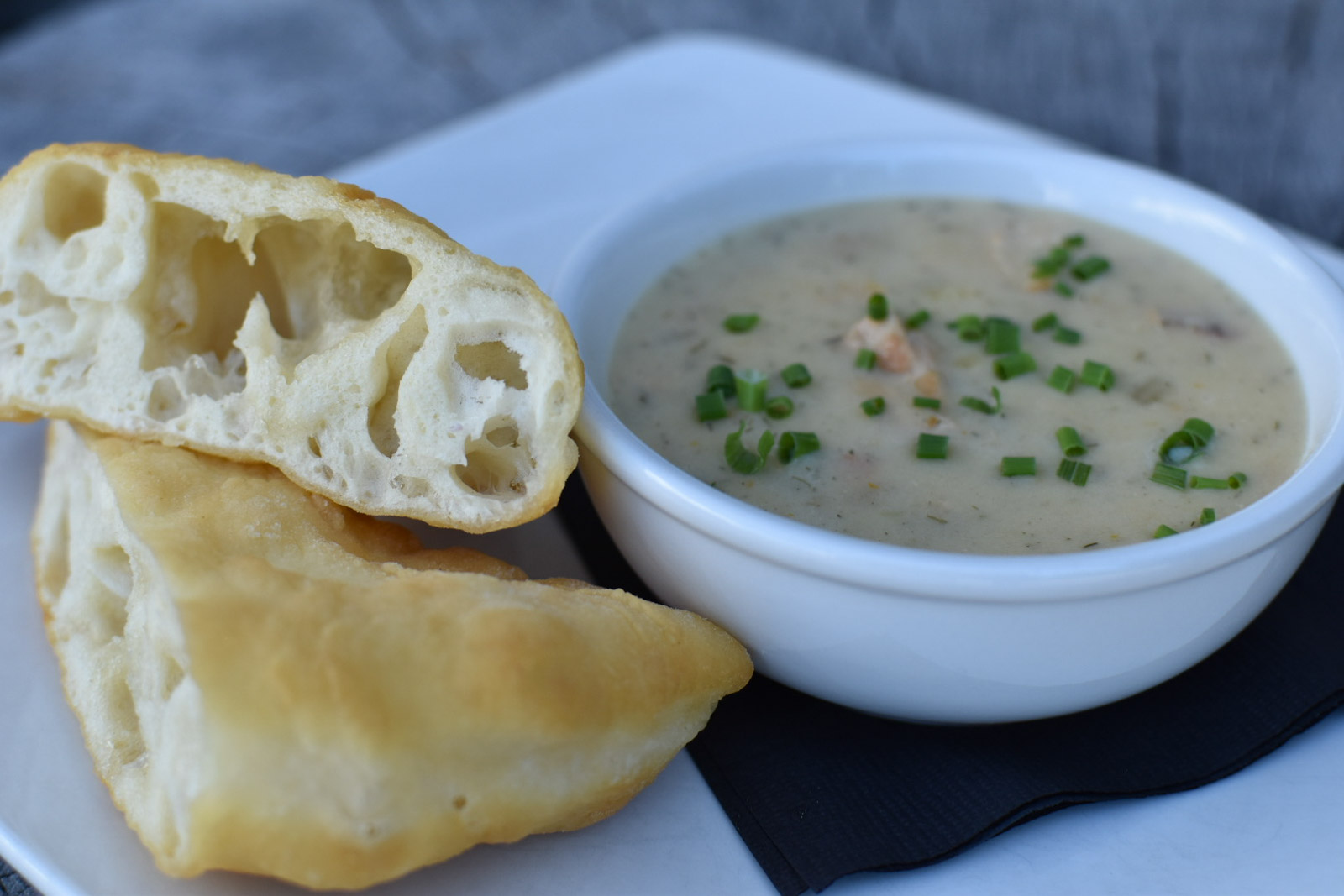 Both locals and visitors warm to the café’s venison chili and salmon chowder served with bannock. As Wallace explains, “We take staples from our traditional diet, and we add a modern twist.”

What’s next for Indigenous restaurants?

Indigenous cuisine “is definitely getting a lot more recognition than it did 10 years ago,” Wallace says, and Natrall insists that providing opportunities for Indigenous youth is key. He’s working with two young chefs at Mr. Bannock now and says, “I’m hoping to teach and share my knowledge.”

Natrall also serves on the board of Indigenous Culinary of Associated Nations,  a consortium of Indigenous chefs “showcasing the variety of our food culture,” Natrall says, and “looking at what we need to grow,” including identifying opportunities for Indigenous farmers and food suppliers. 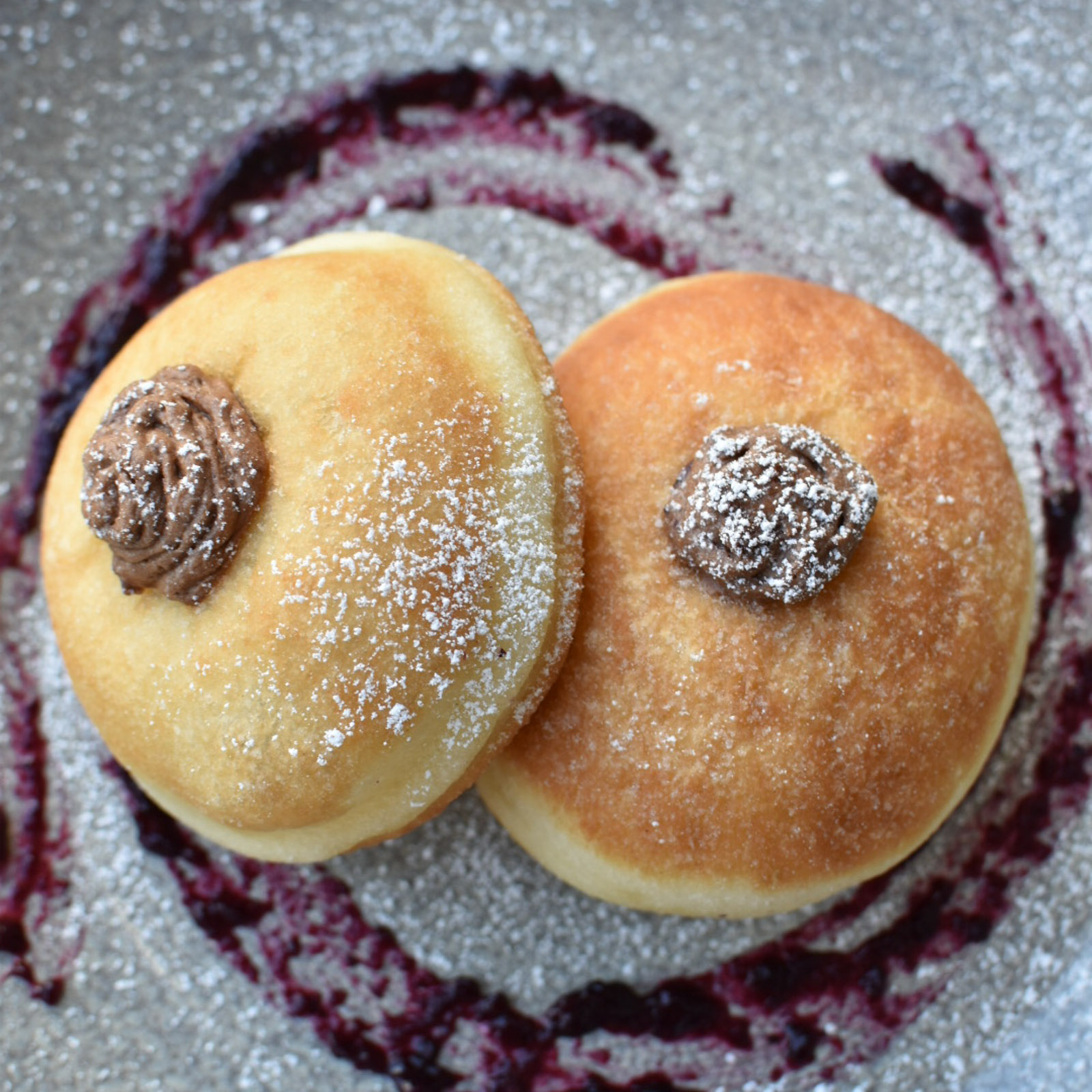 Sourcing traditional ingredients remains a challenge, Cook agrees. At Salmon n’ Bannock, she and her all-Indigenous staff have experimented with smoked oolichan (a smelt-like fish), sea lion, herring roe, and other Indigenous foods “which are a delicacy in so many different nations.” Yet despite positive feedback from customers, because most of these products aren’t available from commercial suppliers, Cook says provincial health regulations prohibit her from serving them.

“Imagine going to Paris and not being able to serve traditional French foods. People would think that was insane.”