Kelvin Harrison Jr. (left) stars in the film Waves. Photo courtesy of A24.

Waves is an audacious movie. The story of a middle-class family working hard to do well, to create opportunities for their kids. A family that eats together, checks in on in each other—and is still blind to the pressure bubbling under the surface. The pressure to succeed, to save face, to please until, seemingly inevitably, tragedy strikes.

And, at that point of chaos and hurt and crisis—and what would form the climax of most movies—indie U.S. writer/director Trey Edward Shults spins the focus, shifts the tempo and creates a sublime third act that is as bravura as it is unexpected.

But what some find more audacious about Waves is the fact that the family it portrays is black and its 31-year-old director is white. Not least when that director says it’s his most personal film.

“It’s nuanced,” Shults tells me when I ask if the script had focused on a white family initially. “Basically, the idea of the script was broad and non-specific for many, many years before the writing was started. The idea was basically swirling around in my head.” 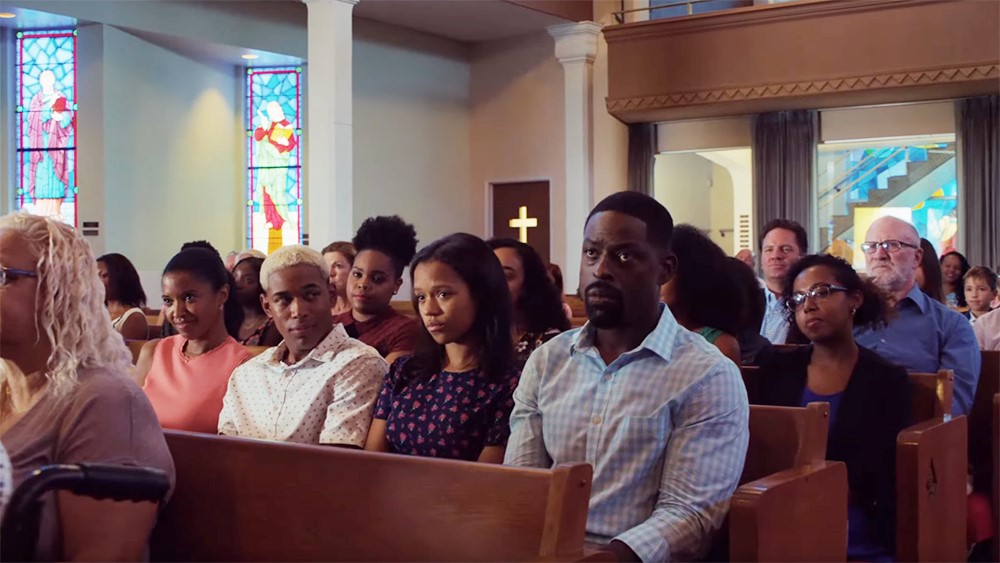 Photo courtesy of A24.

That changed when Shults cast Kelvin Harrison Jr. in his 2017 horror flick, It Comes At Night. “As soon as I met Kelvin that’s when I felt it was meant to be and it all clicked into place,” Shults explains. “And once I started writing Waves a year later, it was always, always tailored to Kel, and a black family.”

The risk, at a time when questions around authorship and cultural appropriation are acute and ever-present, was intense and perhaps even more so for Waves’ black actors, including This Is Us star, Sterling K. Brown.

“I was aware of it, we were all aware of it,” acknowledges Harrison of his fellow cast members. “We had countless discussions before walking into it without any hesitation. At that point, we were like, ‘Let’s do this.’

“And that’s the point of making art—the challenge is all. That’s what we wanted to do: challenge ourselves and challenge the people who watched this movie. At the end of the day we all experience grief, we all experience loss and fear in some way, and this story was going to resonate with a much broader audience if we told it honestly, truthfully, and without fear.”

The relationship between director and actor that sparked the shifting of the story from Shults’ head to the page, also grew stronger as they developed what would become Waves.

“We had very long conversations about our experiences growing up, and our dads, and our romantic relationships,” recalls Harrison, who was most recently seen playing the title role in Luce. “By the time I read the script it just blew me away. To see such a beautiful reflection of a middle-class black family was shocking; someone says they love you, and then you read [their script] and you know that they really love you. 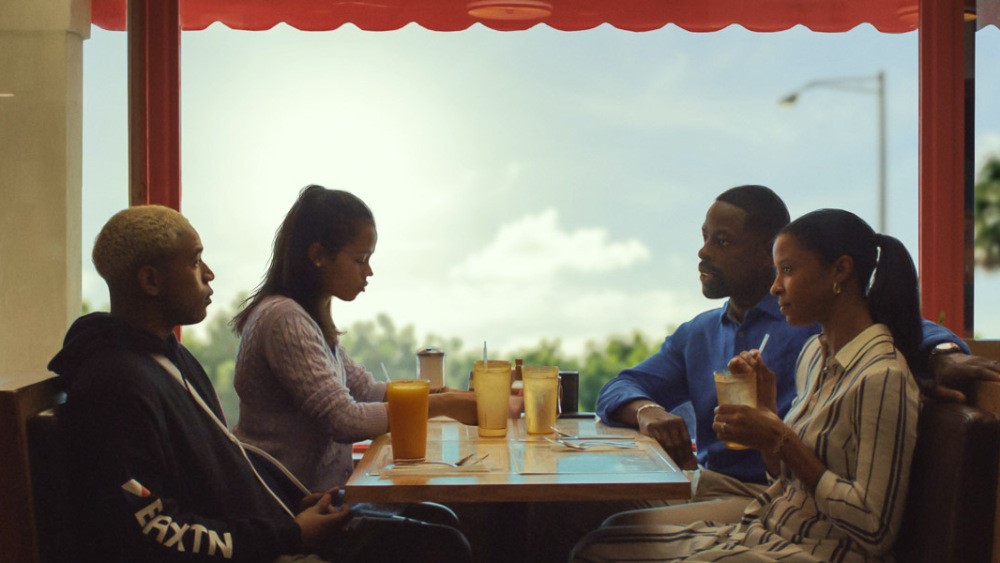 Photo courtesy of A24.

“I knew it would be neglectful of me to just ignore what my specific community would feel if they saw this movie without knowing and understanding the process of how we got there,” he adds. “And at the same time there was a comfort in knowing that my relationship and my personal connection to Trey was so strong and so profound, and so realized that I never feared that he would show us in a light that wasn’t truthful to who we are.”

Shults—who gave Harrison his choice of the two central teenage boy roles (the other is played by Lucas Hedges)—is clear how crucial that relationship was to the making of the movie. “My hope,” he says, “is that what makes it work is everything Kelvin was just talking about. You’re starting with two people who know each other and love each other and are trying to make something they love together, and it is a collaboration.

“I hope I make movies with Kel for the rest of my life.”

Harrison laughs, adding: “I made him sign a paper napkin deal that I will be in all of his movies. If he breaks that, he breaks the brotherhood.”