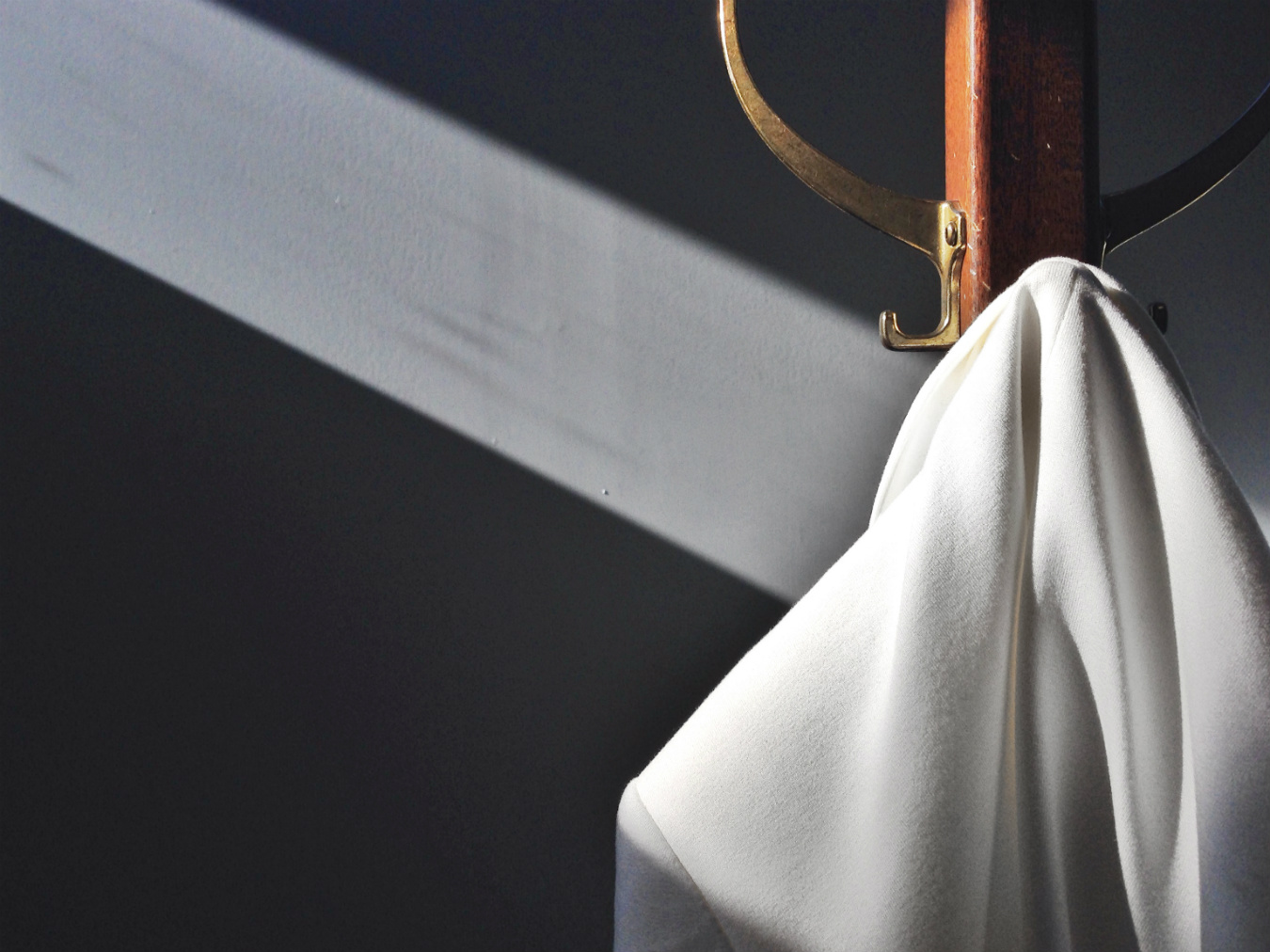 Now that Labour Day has come and gone, perhaps you have noticed that people are behaving differently towards you. They glare at you in the street; they whisper behind your back; they key your car while you sleep; they spit in your soup before serving it to you. (Yes they do.) The reason, probably, is that you are still wearing white. No white after Labour Day—that’s the rule. During the summer you’re all Luke Skywalker/Princess Leia and then wham, it’s September. Darth Vader time. Break the rule and whatever happens to you is your own fault. It’s worse than putting a hat on a bed.

There’s a practical aspect to the mysterious old rule. White is cool and heat-reflecting, a particularly helpful quality if you lived in an era when people wore three layers of clothing to the beach, and air conditioning consisted of servants waving fans. In the 21st century, when people attend business meetings wearing tank tops and Bermuda shorts, the rule is no longer quite as relevant. But it’s a rule regardless. Disregard rules and what do you get? You get traffic chaos, Gwyneth Paltrow stuffing herself with sour cream and onion potato chips, and mayors of major metropolitan centres doing stuff you wouldn’t believe. Trust me on this.

What worries me is the other rules, the ones we’ve forgotten. What havoc are we wreaking upon society in our ignorance? In Halifax, taxi drivers are forbidden to wear t-shirts. But do they? The Currency Act of 1985 mandates shop owners have the right to refuse a purchase of $5 or more paid entirely in nickels. Stop it. Section 163 of Canada’s Criminal Code makes it an offence to own a “crime comic,” i.e. a comic book in which illegal acts are depicted. How long has the crime comic crime wave been making our lives hell?

On the other hand actually tackling criminals while wearing a bat costume is not specifically prohibited, as far as I know. And nobody would be caught dead in a white bat costume, before or after Labour Day. You’re good.