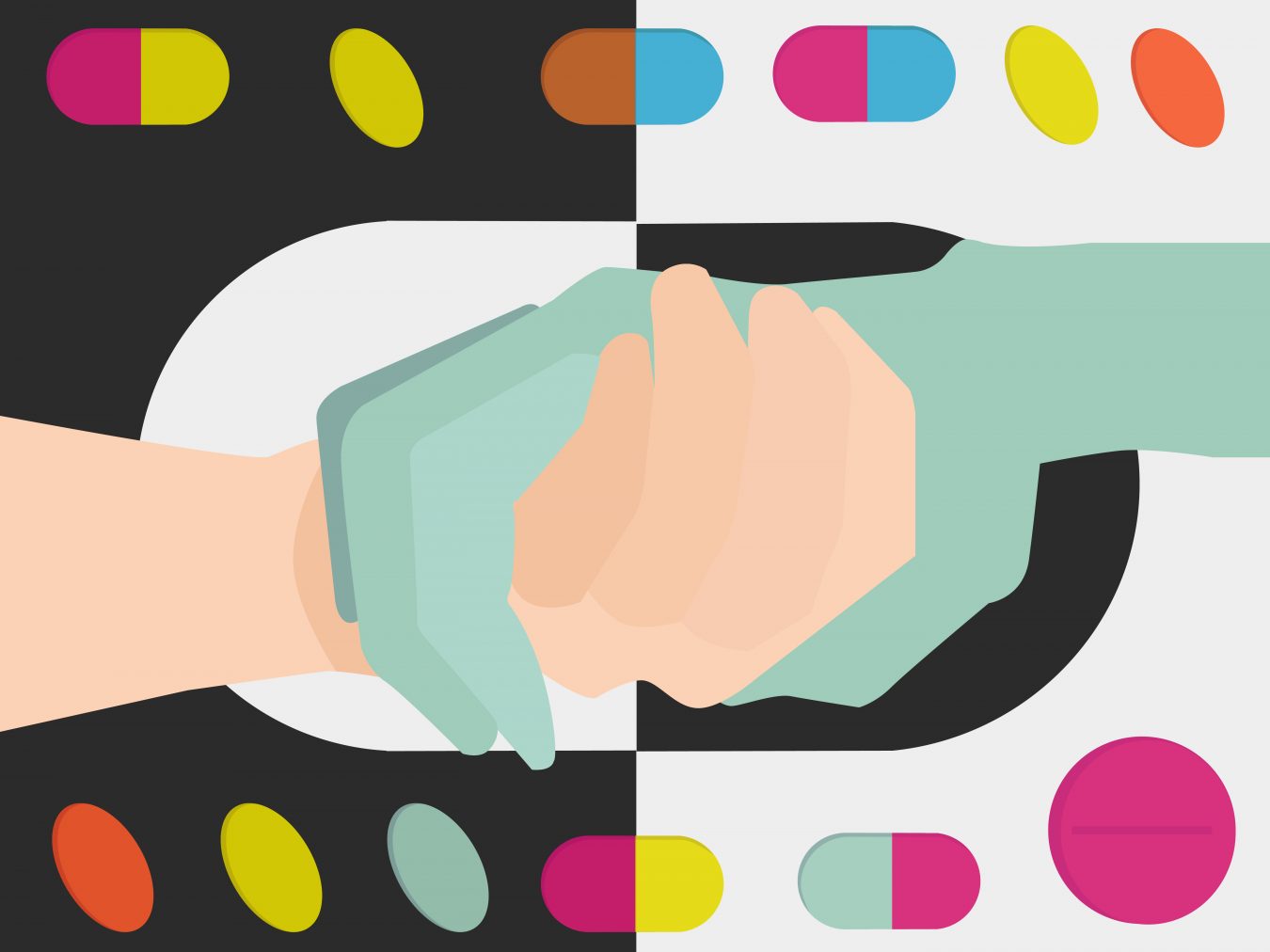 It’s a message she has undoubtedly carried with her through her 15 years of harm-reduction, anti-poverty, and homeless-advocacy work in Vancouver, right up to her current gig as chief operating officer for a trailblazing start-up called Brave.

Founded by former Curacao-based lawyer Gordon Casey, Brave is a for-profit cooperative that creates technology to help save the lives of drug users in the here and now. It’s not about offering clean injection tools, and it’s not about rehabilitation—it’s about providing people with real-time support and assistance when they are using. “We’re very focused on people not dying of overdose, rather than people getting into recovery or them being successful at recovery, or expanding medical-assisted treatment,” Casey says, seated in a chair next to Krieg in the coworking space the company rents at Main and Cordova, in the heart of the DTES community.

After a few ineffective iterations, Brave found success in Vancouver—where Casey and his family moved a few years ago, drawn to the city’s relative openness to advancement in harm reduction—with the Brave Button. Placed in the rooms of DTES residents at risk of an overdose, the tool allows each person, with a simple push, to essentially call for help. The internet-enabled button alerts building support (both peer workers and staff), who are required to check in on the person within three to five minutes and can administer the life-saving medication Naloxone if an overdose has occurred.

British Columbia’s opioid crisis is steadily getting worse, and the statistics are jarring. In 2010, there were 211 recorded overdose deaths; in 2017, that number jumped to 1,450. According to a 2018 report by the British Columbia Coroners Service, the increase is largely due to the introduction of the synthetic and often fatal opioid fentanyl into the market; a cheap alternative, it is often secretly laced in heroin and sold on the streets without warning. The coroner report also notes that 63 per cent of the overdose deaths between 2016 and 2017 occurred in private residences, making the Brave Button’s placement in individual rooms specifically important.

The button was tested in a pilot project with RainCity Housing (notably, all residents were compensated for their participation) over 11 days in June 2018. “Everybody liked it, everybody wanted it, everybody wanted to use it even if they didn’t use it,” Casey says. “Sixty-five per cent of people did use it. They used it for everything from safer consumption of their drugs to overdose alerts.”

Casey began toying around with the idea of Brave—that is, some iteration of a social enterprise empowered by technology—when he was setting up off-shore hedge funds for clients in the Caribbean. While he always had a side-passion for positive change and innovation, he eventually realized that in order to make a proper difference, he needed to focus on it for his day job, too.

“We’re very much a mission-driven organization,” he says of the business today. “The structure is driven by the mission. We’re definitely a technology company; I wouldn’t be here if there wasn’t a technology element to it, because that excites my brain side of things. And everything else is for my heart side of things.”

Along with the Brave Button, the company is working on a number of other products: Be Safe, an app that allows people in isolated places to receive remote supervision when using drugs (in pilot); Respondr, an app that connects people at risk of an overdose with service workers carrying Naloxone (in testing); and Odetect, a wearable heart monitor to help recognize early signs of overdose (in development). The company is also expanding for the first time outside of Vancouver, working with the various micro-communities in Ohio to see how the Brave model can help the work already being done in the state.

“For me it’s really exciting to think about moving the actual needle on overdose deaths,” says Krieg, explaining what drew her to Brave. “I think of my work very often in a very sad way, at the end of the day, as triage, basically—I’m putting a tourniquet on something so it doesn’t bleed out, in a lot of the work that I do, and this is a better tourniquet. It’s a still a tourniquet…”

“But it’s a better tourniquet, and it’s a more widespread tourniquet,” Krieg continues. “It’s not myopic on Vancouver, but looking more at North America and problem-solving in each of those little microclimates, which is also really interesting and vibrant work.”

And despite the fact that Brave is a for-profit enterprise, it approaches its efforts from a place of holistic social justice. “We’re coming at it from an oppression-informed lens. How we’re acting now is really important to make sure that we’re not further marginalizing drug users and putting them even more at risk over time,” explains Krieg. “The easier money, or the more direct-line market, is in the punitive head space, because that’s how people view drug use: in a criminalized lens, or a moralistic lens. So when we’re coming at it from a harm-reduction perspective, which is literally just meeting people where they’re at when they’re the most at risk—without putting any of the other moral or criminal aspects around that framework—it’s a harder road than to say, ‘We’re going to sell this information to somebody.’”

Indeed, Casey has been told many times to meet with big pharmaceutical companies—but for him, that would be doing a disservice to the drug-using communities and to himself. “Can we build something that works for the people on the ground, and then is it feasible that something would spin off that, that maybe they [pharmaceutical businesses] would pay for? Yeah, maybe, okay,” he muses. “But I’m not going to start thinking about that, because that is just so going to taint everything I do, and my mindset.” If Brave is about providing effective tools and services to the real people who need them, then that’s where it needs to be focusing its efforts. Taking the right path, even if it’s the harder one—now that’s brave.