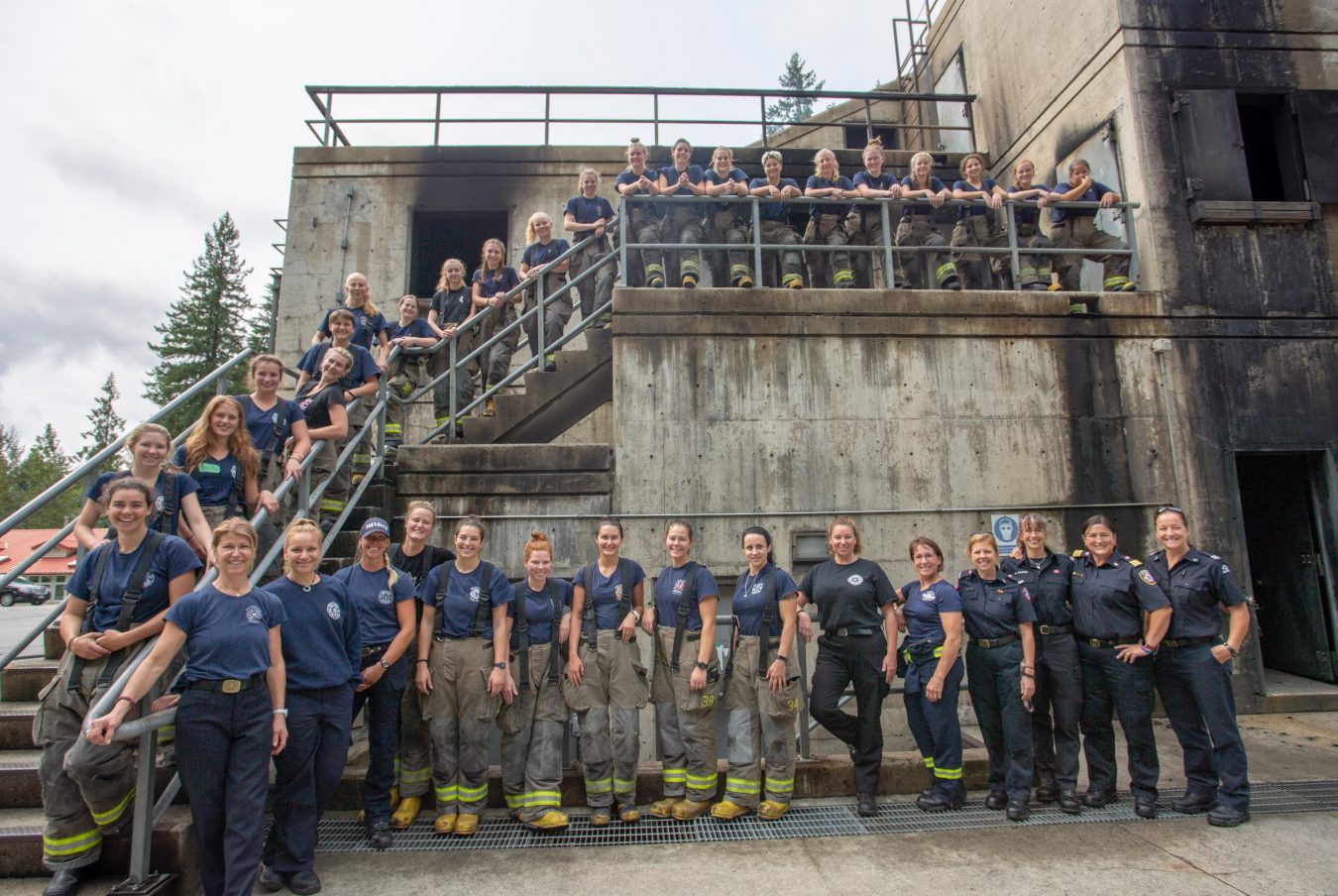 “One of the things that we often say is: ‘You can’t be what you can’t see,’” says Haida Siegmann. The captain of fire prevention for the District of North Vancouver and a director of Camp Ignite points to the minuscule number of women in Canadian fire service as a major reason why young females don’t consider it a career option. But that is where Camp Ignite, which was founded in the Lower Mainland eight years ago by a group of female firefighters, comes in: the only program of its kind in Western Canada, it exists to empower young girls while showcasing the fire service to them.

Taking place over four days each summer at different locations in Metro Vancouver, Camp Ignite hosts 20 girls in grade 11 or 12 who are selected and sponsored by a fire department in their own districts. Each day of the camp is different and is hosted by either a fire department, a school like the Justice Institute of BC, or a specialized organization. Activities and demonstrations change depending on who is hosting and what organization has volunteered to participate; as such, attendees may experience a first-aid class one day, an introduction to hose handling and rope training the next, and then build up to aerial work, live fire handling, and auto extrication.

Camp founder Jenn Dawkins, the first female firefighter in Maple Ridge and current acting lieutenant of Vancouver Fire Rescue and Service, wanted to introduce girls to the industry in an organic way—and in a completely female environment. “It really shows them that they can overcome a lot of their fears and do things that they didn’t think that they could do,” she says, “which will hopefully translate into other areas of their lives.”

Camp Ignite is run by doers—women who want to show young girls what is possible. “The camp has gone from just this idea that one person had, to a not-for-profit organization that is impacting girls,” says Siegmann. Some of the camp’s graduates have gone into careers in the fire service (both career and volunteer), but what Siegmann says is most important is that the skills taught to these students are transferable. “It’s not just the one career anymore,” she says. “There are different crossovers that can happen within the emergency services, and it’s just great to make that opportunity available to gals.” They have seen some of their alumni go into policing, ambulance work, and other careers in emergency services.

So while the numbers won’t change overnight, a strong web of women in the fire service does exist now, and it seems to be gaining momentum. “We all need those support networks and those mentors,” acknowledges Siegmann. And Camp Ignite is only adding to that positive change.