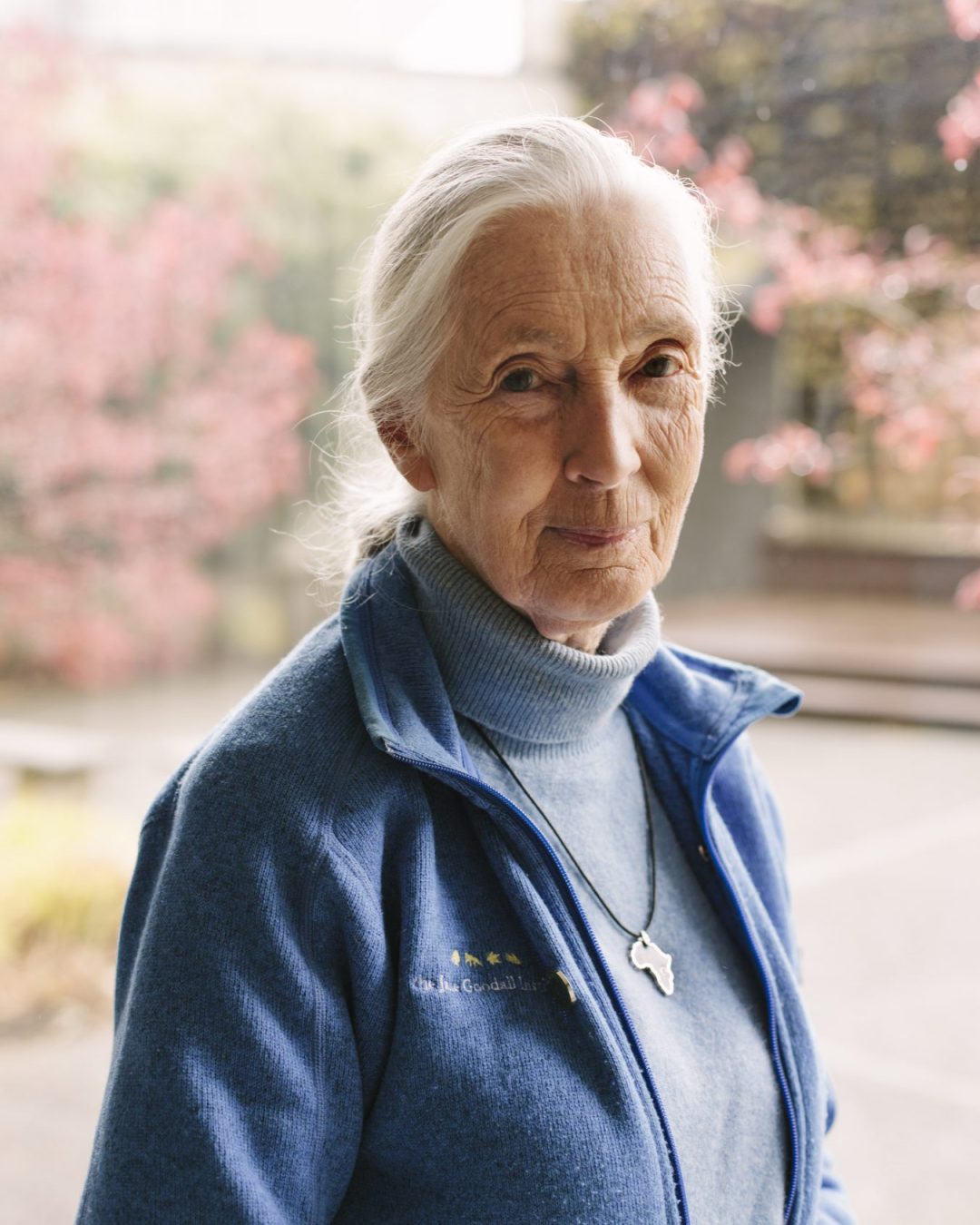 “I’m an obstinate kind of creature. I refuse to be downtrodden.” Such a statement seems at odds coming from the soft-spoken, petite, and snowy-haired figure sitting at the front of the room—a woman who emanates gentleness and warmth. But nobody familiar with the singular life of Dr. Jane Goodall can doubt it is true.

Her career began when, as a young woman of 26 and with no formal education in science, she headed into the dense jungle of Tanzania to live with and study chimpanzees in their natural environment. Some fifty years later she hasn’t slowed, although her mandate has widened; she spends around 300 days a year circling the globe, speaking to tens of thousands of people and preaching the importance of preserving our delicate world and all the creatures it contains.

In her years in the jungle, Goodall discovered that chimpanzees create tools, display a range of emotions, bond with one another, and navigate complex social groups. Prior to her observations, these traits were believed to be exclusively in the domain of humans. Through breakthroughs such as these, she redefined the very definition of man—one that is growing shaky as we continue to undermine the survival of our own species.

“It’s utterly bizarre,” she says to a small group of guests at the Pacific Gateway Hotel, prior to her talk at the Chan Centre for the Performing Arts in Vancouver. “The most intellectual creatures to ever live—the one thing that separates us from the other animals—we can design rockets that go to Mars, yet we’re destroying our only home, which is a total contradiction.” We may have gained brilliance, Goodall says, “but we’ve lost wisdom.”

Of course, humans play an oversized role on earth. But every species, no matter how minuscule, no matter how “useless” to humanity, is as significant as any other. “It’s a tapestry of life,” Goodall explains. “The one species that is not contributing in a meaningful way to the tapestry is us. We’re pulling out all the threads.”

Through her worldwide Jane Goodall Institute, her extensive writing and film projects, and her gruelling speaking schedule, she hopes to slow and ultimately stop that unravelling. University and high school students pack the crowd at many of her events, and it’s these upcoming generations, the ones who will grapple with the consequences of the decisions made today, that give her hope.

The youth program she founded, Roots & Shoots, is now in 98 countries. They don’t assign their students specific projects, instead arming them with the facts and setting them loose to tackle the issues dearest to them. “Everywhere I go, there are young people that want to tell Dr. Jane what they’ve been doing to make this a better world,” she says. And everywhere she goes, Goodall tells them to keep going. “I keep going because I have a message to give,” she says. “Why bother if you don’t think there’s hope?”