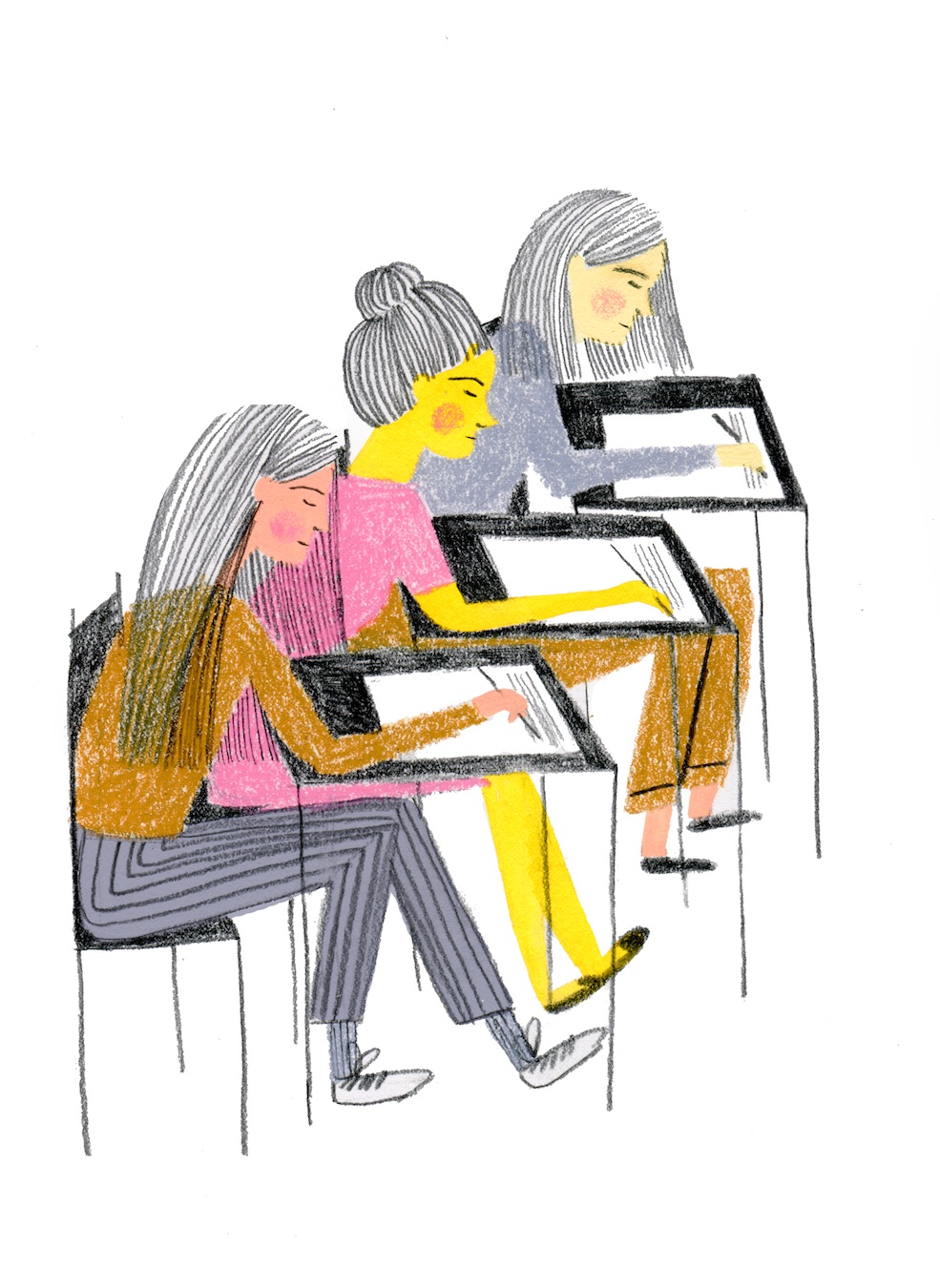 For Elee Kraljii Gardiner, figure skating is a language. It’s one she grew up speaking to her mother—Olympic champion Tenley Albright—and one that taught her the process and significance of collaboration.

And though she stopped skating at 12, Gardiner’s relationship with the sport runs deep. “Skating was the culture of my family. It’s like growing up first-generation Canadian, growing up around a house with a different mother tongue,” she says. “It’s something you’re deeply familiar with, even if you don’t master it yourself.” Destined to carve a different path, Gardiner took the lessons she learned from skating and channelled them into an important project: the Thursdays Writing Collective.

When the author and poet founded the collective with writer ElJean Dodge, collaboration became a key ingredient. “You can’t create in a vacuum,” Gardiner says. Thursdays Writing Collective is a free writing class that takes place in the Downtown Eastside and meets for two hours every Thursday. While anyone is welcome to attend the sessions, seats are prioritized for people living in the area; the goal is to provide a safe space for the local community to exercise their writing skills, share stories, and build off of each other. “Artists, intellectuals, and otherwise—we get better by taking notice of what other people are doing, and translating it into our own: mutating it, transforming it, learning from it,” says Gardiner. Since the collective’s inception in the spring of 2008, Gardiner has overseen the publishing of several collaborative projects and chapbooks featuring its regular participants.

Through her work with the attendees of Thursdays, Gardiner has come to understand and appreciate the wealth of experience and understanding that exists in the Downtown Eastside community. “Not only is there an astonishing amount of knowledge in the area, but the depth and breadth is so vast,” she says. “I could bring in a writing prompt from Rousseau, and have someone say, ‘Well, when did he live?’ and another person in the room will chime in with a summary of Jacobin history, and talk about how this metaphor means such and such.” Class participants have gone on to win writing grants, attend universities, self-publish books, and write plays. Gardiner recently stepped down as director of the collective for a position on the board; award-winning writer Amber Dawn has taken the helm, giving Gardiner the opportunity to sit in on the classes herself and experience the collective from a new perspective.

Gardiner recently participated in Read Local BC, an annual celebration of British Columbia publishing and writing that took place in the first week of November. It was an opportunity for her to share not only her work with Thursdays, but also her new collection of poems, Serpentine Loop, published by Anvil Press. Once again, the language of skating helped guide her way. “Life is a series of translations,” Gardiner explains. “Skating translates emotion into movement, and poetry functions similarly.” Serpentine Loop takes its name from a skating move consisting of three lobes and two loops—a trick that Gardiner never quite mastered. In the book, skating functions as a vehicle through which she can explore complex themes like gender, resilience, inclusion, and exclusion, as symbolized by a skater’s lines that linger on the ice post-routine. Serpentine Loop also shapes into a beautiful tribute to her mother.

With her vast body of writing and active role in Vancouver’s literary community, Gardiner has established herself as a master unifier through language and collaboration—if not on the ice, then on the page.