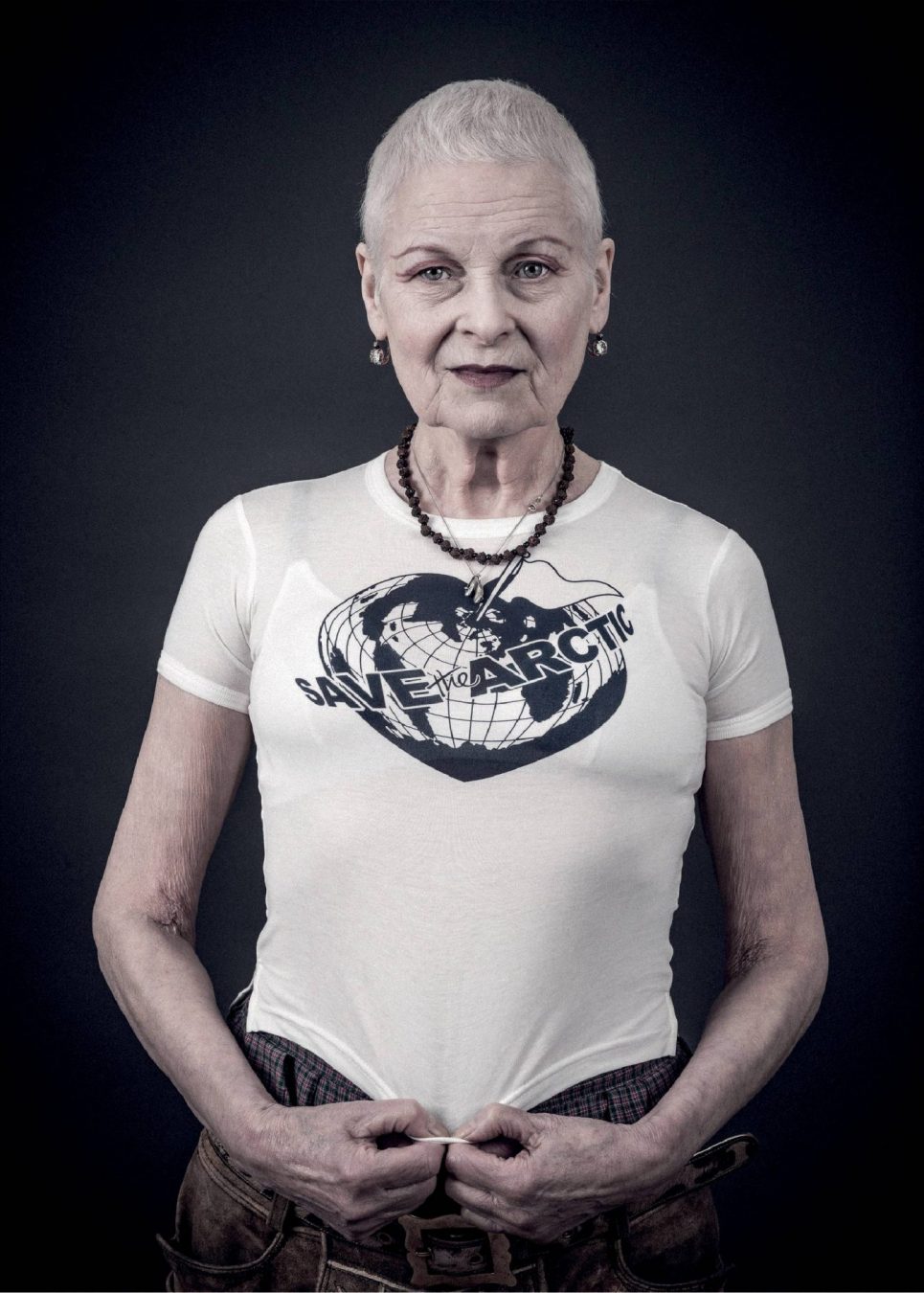 “The question is, what the hell are we going to do about it?”

Pamela Anderson asks the question, standing in front of a small group of media and VIPs at Simons Park Royal in West Vancouver. The noted environmentalist and animal rights activist is here, on Earth Day and at an extension of Vancouver’s Eco Fashion Week, to speak about the challenges that the earth is facing. “Our planet is in trouble. Biodiversity in the ocean and on land is being diminished,” she says. “The rainforests and Amazonia are being destroyed.”

It’s happening planet-wide, but the focus here tonight is the Arctic. Global warming is causing the ice to melt, affecting not just the wildlife who live there, but also the rest of the world; the Arctic is said to be warming at nearly double the earth’s average rate. Doing its part is the Quebec-based department store Simons, which partnered with fashion designer Vivienne Westwood to relaunch her Save the Arctic t-shirt design (it was created as part of a photography exhibit in 2015). Made of unbleached and organic cotton that is Global Organic Textile Standard-certified, the shirt is available in-store and online while limited supplies last. Made at a 20-year-old cooperative in Peru and printed in the UK, the shirt costs $100—but all profits go to Greenpeace’s efforts to protect this important part of the globe.

Taking jabs at both the president of the United States and the prime minister of Canada for their environmental policies, native British Columbian Anderson notes that “we need to find impossible solutions for impossible problems” and that it requires “the courage to speak up and take action.”

The fashion industry is one of the worst for pollution, but Simons is working to combat that by starting to ensure that all of the brands it carries meet environmental safety standards. And this Save the Arctic shirt is an easy way to contribute something, to start a conversation, to remind ourselves and others of our place in this world. As Anderson says: “We are part of this great global biosphere—we are not dominant over it.”